Aston Martin uses the prefix “re-” a lot when describing the Vanquish 25 by CALLUM. That prefix gets attached to words like “re-visited,” “re-imagined,” “re-designed,” “re-created,” “refined,” and “re-born.”

All those words hint at what Aston Martin has done for the car originally introduced in 2001. The Vanquish also became the last Aston Martin to be produced at its Newport Pagnell facility. Now, using “new materials, advanced technologies, and fresh inspiration,” the Vanquish is being opened up to 25 customers to build completely bespoke versions of the Vanquish.

Bringing the Vanquish into 2020 meant refining a few of the car’s already perfect proportions. One such example is that with new technology, Aston Martin is able to make the window surrounds are made as one seamless piece of carbon fiber. Stability was also addressed to make the Vanquish a more comfortable tourer.

The dampers were tuned and the springs were customised to accomplish this. The Vanquish’s anti-roll bars were made larger, and then fitted in the front and rear. Stiffer bearings that were previously only found on Aston Martin’s race cars were recruited to make further improvements to how the Vanquish handles.

CALLUM was called in to work on the V12 under the hood of the Vanquish. CALLUM’s tuning added another 60 braking horsepower to the Vanquish. For the first time ever, Aston Martin is offering a fully automatic six-speed torque-converter gearbox with that V12. Aston Martin then created a new, sculpted carbon air box, valley brace, and engine cover that not only adds more beauty, but is functional as well.

As you would expect from Aston Martin, the interior is posh and luxurious. The two-seater is done in a deep, rich blue with orange stitching as accents. The area behind the seats has been reimagined to allow for space for a custom set of luggage from Mulberry. The steering wheel and paddle shifters are new.

The new centre console is done in carbon fibre and includes an integrated audio system with CarPlay, Android Auto, and Bluetooth. The console also has an 8-inch media display.

Only 25 of the CALLUM Vanquishes will be made, with input from the buyers. As Aston Martin puts it, “For us, the Vanquish 25 by CALLUM is personal. And we want it to be personal for you too.” 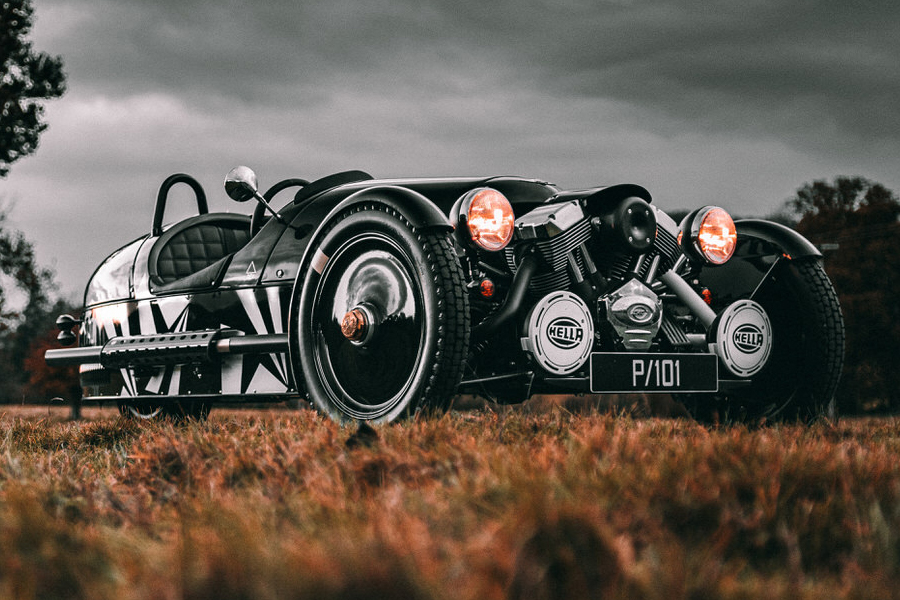 Cars
Morgan Draws the 3 Wheeler to a Close with P101