We’re almost halfway through 2020 and a good two months into lockdown, so if your eyes aren’t completely square by now, the good people over at Amazon Prime Video are more than willing to get the job done. As the temperatures drop and we officially engage ‘blanket on the couch’ mode, the head honchos have dropped a seemingly binge-worthy lineup of entertainment, sure to fill in the vacancies in your baron schedule. Settle in and grab a warm drink, here is what’s New on Amazon Prime Video in June 2020.

Hosted by Rebel Wilson, this new Amazon Prime Video original puts 10 Aussie comedians on the chopping block as they attempt to keep a straight face. Whoever laughs loses in this battle.

A terrorist thriller set in the high skies, 7500 stars Joseph Gordon-Levitt as pilot Tobias Ellis. When his plane is hijacked mid-flight, Ellis is forced to take command of the situation, which we can only presume, involves some kind of Wesley Snipes high-kick action. If you weren’t scared to travel enough already, this one might tip you over the edge.

Clint Eastwood’s contentious patriotic war-movie is new on Amazon Prime Video in June. While the country itself battles a ferocious opponent, why not drum up a little nationalistic pride. Just watch out for that fake baby.

Clint Eastwood’s second new appearance in June, Gran Torino is a perfect example of why you shouldn’t cross the elderly neighbour on your street. This is one badass geriatric and a solid performance from Eastwood, which includes a lot of snarling and borderline coherent responses.

In The Heart Of The Sea

Chris Hemsworth’s take on The Machinist, In the Heart of the Sea is a story of tremendous courage and resilience in the face of insurmountable tragedy. The film was based on a true story, which reportedly became the foundation for Herman Melville’s classic novel Moby Dick.

Guns, drugs, Benicio del Toro; cartel movies don’t really get any better than this. The runaway hit was so good it even spawned a sequel, which is why you should definitely check this one out.

Yeah, sure, this one isn’t exactly Citizen Kane, but let’s not pretend you aren’t going to watch it anyway. Rambo: Last Blood! is two hours of lip-curling, mullet-inducing violence played out in a way that can only be described as deeply entertaining.

Also known as Pain and Glory, this Spanish drama is actually incredible. The sombre performance from Antonio Banderas is truly impressive, and it’s great to see the return of prominent foreign cinema.

Firefighters and paramedics work together to save lives on a regular basis while battling their own personal issues. They are also all ridiculously good looking, so that’s a plus.

An Aussie comedy that is painfully awkward in a uniquely uncomfortable way. Think The Inbetweeners for Australian millennials.

A crack team of forensic profilers work to catch serial killers before they strike again. You’ve got your geeky tech girl, ripped SWAT team operative, awkward psychologist and Greg from Dharma & Greg for some reason. Amazingly, they always seem to get the job done in around an hour.

What new Amazon Prime Video originals are coming in June?

While Netflix holds the majority of users, Amazon Prime Video is steadily gaining traction, particularly in the US. As it can be added as part of Amazon Prime experience, the platform is often cheaper and offers its own original content. Whether it is better than Netflix is completely dependent on the type of content you are streaming.

What is the most watched movie on Amazon Prime Video?

According to Prime Insider, the most streamed movie on Amazon Prime Video over the last month was Manchester By the Sea. 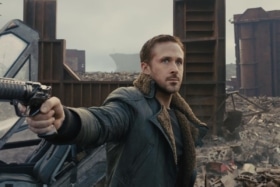 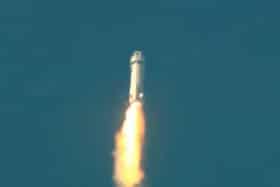