It was a huge month for music of all calibers. From breakout artists to international hitmakers, March is shaping up to be an exciting month in music and is setting a precedent for some of the incredible music that we can expect to hear in the coming months.

Melbourne up and comer G-Flip is the name on everybody’s lips. Uploading her track ‘About You’ to Triple J Unearthed on Valentine’s Day eve, no one would have expected what was to happen next. With over 120K Youtube views, 15K visits to her Unearthed profile and a review on Pitchfork’s ‘Best New Music’ page all within a week, G-Flip went from a bedroom drummer to one of the most talked-about new Aussie talents. A drummer by nature, ‘About You’ is a symphony of incredibly dark synths and remarkable drum fills, which are somehow overshadowed by G-Flip’s pure vocal talents. Keep an eye out for G-Flip in 2018.

Twin brothers Cosmo’s Midnight have picked up where they left off last year, this time collaborating with fellow local legend Winston Surfshirt – the creator of one of our unforgettable albums of yesteryear.

From the opening intro, ‘Get To Know’ slaps you with an ear-catching bassline behind a four-to-the-floor drum pattern. ‘Get To Know’ could easily be mistaken for a joint from the likes of Kaytranada or Anderson Paak with those bouncing basslines and off-beat percussions, however, layered with Winston’s mellow RnB influence, the track is taken into its own dimension of Summer oozing fun.

The Australian rap scene has been firing with talent over the past few years and one of the names coming through the scene is rising talent Kwame. Getting his start after being randomly called out to freestyle on stage with A$AP Rocky, Kwame has evolved into a promising young talent, and his new single ‘WOW’ is just that. Bound for international recognition, ‘WOW’ pops with a bass-heavy beat and a crafty flow that can be compared to the likes of A$AP Ferg, Migos and Desiigner.

Swae Lee might be better recognized as one half of Rae Sremmurd, the duo behind the mega-viral track of 2016 ‘Black Beatles’, however, it’s his solo career that’s turning some heads. After originally writing French Montana’s global hit ‘Unforgettable’, and collaborating with Khalid on ‘The Ways’ for the Black Panther Soundtrack, ‘Hurt To Look’ is Swae’s first solo single, a spacious RnB slow-jam, that wouldn’t sound astray if it had a Drake co-sign.

Confidence Man – Don’t You Know I’m In A Band

Captivating Australia with their enthusiastic sound that can only be defined as quirk-pop, Melbourne four-piece Confidence Man have returned with ‘Don’t You Know I’m In A Band’, as part of their upcoming debut album. The new single seamlessly follows up on their consistently eclectic hits over the past 12 months such as ‘Bubblegum’, ‘Better Sit Down Boy’ and their unavoidable party starter ‘Boyfriend (Repeat)’. While all their material so far has been lead by Janet Planet of the band, ‘Don’t You Know I’m In A Band’ flips the honours to fellow lead member Sugar Bones, as he lists off the cliché perks of being in a band with his pitched-down vocals. Confidence Man are quickly setting themselves up for global recognition as one of the all-time favourite party bands.

Over the past year, French production duo The Blaze has turned heads and earned mass respect with their cinematic soundscapes through techno. ‘Heaven’ is the latest inspirational piece that completes a trilogy of audio-visual releases. Their sounds is heavily European influenced, but that hasn’t stopped the rest of the world from getting on board, as the cousin duo are set to make their US debut at Coachella this year.

Melbourne’s Woodes has been one of Australia’s busiest artists over the past 12 months and after laying down the groundwork with her widely popular releases such as ’Run for It’ and ‘Dots’, Woodes has released her wonderful new single ‘Origami’ from her latest EP. Intricately delicate, ‘Origami’ offers a completely unique soundscape for Woodes and we’re here for it. Don’t forget to get stuck into her ‘Golden Hour’ EP while you’re at it.

Another budding Aussie talent to go all out this year is 21-year-old Brisbane singer/songwriter Vancouver Sleep Clinic. Establishing himself over the past few years with the release of his debut album, and features on singles from Zhu, Wafia, Madeon and Gnash – the period turned out to be troubled with label conflict.

Now releasing independently, VSC looks to be back, stepping into new EP territory, with the release of two quite different singles ‘Closure’ and ‘Ayahuasca’. The latter is an epic 8 and half minute sonic journey of moods, however, it’s ‘Closure’ that looks set to be the breakout. Featuring none other than THEY’s Drew Love, ‘Closure’ is about “not giving up on someone even though they’ve given up on you.”- something that could have manifested from his label battles or relationships. Either way, we can’t wait to hear what else the young talent has to offer in his upcoming EP this year.

Channeling the sounds of late 80s/early 90s synth-pop, Twin Shadow has recruited indie-pop superstar sister trio HAIM to offer us ‘Saturdays’. The first taste of his upcoming fourth album, ‘Saturdays’ is a positive sound of what’s to come on the record, with his sound delivering tinges of old school Prince and Springsteen throughout the track.

Album of the Month: Vance Joy – Nation of Two

Since breaking out with 2013 single ‘Riptide’, Vance Joy has quickly gone on to become one of the biggest Australian artists in the world. Following a highly successful album like his debut ‘Dream Your Life Away’ (which sold 2M copies) wasn’t going to be an easy task, however, there seems to be no departure from the Vance’s trademark style and sound on his follow up ‘Nation of Two’ – in fact it’s as good as sophomore albums get. It didn’t take long for the first single ‘Lay It On Me’ to catch on and become an international phenomenon, and after running through the blissfully emotive record on a Sunday afternoon, it’s easy to see that there are plenty more hits on the album to come. Having already made his mark locally and internationally, Vance is one step closer to complete global domination thanks to his latest record and heavy touring schedule. 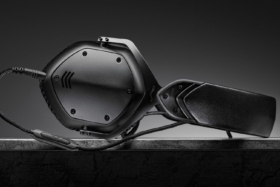 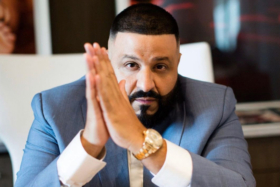 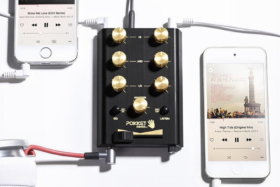 Audio
Pokket Mixer Mini DJ Takes Your Music With You