Last year, we shared the salaries of the highest-earning F1 drivers for everyone from Lewis Hamilton to Lando Norris. Although recently GP Fans published an updated list for 2020 and a lot has changed in twelve months. The top four highest earners remain the same – Lewis Hamilton, Sebastian Vettel, Daniel Ricciardo and Max Verstappen. The other standings have changed significantly. In 2020, George Russel, Lando Norris, Daniil Kvyat and several others have been forced out of the top 15 biggest earners.

There’s a conspicuously wide gap between Lewis Hamilton and someone like Pierre Gasly, whose F1 salary appears towards the bottom of the list. Still, we can confirm the following: it pays to race.

As with any popular industry, the biggest stars and talents earn the most and Formula One racing is no exception. For those who need a reminder: the autosport involves racing really (really, really) fast single-seater cars on behalf of your team. It’s the highest class of single-seater auto racing and it’s every bit as risky as it sounds, though we have a feeling the adrenaline is part of the appeal. Each season consists of a series of races—better known as Grand Prix—on roads and circuits around the world. The race results are determined by way of a meticulous points system and both drivers and constructors are rewarded.

It should come as a surprise to no one that Formula One is basically a small economy unto itself. The cost of operating a mid-tier team is expected to be around US$120 million, which goes toward job creation, political manoeuvring, R&D, and driver’s salaries, among other things. At the top of the proverbial ladder is Liberty Media, which acquired control over F1 for a cool US$8 billion in 2017. In summary: money.

GP Fans gave the earnings list in Euros, so add some zeros if you’re thinking in Australian dollars. Here’s a list of the top F1 drivers and their 2020 salaries.

Widely considered one of the greatest drivers of all time, British racer Lewis Hamilton is a six-time Formula One World Champion. He used to race for McLaren until switching over to Mercedes in 2013. Well played, Mercedes!

The first and only black racecar driver in the history of F1, Hamilton currently holds the following records: most career points of all time, most pole positions of all time, most grand slams in a single season, and most points in a single season. He’s also the runner-up in a range of other categories, including World Championship titles, race victories, and podium finishes.

Given all of Hamilton’s accomplishments, his appearance at the top of the F1 driver salary list comes as a surprise to essentially no one. He signed a new two-year deal in 2018, which is set to expire at the end of this year.

Germany’s Sebastian Vettel began his career as a test driver and soon became the youngest pole-sitter and race winner in F1 history. While driving for Red Bull, he snagged four World Championship titles in a row, competing in some of the most legendary showdowns of the last 20 years.

Since signing with Ferrari in 2015, Vettel’s career hasn’t exactly been as consistent or extraordinary. Nevertheless, he still manages to take home the second-highest F1 driver salary. That makes him a perennial runner-up to Lewis Hamilton in sport and salary alike.

Some fans were baffled when this Australian driver signed a two-year contract with Renault in 2018. Here to provide clarity is Daniel Ricciardo’s salary of €18,000,000 per year, which is much higher than what he was earning with Red Bull. Based on his performance in the time since, however, one might wonder if Renault is suffering from buyer’s remorse.

By the end of the 2019 season, Ricciardo was in 9th place in the championship with a tally of 54 points. For the 2020 season, he’ll be partnered with Mercedes reserve Esteban Ocon. Here’s hoping it results in a change of luck for the talented driver, who does our nation proud. 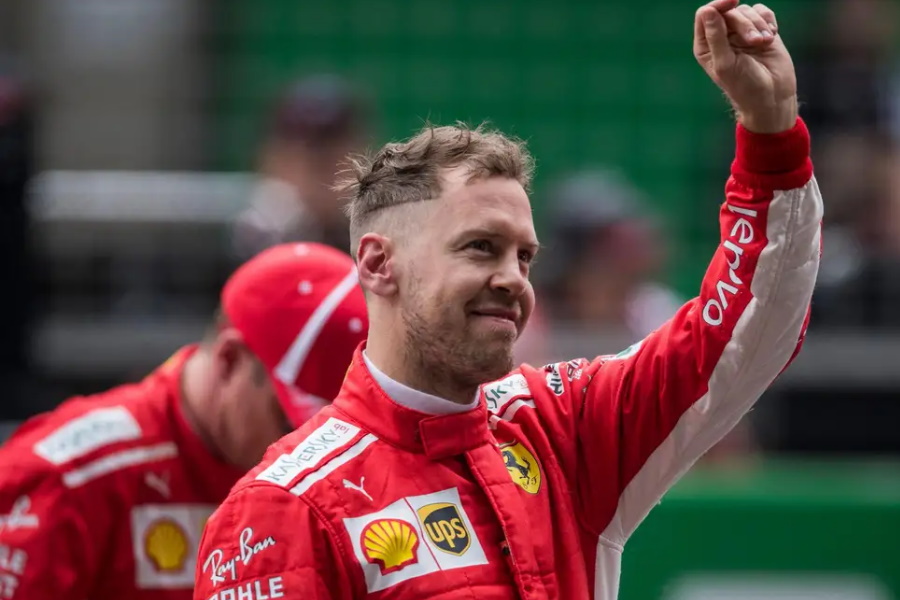 Belgian-Dutch driver Max Verstappen was just 17-years-old when he raced in the 2015 Australian Grand Prix, making him the youngest driver to ever compete in F1 history. While he doesn’t have any World Championship titles to his name, the man still has plenty of time to make it happen. He just turned 22 last September, after all.

22-year-old Charles Leclerc made his Formula One debut in 2018 for Sauber before shifting Ferrari in 2019. He won the Pole Trophy in the 2019 F1 season becoming the youngest driver ever and the first non-Mercedes driver to win. Leclerc finished in 4th place for the 2019 Formula 1 season and is already earning big bucks. Keep an eye on this one.

With his respectable F1 salary of €7,500,000, Finnish driver Valtteri Bottas doesn’t earn nearly as much as his current racing partner, Lewis Hamilton. Of course, another way to look at it is that Bottas earns far more than the majority of F1 drivers. It’s all about perspective, folks. The 2019 season was quite good for Bottas, who’s been racing for Mercedes since 2017. He finished the season in 2nd place behind Hamilton, making it his most successful season to date. Overall, he recorded 4 wins, 15 podium finishes, 5 pole positions, and 3 fastest laps. 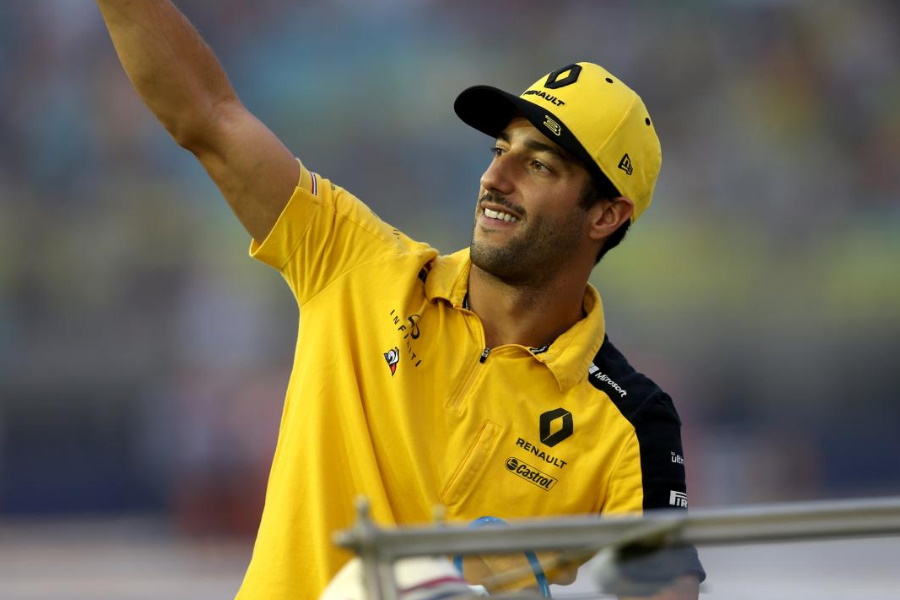 Nicknamed “Iceman,” Kimi Raikkonen is a Finnish-born driver and seasoned veteran. At age 40, he’s still a racer to be reckoned with and took out his one and only Championship back in 2007. After nine seasons, he left the Formula One to compete in the World Rally Championship in 2010 and 2011, returning to Formula One from 2012. In addition, Raikkonen also finished second overall in 2003 and 2005, and third in 2008, 2012 and 2018. Raikkonen has won 21 Grands Prix, making him the most successful Finnish driver in terms of Formula One race wins. He finished the 2019 season in 12th place.

Son of the legendary rally driver who bears the same name, Carlos Sainz Jr is a Spanish driver who began racing Formula 1 in 2017 with Toro Rosso at age 23. Since then, Sainz has driven for Renault and Red Bull Racing before moving to McLaren in 2019 to replace the retiring Fernando Alonso. At the 2019 Brazilian Grand Prix, Sainz took his first Formula One podium finish with third. He finished the 2019 season in 9th overall.

Nicknamed “The Mexican Wunderkind,” Sergio Perez took his first Formula One podium at the 2012 Malaysian Grand Prix with Sauber, before moving to McLaren, then Force India until the team went into administration in 2018. Perez now races for Racing Point F1 where he signed a 3-year contract extension in 2019. Serio Perez placed 10th overall in the 2019 F1 season. 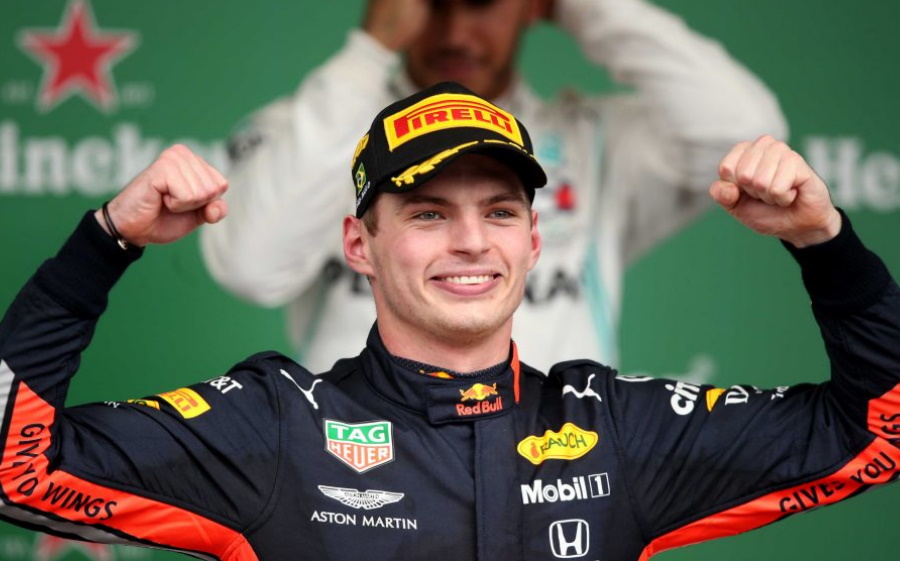 23-year-old Esteban Ocon is currently signed to Renault and is Daniel Ricciardo’s teammate for the 2020 season. He made his Formula One debut for Manor Racing in the 2016 Belgian Grand Prix, replacing Rio Haryanto. Ocon was Mercedes’ reserve driver for 2019, so did not place. He was a contender to take the second Mercedes seat alongside Lewis Hamilton in 2020; however, the team decided to continue with Valtteri Bottas. Ocon now has a new opportunity to prove himself with Renault and justify his impressive salary.

23-year-old Thai-British racing driver Alexander Albon currently drives for Red Bull Racing. He raced for Toro Rosso for the first half of 2019, before being promoted to Red Bull for the second half of the season, replacing Pierre Gasly who has returned to Toro Rosso. The shift has provided Albon with a huge boost to his earnings, having been ranked 15th on this same list last year. Albon placed 8th overall in 2019.

Let’s give it up for Canada and its foremost F1 racer, Lance Stroll. He joined Racing Point (formerly known as Force India) in 2018 and scored his first points for the team at the Australian Grand Prix. He’s also the son of billionaire Lawrence Stroll, who happens to be part owner of Racing Point. Does that mean part of Stroll’s F1 driver salary is the result of nepotism? We’ll leave that one for the fans and haters to hash out! 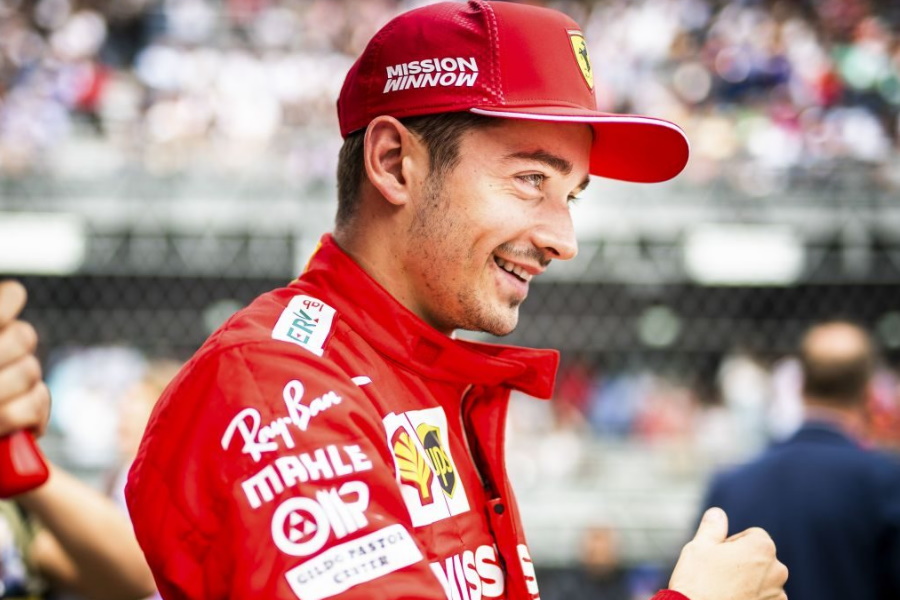 This French-Swiss racing driver was the first since 1994 to get banned from F1 after he caused a multi-car pile-up at the 2012 Belgian Grand Prix. He returned the following year and drove for Lotus until 2016, which is when he moved over to Haas. He’ll remain with Haas until his contract expires at the end of 2020.

It’s hard to talk Kevin Magnussen without bringing up his legendary father, Jan Magnussen, a four-time Le Mans GT class winner and former F1 driver. Of course, Kevin is a veritable talent in his own right, who rose through the ranks as part of McLaren’s Young Driver Programme. After brief stints with McLaren and Renault, he moved over to Haas in 2017.

Pierre Gasly was a GP2 Series champion before he made his F1 debut in 2017, racing for Toro Rosso. He moved up to Red Bull by 2019, only to be unceremoniously demoted mid-season. That put him back in the Toro Rosso ranks, where he achieved five points finishes during the remainder of the season. At the now-famous 2019 Brazilian Grand Prix, Grasly capitalised on all sorts of chaos to finish in 2nd place. It was the first podium finish of his Formula One career and Toro Rosso’s best race result since the 2008 Italian Grand Prix. In 2020, Gasly is racing for Alpha Tauri.

How much do f1 drivers earn?

The salary for a Formula One driver can swing wildly from one competitor to the next. Driver Lewis Hamilton earns as much as £40 million a year, but that's well above the average. At the other end of the spectrum is Alexander Albon, who earns £130,000 a year.

Who is the richest Formula One driver?

Michael Schumacher is the richest racing driver of all time, though he retired from F1 in 2012. Among current racing drivers, Lewis Hamilton has the greatest net worth.

What is Lewis Hamilton's annual salary?

What is Max Verstappen's salary?

F1 driver Max Verstappen races for Red Bull and recently made £10 million a year. In January 2020, he extended his contract with Red Bull through to 2023 for an unknown sum. 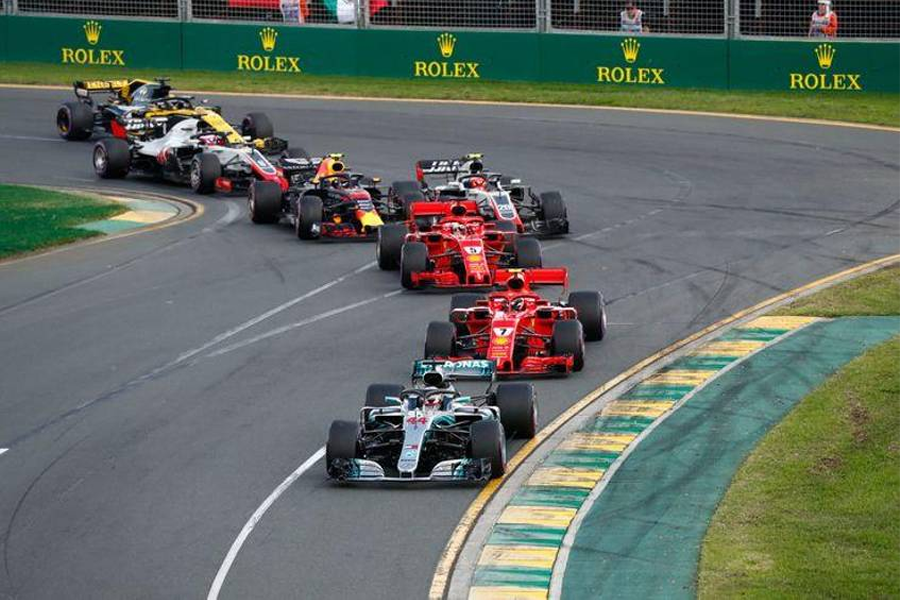