Big may be beautiful but in the watchmaking world, sex appeal is measured in millimetres. Iconic Swiss Maison Piaget is living proof of that. Since the late 1950s, the Geneva-based watchmaker has forged a unique path to success, pioneering an indelible legacy of ultra-thin movements that refuse to compromise precision in search of scalability. Truly, the manual 9P and automatic 12Ps of the time were integral in spurring a new watchmaking practice, steeped in tradition but fiercely innovative, but it wasn’t out of the ordinary. The foundations for Piaget’s microscopic ethos were laid way back in 1874 when the newly-conceived brand set its sights on ultra-thin components that offered precise modern timing without the bulky exterior. Flash-forward almost 150 years and nothing has changed. 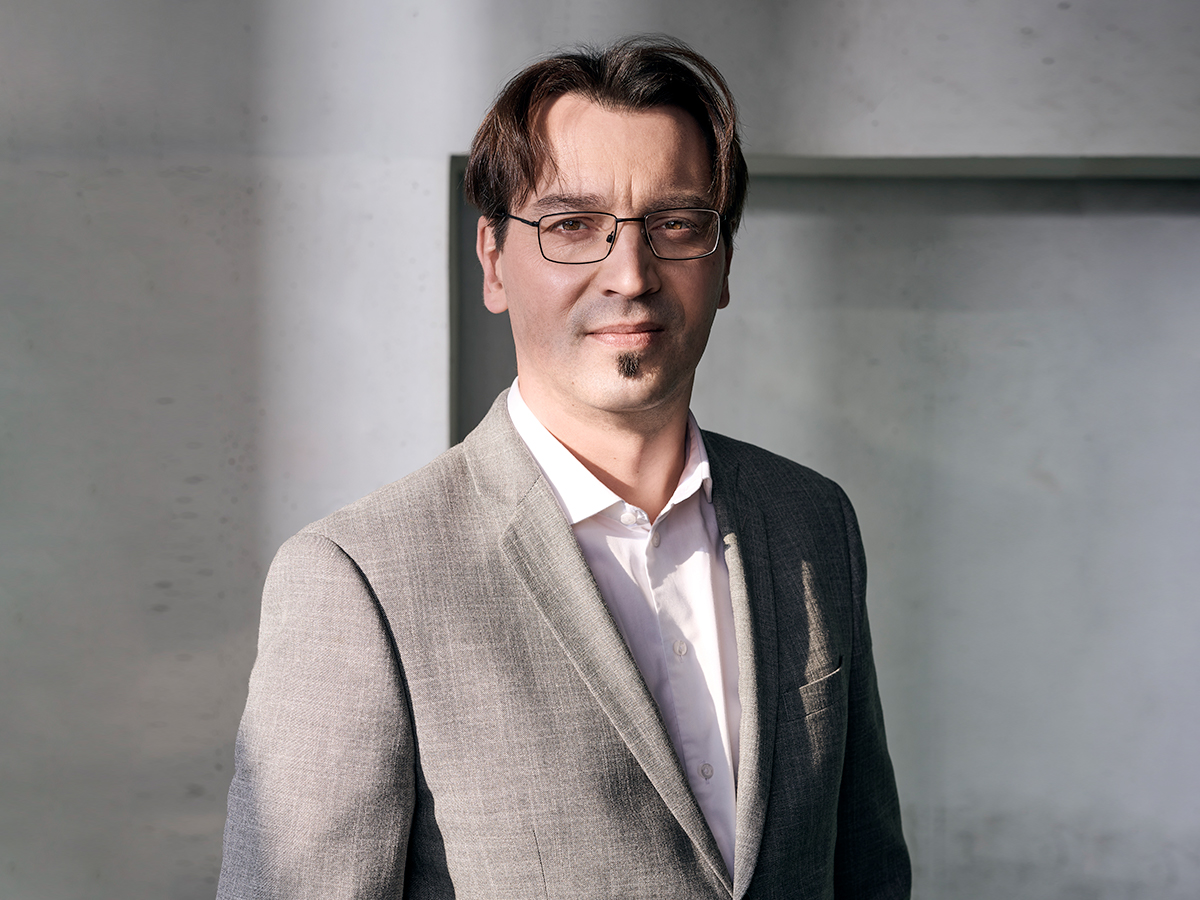 “Ultra-thin is not just another territory of expression at Piaget, it is our history, our identity,” Rémi Jomard, research & development director at Piaget tells us. “And it is important for Piaget because it is both a technical and aesthetic achievement. Even though we have broken many records along the way, at Piaget ultra-thin has never been a technical end in itself, but a means to create the most elegant and extravagant pieces; with this idea that the technic shall remain at the service of creativity.”

With a background in micro-engineering, Jomard is acutely qualified to explain the inner workings of Piaget’s most awe-inspiring watches, one of which he himself was instrumental in developing. A staunch believer in the power of evolution, he was a driving force behind 2020’s incredible and highly ambitious Altiplano Ultimate Concept. The culmination of six years’ worth of research and development, the AUC was first presented in Geneva at the Watches & Wonders Guide 2022: Here’s What You Need to Know fair before going on to claim the prestigious Aiguille d’Or prize from the Grand Prix d’Horlogerie de Genève.

Taking the traditional four-layer design seen in most timepieces and redefining it, Piaget crafted a fusion of elements that introduced integrated functionality across the bridges, dial, and hands, on one side, and the case back, movement, main plate and bezel. The ambitious design challenged the notions of traditional watchmaking and two years on, Jomard is back at it again. 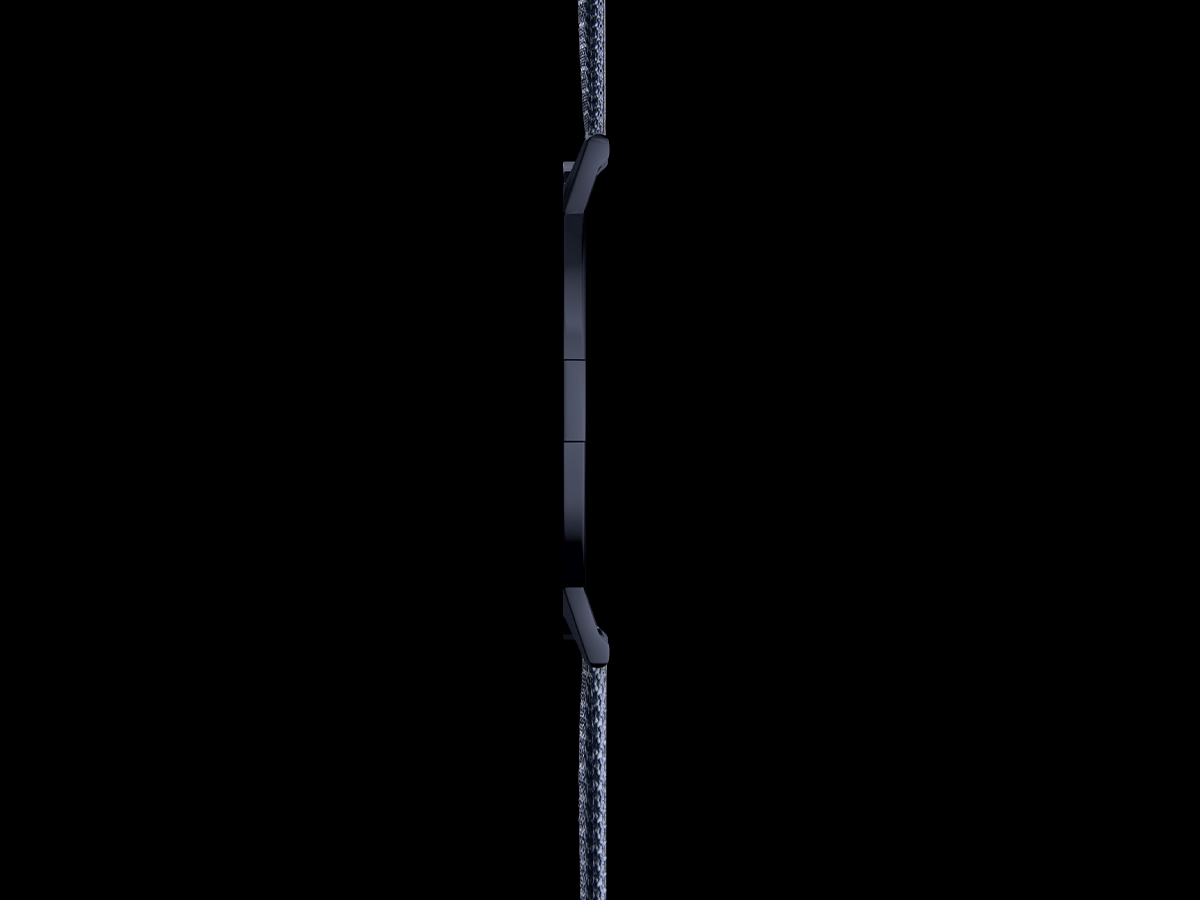 For Watches & Wonders 2022, Piaget has unveiled a new iteration of the ultra-thin timepiece, once again managing to shave millimetres off the already remarkable design. Coming in at 41mm in diameter, the new 2022 edition arrives with a slimline profile of just 2.0mm. While that does land Piaget agonisingly short of reclaiming its title of world’s thinnest mechanical watch, the brand’s commitment to individuality must be commended.

“Ultra-thin requires strong technical expertise of course, but at Piaget it is also synonymous with the use of ornamental stones and other design elements made possible by the ultra-thin movements,” Jomard tells us. “The secret lies in the permanent balance between performance and finesse: this balance should not be to the detriment of the client and should ensure a realistic wear. Our technical expertise in extra-thin components and movements allows us to always push back these limits without compromising ergonomics or quality.”

This time around, the Piaget Altiplano Ultimate Concept is powered by a 900P-UC merge with watch exterior, with the ultra-thin mechanical hand-wound watch’s rectangular-shaped crown recessed into the caseband. Interestingly, Piaget has opted to craft the new timepiece from a cobalt-based alloy, which Jomard confirms was specifically chosen for its mechanical and resistance properties. Further to that, the caseback, bezel and lugs have all been satin brushed, giving the 2022 edition a sharp contrast from its polished case band and thin dark blue alligator strap. Arriving with a power reserve of 40 hours, the latest Altiplano Ultimate Concept is a stunning piece of horological design, but above all else, the new release is a love letter to its predecessor. 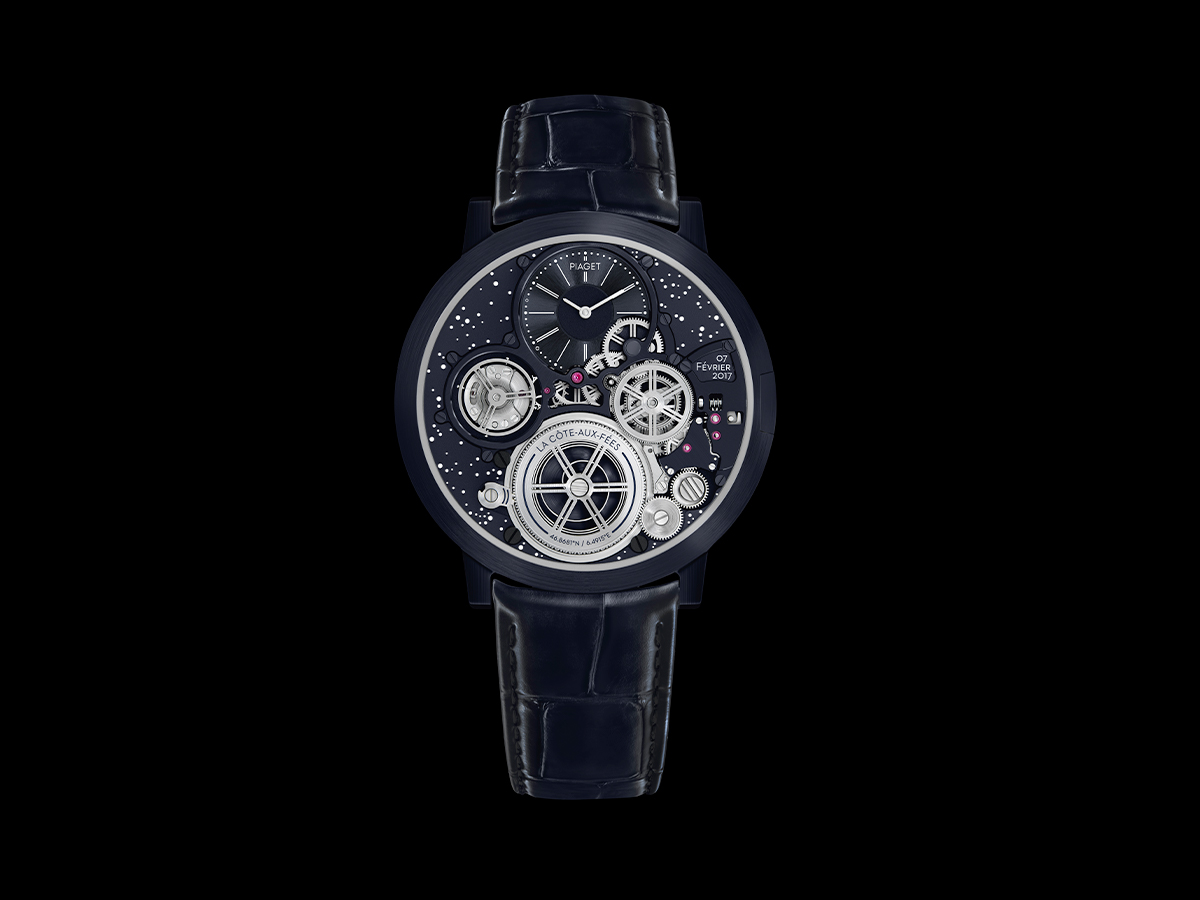 “Produced as a unique piece, this new Altiplano Ultimate Concept is a tribute to the first tick of the watch born in La-Côte-aux-Fées on February 7th 2017 at 7.47 pm,” Jomard says. “We have kept the patents and specificities of the previous editions and worked, in a focused way, on aesthetic details. This new edition is the Piaget collaborators’ personalized version with all commemorative elements of this historic birth: day, time, place and conditions (night with starry skies).”

It’s a theme that is evident almost everywhere you look. From the top of the dial, the Piaget logo makes a bold historic statement, presented in the same typeface used in the logo above the manufacture in La Côte-aux-Fées. An additional “La Côte-aux Fées” inscription has also been engraved onto the ratchet wheel along with the manufacture’s GPS coordinates.

“Two circles sit among the dots of the minute ring, marking the time – At 7:47pm – when the AUC first came to life with its first beats. A very special moment we all remembered,” Jomard saysa. At 2:30, the birthday of the AUC – 7th February 2017, which is inscribed in a small window. Completing the tribute, the background of the case is adorned with stars – highlighted with Superluminova – that replicate the sky above the Manufacture at the exact date and time of the AUC’s birth.”

Needless to say, Piaget’s latest iteration is a celebration of a brand that knows exactly who it is. The Altiplano Ultimate Concept takes a century and a half of innovative practices and fuses it with a bold new approach to watchmaking that feels almost scientific. The world’s thinnest watch it is not, but if there is one to say about the new novelty, it’s that it packs a lot of history into a very small package. 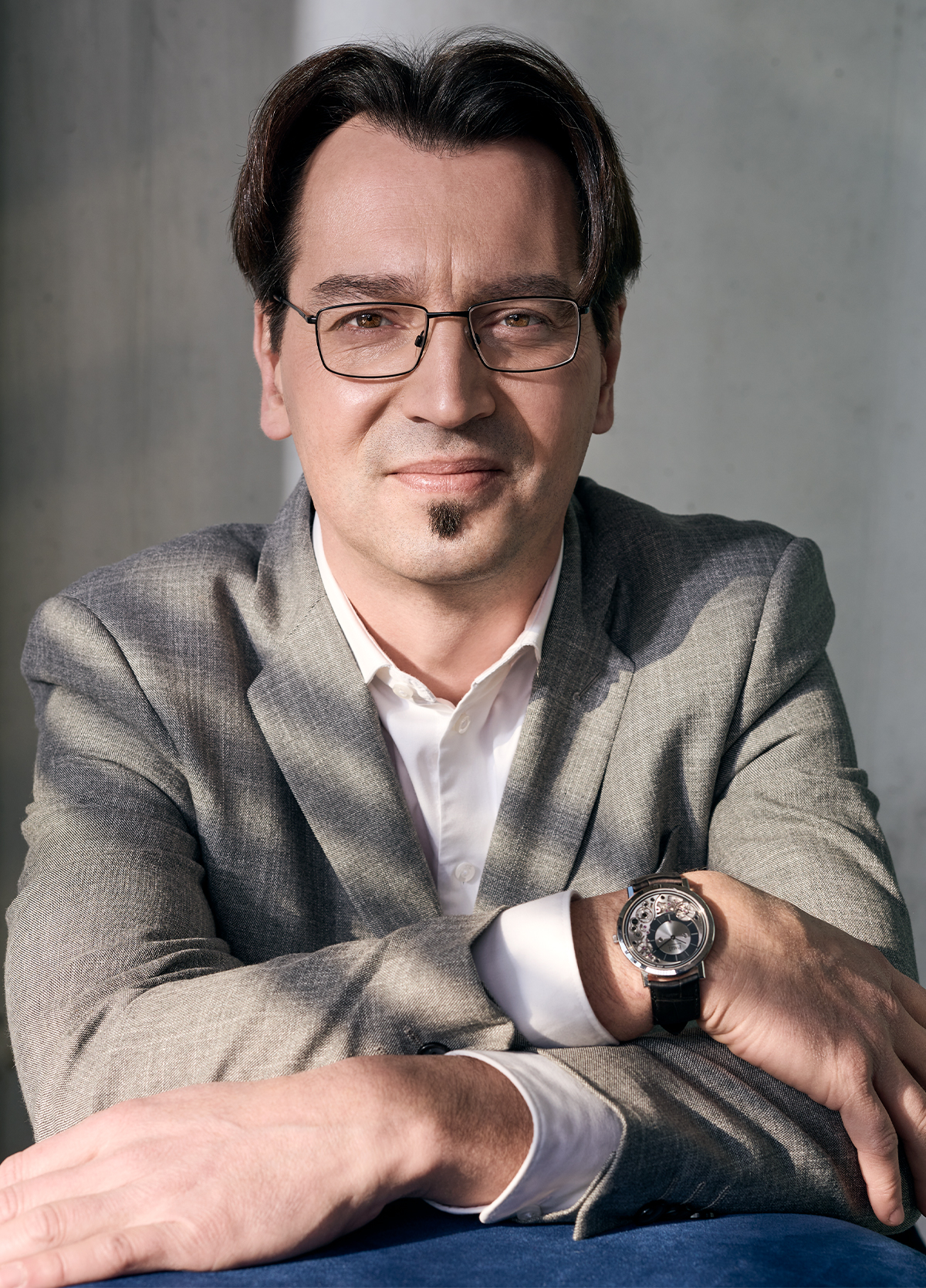 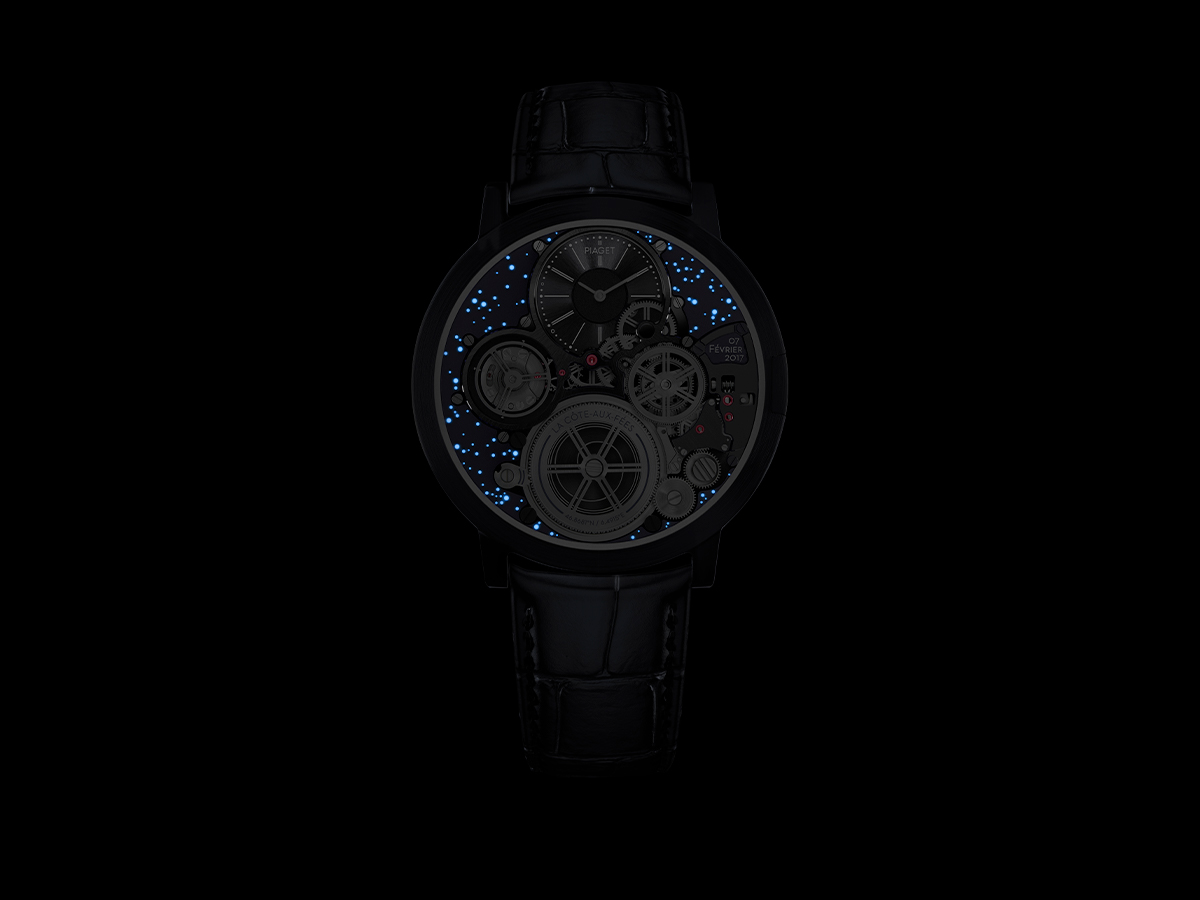 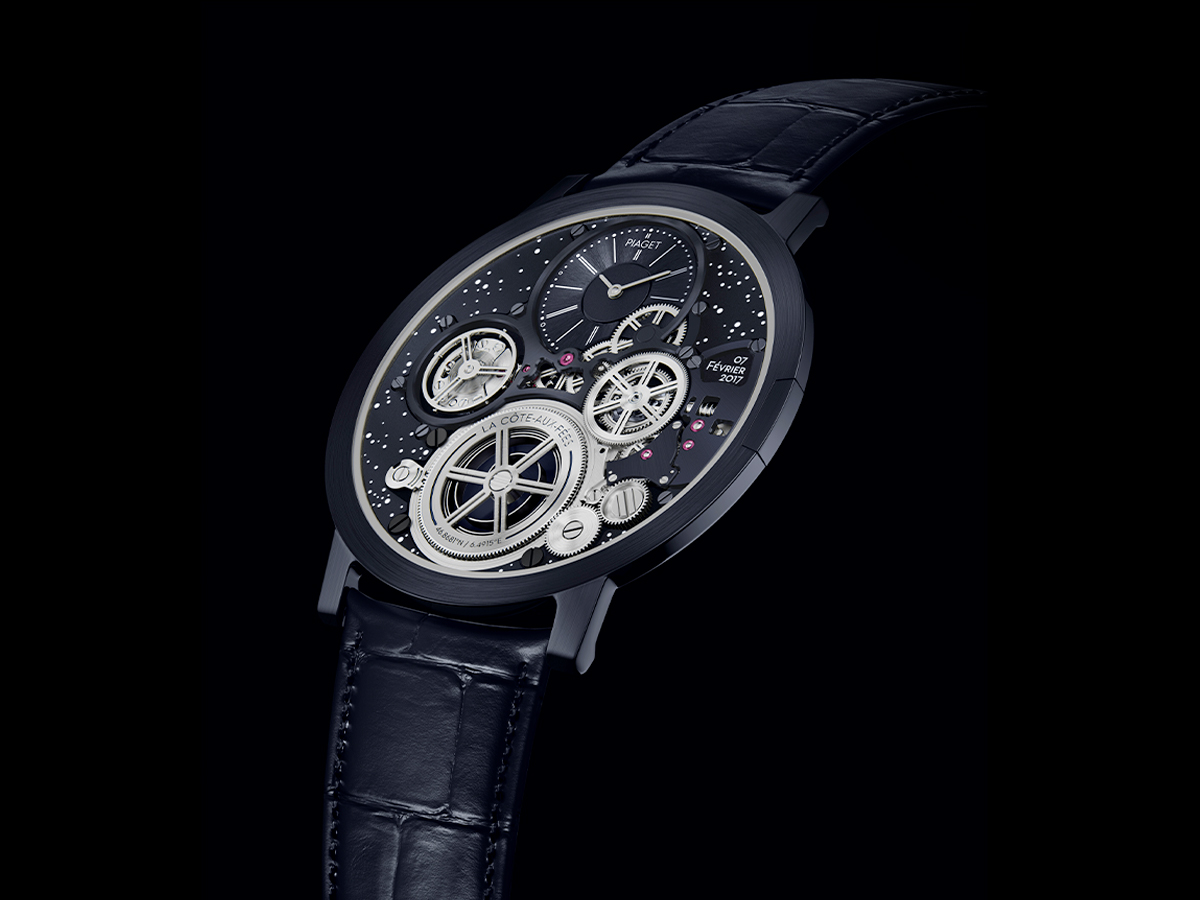 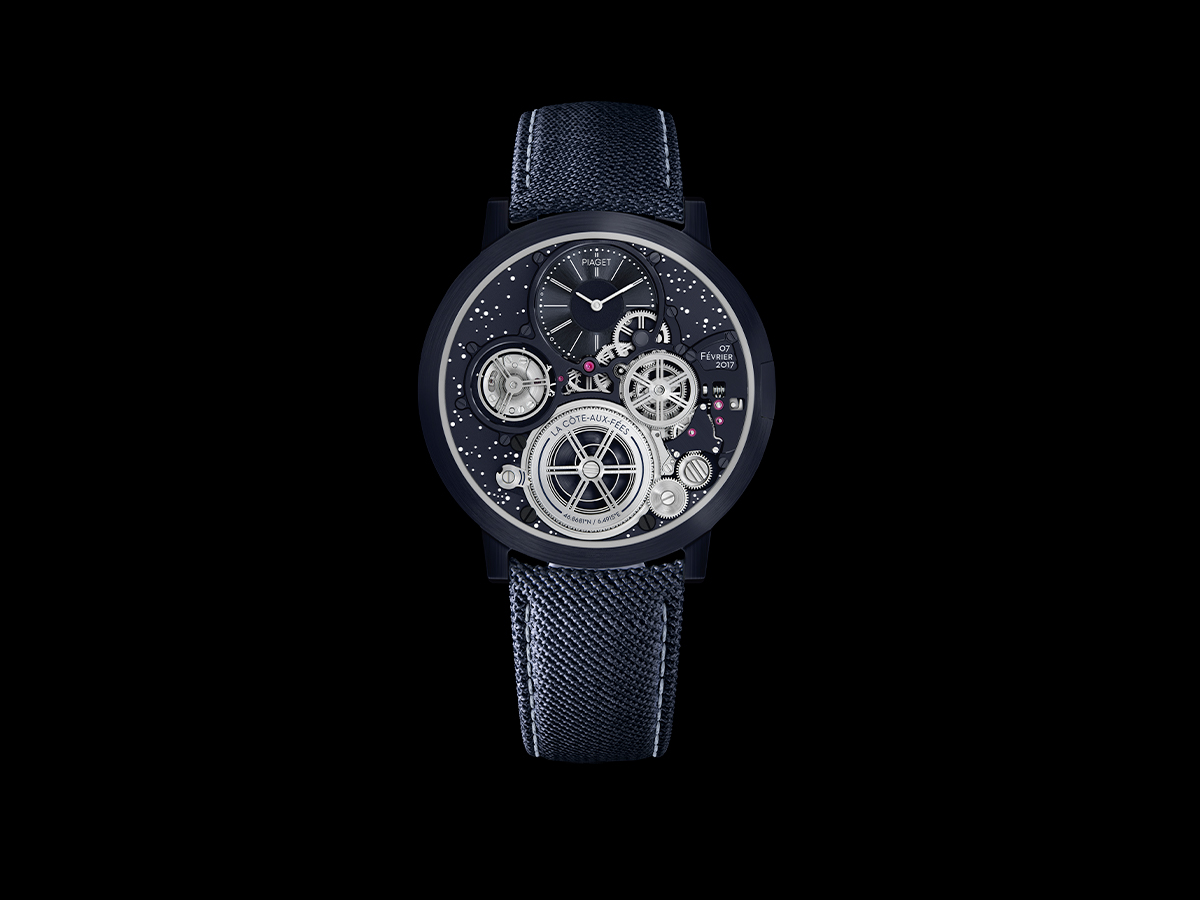