Amongst whisky drinkers, of pretty much all experience levels, Johnnie Walker Black Label needs no introduction. We’re all familiar with seeing the striking slanted black label on nearly every back bar on the planet or seeing it used by bartenders as a favourite in cocktails, but what has made this blended whisky so special and stand the test of time? There’s a reason it continues to be Johnnie Walker‘s top-selling spirit and through its depth and complexity, the iconic Black Label blend will easily stand up in a blind tasting against almost any single malt whisky which makes the unmistakable big flavour found in the spirit so special. 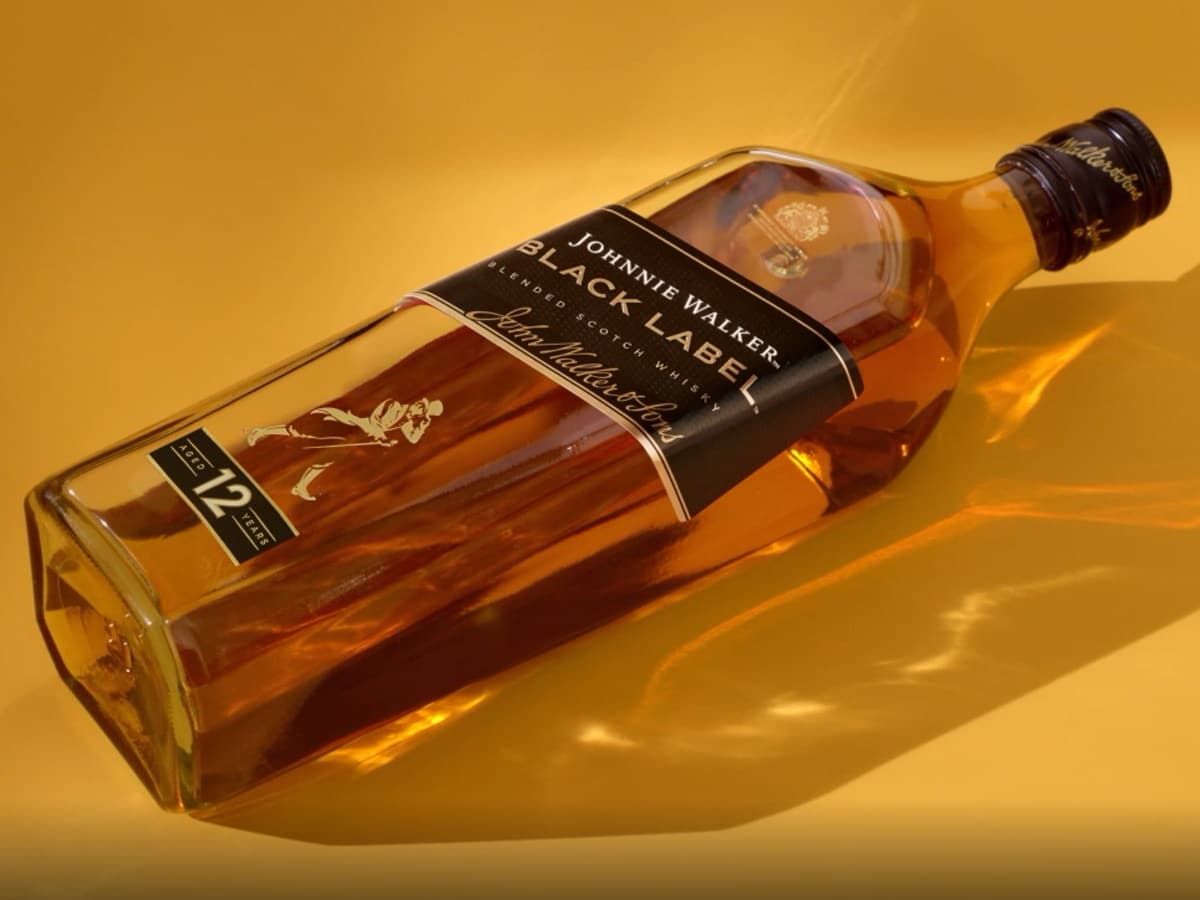 With a new global campaign, the iconic brand is reintroducing and celebrating Black Label against the backdrop of bringing on its first-ever female master blender, Dr Emma Walker (no relation to the Walker Family). After having worked at Diageo for 13 years, Walker is picking up right where her predecessor — industry icon (and Whisky Magazine Hall of Famer) Dr Jim Beveridge — left off. Suffice it to say, big things are happening at the world’s foremost maker of blended Scotch whisky.

What some might not understand when drinking Johnnie Walker Black Label, is that it’s made using more than 29 whiskies from all four corners of Scotland. While Johnnie Walker doesn’t disclose the exact blend or the entire make-up of the distilleries that go into the final spirit, you can bet that many of these are from Diageo’s amazing portfolio of single malt distilleries including Talisker, Lagavulin and Cardhu. What the world’s number one Scotch whisky brand does disclose however is that Black Label’s created using only whiskies aged for a minimum of 12 years. That means you’re getting an incredibly rich and deep-in-character, 12-year-old whisky for an insanely affordable price point when compared with other blends or single malts of similar maturity. The expression delivers an expert balance between smooth approachability and bold character. Indeed, there’s a reason Johnnie Walker Black Label continues to sell in record numbers around the world and it’s not just the timeless bottle design but its consistency and quality that comes down to the skill of Dr Emma Walker and her team. 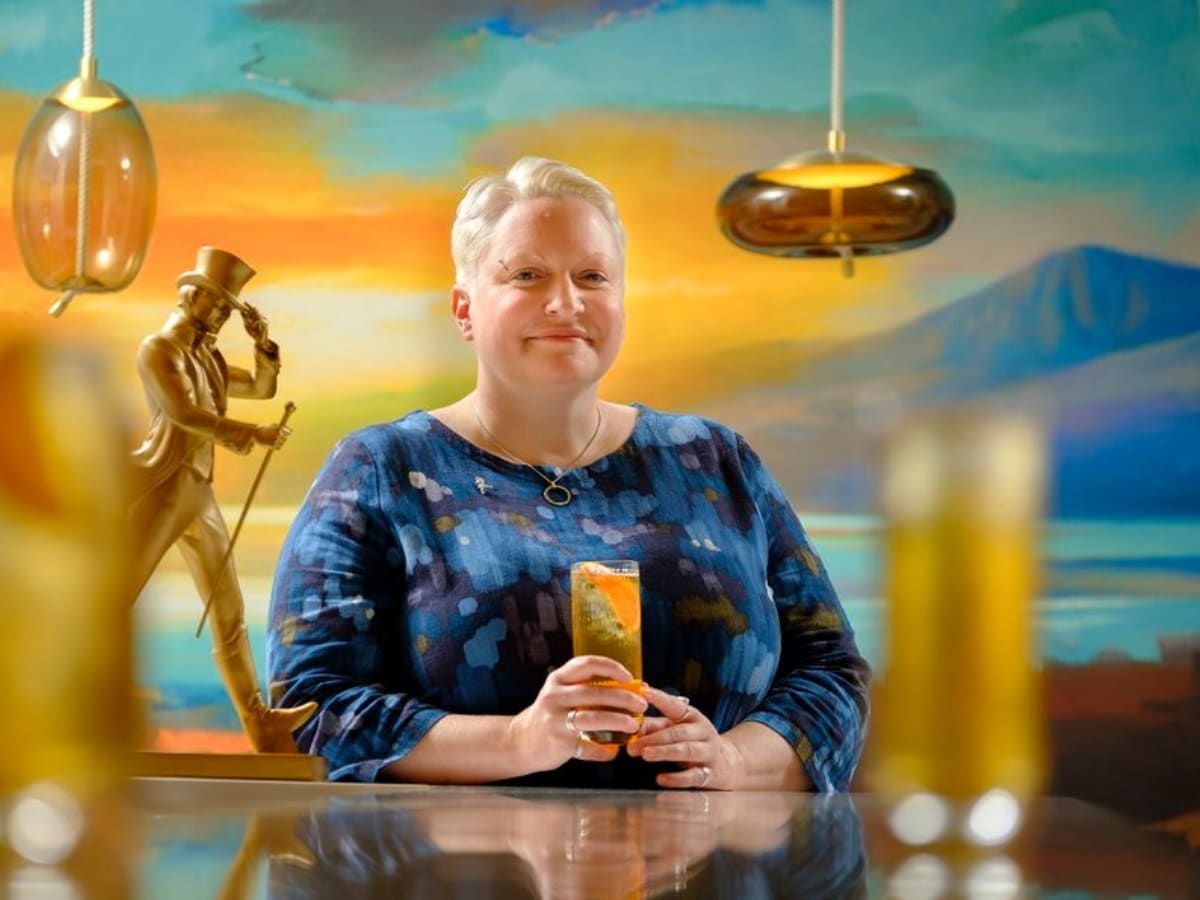 As vital now as ever before, Johnnie Walker Black Label continues a heritage that’s over 100 years in the making. Hence, the newly appointed master blender isn’t just filling the shoes of her distinguished predecessor, but also carrying the torch of a lasting legacy. Following in the footsteps of a whisky hall-of-famer surely comes with its own challenges as well but Walker seems to take it all in her stride with a strong sense of self, humour and approachability rarely seen in strong leaders such as herself. Thankfully, she also brings genuine bona fides to the table along with an expert palate and open mind.

With a background in chemistry and working directly alongside award-winning master blender Beveridge on projects such as the Blue Label Ghost series and other rare releases, she learnt about the extraordinary lengths Johnnie Walker goes to ensure the consistency of flavour and quality of its whiskies. She had the opportunity to develop her own learning and understanding of whisky in production: fermentation, distillation, maturation, blending and quality analysis, which enabled her to develop a well-rounded understanding of flavour and its journey through the whisky-making process. During this time, she also saw the importance of building up a small team of 12 around her in an effort to surround themselves with as many perspectives as possible. 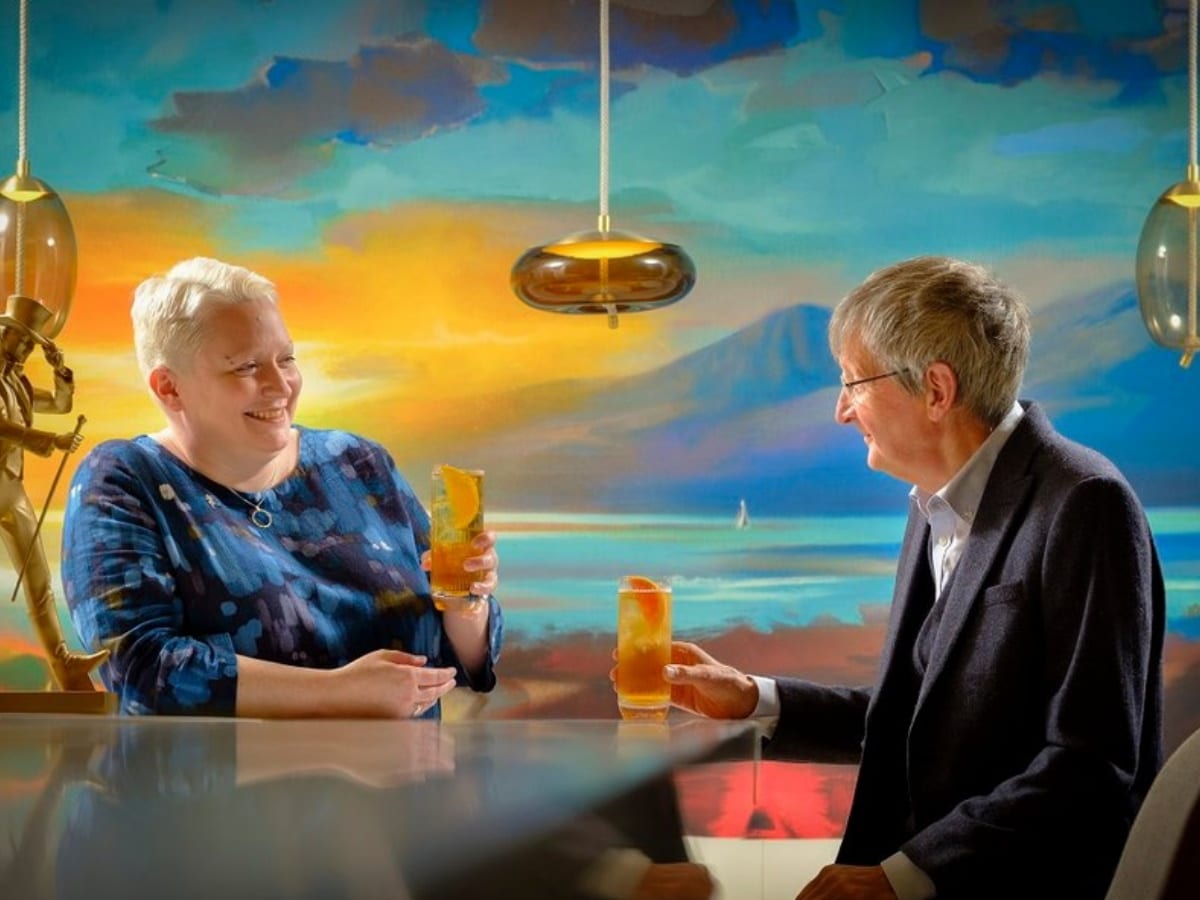 Having access to multiple perspectives also helped Emma improve her sensory skills, which proved crucial to her overall development. Through a series of sensory exercises, she cultivated an “ability to be able to pick up the glasses, the sort of inputs, to be able to smell but also to be able to describe and to put into words what you’re smelling in a way that other people can understand and follow what you’re thinking.” It’s important that every whisky maker in their team appreciates the role they play in a brand that has a 200-year history.

Each year, the team will select a new standard reference that reflects the best representation that they have of the Johnnie Walker Black Label, and for the next 12 months, every batch of the whisky is signed off against that standard. Reference bottles will often be compared against previous year’s standard references by a broader panel which is part of the way they keep control and consistency. The reference samples are also kept in smaller bottles to reduce headspace and oxygen in the bottles as well as maintained at a certain temperature.

Celebrating a Legacy of Excellence

Johnnie Walker’s newest marketing push arrives on the heels of last year’s successful Keep Walking campaign and shines a similar spotlight on the brand’s popular Black Label. Emmy-nominated actor Jonathan Majors has been enlisted to help spread the word and he’s doing so in impeccable fashion. Viewers can catch him in a recent video as he advances against a backdrop of vibrant colour, music, and dance, dressed to kill with a glass of the good stuff in hand. He goes on to describe Black Label in the following choice words: “Sweet toffee, rich fruit, finished in smoke.” Well said, Mr Majors.

As Majors himself can attest, this liquid unravels over the palate like a progressive jazz number, fusing various sensibilities to seamless effect. Even those who don’t necessarily favour peaty drams still find themselves drawn to its classic profile, which counteracts its smoky essence with creamy notes of butterscotch, toffee, vanilla, raisin, malted grain, and fruit. 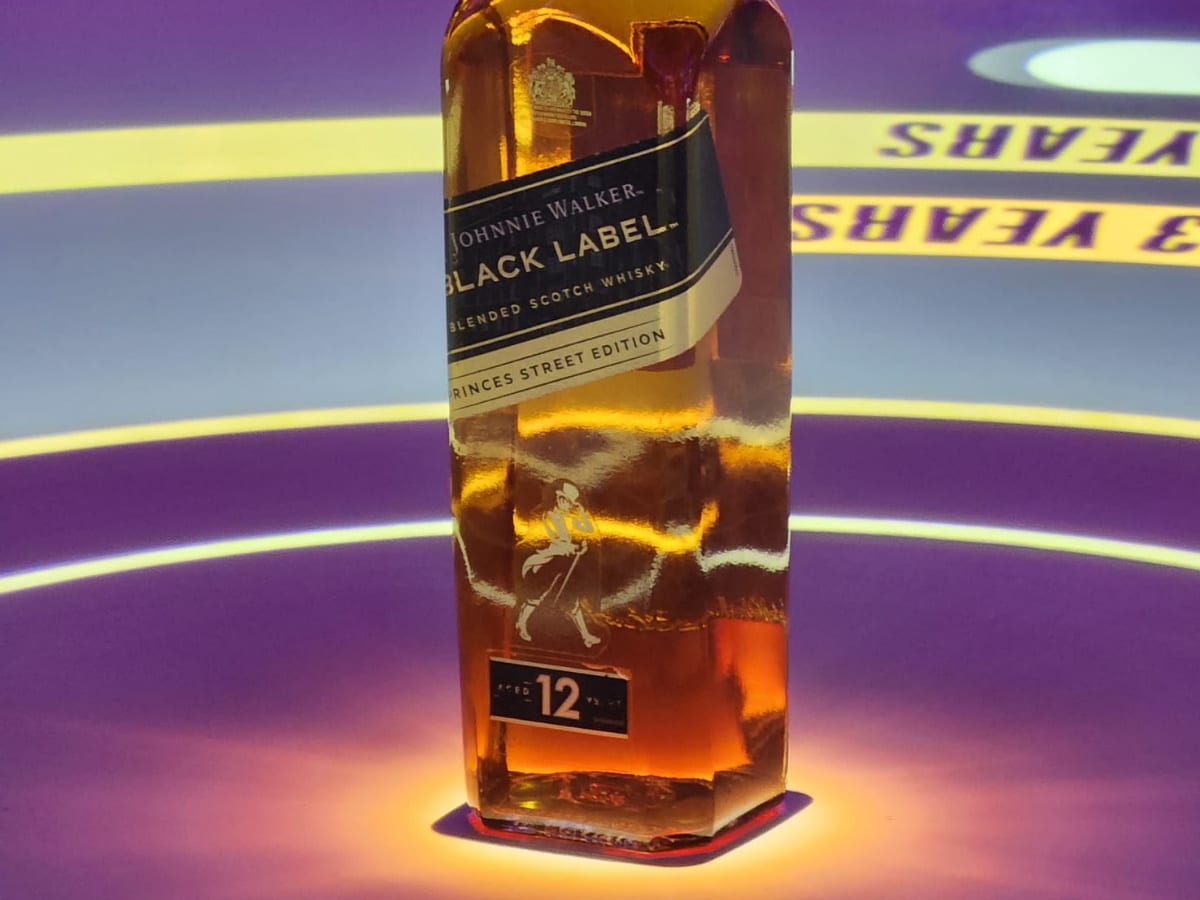 Johnnie Walker Experience at Princes St | Image: Man of Many

Big things are happening at Johnnie Walker and with master blender Walker at the helm, looking after nearly 11 million casks, the label continues to deliver exceptional quality and consistency to loyal drinkers across the entire globe. Be sure to check out the newest marketing campaign and then pick up a bottle of Black Label for a sip of something special. From over 100 years ago to this very day, Johnnie Walker remains synonymous with the art of exceptional blending.

Disclosure: Man of Many travelled to Scotland as a guest of Diageo & Johnnie Walker.