Darling Harbour has long been a misfit in the geographical harbourscape that is Sydney. Though its early days as a hubbub of poorly-paid industrial activity, with its working wharves and rows of hungry men lining the docks looking for work may have been congruous with the general malaise which coated greater Sydney during The Great Depression, the enormous space sat as good as dormant for a long time, before being turned into a tourist attraction in the late ’80s.

And that’s where its identity became more perplexing. A gargantuan waterside space on the fringe of a burgeoning CBD became a stopover for a few cruise ship tourists to spend a couple of hours in between ports, shelling out cash for trashy souvenirs–seldom a single local in sight. Like most of its offerings, Darling Harbour soon became a place where locals only went when they had tourists in town; to show them the Aquarium, or the Maritime Museum. It went from a place of beer to a place of margaritas in plastic cups, and struggled to find an identity as a place that was truly for Sydneysiders.

This, thankfully, is turning around.

Launched by French hoteliers Sofitel, the aptly named Champagne Bar is the answer to every frustrated adult who has wandered the boardwalks of Cockle Bay and asked why there isn’t somewhere intimate and stylish to have a glass of bubbles and soak up the atmosphere on a sunny day. Located on the south-western end of the harbour, Champagne Bar shows a side to Darling Harbour that is often lost; either missed by the hordes of tourists making a beeline for The Hard Rock Cafe, or overlooked by the masses who work and live around the corner out of sheer frustration that the area seems to cater more to fluoro-clad, fanny-pack wearing temporary imports from the States than it does its native denizens in need of a bloody drink.

Bar Manager Sutari Martinez thinks this comes down to how Sofitel has opened a venue with a very distinct identity, focussed on the beauty and artistry behind the world’s most elusive and sought-after fizzy liquid.

“We aim to be the expert in champagne“, she says very matter-of-factly about her new digs.

Two things that are commonplace amongst even the fanciest venues already offering ritzy fizz in the Emerald City are champagne lists written with particular brand affiliations in mind, restricting diversity in terroir and appellation, and a generally lazy and uninspired by-the-glass selection.

Champagne Bar eschews the tired norms, tying its colours to no particular Maisons mast, and offering over a dozen different drops to try as a single glass–no need to spring half a grand on a fancy bottle of plonk just to imbibe the best. This encompasses a few favourites, but also offers Sydneysiders a chance to taste something of which they’d probably never heard, with smaller producers and rarer expressions given plenty of space on the list to showcase the sheer breadth the famous region has to offer.

“We’ve got probably one of the largest champagne lists by the glass. We’re trying to push champagne to be as flexible as possible.”

And while the by-the-glass menu offers guests a chance to sample rarities without guzzling a whole bottle, there’s an even more extensive list if splashing cash on vast quantities of liquid gold is your thing. There’s also a Jeroboam of the elusive Louis Roederer Cristal going for a cool AUD$22,000. It comes encased in gold, and is number 291 of only 400 produced of the 2002 vintage.

Food offerings include fresh and exciting options inspired by the local produce of Marseille (every Sofitel hotel has a sister city from the conglomerate’s vast portfolio whence it draws its cues, and Sydney really lucked out with this one), but whether you’re snacking or going all out on dinner, every dish is, of course, best enjoyed with some bubbles.

Champagne Bar is doing more for Sydney than just filling a few flutes; it’s giving something that’s posh but not pretentious in an area stigmatised by tourism tack for too long. By inserting its unique brand of French revelry into Darling Harbour, Sofitel has gifted Sydney a splash of joie de vivre to sate its need for grown-up drinking, and giving a once-moribund precinct a new raison d’être.

This area has finally come of age; graduated from its beer and margarita days, and delivered us something that’s both overdue and fashionably understated.

And that’s something over which we can all clink our saucers.

Champagne Bar is located on Level 3 in the Sofitel Building at Darling Harbour, and is open Monday to Thursday 5pm – midnight, Friday 3pm – 1am, Saturday 3pm – 1am and Sunday 3pm – midnight. Bookings are available for groups of ten or more. 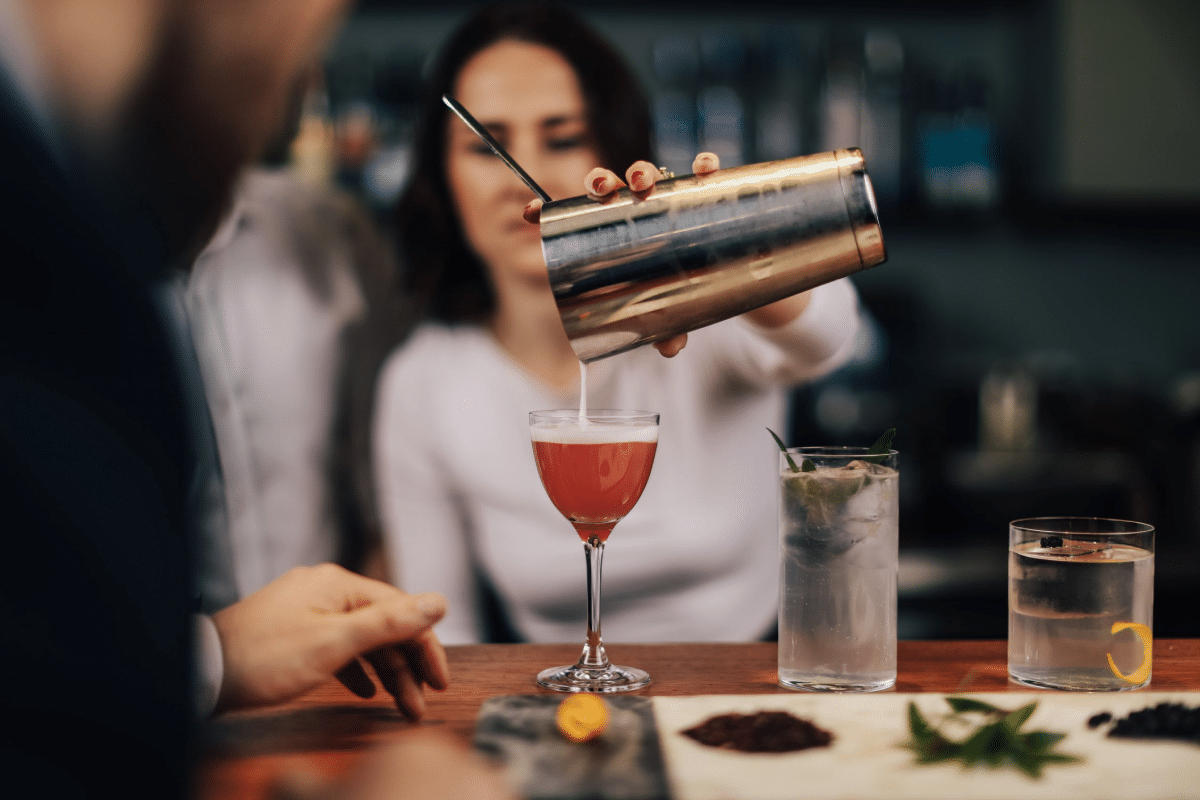