No modern male argues with strong abs, and the best core exercises for men will deliver on that front. However, you may be surprised to discover that traditional crunches and sit-ups don’t make the cut, relatively speaking. For starters, they aren’t so great for your back. Plus, they just aren’t as effective as the best core exercises for men, which strengthen not just your abs, but the entire chain of muscles from your inner thighs to your upper back (i.e. your core muscles). This might have you wondering: if crunches and sit-ups are out, what’s in? Look no further, my friend. Here are the best core exercises and ab workouts for men. They’ll bring you the six-pack, minus the back problems. 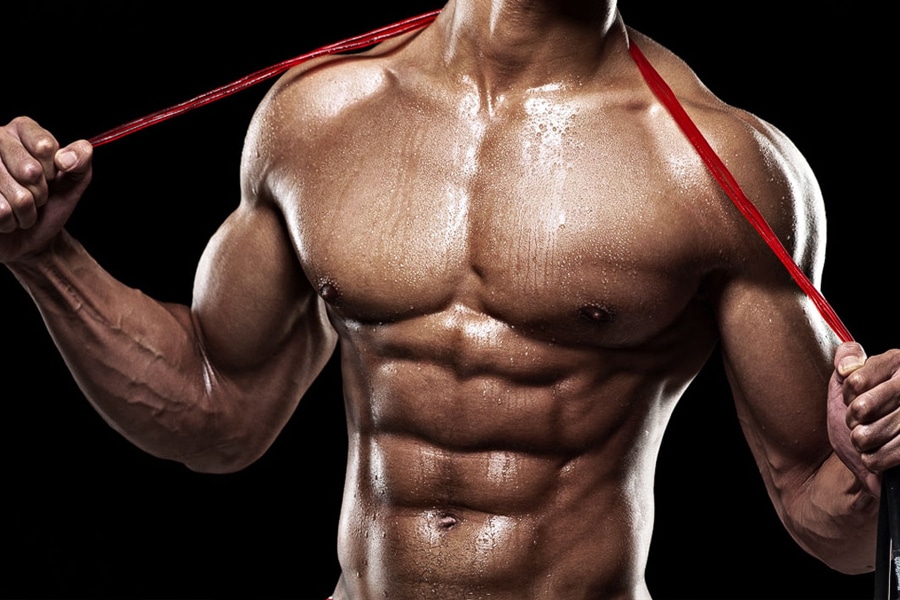 What are Core Exercises for Men?

As the name suggests, your “core” is the central mid-region of your body, serving as a foundation for a range of daily movements. Every time you twist, bend, pivot, or lean, you’re using this chain of muscles, which include not just the abs, but the hamstrings, glutes, lats, traps, and hip abductors as well. Most importantly, your core muscles help you retain balance.

When you’re young and spry, things like balance and agility are practically a given. As such, you may take the core muscles for granted well into your later years. Then, one day, those nimble movements aren’t so nimble anymore. That’s bad news if you’re a father, in particular, since you need a functional and balanced core to keep up with your kid. Enter the best core exercises for men. 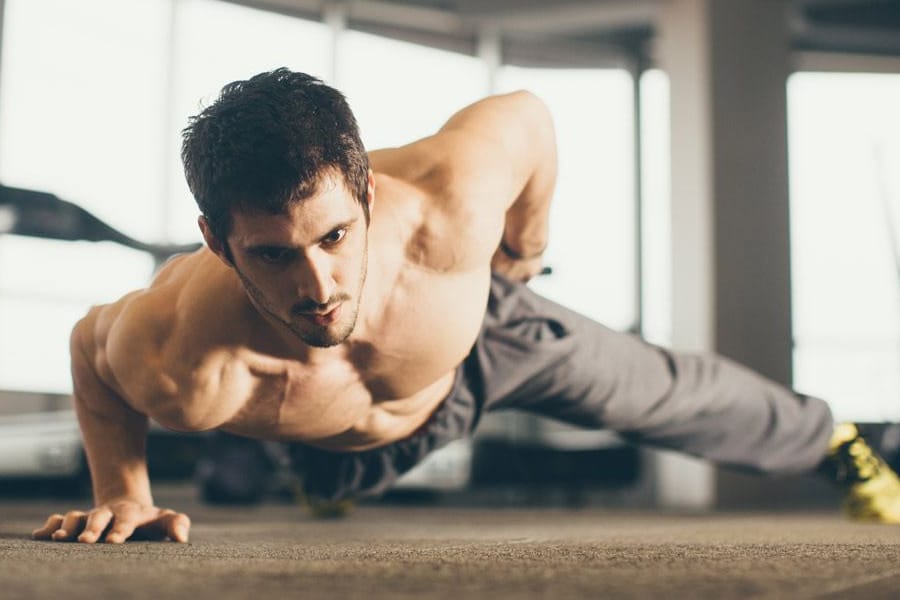 What are the Benefits of Core Exercises for Men?

It’s fairly obvious that the best ab workouts and core exercises deliver a range of advantages for men, however, there are more benefits to this regimen than meet the eye. Yes, you’ll be generating stronger abs, improving your sense of balance, strengthening your mid-section, retaining better posture, and increasing your agility, but you’ll also be eliminating back pain.

For grown males, back pain can be a consistent and debilitating problem that keeps you from performing a slew of basic functions. By implementing a core-focussed fitness regimen, you’ll be actually solving the problem, as opposed to just medicating it. Of course, that’s presuming you perform the right back and ab exercises, whereas the wrong ones can only make your back pain worse. 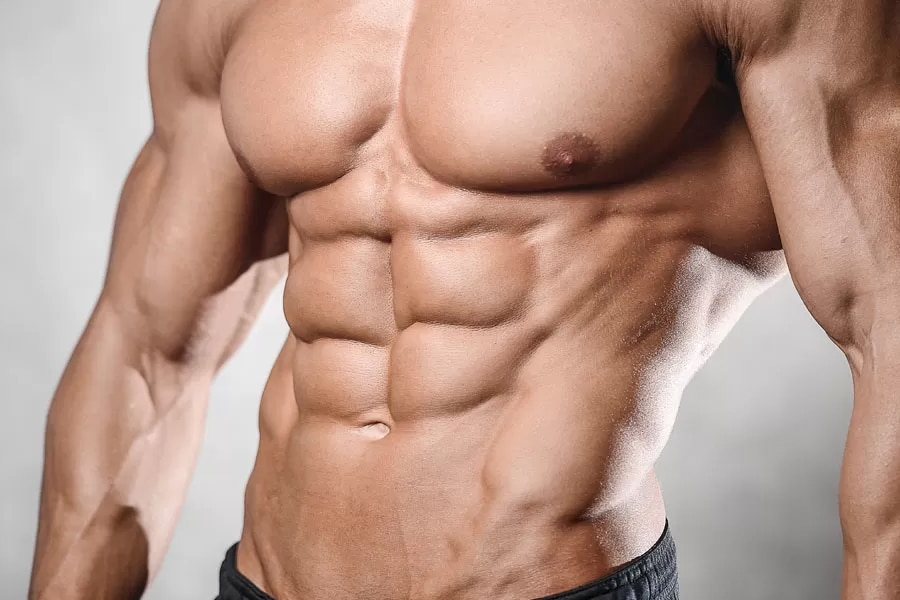 Another benefit of a quality core workout? It feeds into your other athletic endeavours. This rings especially true for bodybuilders, who need a strong core to retain stability when performing bench presses and deadlifts. Not only do proper core exercises provide a solid foundation for these routines, but they also decrease the risk of injury. Along similar lines, everyone from basketball players to marathon runners will benefit from core exercises for the same general reasons.

While popular among high school gym teachers and Varsity coaches, traditional crunches and sit-ups are far less effective than a range of alternatives. In fact, some experts claim that crunches and sit-ups—which require you to perpetually bend your spine—are one of the easiest ways to incur a lower back injury. By contrast, the best core exercises improve back strength while still bringing you one step closer to washboard abs.

Speaking of washboard abs, they’re easier to achieve for some than others. As such, you might struggle to see the kind of magazine-ready results that most men aspire to. However, if you stick to the plan and throw in an optimal diet, we’re more than confident that you’ll start to notice the difference sooner than later. Here are the 10 best core exercises to get you started. 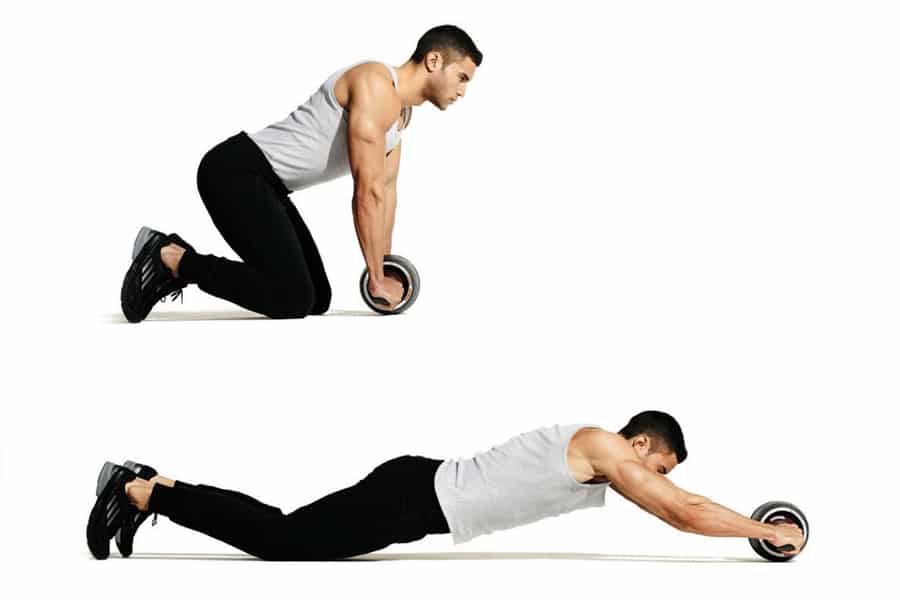 Grab yourself an ab wheel and kneel on the floor. Keep the wheel dead-center beneath your shoulders, tighten your abs, and roll forward until you lose tension at your core. Now roll back into the starting position. Continue this process until you feel like you can’t perform the exercise without breaking form. You’ll feel the burn from this one right away, and that’s a good thing. 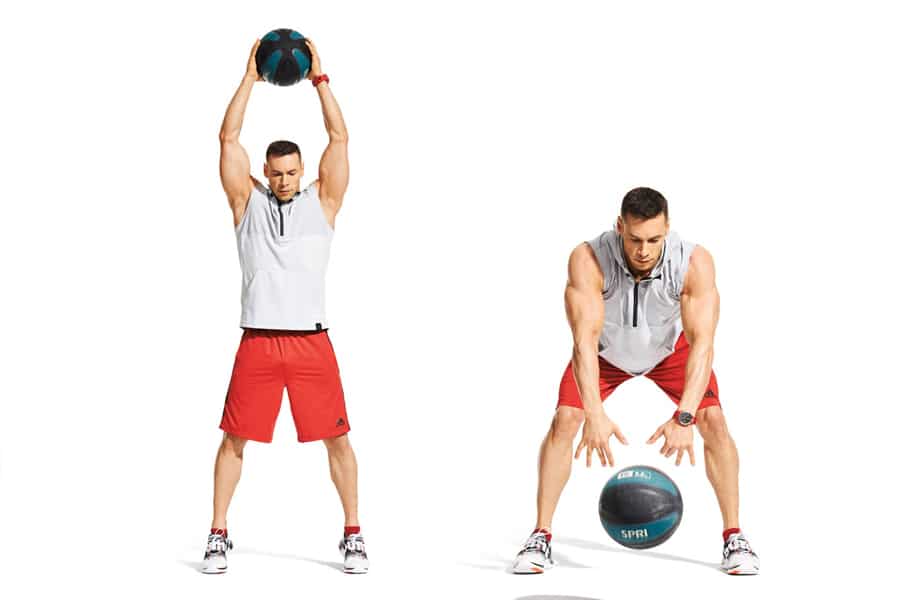 You’ll need a “slam” ball for this one, as it brings more bounce than your standard medicine ball (which brings no bounce at all). Keeping your knees at a slight bend, extend your arms and lift the ball directly over your head. Next, rise onto the balls of your feet, employing your core muscles as you slam the ball toward the ground, bending forward at the waist. Catch the ball as it bounces back up and repeat the motion. Your working not just the abs, but your shoulders as well. 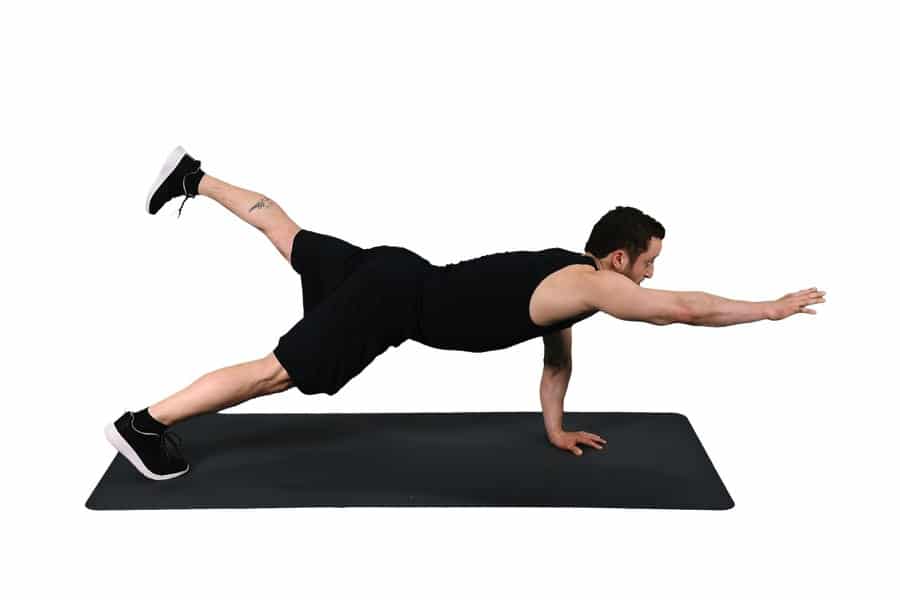 The thing with basic planks is that your body adjusts to them rather quickly, so you should incorporate variables for maximum yield. One way to achieve this is by performing a three-point plank, which involves removing a contact point from the floor. Get into the plank position, keep your spine perfectly straight, raise a foot off the ground, and hold it in place. Avoid tilting in either direction and switch legs every 5-10 seconds. 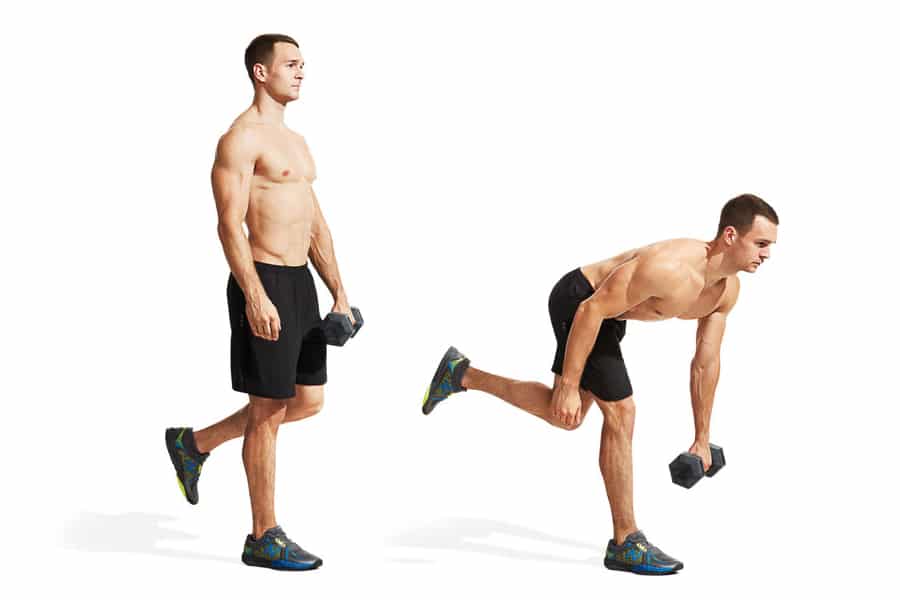 Holding a dumbbell or kettlebell at one side, lift the opposite leg while keeping your standing knee at a slight bend. Maintain a neutral spine as you bend at the hip, extending your free leg behind you. Lower the weight until your back is parallel to the ground, and then return to the upright position. Switch sides and perform the exercise again. Start with lighter weights and fewer reps, working your way up on both fronts.

Lying perfectly flat on the floor, hold a barbell above your chest. Keep your arms fixed and your legs together as you move the legs into an L-shaped position. Lower your legs down and to the side without having them touch the floor, all while keeping the barbell perfectly raised. 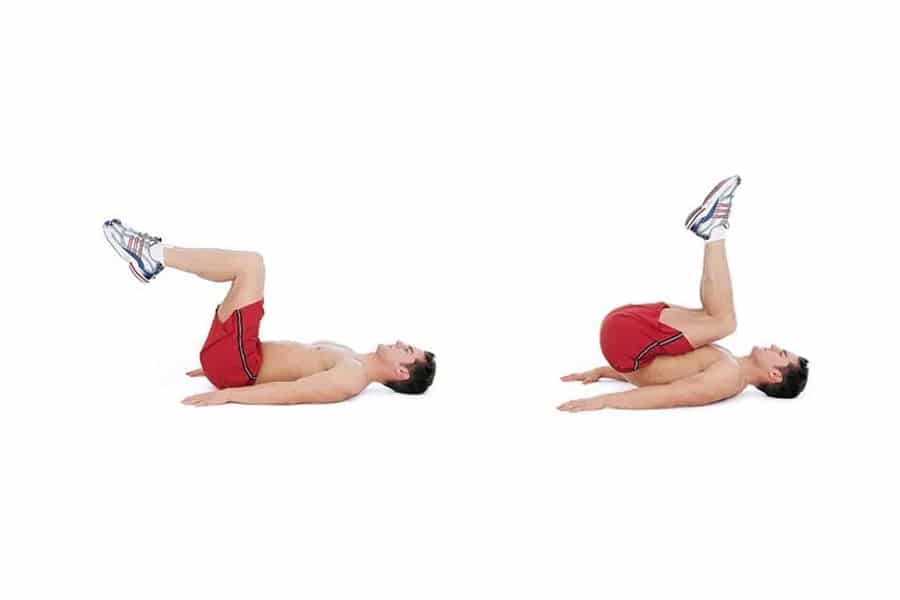 While regular crunches can hurt your back and your posture, reverse crunches stay true to their name by doing the opposite. That makes them one of the best abs exercises for men, though you’ll have to do a lot of them to really feel the burn. Keep your upper back straight on the ground as you lift your legs, glutes and lower back toward your chest. Repeat until sore. 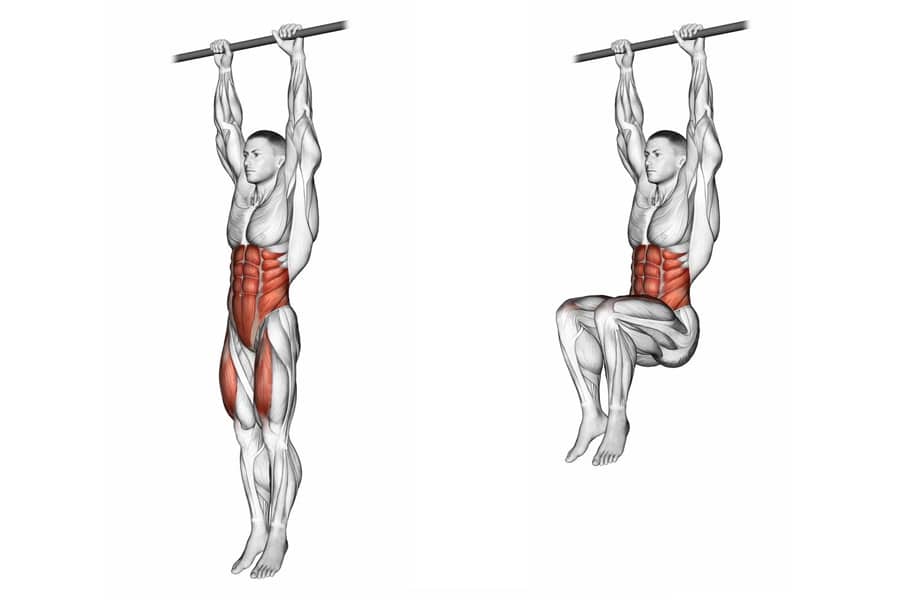 Find the nearest pull-up bar and make a V-shape with your arms. Drop into a dead hand and put your feet together. Keep your legs straight as you raise them into an L-position (in relation to your torso). Carefully lower your legs back into the starting position. Repeat. 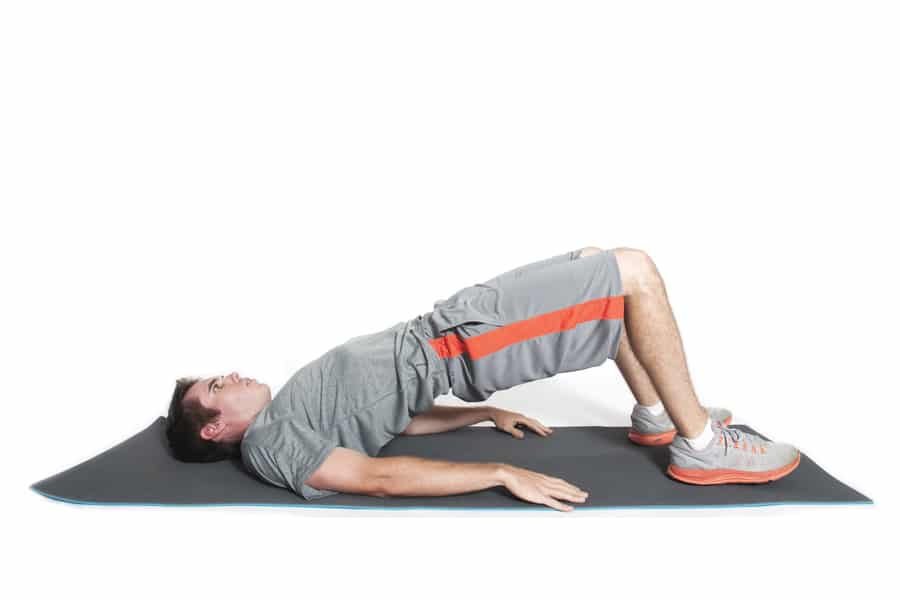 Keep your back flat on the ground, your hands by your sides, and your knees bent. Put your feet on the floor, keeping them hip-width apart and close enough to your torso so that your hands can reach your heels when you’re in the starting position. Now, push up your hips while keeping your back straight. Hold for 15 seconds before slowly returning to the starting position. Repeat the process, working your way up to a longer hold as you go. 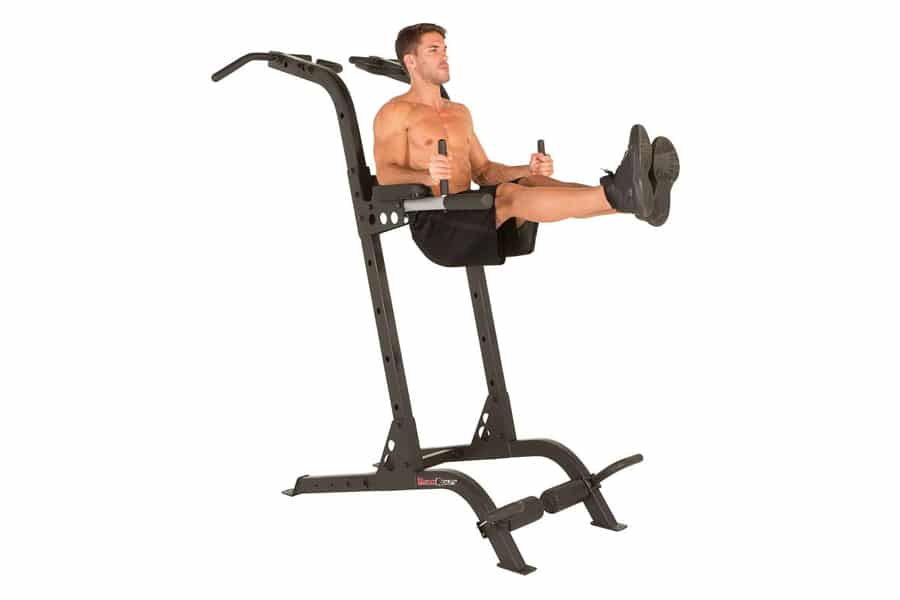 While popular, this core exercise for men is also quite difficult to pull off. Head over to the dip station and suspend yourself between the parallel bars. Bend your knees slightly and raise your legs into the L-position, keeping them parallel to the floor. Prepare to say hello to strong abs, because they’ll be arriving shortly. 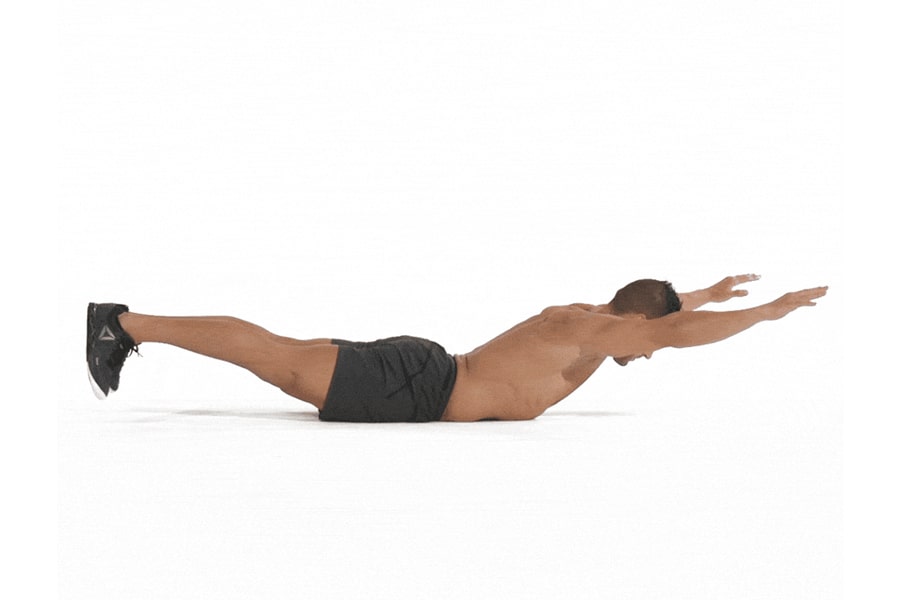 Lie on your stomach, keeping your spine and neck in neutral. Extend both arms and both legs at once as if you’re Superman flying through the air. Your waist and belly button should be the only things touching the floor. Hold the position for 15 seconds during the early rounds and build that time in increments as you progress. Make sure your upper and lower body are moving in sync. 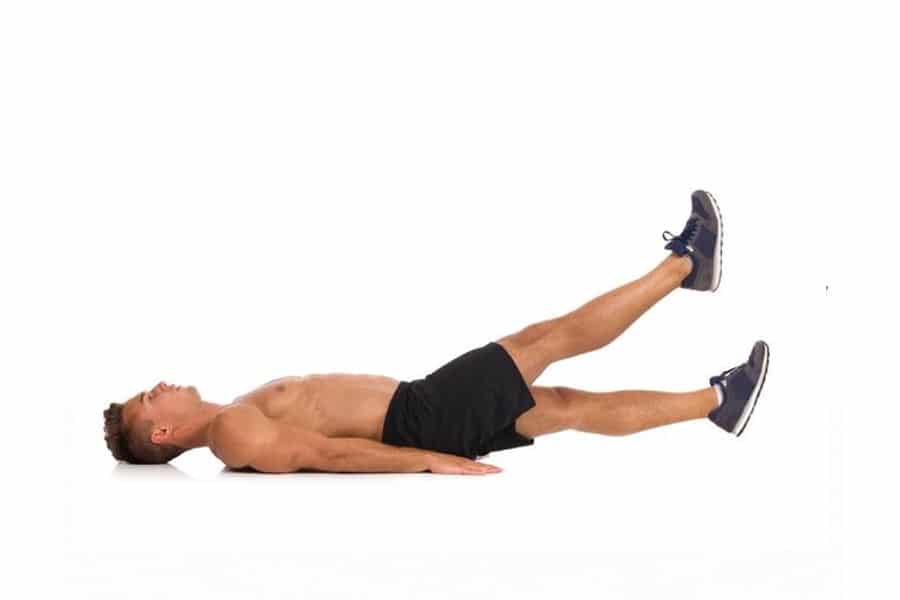 Here’s a classic ab exercise that brings the pain and results alike, so we’re including it as a bonus. Lie on your back with your legs straight and your arms extended at either side. Lift your heels about 6″ off the ground and flutter kick in a quick motion. See how long you can last and work up as you improve.