As one might expect, Chris Hemsworth’s Thor diet and workout plan isn’t for the faint of heart. After all, the Marvel superhero is supposed to be larger than life itself, so some intensive muscle-building is basically mandatory. And while Chris Hemsworth’s body is naturally muscular, don’t think for a second he didn’t employ a vigorous regimen when preparing for the role. That was true for the first Thor film, and it remains true all the way up to the upcoming Avengers installment.

The very idea of a Chris Hemsworth Thor diet and workout plan might sound intimidating, but that doesn’t mean it’s beyond one’s grasp. On the contrary, the Aussie actor and his personal trainer, Luke Zocchi, didn’t stray too far outside the box when putting the plan into action. If anything, Hemsworth’s respective diet and exercise routines are all about consistency, dedication, and intensity. In fact, Zocchi once claimed that he and Hemsworth never work out for more than an hour at a time. Of course, that makes for one brutal hour! 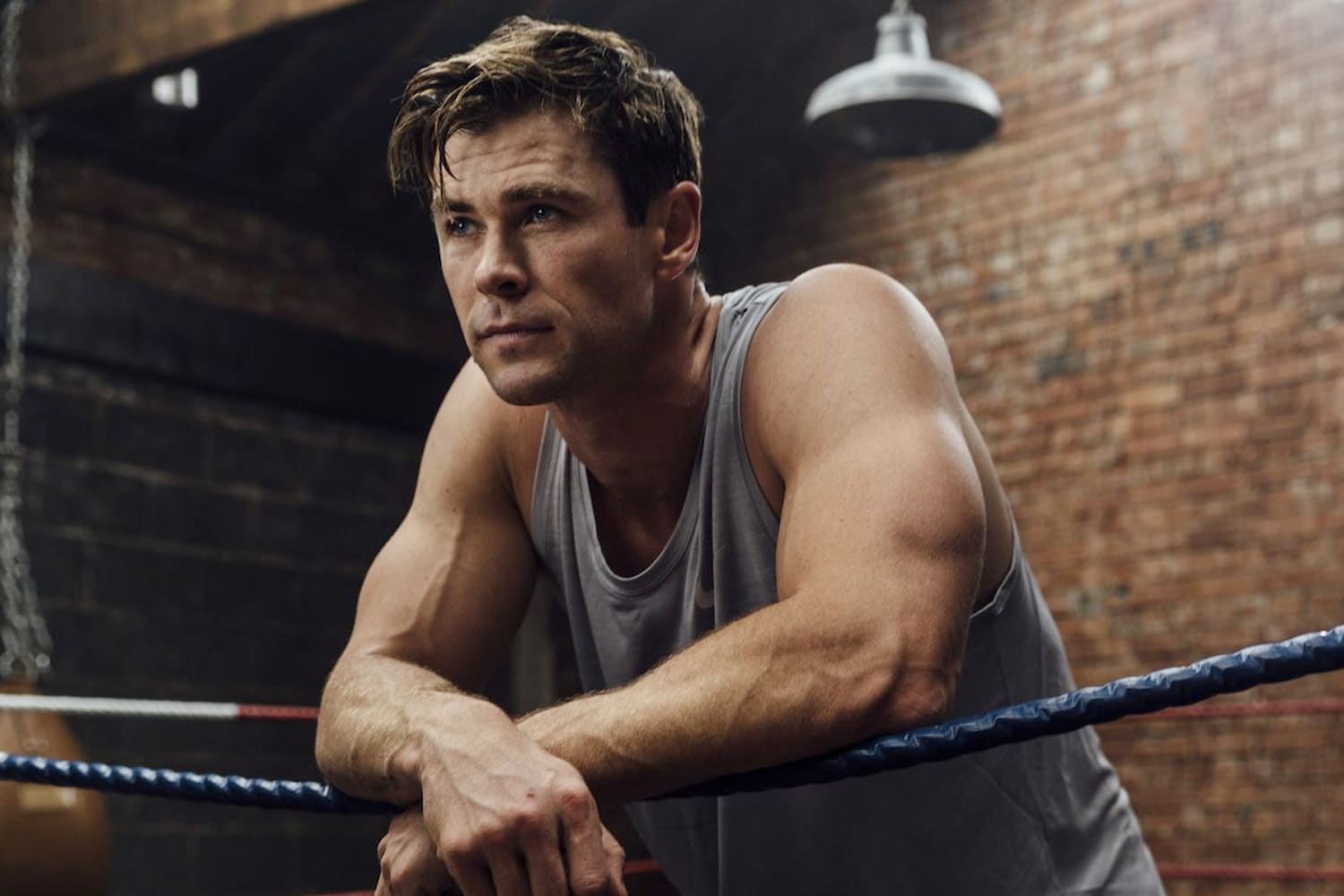 It’s worth noting that Hemsworth adopted an all-vegan diet when filming “Thor: Ragnarok” and “Avengers: Infinity Wars.” Before the shoot(s), however, he was loading up on lean and healthy proteins like chicken breast and fish, along with copious servings of veggies, brown rice, sweet potatoes, and more. Pair that with traditional bodybuilding and functional training exercises, and you get some earth-shattering results – perhaps achieving a Chris Hemsworth body for yourself. Should you want to rock your own superhero body, you can do far worse than the Chris Hemsworth Thor diet and workout plan. Here’s how to get it done. 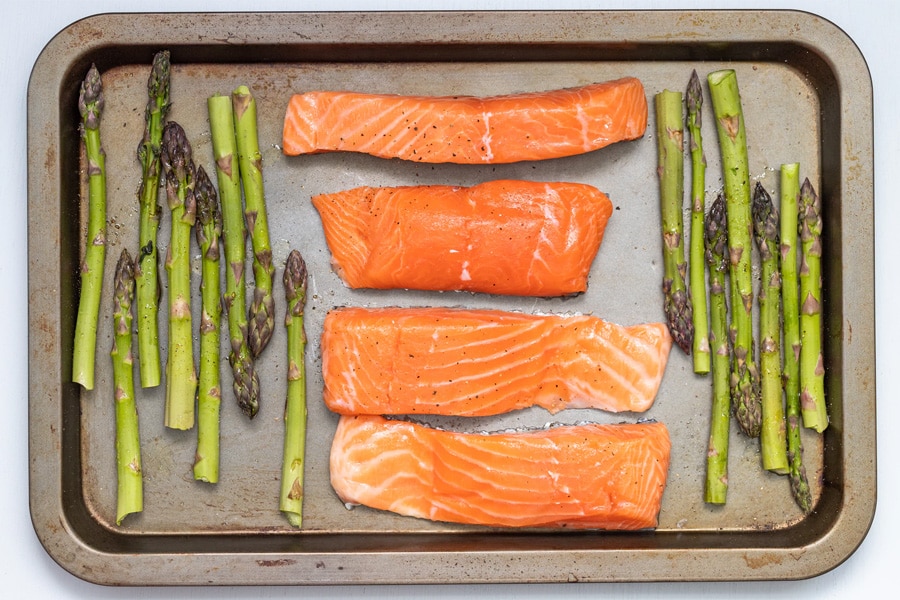 The Chris Hemsworth diet plan changes significantly in preparation for his varying roles. Most folks see Chris Hemsworth these days and immediately think of Thor (or just drop their jaws and revel in his natural handsomeness), but the truth is that the actor’s tackled a variety of different roles throughout his career. As such, the former “Sexiest Man Alive” has implemented an equally broad spectrum of dieting regimens over the past decade. For example, Hemsworth basically starved himself when preparing for the role of veteran whaler Owen Chase in 2015’s “In the Heart of the Sea.”

On the flip side of that fitness coin is Hemsworth’s most lucrative and iconic role. Wielding an all-powerful hammer as he travels through galaxies at breakneck speeds, Thor retains a muscular build of truly epic proportion. This type of chiseled physique certainly didn’t come overnight, and it couldn’t have been achieved without a proper diet plan.

If you think Hemsworth loaded up on nutritious foods beforehand, you’d be correct. After all, fitness trainer Luke Zocchi did once proclaim that “food is more important than training.” That said, Chris Hemsworth’s diet plan is just as much about the “when” as it is about the “what.”

Specifically, Zocchi had his client on a very tight schedule, which required Hemsworth to eat six times a day, every two to three hours. And we’re not talking snacks, but massive amounts of calories. In the gym, the actor would then turn those calories into muscle.

While eating tons of food might sound like a dream come true, Hemsworth struggled to keep pace. Meanwhile, he later adopted a strict vegan diet to complement the Thor workout routine, helping popularise the concept of “vegan bodybuilding.” Before that, he was chowing down on the following staples:

For a better picture of Chris Hemsworth’s Thor diet and meal plan, here’s one of his (reported) daily menus: 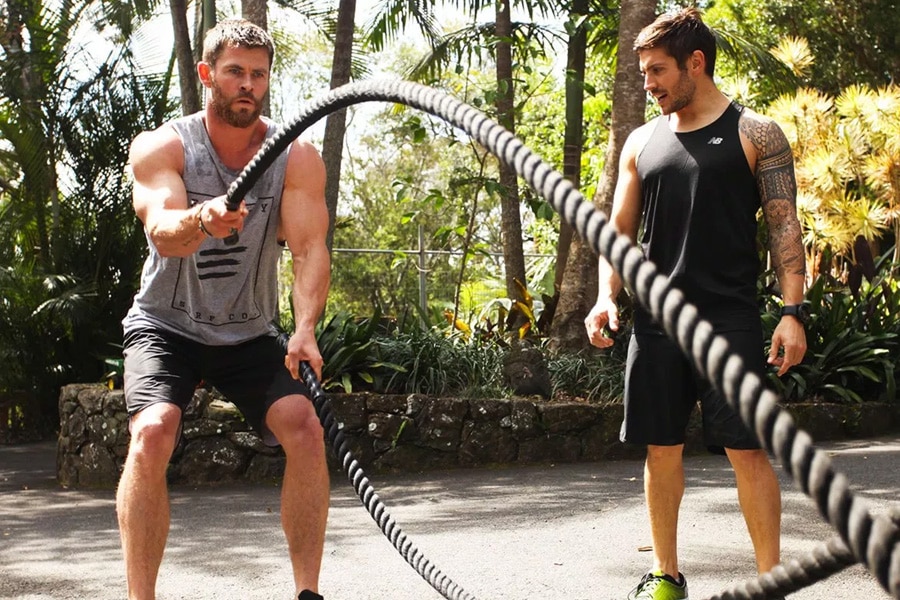 As with his diet plan, Chris Hemsworth’s Thor workout plan is all about consistency, intensity, and dedication. Well, that and some serious bodybuilding. Indeed, Hemsworth needed to turn thousands of excess calories into muscle, and he only had an hour at a time to do it. It is safe to say, not many workouts compare to a Chris Hemsworth workout routine. Our own muscles are getting sore just thinking about it.

According to Luke Zocchi, Chris Hemsworth’s workout plan consisted of traditional bodybuilding and functional training. In other words, Hemsworth lifted a lot of weights but furthermore stayed mobile so that he could still perform as many of his own stunts as possible, and hit the waves without sinking like a stone. Also, since Thor’s upper body gets much more attention from the camera than say his legs, Zocchi and Hemsworth primarily targeted the shoulders and arms. Here are some of the exercises they implemented in the Chris Hemsworth workout plan.

Naturally, the above is a mere sample of Hemsworth’s exercises. Here’s a (reported) breakdown of the actor’s specific Thor workout routine:

Last but not least, here are some general rules to abide by when becoming the next Thor:

Clearly, if you want a Chris Hemsworth body, you are going to have to work for it. In summary, Chris Hemsworth’s workout plan goes big on free weights and full-body exercises. It requires an hour of thoroughly intense muscle-building, with little downtime between sets. Also implemented are functional training exercises, which improve movement skills and retain balance. Throw in the diligent diet plan and you too can be like Thor.

If you’re truly looking to achieve a Chris Hemsworth body, check out his new app Centr. Here, you can access Chris Hemsworth workouts and diet plans to get fitter, stronger and happier.

Hemsworth says, “ I feel so fortunate to have worked with incredible experts in the field of health, nutrition, mindfulness, and training, so I thought, “Why not share that?” Tell my team what you want to achieve and they’ll help you get there.”

What did Chris Hemsworth eat for Thor?

Chris Hemsworth's diet in preparation for the Thor films was diverse and protein-heavy, including lots of chicken, fish and vegetables, and in large quantities.

How many calories did Chris Hemsworth eat for Thor?

While the exact number of calories is unknown, the sheer volume (six meals a day) of food he consumed before burning it all in the gym was a lot.

What does Chris Hemsworth eat for breakfast?

How many hours a day does Chris Hemsworth workout?

Chris Hemsworth works out for up to two hours a day, but to a highly intense degree and never for more than one hour at a time. 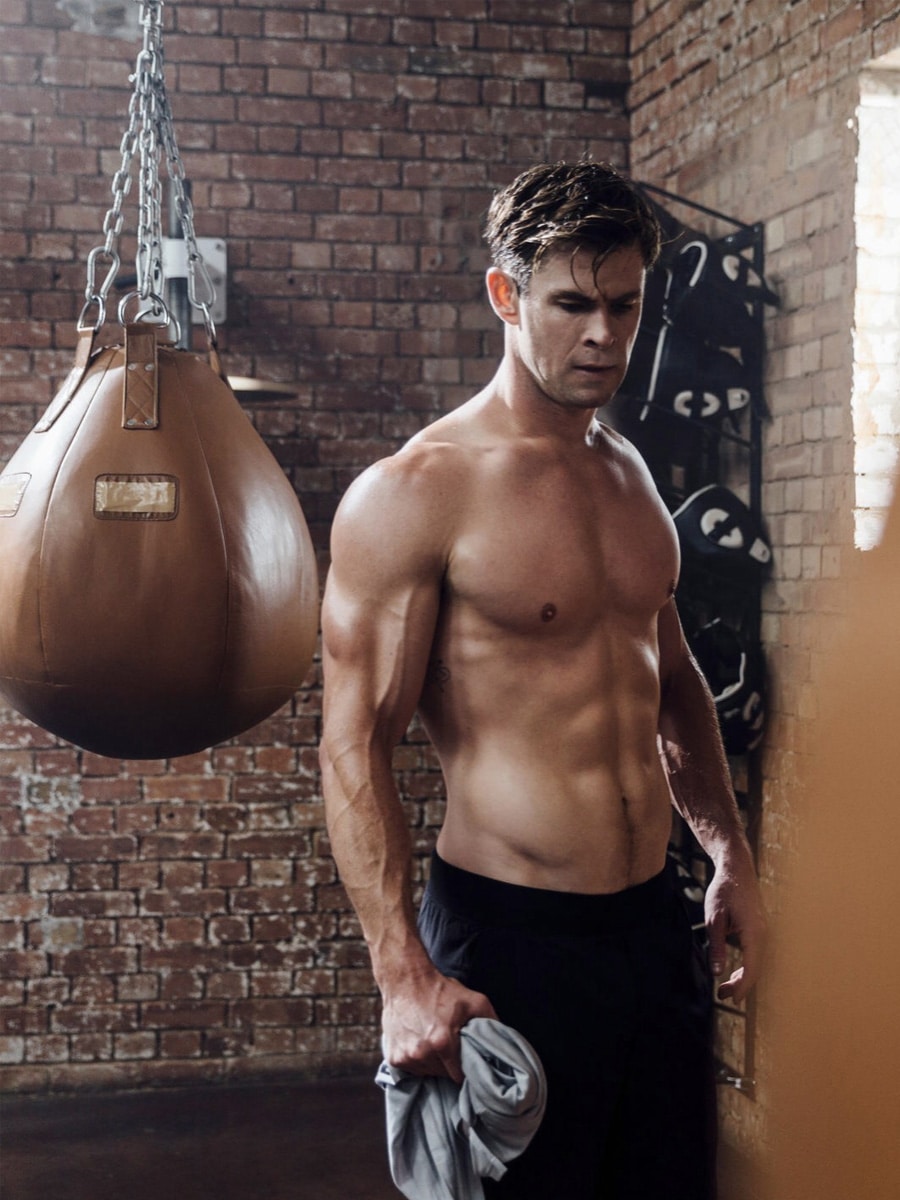