If you’re stuck in quarantine, watching all the Marvel movies in order is definitely one surefire way to pass the time. Should you decide to undertake this (super)heroic task, you’re in for a long and entertaining haul. What began with 2008’s “Iron Man” has since become an entire universe unto itself, a Marvel Cinematic Universe, if you will.

For all the hardcore fans, there’s precious little we can tell you that you don’t already know. Everyone else might be surprised to discover that watching the Marvel movies in order isn’t as simple as it first appears. That’s because there are actually multiple ways to do it, including the famous “spaghetti order” (which we’ll explain below).

Hence, before you even load up that streaming service, you should ask yourself: what’s the best order to watch Marvel movies in? By order of their release dates? By story chronology? Like we said, the process isn’t as simple as it may seem. And if you need a veritable shortcut, consider watching the Avengers movies in order instead, as they tend to encompass the MCU as a whole. 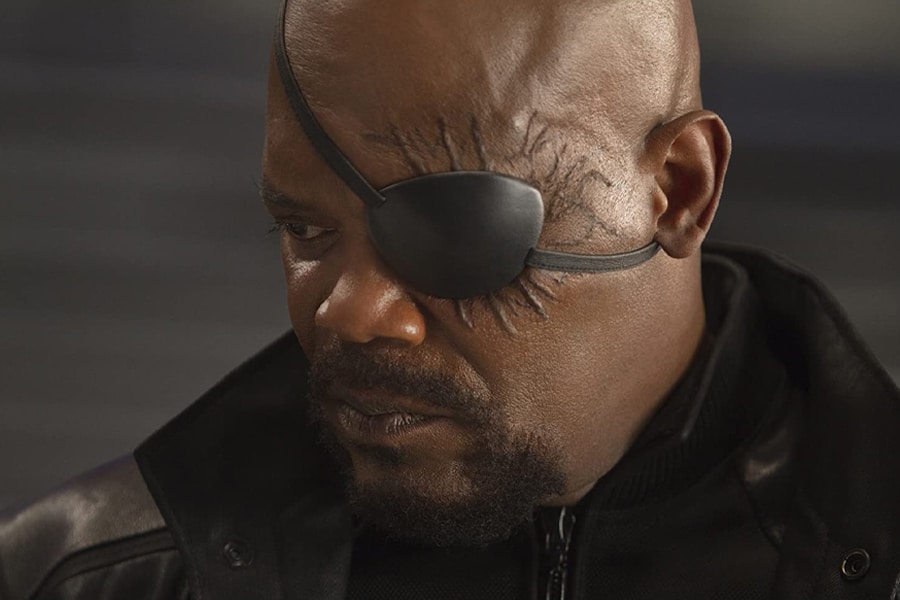 What Are the MCU Phases?

The MCU continues to unfold in carefully-planned segments or “phases.” Spanning years, each phase represents a block of specific and often interrelated stories. The main throughline tends to culminate with an Avengers film, even if that film doesn’t necessarily close out the respective phase. Phase Four includes both upcoming movies and upcoming TV shows on Disney+.

Here’s a brief breakdown of just the films:

For this reason, the list of prospective MCU movies only takes into account those that fit within the phases. Thus, films like Eric Bana’s ‘Hulk’ and the original Tobey Maguire ‘Spider-Man’ trilogy have not made the list. 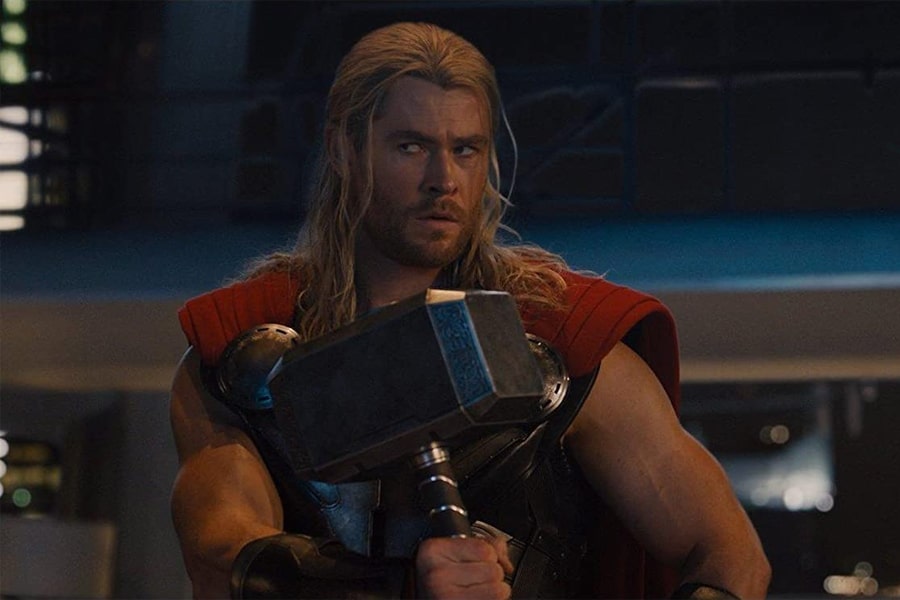 Audiences first met Captain America in this somewhat underwhelming debut, which takes place during WWII. Chris Evans plays Steve Rogers, a determined patriot who gets rejected from military service. What’s a patriot to do but take an experimental “super-soldier” serum? Captain America is thus born.

The Earth is caught in the midst of a galactic war and only former US Air Force pilot Carol Danvers (Brie Larson) can save it. Discovered by an alien race, Danvers takes on limitless power and the Captain Marvel moniker. It all goes down in the mid-1990s.

The first “Iron Man” kicks off a harrowing saga and blockbuster franchise with brilliant precision. Robert Downey Jr. stars as wealthy and outspoken defense contractor Tony Stark, who proves that necessity truly is the mother of invention. While not made entirely clear in the actual film, the story was later determined to take place in 2010.

Tony Stark aka Iron Man and his cohorts are back in this sprawling sequel. Grappling with health issues, the iconic superhero squares off against new enemies. That includes an electricity-wielding maniac named Whiplash, played by Mickey Rourke.

Before Mark Ruffalo, actor Edward Norton starred as scientist Bruce Banner and his unbound alter-ego, the Incredible Hulk. On the run from the government, Banner looks to cure himself of some serious anger management issues. As with “Iron Man,” this story was retroactively dated so as to fit in with the overarching timeline.

Cast out of Asgard, the mighty Thor (Chris Hemsworth) must cohabitate with us petty humans in this Phase One instalment. We also meet Thor’s mischievous brother Loki (Tom Hiddleston), who plays an important role as the franchise unfolds. Shakespearean actor and director Kenneth Branagh directs.

If you’re watching just the Avengers in order, your journey starts here. Awash with spectacle, the film pits the world’s foremost superheroes against Loki and his alien army. Suffice it to say, Phase One went out with a bang.

Still recovering from the events of “The Avengers,” Tony Stark squares off against his most formidable opponent yet. Along the way, he struggles with issues of identity and heroism. And thus begins Phase Two.

Dark Elves are on the attack and the fate of the universe lies in the balance. Who can save the day but the mighty Thor and his all-powerful hammer? While not a critical darling or fan favourite, the film plays an important role in the overarching MCU.

Heralded for its fusion of sub-genres, Captain America’s second outing improves by leaps and bounds over its predecessor. Set against a backdrop of political conspiracy, it gives way to the ultimate showdown between the titular superhero and a worthy foe. Nick Fury (Samuel L. Jackson) and S.H.I.E.L.D. make up a big part of the story, which has close ties to the Avengers saga. This also marks the first time that Anthony and Joe Russo (aka The Russo Brothers) direct an MCU film.

Picking up soon after its predecessor, this hotly anticipated sequel once again mixes action and comedy to superb effect. In the midst of all kinds of conflict, Star-Lord comes face to face with his long-lost father. See the film and then buy the mixtape.

They say the road to hell is paved with good intentions and this blockbuster sequel might very well prove it. In their effort to create world peace, Tony Stark and Bruce Banner unleash a global catastrophe.

Like “Guardians of the Galaxy,” this fan favourite provides an extended dose of comic relief. Paul Rudd stars as the title character, who cranks massive heroics out of his microscopic alter-ego. Who knew that someone so small could save such a big world?

If you’re watching just the Avengers movies in order, you’ll still need to catch this pivotal chapter (which is basically an Avengers film in all but name). Featuring most if not all of the major players, it centers on a disastrous rift between Captain America and Iron Man.

In the wake of a tragic car accident, Doctor Stephen Strange (Benedict Cumberbatch) embarks on a journey of dimension-spanning proportions. And so the MCU expands even further than we previously imagined.

Avengers stalwart Black Widow (Scarlett Johansson) gets a movie of her own and it jumps back a few years in time. Here’s hoping the film still meets its intended release date in November.

Take a trip to the nation of Wakanda in this massive hit, set on the heels of “Captain America: Civil War.” Chadwick Boseman stars as Prince T’Challa, who moonlights as Black Panther and faces adversaries on all sides.

Arguably Thor’s best outing, this one comes bursting to life with cheeky humour and vivid colour. Cate Blanchett plays the ruthless goddess Hela and she’s got Asgard in her crosshairs.

If you think this is just another side-hustle for the franchise, then you haven’t seen all the MCU films in order yet. Ant-Man teams up with the Wasp to uncover long-buried secrets. His micro-sized adventures pick back up in “Avengers: Endgame,” making this film more important than it may first appear.

Thor is on the hunt for six Infinity Stones and if he finds them, life as we know it will come to an end. More than another Avengers instalment, this film is everything that makes the MCU great.

With a little help from Ant-Man, the remaining Avengers unlock the secrets of time travel. That allows them to jump back five years to set things right. While not the official closing chapter of Phase Three, this record-breaking smash might as well be.

Characters are still adapting to the consequences of time travel in this proverbial denouement, which still brings plenty of blockbuster action. Hoping to get a taste of that care-free teenage life, Peter Parker takes a class trip to Europe. As he soon discovers, superheroes don’t get time off.

In lieu of chronological order, you can watch the MCU movies in order of their respective release dates. That list looks a little something like this: 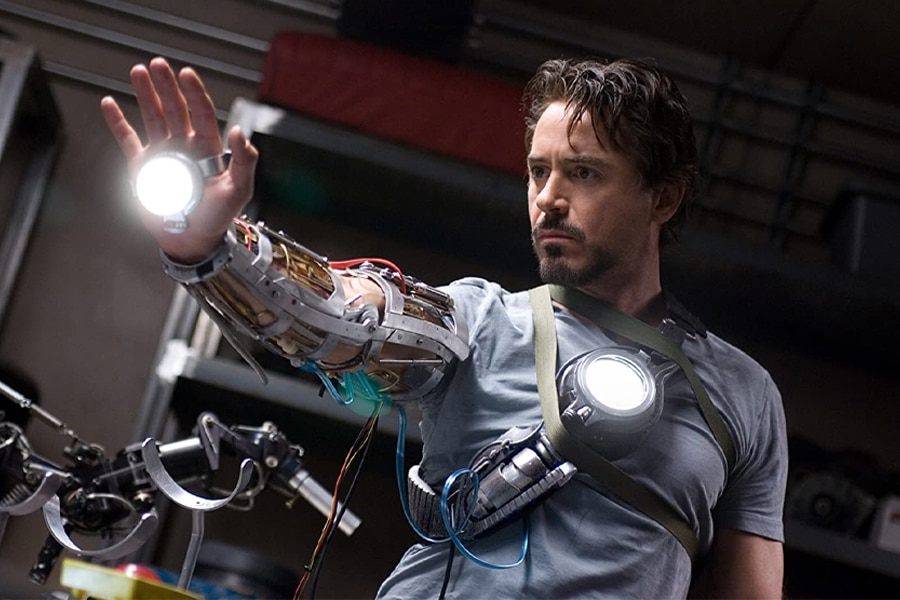 Some say the best way to watch all the Marvel movies in order is the way that writer and spaghetti-lover Jonathan Sim watched them.

Here’s how it works. Each Marvel movie has a post-credits scene. If and when that scene makes reference to an upcoming MCU film, that’s the film you should watch next.

Why spaghetti, you ask? Because like we said, Jonathan Sim loves the ubiquitous pasta dish. No, we’re not kidding. Here’s the spaghetti order:

How many Marvel movies are there?

To date, 23 Marvel movies have been released. 'Black Widow' will be the 24th MCU film and it's slated to arrive in November.

What movie starts the MCU?

The MCU—meaning Marvel Cinematic Universe—kicked off in 2008 with the first Iron Man. Chronologically, however, one could say that the saga began with the first Captain America movie.

Is it better to watch the Marvel Movies in chronological order?

The MCU jumps all over space and time and not necessarily in accordance with each film's release date. To retain a sense of narrative cohesion, you should probably watch them in chronological order.

Movies & TV
Every Marvel Movie Coming in the Next 4 Years