The Jason Statham diet and workout plan isn’t a specific routine as much as it is a constantly evolving set of training regimens. However, don’t take that to mean his approach toward fitness isn’t rooted in maximum discipline. On the contrary, the Transporter star is a dedicated beast, pushing himself up to six days a week and staying the course for all seven.

That’s not to mention Jason Statham’s MMA training background, which continues to inform his outlook on just about everything, including LeBron James’ Insane Diet & Workout Plan. We know what they say about Hollywood trickery, but don’t get it twisted: this dude is the real deal. 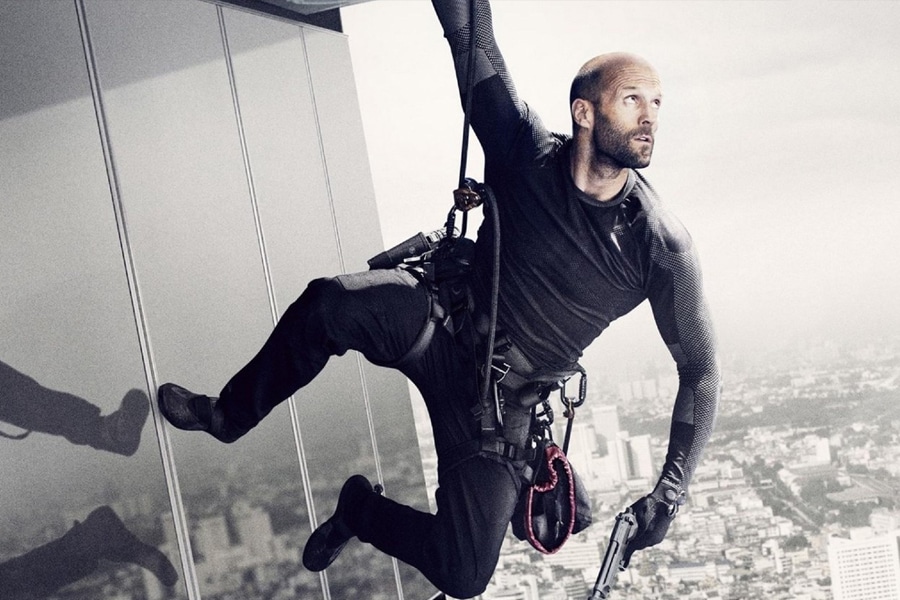 Indeed, just a brief glance at Statham’s career will tell you that the man is a pillar of physical prowess and deft agility. From his early days as a footballer and diver up to movies like Death Race and Furious 7, he’s retained a considerably healthy physique. That’s definitely still the case, as audiences will soon discover in the upcoming Hobbs and Shaw. Equally spry and muscular at the age of 51, he cuts a figure that any man half his age would love to possess.

According to former trainer Logan Hood, Statham tackles specific exercise programs based on a wide variety of both internal and external factors. To that end, anything from sleeping patterns to pending movie roles can dictate the exact parameters of his current workout routine. Nevertheless, we can provide a snapshot of the Jason Statham diet and workout plan, which is just as intense as you’d expect it to be. 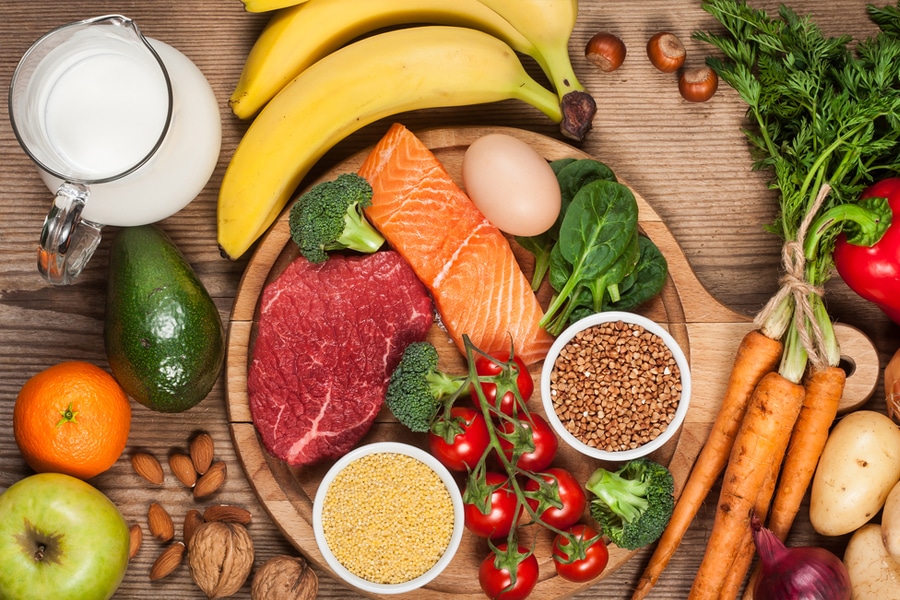 So you just watched Death Race or The Mechanic and you’re asking yourself, “Does this guy have an ounce of body fat?” Until about 2007, the answer might have been, “barely.” That was right before Statham took his diet and workout plan to even greater extremes, dropping 17 pounds in the process. He’s been pretty much all skin and muscle ever since. Now for the next obvious question: what’s his secret?

It should come as no surprise that Jason Statham is all about preserving lean muscle mass and keeping his metabolism in high gear. For the actor, that means eating as much healthy food as he possibly can. Think nuts, oats, fish, and chicken, and you’re heading in the right direction. Naturally, protein plays a big role, though Statham is also partial to steamed veggies, brown rice, and miso soup.

By the actor’s own estimation (according to an old interview), about 95 per cent of the food he consumes is “good,” though he also allows for the occasional indulgence like chocolate. When he does consume sugary or starchy foods, it’s during the daytime so that the calories burn off before he goes to bed. Along similar lines, he doesn’t eat anything after 7 PM. Meanwhile, he just says no to crappy fried food, and drinks at least three litres of water per day.

Here’s a sample of Jason Statham’s meal plan, which he implemented while preparing for movies like Death Race and Transporter 2: 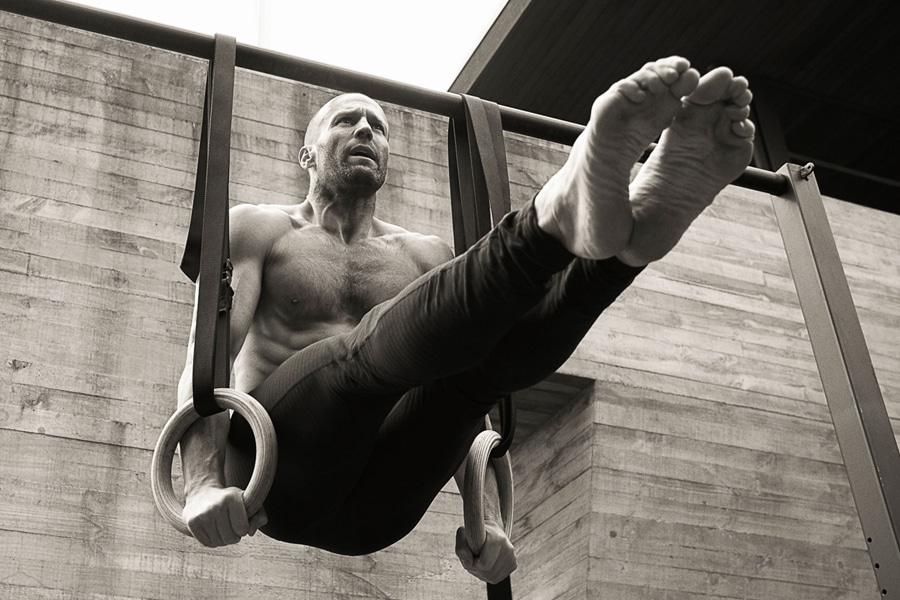 As we said before, there’s really no such thing as a set Jason Statham workout plan. Instead, there’s a rotating door of situation-contingent fitness programs. It was one of these programs that his former trainer recently shared, offering a direct glimpse into the action star’s broader regimen. The routine was designed with Statham’s physical abilities in mind, and he presumably put it into effect while training for Hobbs and Shaw and other upcoming films.

Because this workout plan was engineered specifically for the actor, you shouldn’t necessarily adopt it yourself. We know, we know: how are you going to obtain Jason Statham abs and muscles if you don’t do exactly what he does? Just proceed with caution and common sense is all we’re trying to say. Also, don’t forget that there are numerous other celebrity diets and workout plans to choose from, each of which will deliver results.

Here’s a 7-day breakdown of one of Jason Statham’s workout plans:

This involves a series of warm-ups and one-rep bench press exercises, paving the way for a solitary goal: the almighty deadlift (i.e. a one-repetition max of the heaviest weight you can lift at one time).

Allow us to remind you (again) that the following weights are the ones that Jason Statham uses for his workout. Should you adopt a similar routine, adjust each weight accordingly.

Statham performs 10 minutes of aerial footwork on the trampoline.

Statham alternates between 5 exercises and performs the entire circuit 10 times. He starts with 10 reps, then goes down to 9, then 8, and so on, making for a grand total of 55 reps per exercise. There should be minimal rest time between each set. 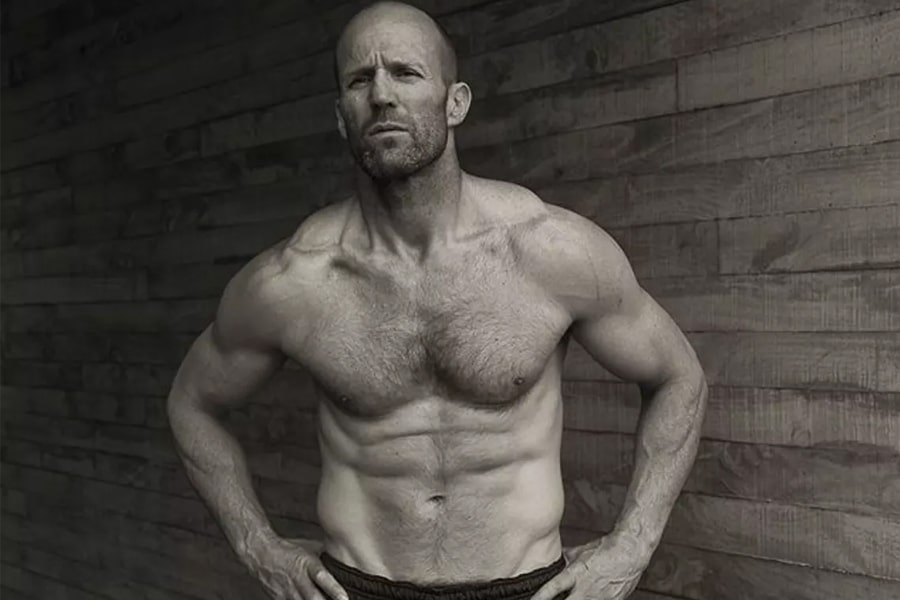 Statham’s workout consists of six intervals of 500 metres, with 3 minutes of rest between each 500-metre sprint. Not to intimidate you, but here are Statham’s recent times:

To cool down, Statham picks up two 70-pound kettlebells and performs a farmer carry for 500 metres.

This workout is dedicated to front squats, which assist with total-body conditioning.

Statham performs 200 ladder push-ups with his trainer. If you don’t have a partner or trainer, take measured pauses between each push-up, as if going “1 for 1” with someone else.

Here’s another metabolism booster that targets the entire body. However, it entails just one total round in lieu of circuit training.

Finish one exercise before moving onto the next. When you’ve completed the entire circuit, the workout is over.

This day is all about finding a physical activity you enjoy. It can be hiking, playing sports, swimming, or anything else that increases endurance and gets the blood flowing. What’s important is that you perform the activity for a full hour without interruption.

Statham goes for a 73-minute trail run in the mountains.

What does Jason Staham eat?

Jason Statham has a very healthy diet of things like fish, chicken, oats and nuts. While consuming alot of protein he also consumes veggies and brown rice.

What is the height and weight of Jason Statham?

Jason Statham's height is 1.78 meters and his weight is 77kg.