At 58 years of age, Tom Cruise is looking as fit as ever before. A notorious workaholic, the global movie star brings that same level of dedication to his weekly workout regimen. If you want a Tom Cruise body, prepare to get outdoors because he partakes in all kinds of adventure-based activities. No, we’re not asking you to jump out of any planes or helicopters. On the other hand, performing death-defying stunts is certainly one way to stay young at heart.

People half Tom Cruise’s age may find it hard to keep up with his high-energy antics, but don’t let that stop you from trying. The actor is nothing if not a walking ode to perennial self-improvement, which could in and of itself provide some proper motivation. You may even take things a step further by picking up style pointers from this well-dressed man. Indeed, there are worse things to pursue than figuring out how to look like Tom Cruise. Of course, your mission at hand—should you choose to accept it—is his workout and diet plan. Let’s get into it. 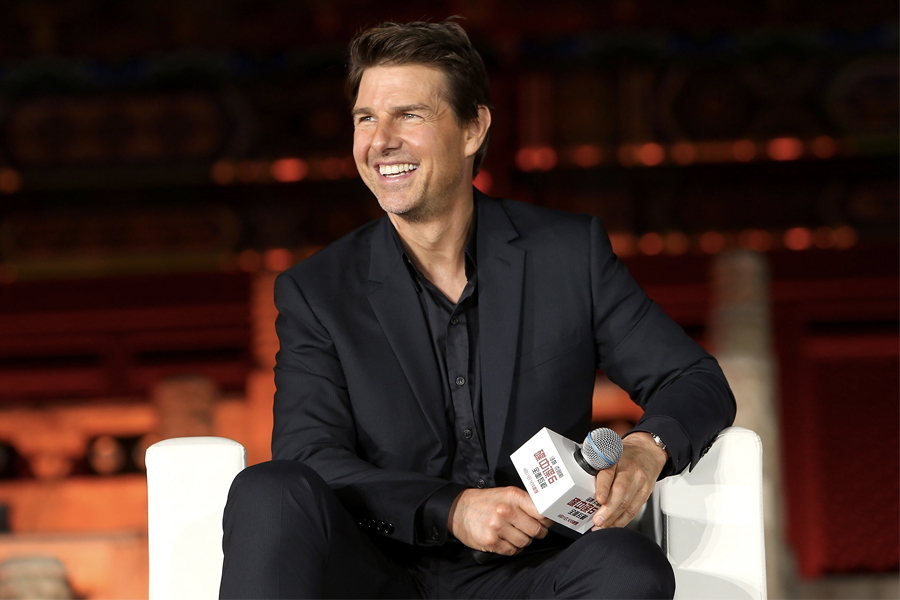 Who is Tom Cruise?

Born in Syracuse, New York, Tom Cruise grew up on the brink of incessant poverty and spent much of his youth moving from one place to the next (it’s been reported that he went to as many as 15 schools in 14 years). The product of a Catholic upbringing, he flirted with the priesthood while attending a Franciscan seminary in Ohio. By 18 years of age, Tom Cruise moved to New York City to pursue an acting career instead. He scored brief roles in films like Endless Love and Taps soon after.

They say there’s no such thing as an overnight success, but Tom Cruise is about as close as it gets. Even in his earliest appearances, the actor’s powerful presence became an instant draw. By 1983, he was starring in The Outsiders alongside a slew of future talent. It was the official jumping-off point for a miraculously tenable career, which straddles each of the last four decades. You can now see him in hits such as Top Gun, Rain Main, A Few Good Men, Jerry Maguire, Edge of Tomorrow, and the Mission: Impossible franchise, to name just a few examples.

We could go on and on but there’s precious little to say about this legend that you don’t already know. From his daring stuntwork to his high-profile marriages to his controversial beliefs to his recent COVID-19 rally cry, he’s been making headlines for nearly 40 years. Heck, tons of people are even fascinated with Tom Cruise’s running habits (albeit with good reason). Love him or hate him, the man remains a pillar of dedication and strategy. One might even say he’s the most successful movie star of all time. It should come as a surprise to no one that Tom Cruise is as regimental about his nutrition as he is about everything else in his life. According to an anonymous crew member—who worked with Cruise on Mission: Impossible—Fallout —the movie star practices a “bizarre diet.” Call it bizarre if you will, but this unconventional approach appears to be working. To summarise the actor’s eating habits back in 2018: small meals.

If the anonymous source is to be believed, Tom Cruise’s diet plan eschewed the traditional three square meals a day in favour of 15 small snacks. Each snack was reportedly prepared by one of two personal chefs, and it would include foods such as nuts and freeze-dried organic blueberries. One might call it the “forager” diet but…you know…with personal chefs doing all the foraging.

Jump ahead to 2020 and new reports emerge about Tom Cruise’s eating habits. Now, it would appear that he consumes as little as 1200 calories a day, as part of a David Beckham-devised diet plan. The same reports have Cruise eating mostly grilled foods and avoiding carbs as much as possible. That’s likely because carb intake increases glucose production, which can ultimately yield excess fat, inflammation, and other unwanted outcomes.

You might be asking: why grilled food? According to some nutrition experts, grilling your food at low temperatures helps ward off inflammation. The same experts also recommend eating anti-inflammatory nutrients such as flavanoids (onions, citrus fruit, etc) and isoflavones (soy, etc).

Hence, if you’re wondering how to look like Tom Cruise (or David Beckham, for that matter), consider lightening your calorie load, avoiding carbs, and eating multiple small meals throughout the day. Bring in the adjoining workout routine and you may have yourself a Tom Cruise body in no time. Matching his sharp eyes and iconic smile will be a bit more challenging, but we’re sure you’ll figure something out. 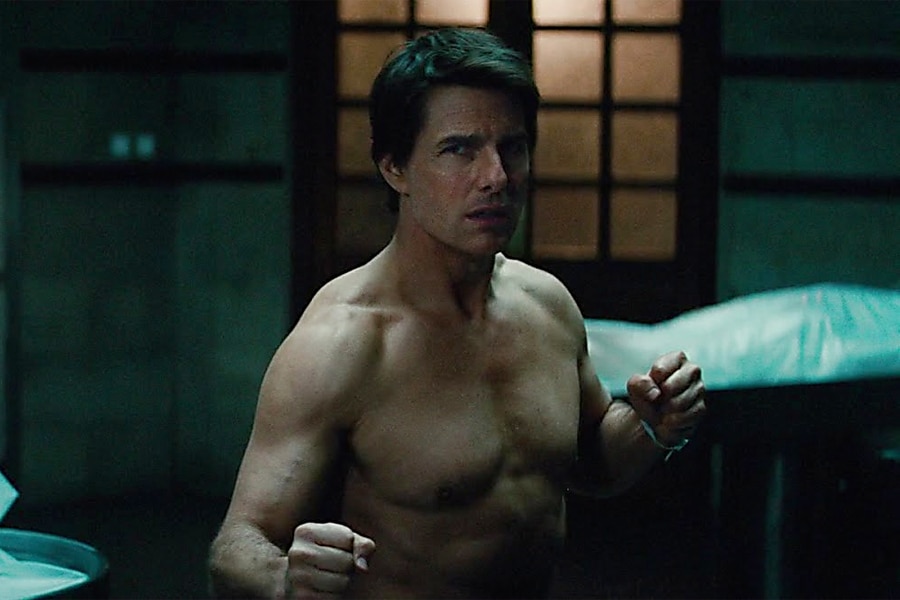 You’ve mastered the diet plan and now it’s time to get running, Tom Cruise-style. Of course, the actor’s uniquely fierce sprint is but a small part of his overall fitness routine. As we warned you before, one should be prepared for a ceaseless amount of outdoor activity. To quote him directly (from a 2018 interview): “Sea-kayaking, caving… fencing, treadmill, weights… rock-climbing, hiking… I jog… I do so many different activities.”

With David Beckham as a reported training partner, Cruise is also known to get busy with the weights. Generally speaking, his workout is best described as a wide-reaching combination of cardio and strength-building. Like a man half his age, Tom Cruise maintains a proactive passion for all forms of adventure and that helps keep him naturally fit as well.

Frankly, the Tom Cruise workout is something we can all aspire to. Whereas traditional fitness can get so redundant, athletic games and outdoor activities deliver the ideal fusion of exercise and variety. It’s a terrific way to stay motivated while working up to that Tom Cruise body. And if it sounds like an impossible mission in the making, we know a few movies that will prove otherwise.

In the spirit of Hollywood’s most enduring star, we’ve devised a Tom Cruise-style workout plan. As you might expect, it features traditional strength training along with a range of choose-your-own activities. May it bring out the action hero inside you or, at the very least, keep you young at heart. 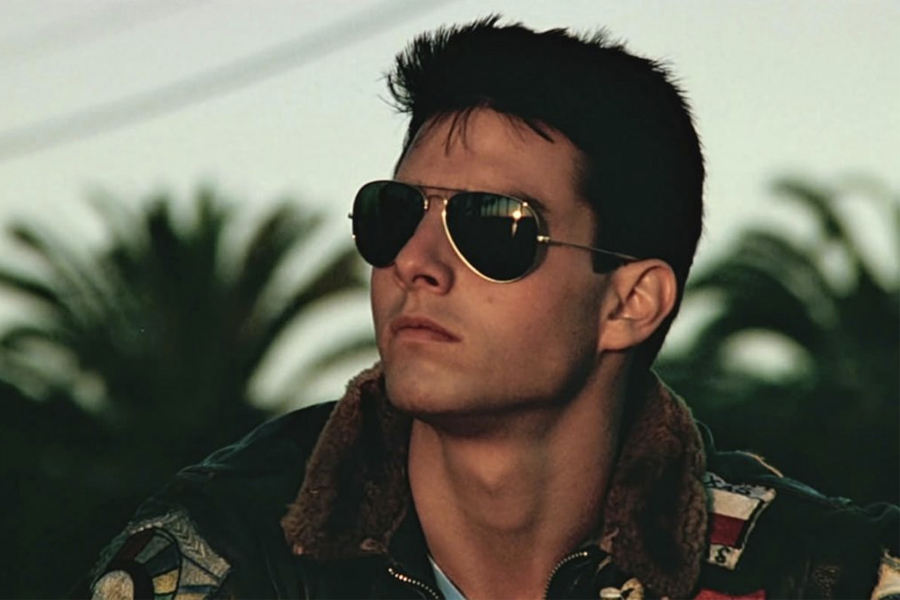 Day Three: Back, Biceps and Traps

How old is Tom Cruise?

Does Tom Cruise do all his own stunts?

According to most reports, Tom Cruise performs as many of his own stunts as possible. When the risk is too high, he's been known to bring in a stunt double.