Every home cook has encountered the Cups to mL conversion dilemma. There’s nothing more annoying than opening up a recipe, only to realise that your measuring cup is missing and your knowledge of Imperial vs Metric is below par. The majority of Australian recipes use mLs or cups as measures of volume but it’s important to be able to convert between the two to measure liquids. So if you’re ever wondering how many mL are in a cup? We’ve got the answers for you below in a handy chart.

Australia, Canada, New Zealand, and some other Commonwealth Nations employ a “metric cup” of 250 millilitres. For reference, one dessertspoon is the equivalent of two teaspoons.

It’s also important to note that the US Standard (imperial) measure of a cup is different to Australia (metric) which is explained further below. American recipes often use ounces (oz) to measure liquids and for that, you can use this handy calculator here.

You can also use this handy calculator below to convert cups to millilitres:

Cup (unit) Size in the US vs Metric

The United States Cup measurement differs from Australia in that it is traditionally equal to one-half US pint (236.6 ml) or what’s known as a customary cup. However, the cup currently used in the United States for nutrition labelling is defined in United States law as 240 ml. Click here for an Oz to mL to Cup Conversion Table.

How many mL in a cup?

The cup is a cooking measurement of volume. It is traditionally equal to one-half US pint (236.6 ml), or an amount between 200 ml and 250 ml in the metric system 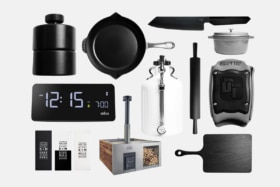 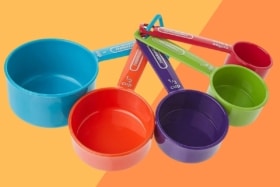