“What are truffles again?” you ask your waiter, who’s just told you that your pasta dish will include them. He goes on to explain that truffles are a rare and delicious form of mushroom before bustling off to his other tables. When your pasta dish finally arrives, there’s no mistaking the shaved truffles on top of it, which deliver a pungent aroma and distinctly earthy taste. Should you have a well-developed palate, you’ll quickly fall in love with each exquisite flavour as it unravels in your mouth.

Soon after, you’re looking for truffles everywhere you go, meaning restaurants and nearby forests alike. Prepare to be disappointed because finding truffles in Australia and pretty much anywhere else can be quite daunting unless you’re willing to pay extra for the privilege. While technically a mushroom, this elusive fungi is much harder to come by than your standard portobello or shiitake, to say the least.

Meanwhile, you still have questions. What is a black truffle? What is a white truffle? Are truffles the same thing as mushrooms or aren’t they? Is it true that truffles look like poop? Are they safe? Are they being hidden away from us in order to keep the prices high? Why do they taste so freaking good?!!!

First of all: take some deep breaths because you’re getting a little truffle crazy on us. Okay, now that you’ve calmed down a little, here’s everything you need to know about the mighty truffle.

Not to be confused with fancy bite-sized chocolates of the same name, savoury truffles are subterranean fungi grown in calcareous soils near the roots of broadleaved trees such as oak or hazelnut. They’re mostly produced in concentrated areas around the world, including France, Italy, New Zealand, China, North Africa, the Middle East, and the Pacific Northwest. 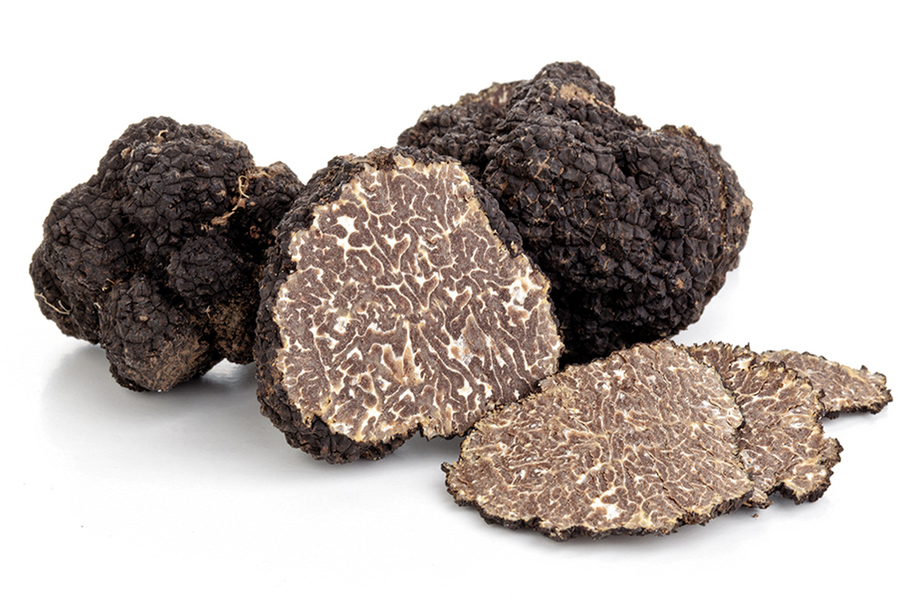 Because of its spore-bearing body, the truffle is basically considered a form of mushroom. However, there are some important differences between these two respective groups. Namely, truffles grow underground while mushrooms typically grow above ground. What’s more, edible truffles don’t taste much like any traditional mushroom, even if both share a certain tier of earthy flavour.

For the sake of simplicity, most folks consider truffles to be a form of mushroom because both truffles and mushrooms are fungi with fruiting bodies. The fruiting body, by the way, is the part of the fungus that reproduces spores. On a typical mushroom, for instance, the part that crops up is the actual mushroom (i.e. the fruiting body) while the stem that exists below ground is a fungus. 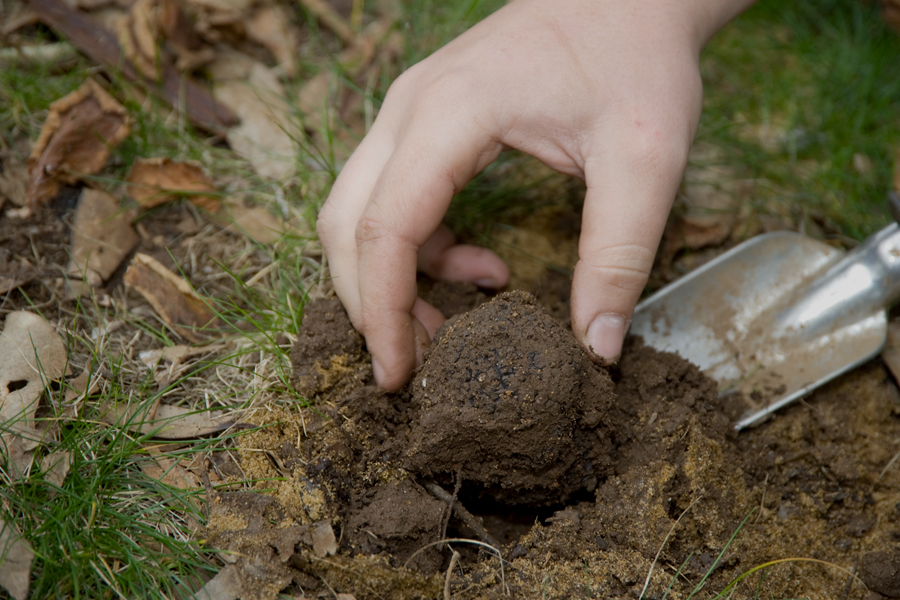 How are Truffles Grown?

If you thought growing something like a vineyard was a headache, odds are you wouldn’t make for a very good truffle farmer. That’s because the process can take anywhere from three to four years on average, and yield frequent disappointment. Step one is to inject special fungi spores into oak or hazelnut trees when the trees are just seedlings, with each tree being a good distance from the next one.

As the trees grow, the truffles likewise grow underground by attaching themselves to the tree roots. All the while, the truffles and host trees experience a symbiotic relationship, during which the truffles help the tree get nourishing phosphorous from the soil while the tree roots feed glucose to the growing truffles.

When it comes time to harvest, farmers use specially trained dogs or pigs to sniff out the distinct truffle aromas. This is known as truffle hunting and it’s reportedly quite fun, according to those who have done it. On the other hand, some farmers come up virtually empty-handed due to factors like climate, soil, and luck, and that’s probably not very fun at all.

It’s also worth mentioning that truffles can grow naturally in the wild. This occurs when animals dig up truffles and then poop out the spores, spreading them into other areas. Nowadays, however, a human will usually dig up the truffle before an animal can enjoy it. There’s money to be made, after all. It’s because of the profit potential that more truffle farms continue to pop up around the world, despite the extended wait times and built-in levels of uncertainty.

How Big is the Truffle Industry in Australia?

If you’re wondering where to find truffles in Australia, you’re definitely in luck because our nation is in the midst of a bona fide truffle boom. Whereas Australia was harvesting about one kilogram of truffles back in 1997, that number is now hovering around 20,000 kilograms. New Zealand is likewise experiencing a surge in truffle farming, with about 30 truffières (aka truffle farms) to show for it. Australia has around 160 truffières.

Because truffles tend to grow best when there are swings in temperature, you’ll find most of them in places like Victoria and Tasmania (which experience warm summers and cold winters). The town of Manjimup—located at the southern end of Western Australia—is also a hotbed for truffle production. Over in New Zealand, the majority of farms are in the North Canterbury region.

Most of Australia’s truffle output is exported while about 25% stays right here at home. Hence, while finding truffles in Australia is easier now than ever before, don’t take that to mean this delicacy won’t come at a premium. If you’re trying to save a few bucks, there’s always truffle oil.

While a variety of truffle species exist, most folks are familiar with the general categories of black truffles and white truffles. Black truffles tend to have rough and somewhat granular exteriors, resembling solid clumps of dirt or even lumpy poop (depending on who you ask). Their insides are far more fetching by comparison, looking almost like wagyu beef.

White truffles, meanwhile, tend to resemble a rough-skinned potato on the outside. On the inside, they exhibit the kind of marbled mushroom quality that you find in black truffles, albeit in a slightly different form. 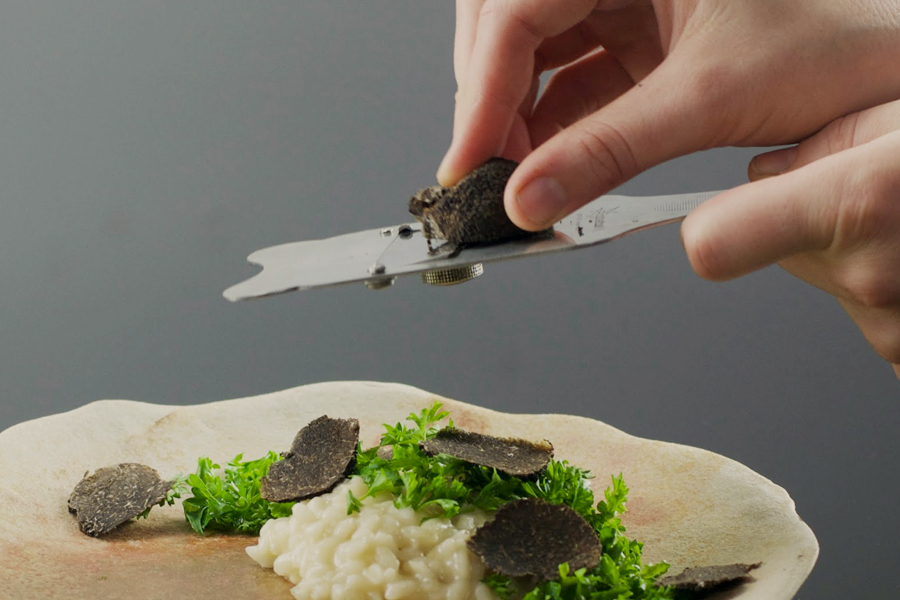 Black truffles give off a pungent aroma and usually taste better when cooked. The flavour is often described as being nutty, earthy, woody, mushroomy, and even a little chocolatey.

White truffles are somewhat more subtle by comparison, though still completely discernible when added to any dish. They give off a musky aroma and deliver a taste that’s typically described as being lightly garlicky.

Now that you know what truffles are, you’d like to experience them for yourself. Trust us when we say we can’t blame you. Thankfully, finding truffles in Australia isn’t as difficult as it used to be. Here are some restaurants (and festivals) in New Zealand and Australia where you can often find truffles on the menu: Locations in Sydney and Brisbane 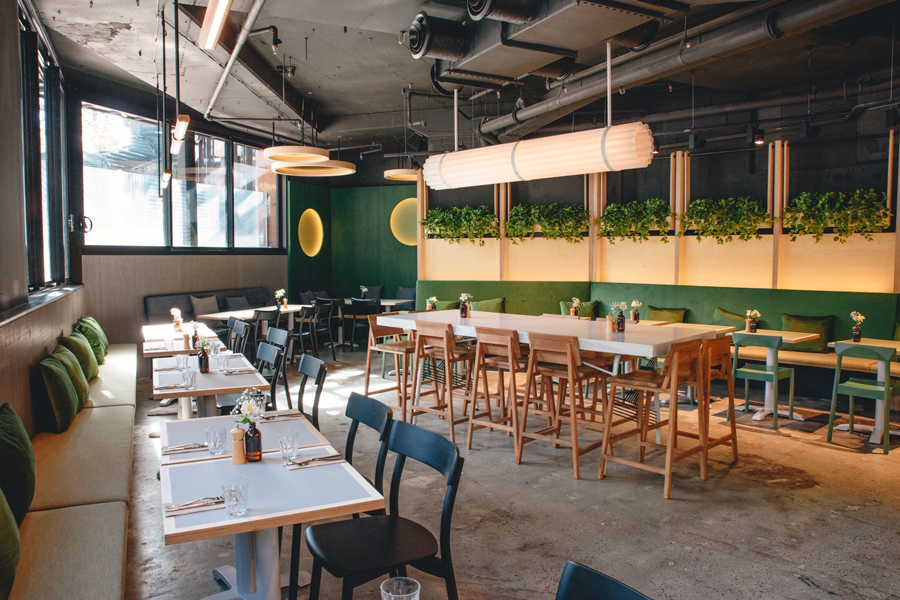 Multiple locations in Sydney and Brisbane 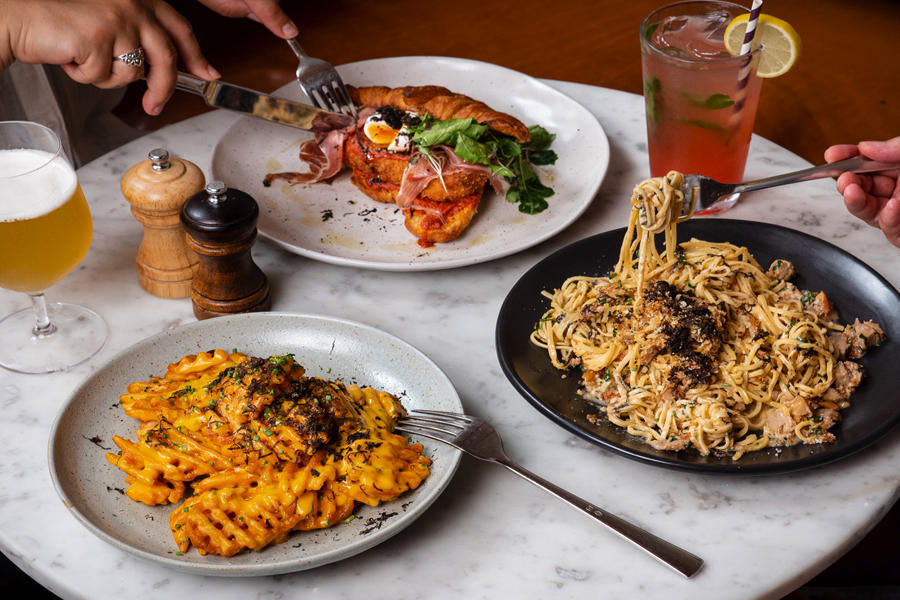 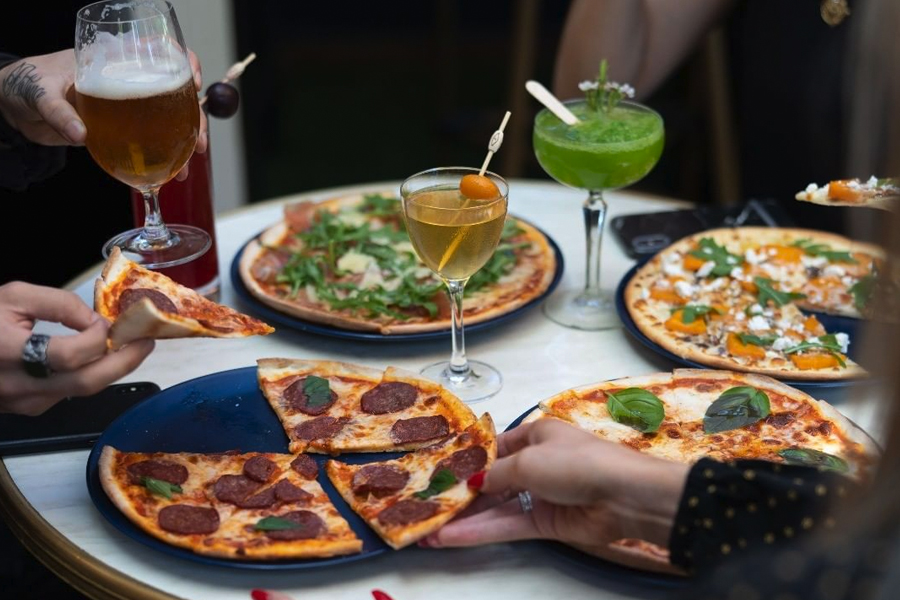 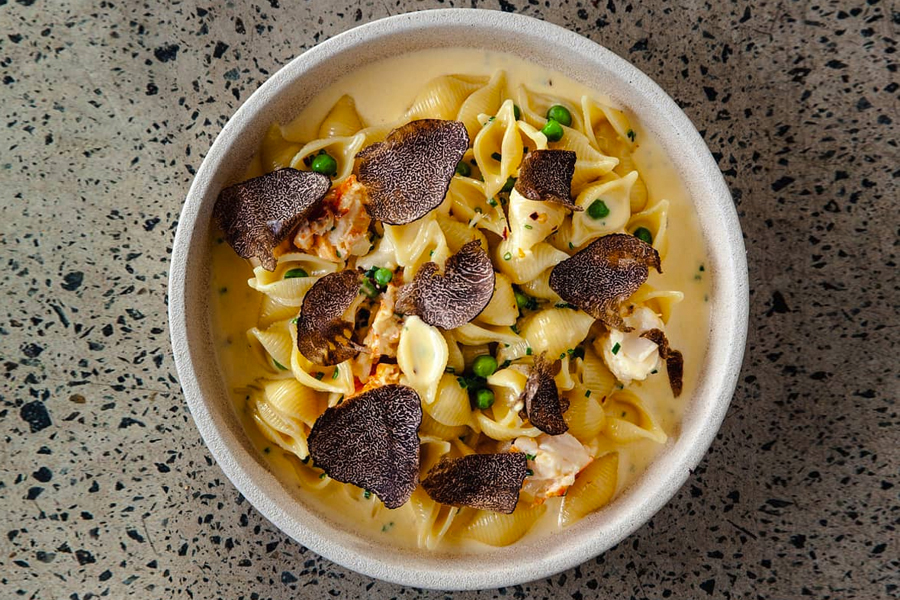 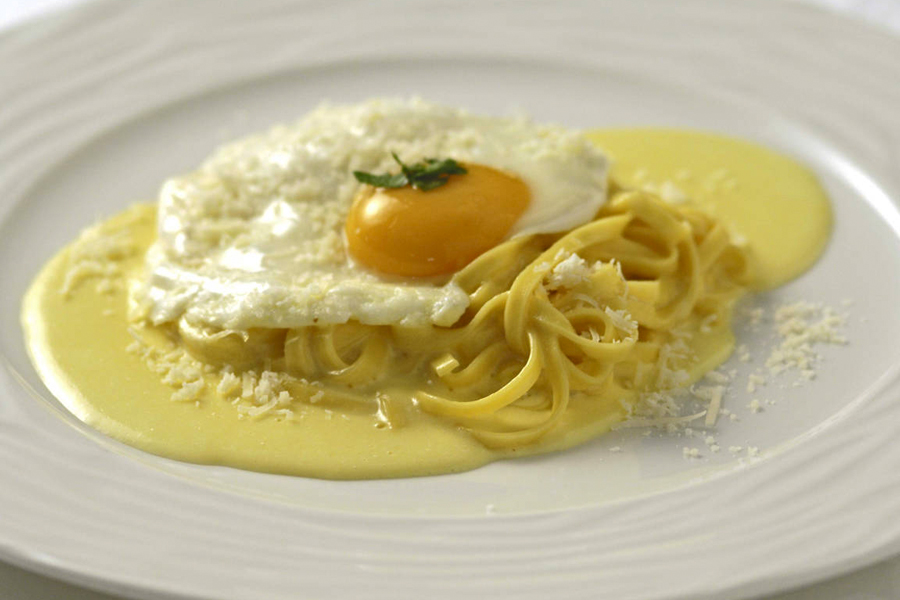 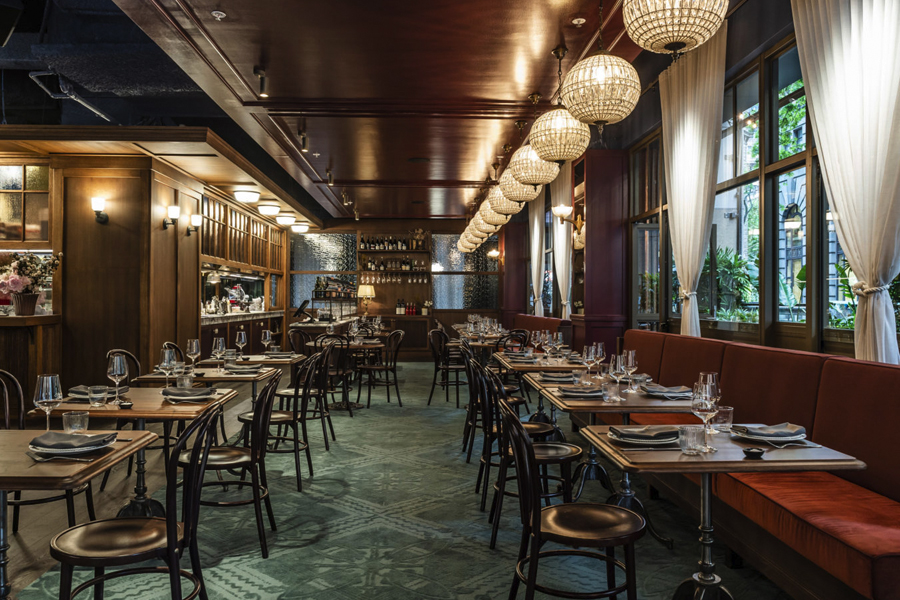 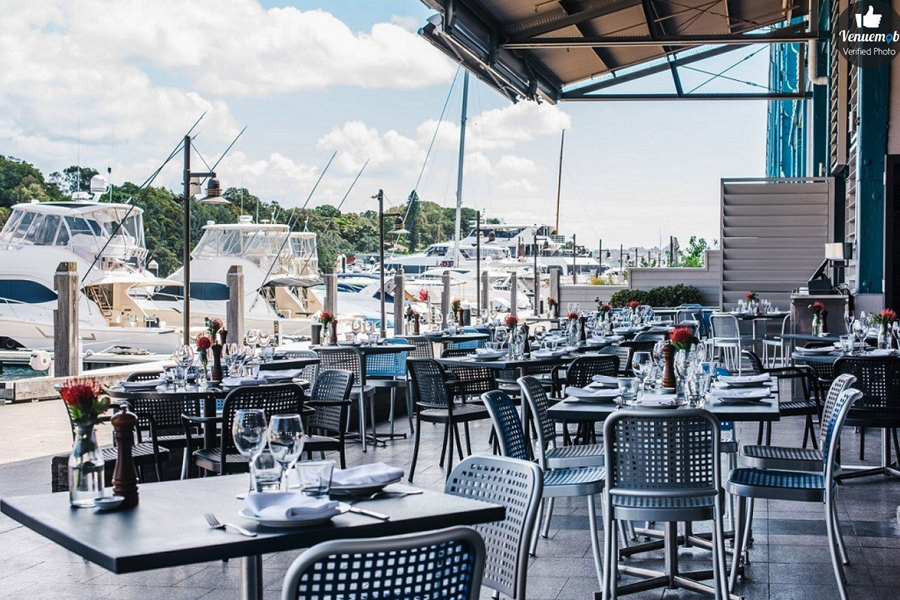 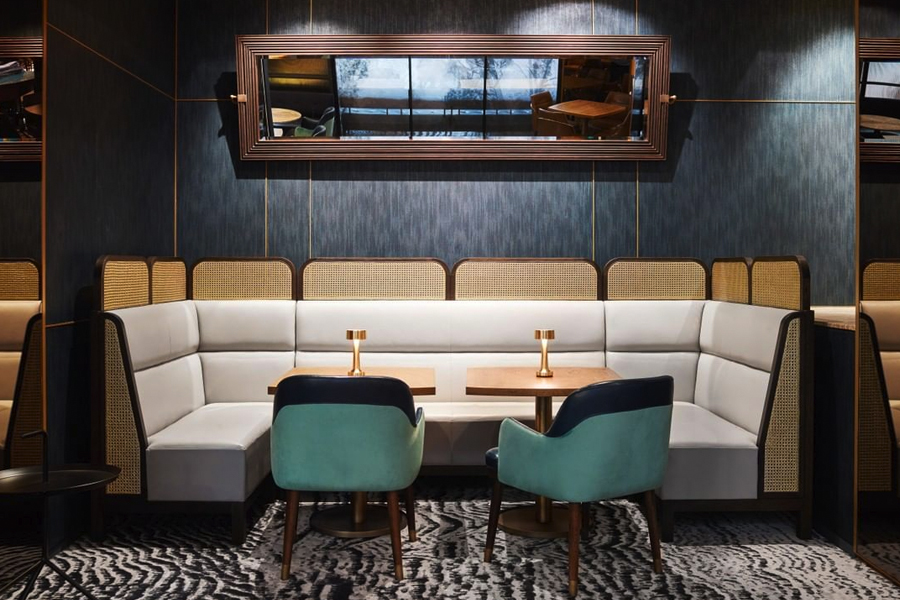 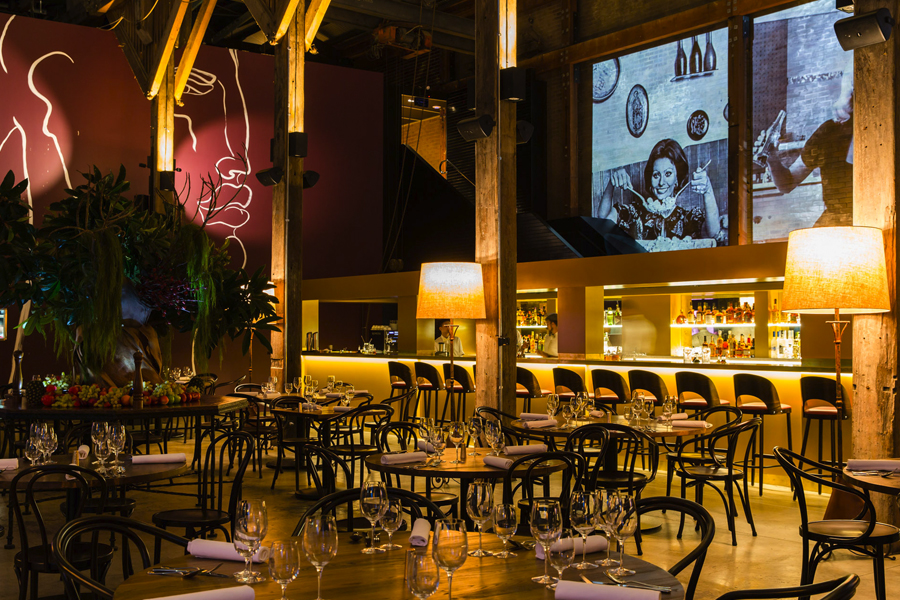 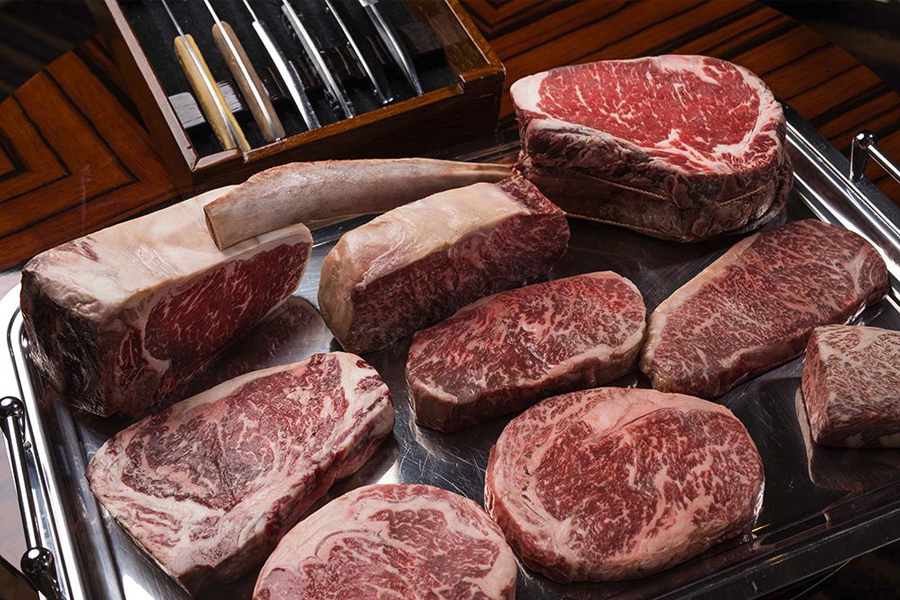 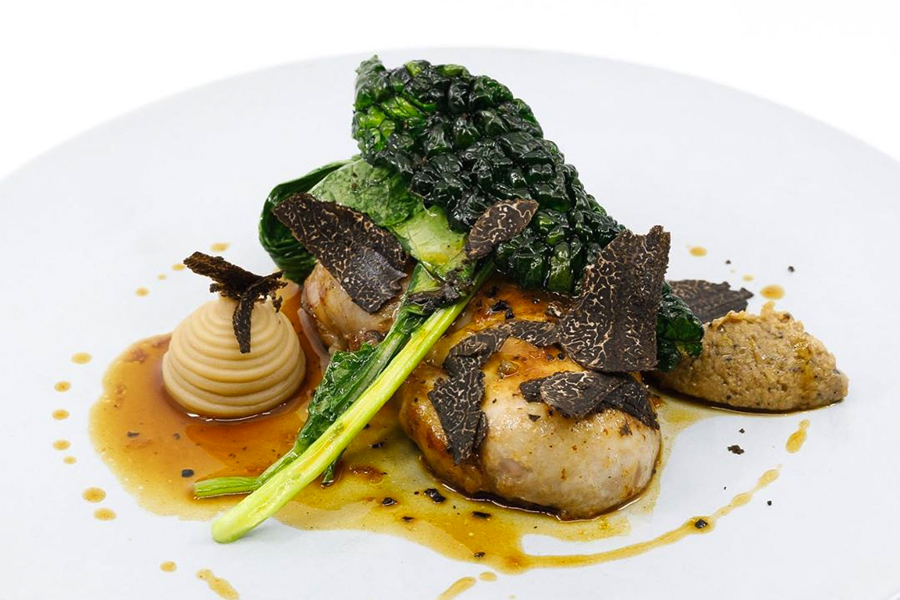 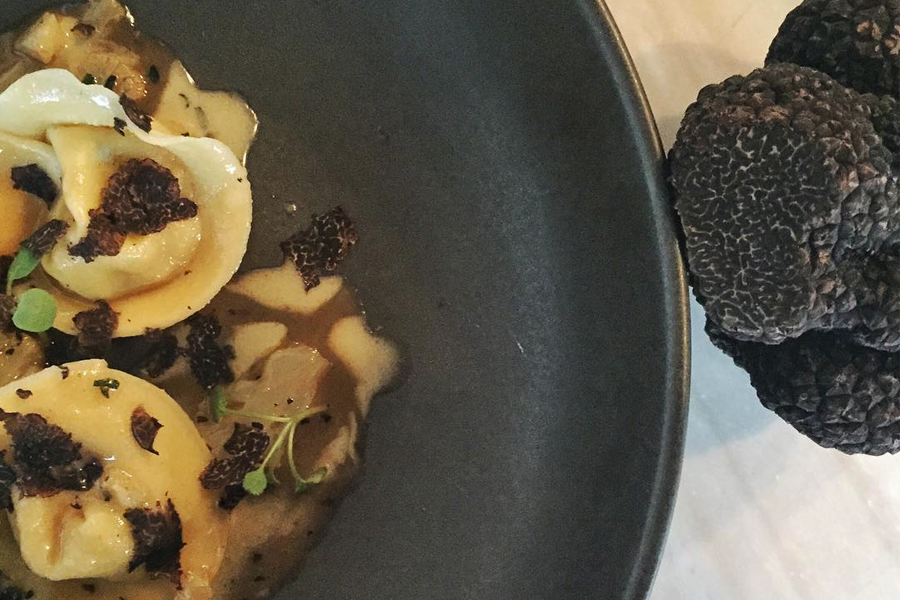 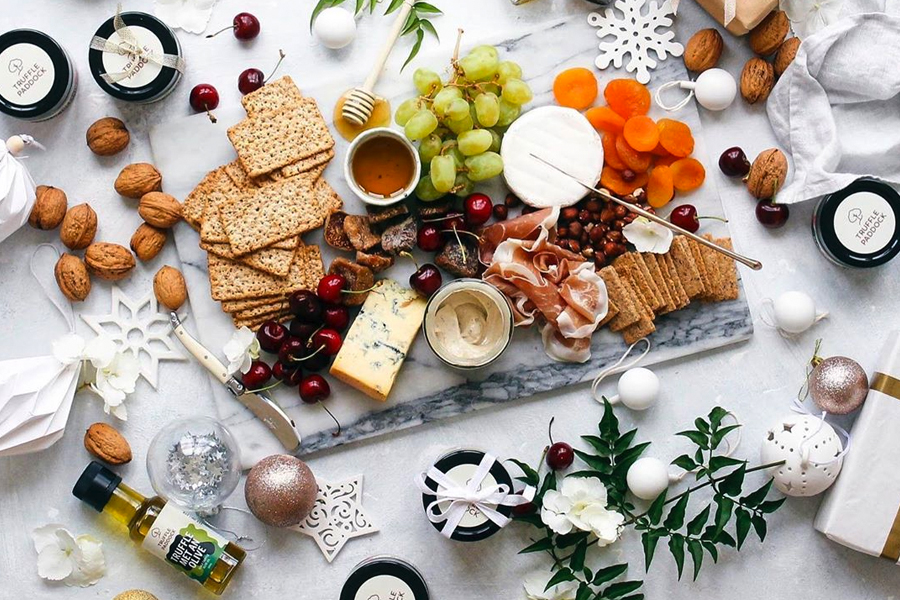 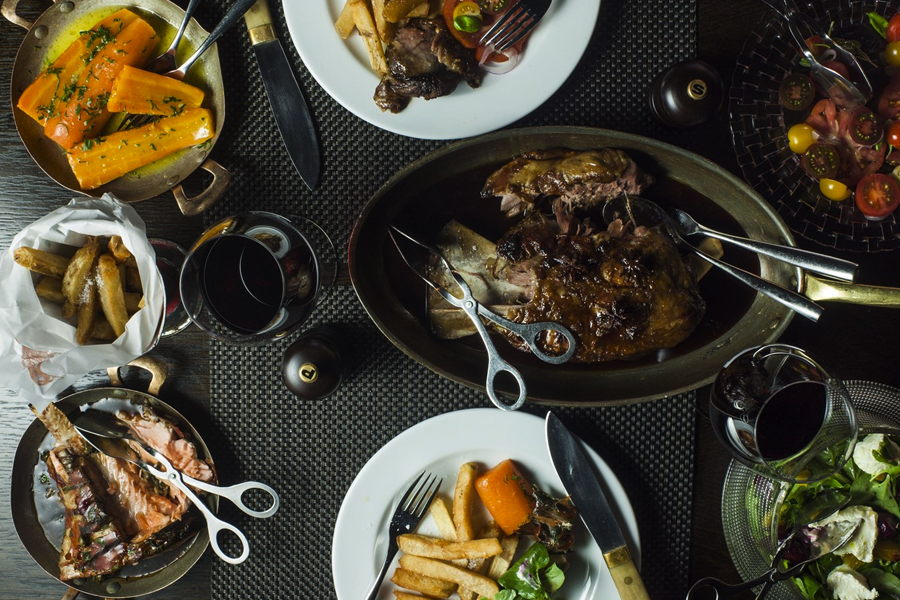 Why are truffles so expensive?

Truffles can take up to four years to grow and not all harvests will yield success. Pair that with the traditional tenets of supply and demand and it's easy to see why truffles are so expensive.

What are truffles used for?

Truffles are most commonly shaved and then used as a garnish on anything from egg dishes to pasta dishes to cheeseburgers.

What food group are truffles?

Edible truffles are fungi with fruiting bodies. For the sake of convenience, most people consider them to be a form of mushroom.

Truffles are not poop, though black truffles do bear a resemblance. Furthermore, truffles are not grown on poop. That said, truffles can proliferate when animals eat them and then poop out the reproductive spores.

Truffles can be considered relatively healthy because they're high in vitamins, minerals, carbs, protein, and fibre. In addition to containing both saturated and unsaturated fatty acids, truffles include vitamin C, phosphorus, sodium, calcium, magnesium, manganese, and iron.