Whether you are steaming it, frying it or eating it raw, kale has for long been lauded as the ultimate vegetable. Loaded with nutrients, the leafy green has amassed a bit of a cult following of late, thanks to its prevalence in smoothies and salads. Nowadays, you’d be hard-pressed to find a cafe in a trendy suburb that wasn’t spruiking kale nutrition stats and firing off superfood claims. It’s true, the leafy vegetable you can cook or eat raw is now a favourite among nutritionists, doctors and influencers, but are the health benefits of kale really all they’re cracked up to be? Or is this just a highly successful rebrand of spinach? 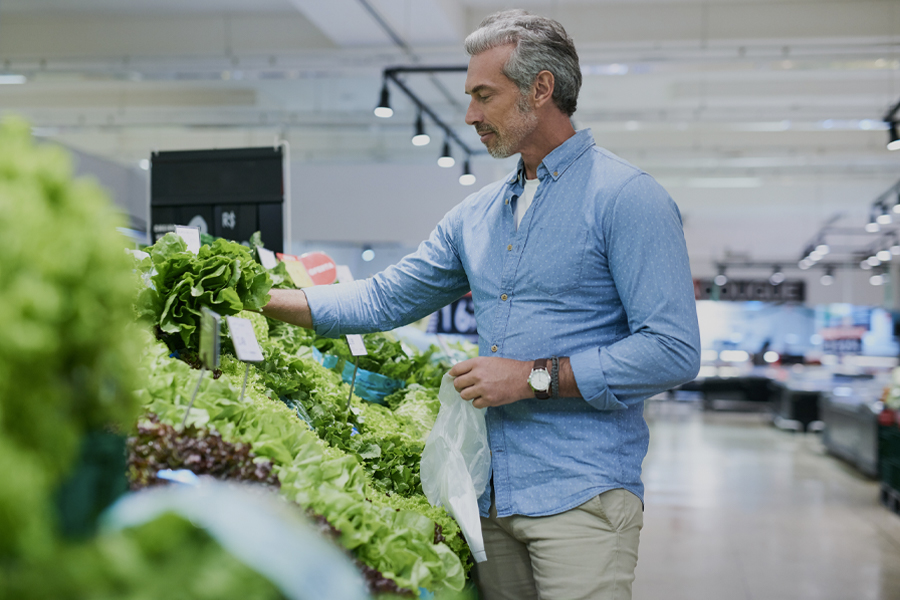 While fitness bloggers may tell you that kale is unlike any vegetable we’ve seen before, that simply isn’t the case. In fact, the leafy green belongs to a group of cabbage cultivars grown for their edible leaves, in kale’s case, the green and purple ones. Kale is usually an annual plant grown from seed with a wide range of germination temperatures. Thriving in wintertime, kale can survive in temperatures as low as –15° Celsius.

Originating in the eastern Mediterranean and Asia Minor, kale was a staple food from as early as 2000BCE. In Western culture, the kale vegetable first made its way into Canada via Russia in the 19th Century. USDA botanist David Fairchild is credited with introducing kale (and many other crops) to Americans, having brought it back from Croatia, although Fairchild himself disliked cabbages, including kale.

Here in Australia, the kale revolution only recently took hold. In the early 2000s, the vegetable started to gain popularity thanks to its significant protein build-up. Kale nutrition values have been widely documented over the past two decades and now, we see the leafy green in every shopping centre and street corner. 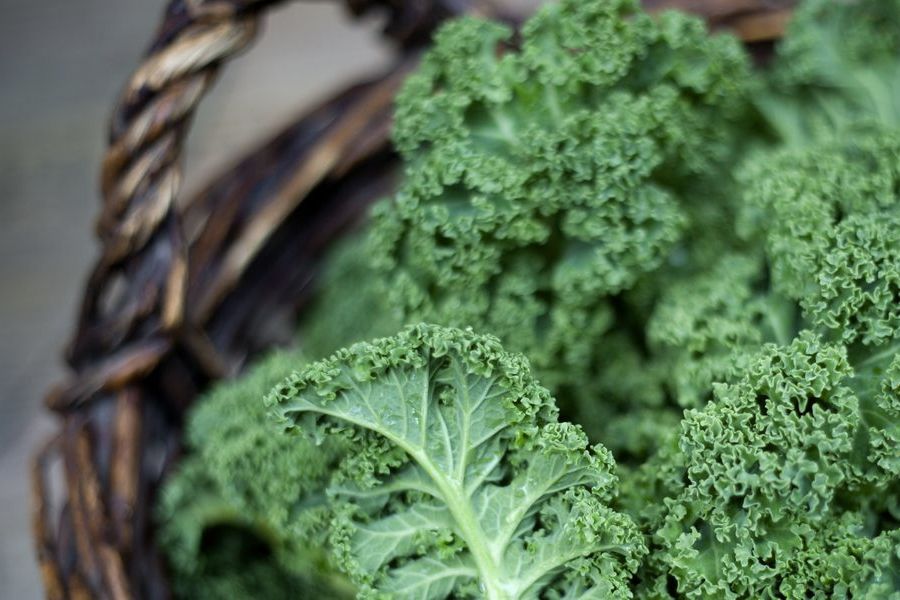 While there are many different types of kale, the most commonly found varieties are simple in nature. These include;

Like most leafy greens, kale is majority comprised of water. The vegetable’s macronutrient make-up is 84 per cent water, 9 per cent carbohydrates, 4 per cent protein and 1 per cent fat. Studies suggest that in a 100g serving, raw kale provides 207 kilojoules in energy, with the full nutrient breakdown below.

That being said, kale can also be steamed or fried. In this instance, the nutrients do change depending on the volume of water used, so it’s important to keep that in mind should you plan on tracking macronutrients. 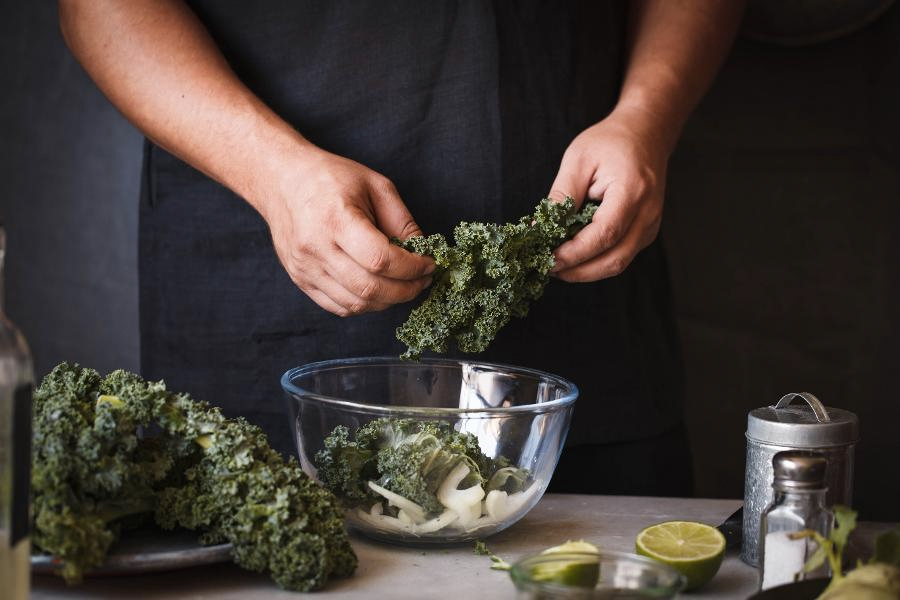 Like cabbage, broccoli, cauliflower and brussels sprouts, kale is a cruciferous vegetable. What is great about this is that kale is one of the most nutrient-dense foods on the planet, particularly for a leafy green. Despite having an incredibly low-calorie content, kale protein levels are high and the food is loaded with health-boosting nutrients. In a single cup of raw kale, you’ll receive;

Similar to other leafy greens, kale is very high in antioxidants. These include beta-carotene and vitamin C, along with a host of flavonoids and polyphenols. For human beings, antioxidants are highly effective in counteracting oxidative damage, which is believed to be among the leading drivers of ageing and disease.

Further to that, kale nutrition research suggests that the leafy vegetable also includes the flavonoids quercetin and kaempferol. These substances are believed to have powerful heart-protective, blood pressure-lowering, anti-inflammatory, anti-viral and anti-depressant effects.

We know cholesterol plays an important role in our bodily functions. For instance, it is used to make bile acids, which are created to help the body digest fats. This process begins in the liver, which turns cholesterol into bile acids, which are then released into the digestive system whenever you eat a fatty meal. When all the fat has been absorbed and the bile acids have completed their job, they are reabsorbed into the bloodstream and used again.

Recent studies have shown that kale contains bile acid sequestrants, which can lower cholesterol levels. The theory is that this might lead to a reduced risk of heart disease over time. A further study found that steaming kale dramatically increases the bile acid-binding effect. Steamed kale is actually 43 per cent as potent as cholestyramine, a cholesterol-lowering drug that functions in a similar way.

In general terms, cancer is a disease that is characterised by the uncontrolled growth of cells. The kale nutrition build-up shows the vegetable is loaded with compounds, such as sulforaphane that are believed to fight the formation of cancer at the molecular level. Further, the kale vegetable also contains indole-3-carbinol, which is believed to have similar effects.

Every fitness blogger loves kale for a reason. While the kale protein statistics have been widely documented, the other side of the equation is weight loss. As the vegetable is predominantly made up of water, there are few negative macronutrients that may disrupt your diet plan. Further, the low kale calorie content means that the vegetable will keep you fuller for longer and won’t impact your current situation.

Aside from being loaded with nutrients, the health benefits of kale also extend to minerals. Specifically, the vegetable is a good plant-based source of calcium, which is integral for bone health and basic cellular function. On top of that, kale nutrition information shows that the leafy green is also a quality source of magnesium, an incredibly important mineral may help protect you against type 2 diabetes and heart disease.

Another kale nutrient includes potassium, a mineral that helps maintain electrical gradients in the body’s cells. Adequate potassium intake has been linked to reduced blood pressure and a lower risk of heart disease.

While all antioxidants are worth a mention, vitamin C is among the very best. The water-soluble antioxidant serves many vital functions in the body’s cells, such as the synthesis of collagen. Kale is much higher in vitamin C than most other vegetables, containing about 4.5 times much as spinach, making it one of the best sources of vitamin C you can find. 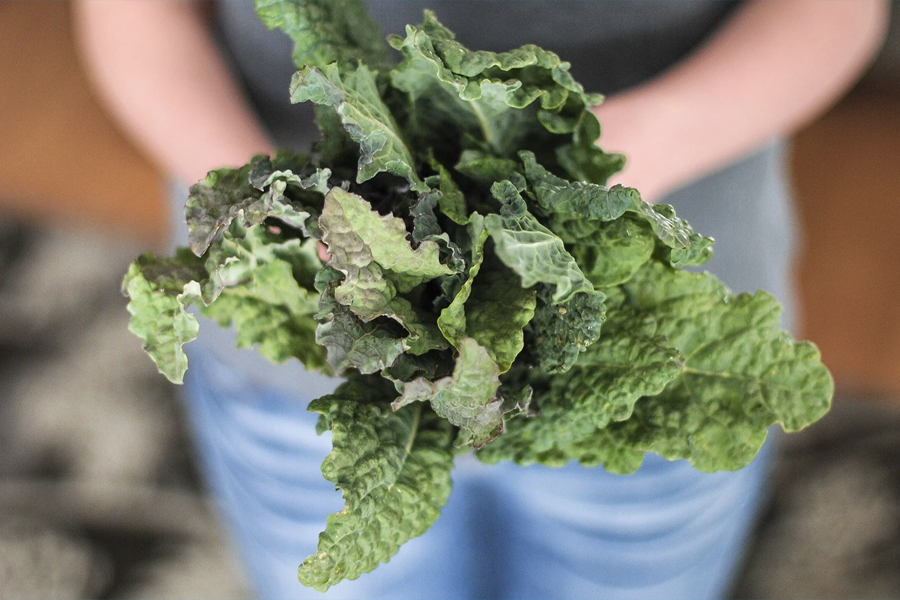 Best Ways to Include Kale in Your Diet

When it comes to adding kale to your diet, it’s remarkably easy to get the ball rolling. The most simple ways to introduce kale to your everyday diet involve crafting the vegetable into a snack or adding it to your favourite salad. Here are some easy ways to include kale in your diet.

What does Kale do for your body?

Is it better to eat kale raw or cooked?

While some studies have suggested the eating raw kale is not good for you, the reality is that you can eat it either way. The healthiest way to eat kale is to steam the vegetable rather than fry it, from a cholesterol perspective.

Is Kale a Superfood?

While the broad definition of a ‘Superfood’ is widely misused, kale is loaded with many antioxidants. This, in turn, has prompted some nutritionists to label the vegetable a superfood.