In a world of technological advances, evidently nothing is sacred. Using artificial intelligence, a group of researchers out of the MIT-IBM Watson AI Lab created an algorithm that lets the computer render portraits into oil, watercolor, and ink paintings that rival the classics. The group used some 45,000 classical works from artists like Rembrandt and Van Gogh to “train” the AI and then turned it loose on photos of celebrities, giving us an idea of what they would have looked like in the 15th century. 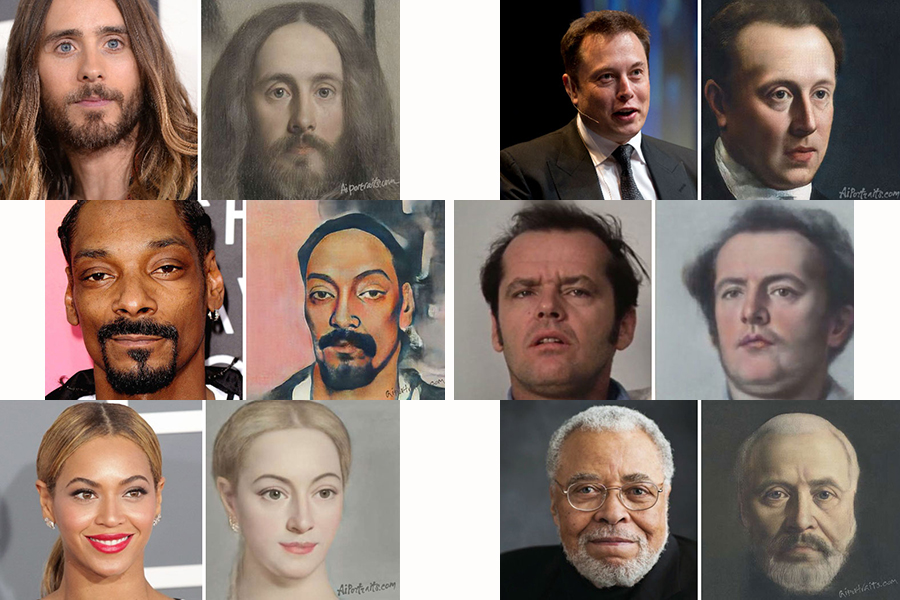 The work behind the AI is pretty amazing. The AI uses Generative Adversarial Network models that employ two neural networks. The first network, called the “generator”, has the role of looking at various examples and then mimicking them. The second, the “discriminator”, compares the examples and the new work. The two networks contest with each other to produce the new portrait. This process isn’t one of simply applying a filter to the photo. Instead, it actually generates new features and then selects which style of painting to use based on the subject in the photo. Some of the new portraits are quite different from their actual subject, with just a hint of something recognizable being there. “With AI Portraits Ars anyone is able to use GAN models to generate a new painting, where facial lines are completely redesigned,” explained the researchers. “The model decides for itself which style to use for the portrait. Details of the face and background contribute to direct the model toward a style. In style transfer, there is usually a strong alteration of colors, but the features of the photo remain unchanged. AI Portraits Ars creates new forms, beyond altering the style of an existing photo.” In other words, the AI takes artistic license with the subject. 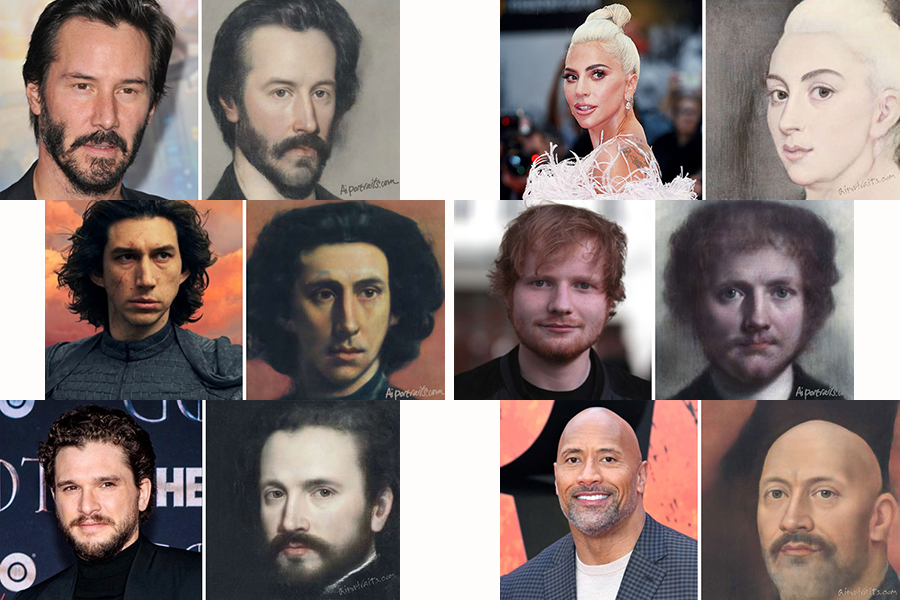 This is yet another example of technology sneaking into realms once thought completely human. Whether that’s good or bad, who’s to say. For now, you can enjoy portraits of some of your favorite celebrities. No doubt you’ll come to think that they aren’t half bad.