Say what you will about the NFT community, but you simply can’t ignore its tenacity. Since the digital artworks first burst into popular culture earlier this year, artists, fans and collectors have rushed to get involved, while those outside of the community struggle to make sense of just how NFTs serve to benefit the purchaser. The latest sale from NFT platform, Nifty Gateway is doing little to quash the confusion.

We're kicking off minting of mass tonight, anyone who purchased mass should see their NFT within the next few hours. We will also be putting a hold on moving mass out of your accounts momentarily to make the secondary market fair for everyone ⚫️ @muratpak pic.twitter.com/bkdXu4uFFU

As part of the platform’s two-day sales event, digital creator Pak unveiled Merge, an unusual NFT project that had the ability to expand over time. Remarkably, over 28,000 collectors bought into the release, spending a whopping USD$91,806,519 to purchase 266,434 total units of what Pak is calling ‘mass’. The sale technically made Pak the most expensive living artist in the world, but many are still trying to wrap their heads around exactly what Merge even is.

According to the official listing, NiftyGateway described the project as a bold new take on Pak’s digital art initiative Open Editons. “Pak, the creator of Open Editions, returns with a new mechanism,” the listing reads. “You may acquire as many mass units as you desire during the 48 hours sale. You’ll get a dynamic NFT with your accumulated mass.”

To explain that further, Pak’s Merge reportedly features a built-in scarcity mechanism that ensures token supply decreases over time. As a result, every Merge token transfer merges it with the token in the recipient wallet, adding up the mass value and producing a single coin.

When the sale kicked off on 2 December at 6:30pm ET, each edition or unit of mass cost $575, however, existing owners of Pak NFTs were granted an early access discount rate of $299. According to reports, every six hours the price went up by $25, and there was a bonus for those who bought in bulk. For every ten mass you bought, you copped one for free, and if you were to purchase 1,000, you would get 300 extra. So, what do you actually get for dropping serious coin on Pak’s NFT?

“Code as art. On a global scale,” the listing reads. “Pak is pushing boundaries and using the infinite canvas of the blockchain and internet to create global scale art that moves minds and bodies. Pak is something to experience and engage with and we couldn’t be more excited to partner with Pak once again and bring you Merge.”

Naturally, the NFT world is clambering over the result, eager to plug digital pieces as genuine artworks, however, Pak’s tenure at the top is contentious. It all comes down to how you define an artwork. While Jeff Koon’s 1986 sculpture Rabbit currently holds the record for the most expensive piece ever at USD$91 million, Merge‘s USD$91.8 million result would put it in first place. But Koons sold just one piece, whereas Pak sold 266,445 units, so you could argue it’s more of a collection than an artwork.

If you want to run by that logic, Pak falls a cool USD$100.9 million short of Damien Hirst’s 2008 Sotheby’s sale Beautiful Inside My Head Forever. Whatever the case, $91.8 million is nothing to disregard. If anything, the Pak Merge sale simply proves the unheralded power that NFT communities wield.

You’ll also like:
Penfolds Launches $180,000 NFT and Rare Wine Project
CryptoPunk #7523 NFT Sells at Sotheby’s for $15M
What is an NFT? A Guide to Non-Fungible Tokens 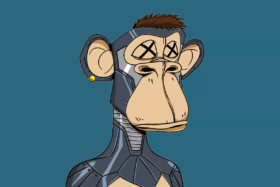 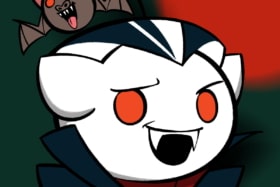 Art
What is an NFT? A Guide to Non-Fungible Tokens
load more articles