First things first, rest in peace, Queen Lizzie. For real. She were the only monarch we Aussies really knew and although the RBA is ‘consulting’ with the government to replace her portrait on the Australian $5 note, Australians aren’t exactly sure who they want on their money, according to a recent survey by Resolve Strategic for the Sydney Morning Herald on who should replace Queen Elizabeth II.

Of the 1604 people surveyed, 34 per cent wanted King Charles II, 43 per cent wanted somebody else, such as a famous Australian, and 23 per cent remained undecided. With no clear consensus amongst the people, we thought we’d take the opportunity to canvas a few replacement candidates for the lowest denomination of Australian banknotes and our favourite pink (or mauve, if you want to be particular) bill.

Born in 1926 and coronated in 1952, Queen Elizabeth II oversaw Australia shuffling through 16 prime ministers and 15 British prime ministers and met 13 of the last 14 US Presidents during her nearly 71-year-long reign. Even though she never needed to write a centenary letter to herself, 96 years is still one hell of an innings. A milestone that deserves an equally remarkable replacement.  Having graced Australian currency since 1953, it remains unclear who will replace Queen Lizzie. The Reserve Bank of Australia (RBA) says consultations are underway on replacements, with Governor Phillip Lowe stating the central bank is “considering” the design of the new note.

“Indeed, the monarch has been on at least one of Australia’s banknotes since 1923 and was on all our notes until 1953. “Given this tradition and the national significance of the issue, the Bank is consulting with the Australian Government regarding whether or not the new $5 banknote should include a portrait of King Charles III,” he said. “We will make a decision after this consultation with the government is complete.”

Considering the “national interest” and without getting into the argument of whether Australia should ditch the constitutional monarchy to become a republic, or remain in the Commonwealth, here are our picks for who should be on the $5 note. 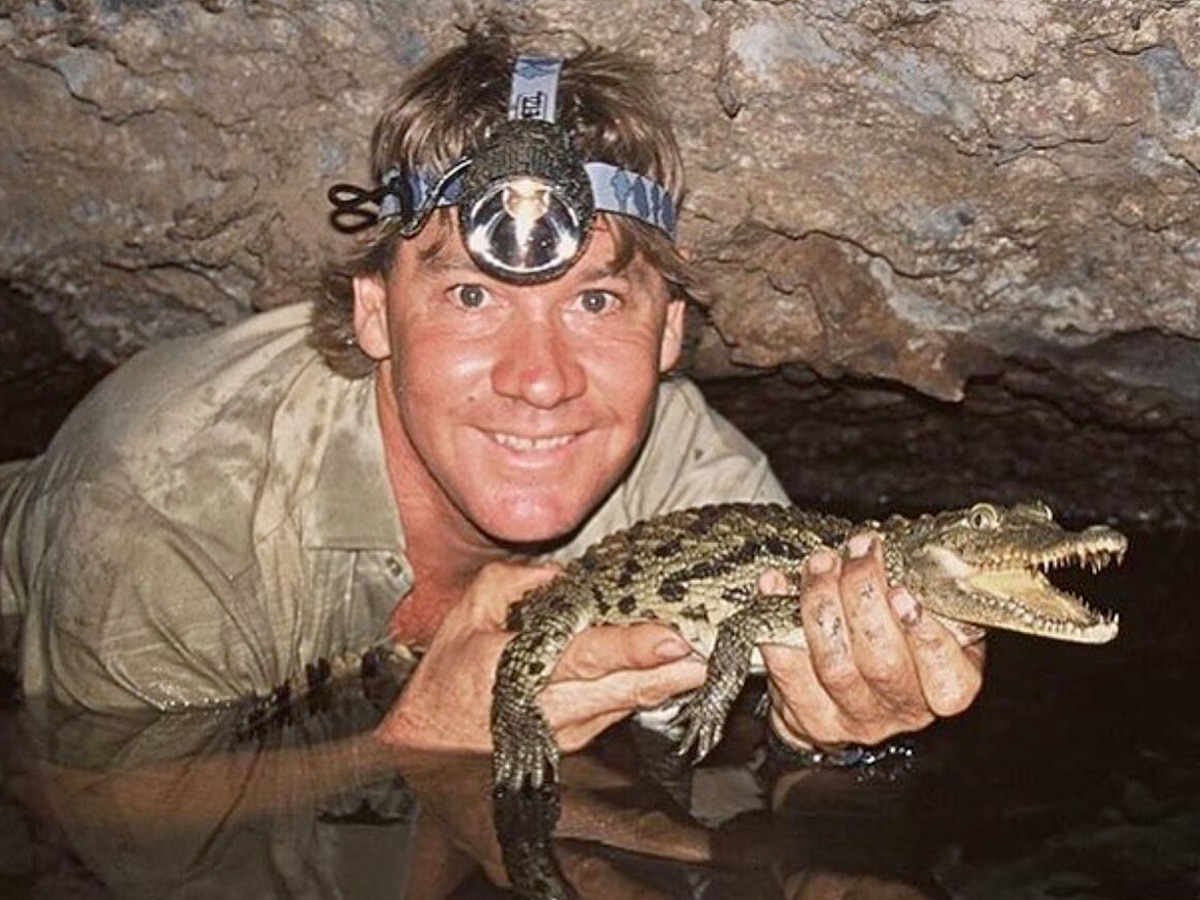 Crickey! Did you think we’d have a list of famous Australians without putting the Crocodile Hunter at the top of the pack?! With a reputation that precedes him worldwide, if anyone deserves to be featured on our money, it’s the late, great Steve Irwin.

Just look at his resume: Australian zookeeper, conservationist, television personality, wildlife expert, environmentalist – he’s essentially a modern-day Noah who did everything he could to promote conservationism and a love for the natural world. His public memorial service, held at Australia Zoo, garnered over 300 million viewers worldwide, demonstrating just how beloved Steve truly was. 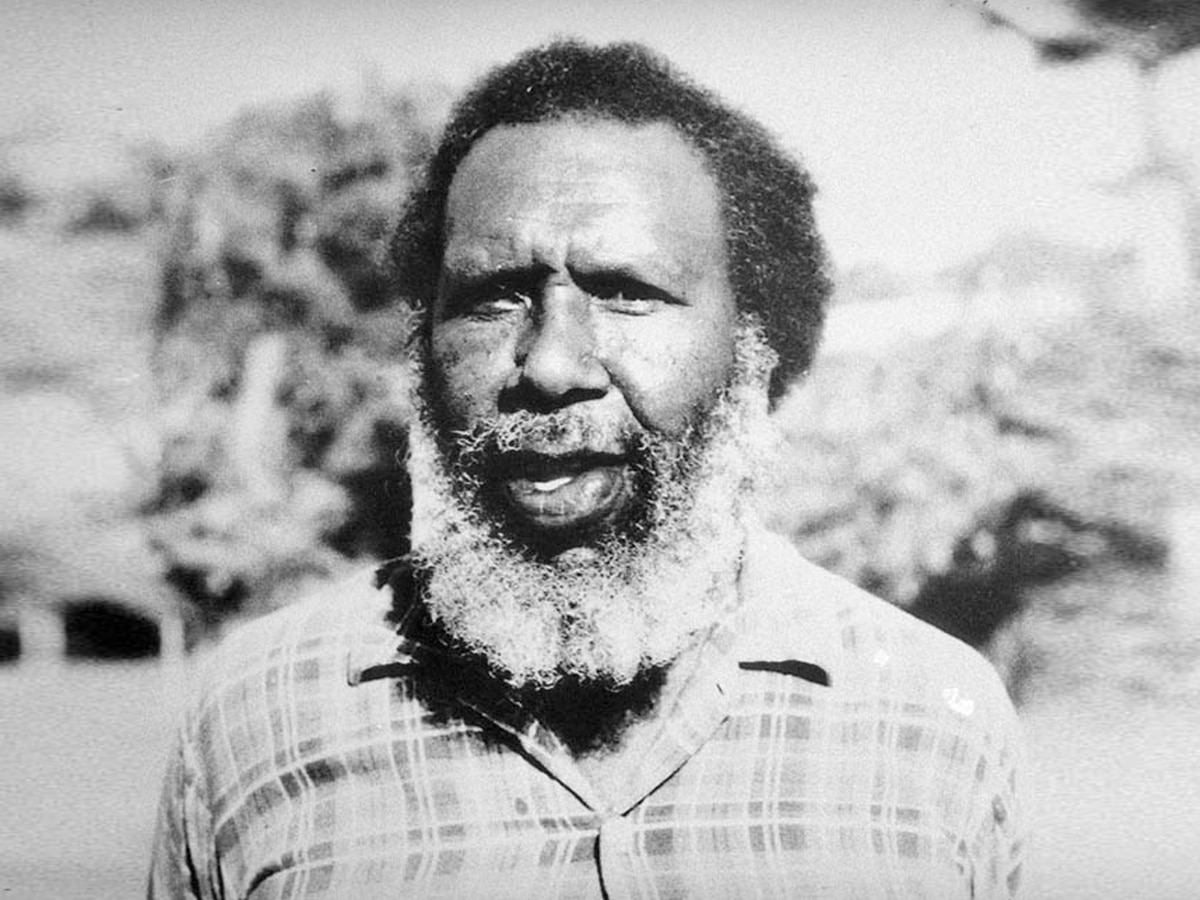 Putting a first-nations hero on the five-dollar bill is an opportunity too good to miss, according to NITV. Amongst the incredible indigenous Australians throughout history – Cathy Freeman, Uncle Archie Roach, Jack Charles, Faith Bandler – Eddie Mabo has the historical pedigree to match Lizzie. Involved in the 1967 Referendum for Aboriginal representation in the Census, his lifetime of campaigning would bring him to his ultimate achievement – the Mabo Decision.

Though he would pass away before the decision was handed down by the High Court of Australia on 3 June 1992, without Eddie’s determination, ‘terra nullius’ (land belonging to no one) might still be in place today. One year later, the Native Title Act 1993 was passed to create a system for Aboriginal and Torres Strait Islander peoples to make a native title claim over their lands, and the rest, they say, is history. 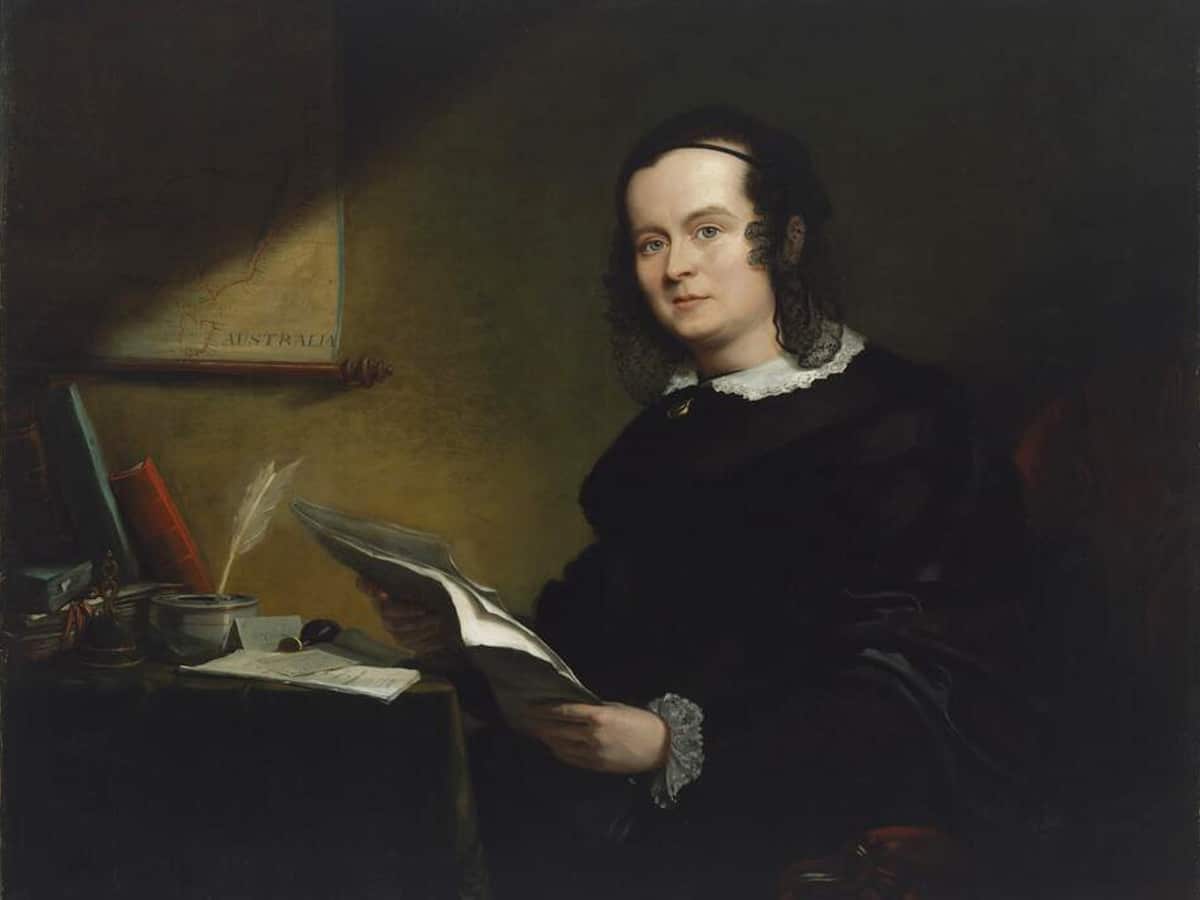 You probably first heard the name Caroline Chisholm if you ever took part in a Night of the Notables during primary school. Known for assisting immigrant women and families from the 1840s, there was even a 2007 campaign to canonise Chisholm as a Catholic saint for her incredible deeds. Fun Fact: Queen Lizzie used to be on the Australian $1 note and was the only woman featured on Australian currency until the ‘immigrants’ friend,’ Caroline Chisholm, was chosen for the $5 note in 1967.

Unfortunately, once the $1 coin was minted to replace the paper banknote, Lizzie took over the $5 mantel in 1992, replacing Chisholm. With the cost of living becoming increasingly challenging, returning Caroline Chisholm to the $5 note could be a reminder that help is always available to those in need. Plus, who doesn’t love a comeback? 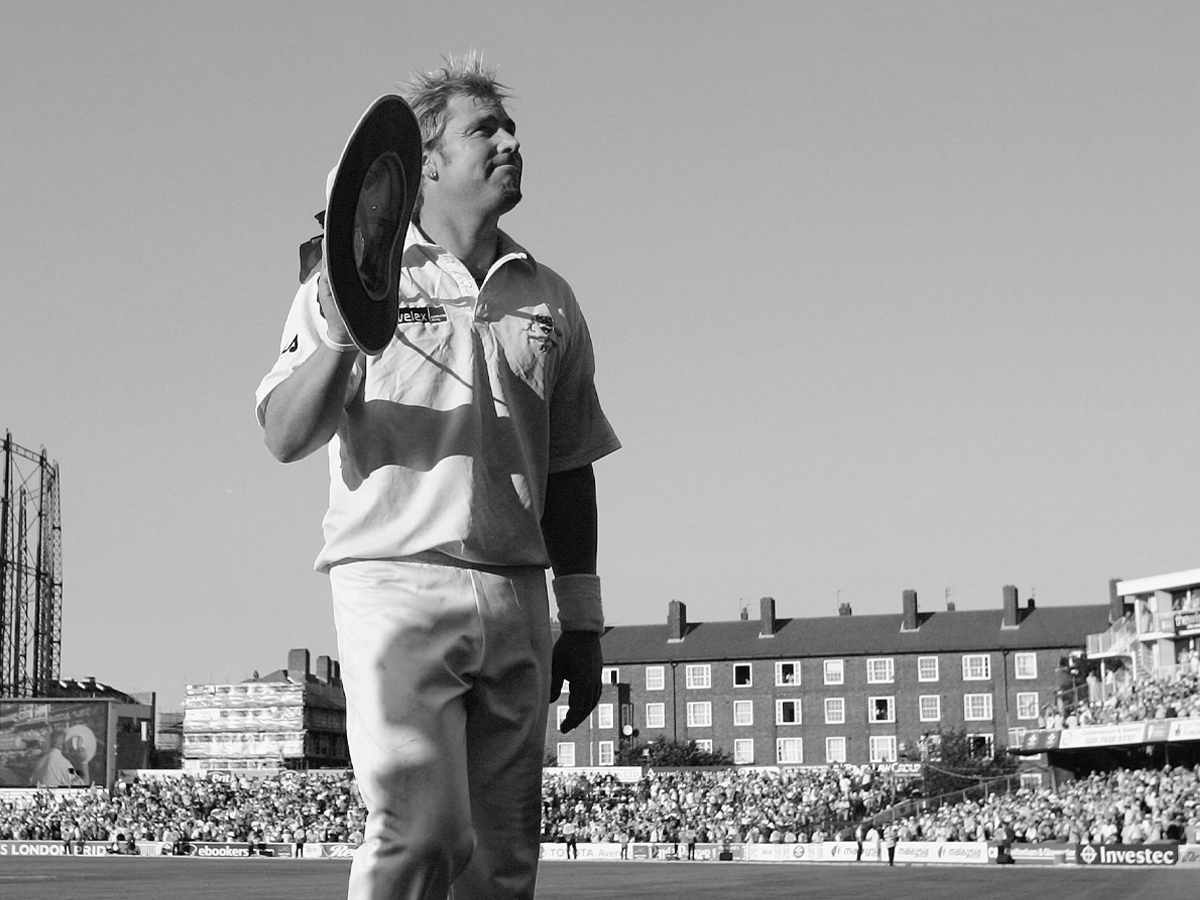 When the true king left the building, the team at Man of Many was guttered. Unlike Elvis, who worked his razzle, dazzle on the Las Vegas Strip, Warnie had us in a spin on the hallowed turf of the MCG. But as Heath Davis wrote in March of this year, “it wasn’t just about Warnie’s freakish spin-bowling ability,” though 708 wickets from 145 Test appearances is still an incredible achievement. Shane Warne had several off-field triumphs as an all-round “good bloke.”

Posthumously appointed as an Office of the Order of Australia and honoured at a state memorial service inside the MCG, watched by more than 1.5 million Aussies, Warnie captured the hearts and minds of sports fans everywhere. The epitome of the Aussie larrikin and a portrait we’d love to see adorned across our nation’s fiver. 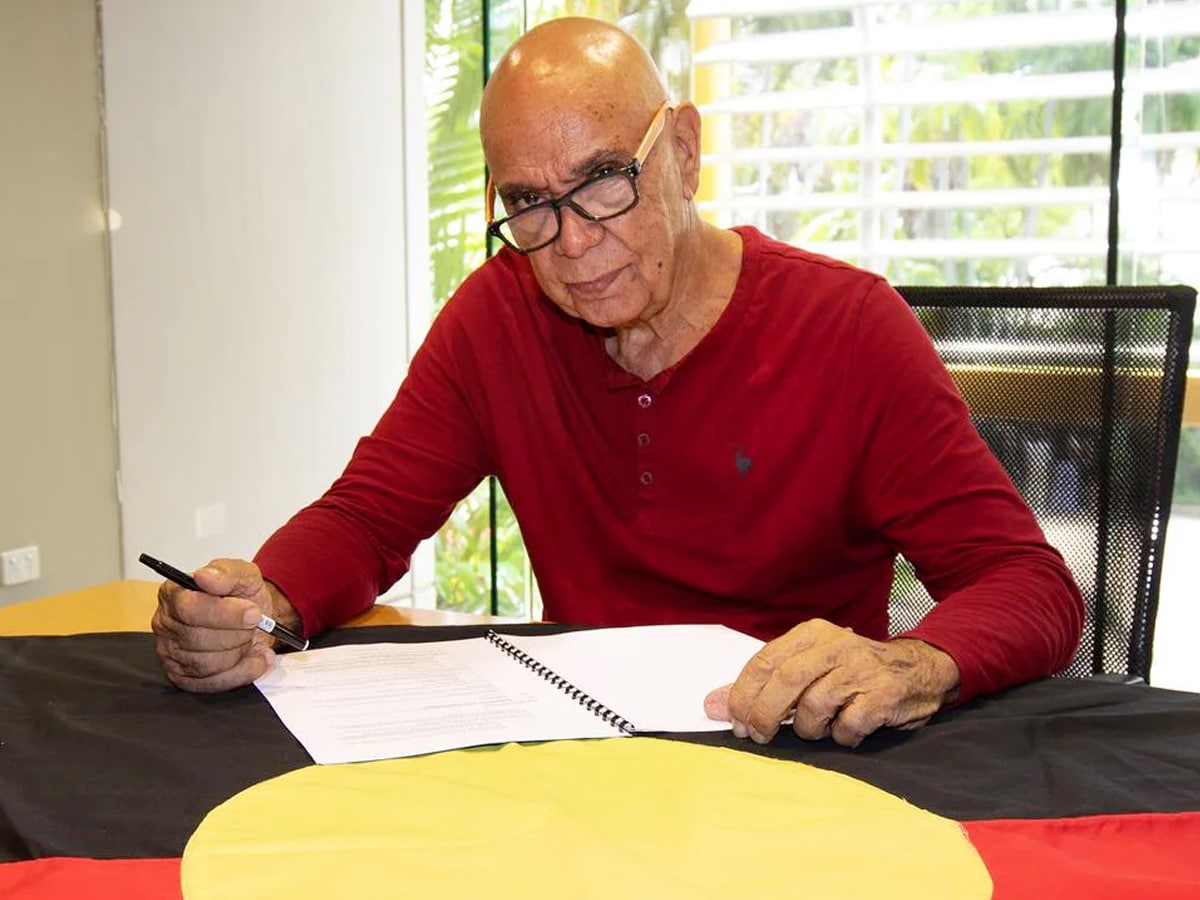 Now that the Aboriginal flag is flying permanently atop the Sydney Harbour Bridge, what better time to immortalise the flag’s designer than featuring them on the $5 note? Aboriginal Australian artist Harold Thomas first designed the flag for the NADOC (now NAIDOC) march in 1970, quickly becoming a symbol for Indigenous rights, the Aboriginal land rights movement and the Aboriginal Teny Embassy in Canberra.

Although the red, yellow and black design was first accepted as an official “Flag of Australia” in 1995, it was only recently approved for free use by all Australians after its copyright was transferred to the Commonwealth in 2021.

“When I created the flag, I created it as a symbol of unity and pride,” wrote Harold in the Sydney Morning Herald. “That pride we have for our identity that harks back to the birthing of our dreaming, to the present existence and beyond. And we humble ourselves and give homage to all that has been created and left for us.” 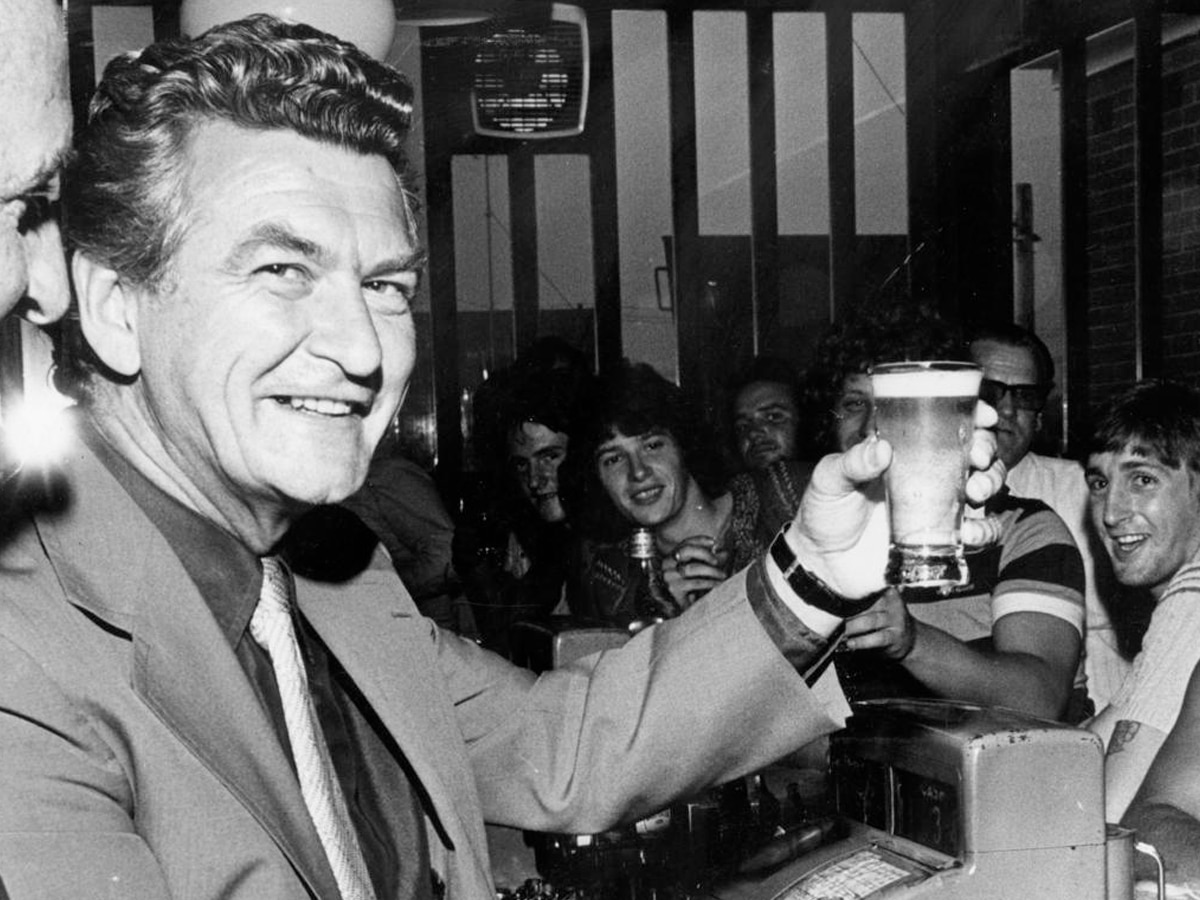 While $5 probably won’t get you a schooner, we reckon Bob “one for the country” Hawke is an ideal choice for the $5 note. Hawke set a world record for downing a yard of ale in 11 seconds, alongside several political achievements – Medicare, Superannuation and a ban on Antarctic mining – that put him up there with the best of them. No wonder he had the highest approval rating of any Aussie PM, reaching 75% in 1984. 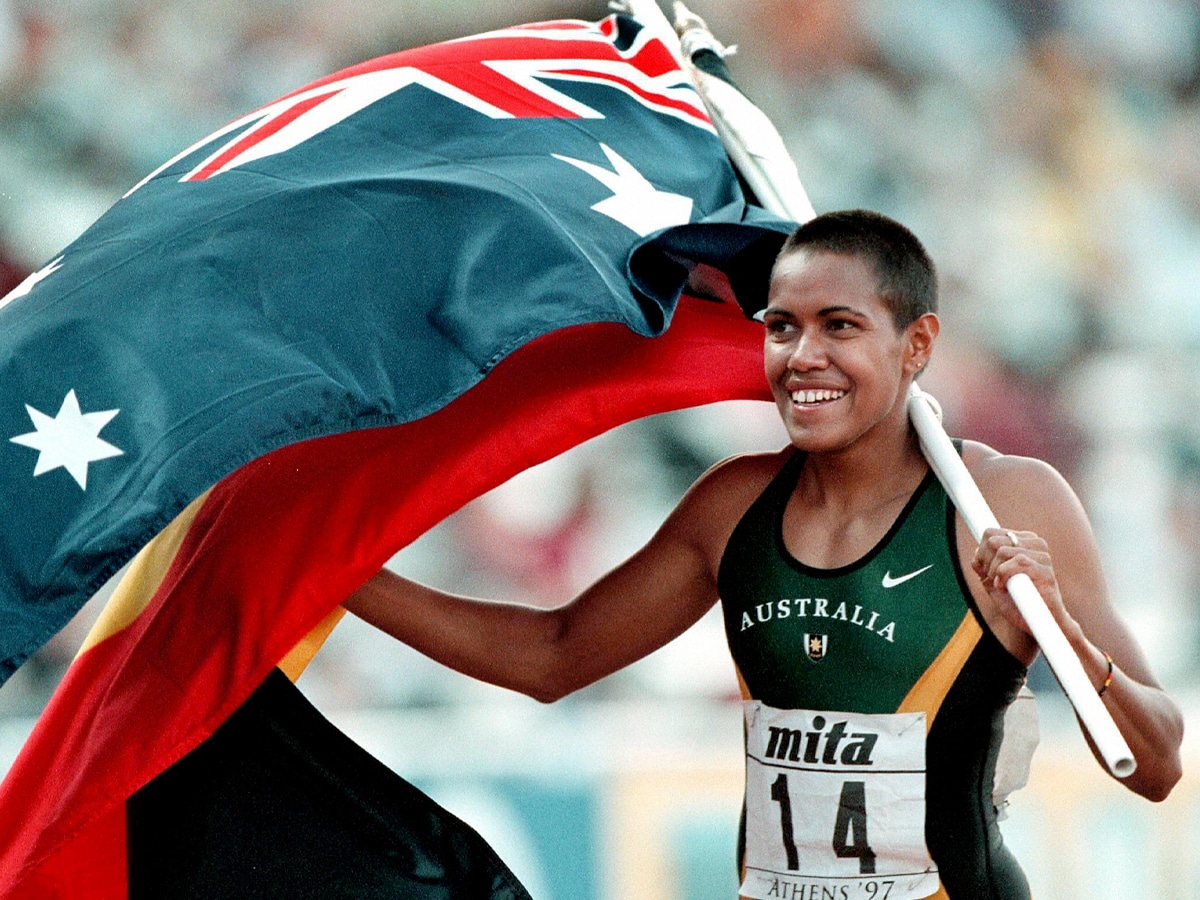 Not only did Cathy Freeman win gold in the 400m at the 2000 Summer Olympics in Sydney, Australia, becoming only the second Australian Aboriginal Olympic champion, but she also received the honour of lighting the Olympic torch at the opening ceremony. So how bout another accolade to add to her incredible list of achievements?

And if you need help picturing some of these Aussie icons on the $5 note, this helpful Twitter user has put her photoshop skills to work with these mockup designs.

I’ve drafted some mock-ups for your approval pic.twitter.com/rMB0eIUKcY