Live sports is one of the last bastions of quality TV advertising. And the Super Bowl is the pinnacle of this bygone craft, with brands throwing around ridiculous sums of money to capture the attention of the masses and spruik their goodies. Renowned for combining Hollywood heavyweights and incredible imagination, these commercials-on-steroids have become a cultural phenomenon, making the championship game must-watch TV, even for non-sport fans. Last year, Wayne’s World duo Mike Myers and Dana Carvey reunited to promote Uber Eats, while sex symbol Michael B. Jordan starred in a hilarious clip for Amazon Alexa. Who will have us laughing around the office coffee machine this year? Let’s find out.

According to the NFL, viewership for the regular season increased 10% from 2020. This data will have top executives licking their chops, anticipating a record-high in advertising prices. NBC is charging as much as USD$7 million for a 30-second spot, according to Fox Business. By comparison, the average 30-second commercial during primetime television averages roughly USD$100,000. Last year, prices rose to USD$6 million per 30-second commercial, and with ads forecast to hit USD$7 million, 2022 will represent the largest year-to-year jump in recent history, per Sports Illustrated. Before the game even began, however, Los Angeles was already a winner.

With more sporting codes and stadiums than any other city in the US, Los Angeles is a sports-lover’s paradise. No matter what time of year you visit, you can catch a game with one of the city’s iconic national sports teams, including the Dodgers, Lakers, Clippers, Kings, Galaxy and the Los Angeles Football Club all calling the city home, but this may the biggest ever.  With the global event taking place in Inglewood’s SoFi Stadium, a Los Angeles team taking to the field and some of the most iconic West Coast rappers of all time hitting the stage for the halftime show, Super Bowl LVI takes things to a whole new level. Naturally, advertising comes with the territory.

Capitalising on the build-up, some of the most anticipated 2022 Super Bowl ads have already been released. As you’d expect, the world’s most famous athletes and celebrities have signed on to various advertisement projects, collecting more money in 30 seconds of work than most will in a lifetime. However, they are pretty funny, so sit back and enjoy the clips in all their American capitalistic glory.

Why make billions, when we could make…millions? For its 2022 super bowl ad, General Motors called on Austin Powers legend Mike Myers who reprised his iconic role of Dr. Evil, emphasis on the EV. Joining the comedy champ were fellow Austin Power slum, Seth Green, Rob Lowe, and Mindy Sterling, who took to the small screen to promote General Motors’ line of electric vehicles. Groovy baby.

Caesars Sportsbook makes their TV advertising debut at Super Bowl LVI and has brought in the big guns to kick things off. JB Smoove and Halle Berry star alongside America’s favourite football family, The Mannings, in what looks to be the first instalment of the new “Caesar and Cleo” campaign.

This one’s a real mouthful. Luckily, Squarespace employed the help of Andre 3000 as its narrator, who is no stranger to spitting tongue-twisting bars. Add in goddess Zendaya and you’ve got yourself a winner of a clip.

Where every other brand is turning to celebrities to endorse their new products, Doritos went in a different direction for its 2022 Super Bowl commercial. Tapping a sloth for the lead role, the clip shows the hairy creature smashing Doritos and signing “Push It” by Salt-N-Pepa, of course. Not sure what this one means, but it’s great.

Who would have thought the dad from American Pie could be so badass. Eugene Levy, the man who made Schitts Creek famous and brought bushy eyebrows back into vogue, stars in this bizarre Super Bowl commercial from Nissan. Donning a surprisingly well-suited wig and some stellar threads, Levy and co-stars Brie Larson, Danai Guirira and Dave Bautista take on the world in true Fast and Furious family style.

It’s been years since we last saw Seth Rogen and Paul Rudd together sharing a bit of guy love, but thankfully, for Super Bowl 2022, Lay’s has reunited them. In this commercial, the comedy pair try their hand at Shania Twain, get kidnapped by a stalker and accidental start a gang war. Of course, they’ve been eating chips the whole way through.

Ted Lasso star Hannah Waddingham makes her TV advertising debut as a cunning high roller, playing against a Rakuten shopper for several products. Right in her hitting zone, the role involves plenty of sass and a devious laugh resulting in vintage Waddingham performance.

Zero In The Way Of Possibility Bud Light NEXT

This latest campaign from Bud Light pays tribute to all the consumers breaking barriers and refusing to be boxed in. The commercial also makes reference t the brand’s entry into the NFT space, featuring a Nouns DAO partnership.

McDonald’s went ultra-relatable for its 2022 Super Bowl commercial. Channelling the impending sense of anxiety when you get to the drive-through window, this star-studded clip proves that no matter who you are, making the decision of what to get is no easy task, even if you’re Kanye West.

Voice Of The Mountains Busch Light

Nothing like a beautiful mountain range and a giant Kenny G to get you in the mood for a cold one. However, if you ever witness mountains singing to you, it’s probably time to put the cans down. The superimposed master blower sitting high above the mountains is precisely the kind of image we picture every time we reach for a can of Busch Light.

Jim Carrey’s 1996 film The Cable Guy never really got the recognition it deserved. While on the outside, it appeared as a cheesy slapstick comedy about a lonely cable man with a lisp, beneath the surface lay a dark tale of voyeurism and control. Ironically, one of the companies responsible for storing our cookies and shielding our depraved internet histories from the world has brought the Cable Guy back for a second spin. Verizon tapped Jim Carrey to promote its 5G Home and 5G Business packages, it true, over-the-top Carrey style. Glorious.

Scarlett Johannson and Colin Jost make the case for why it’s best the Amazon Alexa can’t read your minds. To be honest, we just assumed they already could. Playing off Johansson’s charming A.I. in Her, the real-life couple not only addresses the growing concerns over smart devices listening in on conversations, but it also focuses on one big issue – That the system can’t remind you to fake your own death. Shattered.

Chevrolet is going in a whole new direction, unveiling a new all-electric Silverado and it’s brought a few familiar faces along for the ride. In this take on the iconic opening to The Sopranos, which includes the classic opening theme music “Woke Up This Morning” by Alabama 3 as well as appearances by actors Jamie-Lynn Sigler (Meadow Soprano) and Robert Iler (A.J. Soprano), we learn a little more about the new pick-up. Best of all, it was directed by Sopranos showrunner David Chase. How many 2022 Super Bowl commercials can say that?

One of the slicked productions to make its debut at Super Bowl 2022, Michelob Ultra taps Peyton Manning, Jimmy Butler and host of sporting stars in a Big Lebowski-esque trip to the bowling alley. just watch out for Serena Willaims’ slow-mo entrance. Glorious.

Aside from Kanye West, there seem to be a lot of people lining up to hit Pete Davidson, and he’s fully aware of it. In this hilarious clip, former New England Patriots linebacker and current Pats assistant coach Jerod Mayo does his best Terry Tate impersonation, tackling those most in-need of a beating. The anti-food waste ad does not discriminate either, taking down men, women, senior citizens, and even Pete Davidson, who admits he’s “very hittable.”

Guy Fieri and Bud Light Seltzer take you to Flavourtown in arguably the strangest Super Bowl commercial of 2022. Imagining an entire world based on the celebrity chef’s impeccable aesthetic, right down to the glasses and frosted tips, the clip is an ode to doing things your own way. Boom!

We’ve been calling for a Lindsay lohan comeback for a few years now, and finally, it seems, she’s listening. In this Super Bowl ad for Planet Fitness, the Herbie Fully Loaded star takes down Dennis Rodman in Jeopardy!, bedazzles Danny “Machete” Trejo’s ankle monitor and kicks the living shit out of William Shatner in the gym. She even goes so far as to address her former party-girl ways. Never change Lindsay.

No Super Bowl is complete without an appearance from the Manning brothers, so naturally, Pepsi Co turned to the NFL legends. Teaming up with other NFL greats Jerome Bettis, Victor Cruz, and Terry Bradshaw, Eli and Peyton smash out a rendition of Olivia Rodrigo’s ‘good 4 u’, and we’re not really sure why.

Why are Super Bowl ads so expensive?

It's no secret that Super Bowl commercials are expensive, but the advertising opportunity is actually growing in value. The broadcast that is still watched by roughly 100 million viewers, even as ratings for some other big sporting events are falling, meaning a Super Bowl ad will generate greater exposure than almost every other live event.

This year, Super Bowl commercials are priced at around for USD$7 million for a 30-second spot. That's a significant jumpfrom previous years, which signals a favourable result for network NBC. 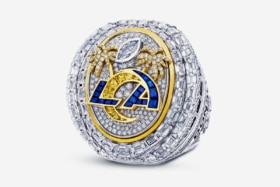 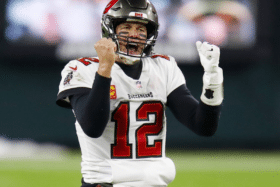 Sport
You Can Now Get Paid $2,022 to Watch the Super Bowl 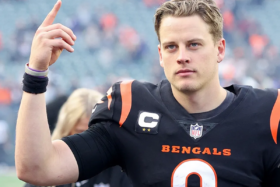