If you live outside the US, the Super Bowl is like a delicious pop-culture sandwich. A host of god-tier musical performances sandwiched between the arguably biggest and most irrelevant sporting event on the planet. But for all its glitz and glamour, the annual event is perhaps best known for one thing; the ads. Every year, millions of viewers from around the globe tune in to check out the cavalcade of funny Super Bowl commericals, in stark contrast to how television is normally consumed. Whether it’s comedy classics like ‘Wazzzaaa’ or maybe just Cindy Crawford holding a can Pepsi, the best Super Bowl ads are memorable, insightful and most importantly, expensive as f*ck. 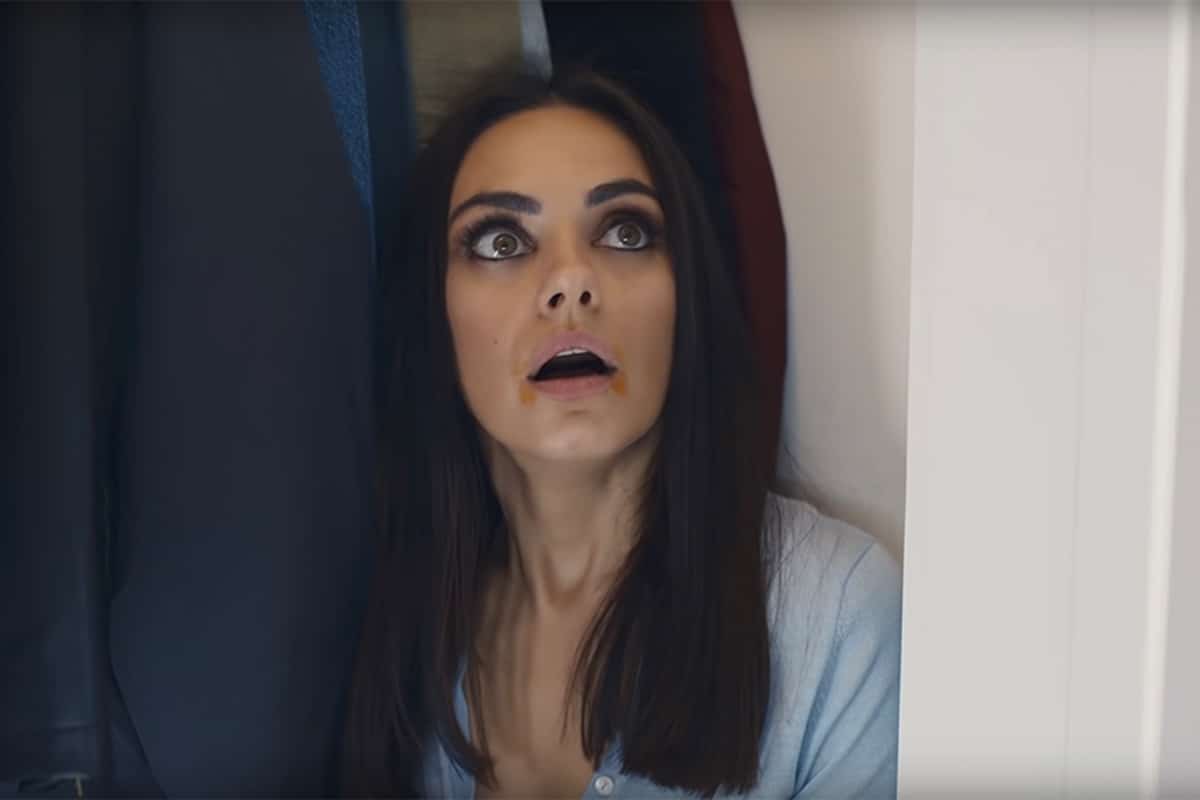 According to reports, a 30-second spot during the CBS broadcast of Super Bowl LV will cost brands around USD$5.5 million, so it pays to get it right. And you know if you do. Since 1989, USA Today has used an AdMeter, a poll that allows viewers to share their opinions on commercials almost immediately after they air, helping give an audience-led representation of the best Super Bowl commercials for 2021.

Even before the game has kicked off, some of the biggest and best 2021 Super Bowl ads have already been unveiled and it’s a mix of celebrity cameos, superstar appearances and good old-fashioned fun. Sit back and enjoy, here is a list of the best Super Bowl commericals for 2021.

This year, the Super Bowl went all the way back to 1992. Still broadcasting from Wayne’s mom’s basement in Aurora, Illinois, Mike Myers and Dana Carvey reunited in this promotion for Uber Eats. Hilariously refusing to mention the name of the event ‘for legal reasons’, this promo is the healthy dose of nostalgia we look for in the best Super Bowl ads.

Those lousy Norsemen we topped the Americans again. in this clip from GM, we see funnyman Will Ferrell take to the streets in an effort to help the country crush Norway in the electric-vehicle stakes. Also making an appearance in this funny 2021 Super Bowl ad is SNL’s Kenan Thompson and fan-favourite Awkwafina.

This one is actually our favourite. In this hilarious clip promoting the Amazon Alexa, we picture what the ideal vessel for the popular home assistant would be, and surprise, surprise, it’s big, sex, Michael B. Jordan. While the Hollywood superstar is great, the husband in this clip definitely steals the show.

We can still remember when Shaggy’s iconic Hot Shots album was first released. The opening to ‘It Wasn’t Me’, was both memorable and confronting, which is exactly what Cheetos has gone with for it’s 2021 Super Bowl ad. Bringing Ashton Kutcher, Mila Kunis and of course, Mr Bombastic himself along for the ride, this one is worth a watch.

One of the stranger celebrity cameos this year, Tide plastered Jason Alexander’s face on a hoodie and had it thrown through all sorts of horrible situations. The former Seinfeld star might not have had a talking role in this 2021 Super Bowl commercial, but he still manages to make us laugh.

Oscar-winning actor Matthew McConaughey plays a horrify 2-dimensional version of himself in this great ad for Doritos 3-D chips. With cameos from Jimmy Kimmel and Mindy Kaling,  this one would have cost a fortune, but there’s no substitute for everyone’s favourite Texan.

Like a scene from Marvel’s Avengers, Bud Light’s new Super Bowl commercial is as heroic as it is uplifting. In this short clip, we see a team of all-stars band together, bringing with them their own specific powers to help restore order to the beer world. Also, Post Malone because why not?

8. The Boss and His Jeep

It’s been a long-time coming, but Brice Springsteen has finally appeared in a commercial. The Boss lent his status as the voice of America to Jeep for an ambitious new campaign that was less about the car and more about the current state of the country. ‘The Middle’ focuses on a small church in Lebanon, Kansas, with the rock icon urging Americans everywhere to come together in harmony. While these concepts usually come off as a little preachy, Springsteen’s sincerity makes for a touching tribute, but then again, that’s what he’s known for.

Released just hours before the big game, Cadillac’s parody of the Tim Burton classic is as star-studded as it is hilarious. In this clip, Dune star Timothée Chalamet plays Edgar Scissorhands, son of the great hair-stylist. Dreaming of driving his own car, Edgar and his mother Kim Boggs, played again by Winona Ryder settle into a high-tech SUV.

Everybody loves a doppelganger and for this 2021 Super Bowl ad, Michelob ULTRA has gone hard. In a promotion for its Organic Seltzer,

The horse has bolted. Like all fine ales before it, Sam Adams has unveiled an ad that opens with a herd of Clydesdales pulling a carriage in the most regal fashion. The symbolic freeing of the reins sees them off and racing, but this one ends a little differently than you might expect.

Ok, so this one isn’t quite official, but that doesn’t mean it isn’t badass. Dogecoin, the parody crypto-currency that is now reportedly worth over USD$6 billion has copped its own Super Bowl commercial, courtesy of some fans on Twitter. The well-made clip even features Elon Musk’s voice.

Workout faces. Everyone’s got one and they’re all ugly. In this promotion for the yoghurt, Okios Pro highlights the somewhat unflattering facials we tend to make when we are exerting energy. Look out for star athletes and a few family favourites.

Comedian Brad Garrett nails this role as the shady sandwich boss mafia don who lives the high-life. When Jimmy John’s starts muscling in on his turf, the King of Cold Cuts has to step in. Definitely one of the more memorable Super Bowl ads of 2021.

It’s pretty fair to say 2020 sucked ass, and that’s exactly what Bud Light is going for in its second Super Bowl ad for 2021. This clip is all about learning from the past and being thankful for the future, after all, when life gives you lemons, just say ‘f*ck the lemons’ and bail.

16. ‘Twas the Night Before Super Bowl

Marshawn Lynch might be the most entertaining person on the planet and in this clip, he’s in fine form. In a promotion for Frito-Lays, Lynch along with a host of NFL legends take the old Christmas festivities to strange new lengths.

When you stuff something up, you have to say sorry. It’s awkward, uncomfortable and usually better said with food. In this clip we see everyday people apologising with M&Ms, including Schitt’s Creek creator Dan Levy, who doesn’t seem that sorry.

Too distracted to care. That’s how we’d describe the people who really should be looking after our intergalactic heroes. But when there is multi-flavoured Pringles around, can you blame them?

Going against the general theme of funny Super Bowl ads, Michelob ULTRA dropped Happy, a clip that implores us to find joy in the journey. Featuring some of the biggest sporting stars in the world, this clip is an ode to determination, success and the pursuit of excellence.

There’s nothing worse than heading to a car dealership and being hassled by the salesman. In this 2021 Super Bowl ad, Vroom.com paints an emphatic picture of the high-pressure situation. Like something out of a horror movie, this one is worth watching for the production quality alone.

It’s been a shit year, no doubt, but it’s time to start getting back on track. In this inspiring clip, Ford highlights the ongoing fight against COVID-19, noting that “soon we will be what we were — touching, loving, living”. It’s all about donating PPE to underserved communities and designing new products to protect people from the virus

Of all the inspiring ads to hit Super Bowl screens this year, Toyota’s spot with Paralympian Jessica Long was by far the best. In a well-staged performance, we learn a little more about the incredible life of the 13-time gold medal winner. It’s a heart-warming and tear-jerking journey from start to finish.

He’s finally worked out what to do with that hair. John Cena is back with a Mountain Dew Melon competition that is fruity and fabulous as the outfit he wears and the car he drives. We’re talking pink and green winnings if you’re accurate enough.

Sure, it’s not the funniest Super Bowl ad ever, but we love Dolly so this one instantly makes the list. For Squarespace’s 2021 promotion, the brand called out those of us who aren’t afraid to work outside of trading hours on their business dreams. Working ‘5 to 9’ is a pretty solid euphemism for entrepreneurship, so for that, we salute the website creator.

It’s got former felon Martha Stewart, the best character from The Office and John Travolta performing TikTok dances, what’s not to love? In the latest effort from Scotts and Miracle-Gro, we see some big names doing what made them famous int he first place.

Lenny Kravitz reminding us all that we’re billionaires is an odd premise to kick off 2021, but for Super Bowl 2021, that’s exactly what Stella Artois has done. In a short film that features the Grammy Award-winning rock star, Stella urges people to march to the beat of their own drum.

Oh boy, this will not age well. A commercial that was originally booked in December, this spot from trading platform Robinhood may be the most controversial Super Bowl ad ever aired. Just days after restricted trading on GameStop, being hit with dozens of lawsuits and becoming a corporate martyr, Robinhood backed it up with a multi-million ad that suggests ‘We are all investors’. Unless, of course, you plan on investing in GameStop.

When is Super Bowl LV?

Super Bowl LV will be held at Raymond James Stadium in Tampa, Florida on Sunday, 7 February 2021.

What is the best Super Bowl ad of all-time?

According to fan reactions, the most popular Super Bowl ad of all time is Coco-Cola’s iconic Hey kid, catch! clip, which starred Pittsburgh Steelers defensive tackle Mean Joe Greene. The commercial debuted on October 1, 1979, and was re-aired multiple times, most notably during Super Bowl XIV in 1980.

How much is a Super Bowl ad worth?

The price of a Super Bowl ad has greatly increased over time. According to marketing firm Simantel, advertisers, on average and adjusted for inflation, paid around USD$300,000 to capture their 30 seconds of airtime in 1967. For Super Bowl LII in 2020, the average spot costs advertisers over USD$5.5 million. 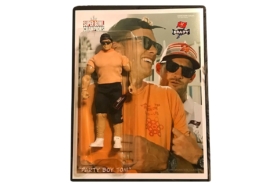