“Swing it into the box, and you’re pretty much guaranteed a header for goal”. Well, it’s good to know that Tim Cahill hasn’t lost his confidence… or his sense of humour in retirement. Like he said, start practising your cross kicks, because the Australian football legend is returning to FIFA 22. After a four-year absence from the game, Cahill was selected as one of twenty “Heroes”, a title reserved for players who have cemented their legacy in football’s history and culture. This means gamers will be able to relive the striker’s scoring flair and famous boxing celebration when competing for virtual glory.

Recently, we had the opportunity to catch up with Tim to discuss the ‘Hero’ milestone achievement, as well as his career endeavours post-football. From his historic moments on the field, to goal-setting and mindset, to the Socceroo’s future hopes, to beating famous rappers in video games, we were lucky enough to traverse the mind of one of Australia’s greatest athletes.

MOM: First off, congrats on becoming a FIFA 22 ‘Hero’. Tell us how this all came about?

Tim: I’ve obviously been involved in FIFA for many years, on the cover, when I was playing. And it’s been part of my commercial portfolio for many years, we’ve had so many amazing activations together. When I had the call, it was like a reflection of what I’d done in my career and its an honour to be part of a team of 20 players to get my own hero card. I think more than anything, my kids, they’re going to be buzzing, because we’ve played a lot over many years.

MOM: Does it surprise you that the Tim Cahill legend continues to live on in such a big way?

Tim: You don’t realise until you retire the impact that you’ve made on the game. You don’t realise until you travel to countries and see kids in China or India emulate you. I’ll be honest with you at the start, I didn’t realise what my career was and how great it was until l I started to receive calls, “Would you want to become a FIFA Hero, do you want to travel to different countries? Do you want to play in these games?”.  These type of activations with EA sports is just the icing on the cake. So I have to admit, it’s slowly sinking in that I had a decent career.

MOM: When you were first transferred to Everton, you were awarded player of the season and you scored the most goals for the club.  What was that like to have so much success straightaway?

Tim: I think for me, I was always prepared because I don’t change. Whether I play for Everton, Millwall, Australia, nothing changes with my preparation and mindset. The key element is standards. I wanted as many games as possible, whether that’s six, 700 games under my belt and all these accolades and milestones and goals that come with it. But I had consistency and that’s all that mattered.

And nothing has changed since retiring and focusing on my post-football career.  I was up this morning training at 6:00AM, in the office for quarter past eight, doing my Zoom calls, preparing for things for the day. And I put the same amount of effort into my work now that I did as a player, it’s just something that comes part and parcel with my nature. Success, it can be short-term or long-term and it all depends on how you can back yourself up, year in, year out. 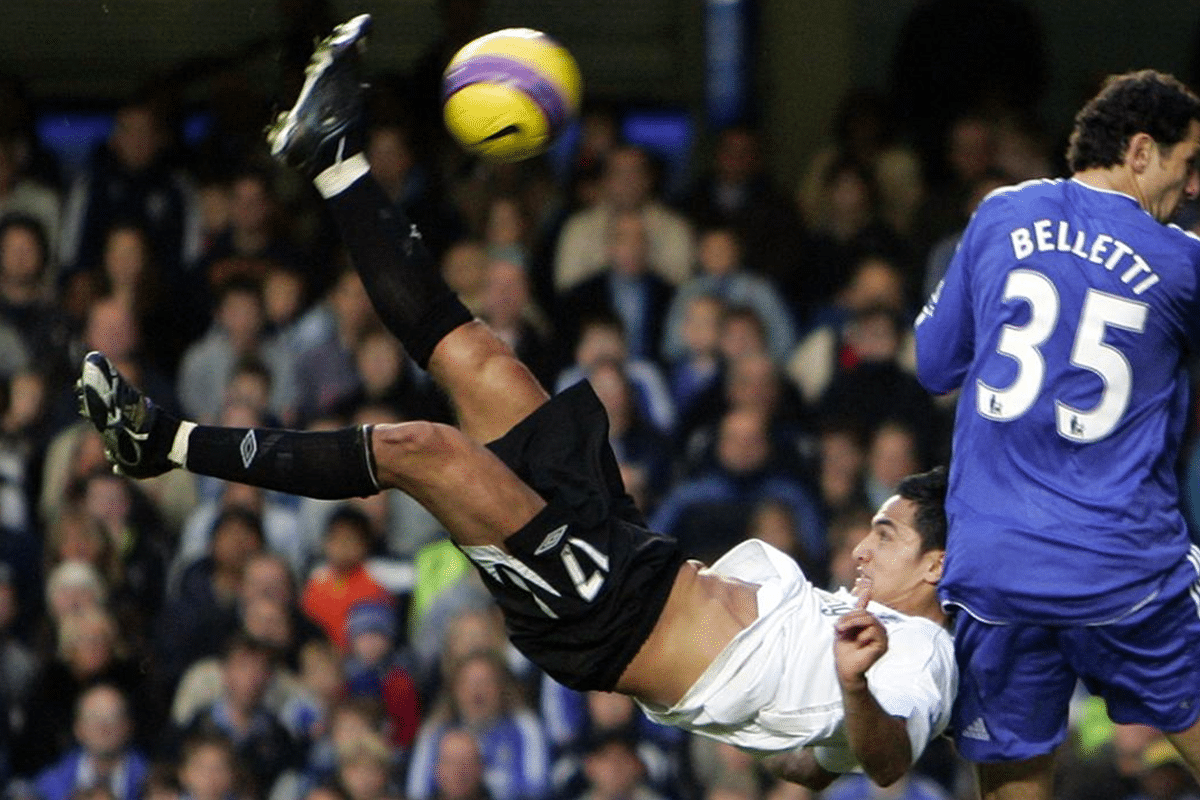 MOM: How have you taken that mindset into your new role as Chief Sports Officer at Qatar’s Aspire Academy?

Tim: So I decided to throw myself in the deep with one of the biggest sporting institutions in the world. My responsibilities include overseeing all sport including table tennis, athletics, fencing, squash and obviously football.  We have to specifically look at every detail to make our young talent professionals and challenge for the national team. So it tests all my skills, but at the same time, it gives me  an opportunity to grow and really make an impact on football globally.

MOM: In terms of your post-football career, where do you see yourself in 10 -15 years?

Tim: I’m really interested in overseeing top sporting institutions, which I’m doing now. And I’m very, very fortunate that I like to learn. Everything now I write down, I take in, it’s an educational learning, it’s not the physical on the pitch. So it’s a different insight, but it’s also quite relaxing because it gives me the time with my family. And it gives me the breathing space to chill out with the kids and play FIFA or to play table tennis or to go swimming and just to be normal. Often times when players retire they don’t know what to do. Right now, I’m fortunate that I prepped leading into my retirement. 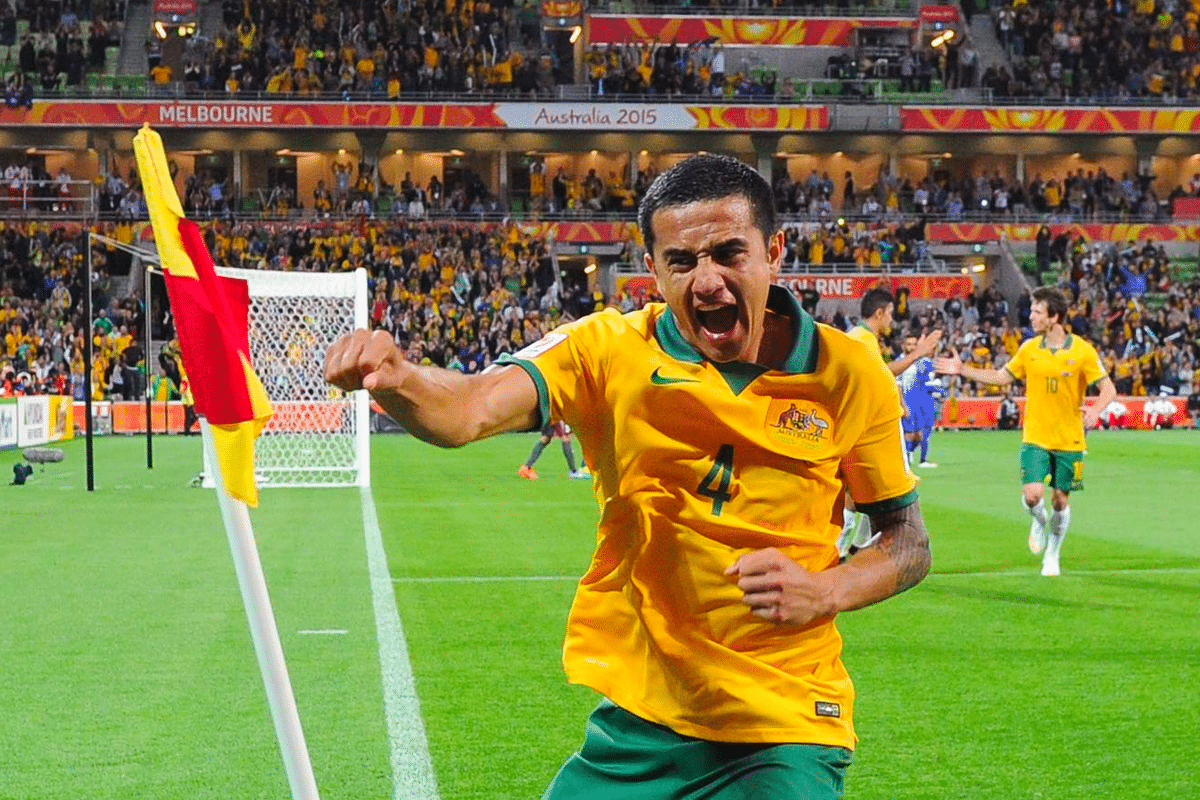 MOM: Looking at the younger generation of Australian football talent, who’s the next superstar that can lead us in future World Cup’s?

Tim: It’s difficult because the problem is kids plays three or four great games in Australia and then he’s the next best thing. The key element is consistency. I want our young kids playing 20, 30 games a season. I want them getting double figures. And then the second season, I want them challenged again. And then I want them challenged overseas. My generation left at very young ages and it’s tough going overseas. I know, you miss home and it’s a great life in Australia. However, I want to see players playing a hundred games before they step up for the Socceroos. We’re still calling up young players that have only played 50 games.

The real mark is going to be the next World Cup qualifiers.  The last two World Cup qualifiers I’ve been a part of, it was the hardest challenge mentally and physically I’ve ever gone through. Luckily, we had some really strong leaders, with Mile Jedinak, Mark Milligan, Bresciano, before that, and we won the Asian Cup. So it’s just making sure we can keep these youngsters mentally focused and that three or four games doesn’t define them. For example, Daniel Arzani, a fantastic start, now trying to find fitness two, three years later, and now trying to find games. And they’re talking about whether he’s going to go to Olympics or whether he’s even going to be involved in the first team.

So I think there’s a real responsibility of helping our kids just to play. And like I’ve always said, I’m always there for support for the national team, always speaking to the officials. Hopefully we can host them here at Qatar and the camps like we have in the past and help them with their preparation and give them everything that they need to qualify. And I think that’s a different side of football that I really, really enjoy. Working with the federations and working with executives to help make the journey smoother to World Cups, which is going to be exciting in 2022.

MOM: We saw a photo on your Instagram with Drake. What’s the backstory behind meeting the rapper?

Tim: That was the EA Sports New York launch. I think it was in 2014 when I played Drake. He’d come with his entourage. I had mine, all my teammates. He used Real Madrid, I used New York Red Bulls and I beat him 2-1.  I scored a header from a corner for the winner.

MOM: A header, of course.