After 26 long weeks, the 2021 AFL Grand Final is finally here. Following two lopsided preliminary finals, the Melbourne Demons and the Western Bulldogs will battle it out for football’s ultimate reward on Saturday 25 September, but it won’t look anything like previous years. Played against a backdrop of the ongoing pandemic and a nationwide lockdown, the 2021 AFL Grand Final will be held outside of Melbourne for only the second time in history. Here’s what you need to know. 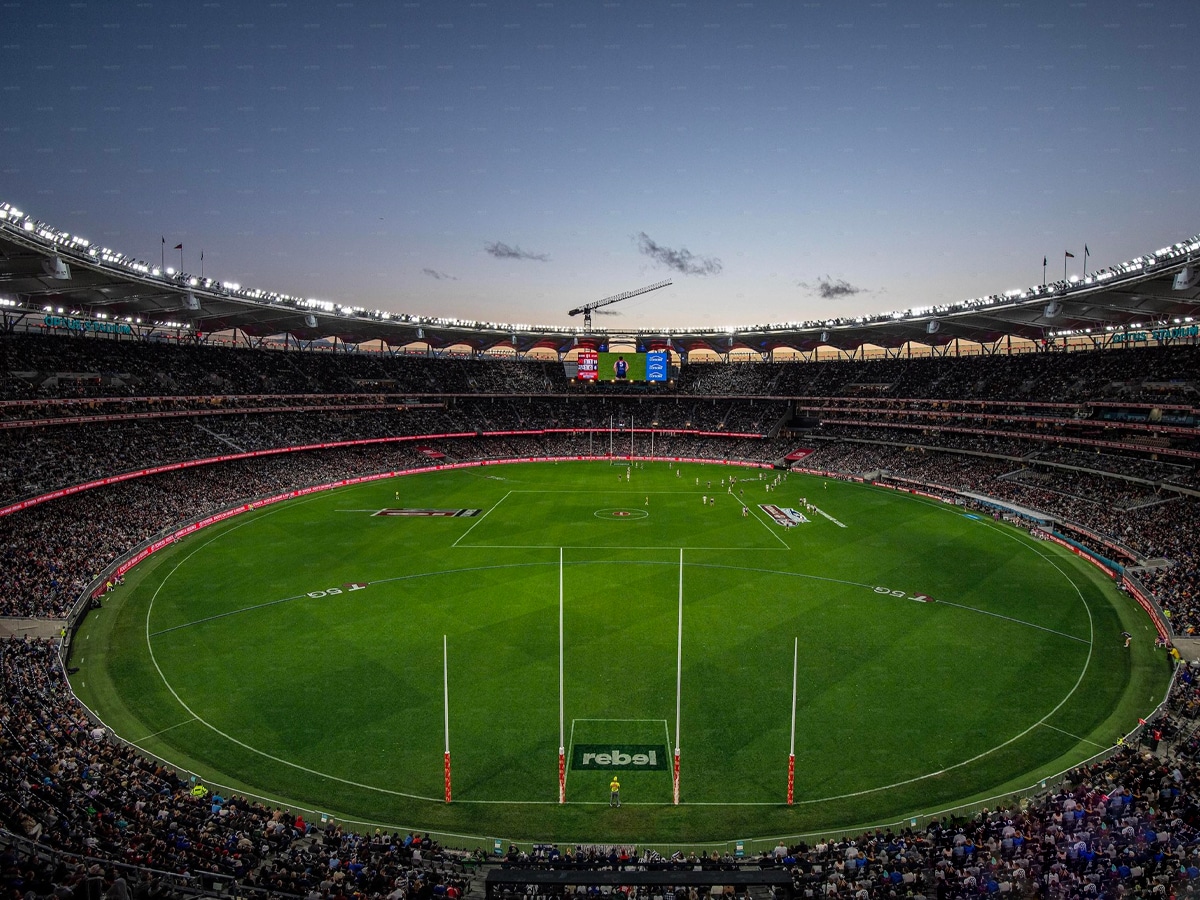 Where is the Grand Final?

For the second year in a row, the AFL Grand Final won’t be played at the MCG, marking only the second time in history outside of Victoria. Instead, the 2021 Toyota AFL Grand Final will be played at Optus Stadium in Perth, which AFL Executive General Manager Commercial and Customer Kylie Rogers said would be the biggest sporting event in the city’s history.

“The Western Australian community has whole heartedly welcomed the AFL and the announcement of the 2021 Toyota AFL Grand Final,” Rogers said. “A full house, with a 60,000 strong crowd, will deliver a pulsating atmosphere for the players, for the crowd in stadium and for everyone watching the broadcast nationally. The energy in the city is electric, and we know the demand for the Grand Final will be as strong as ever.”

The announcement of the Perth AFL Grand Final was a major boost for Western Australia, which has long been an AFL district. The preliminary finals that were held there sold out within minutes, signalling the high level of interest. With the game’s biggest day finally making its way to Perth, it’s confirmation the upgrades made to Optus Stadium in recent years were worth it.

“Optus Stadium is an incredible venue, with a reputation of having some of the biggest and best fan-experience offerings and corporate hospitality facilities in the world,” Rogers said. “As per games held at the stadium in the home and away season, these premium facilities have so far been in high demand. We are excited to be hosting the 2021 Toyota AFL Grand Final in Perth and look forward to delivering everyone the best event of the year.” 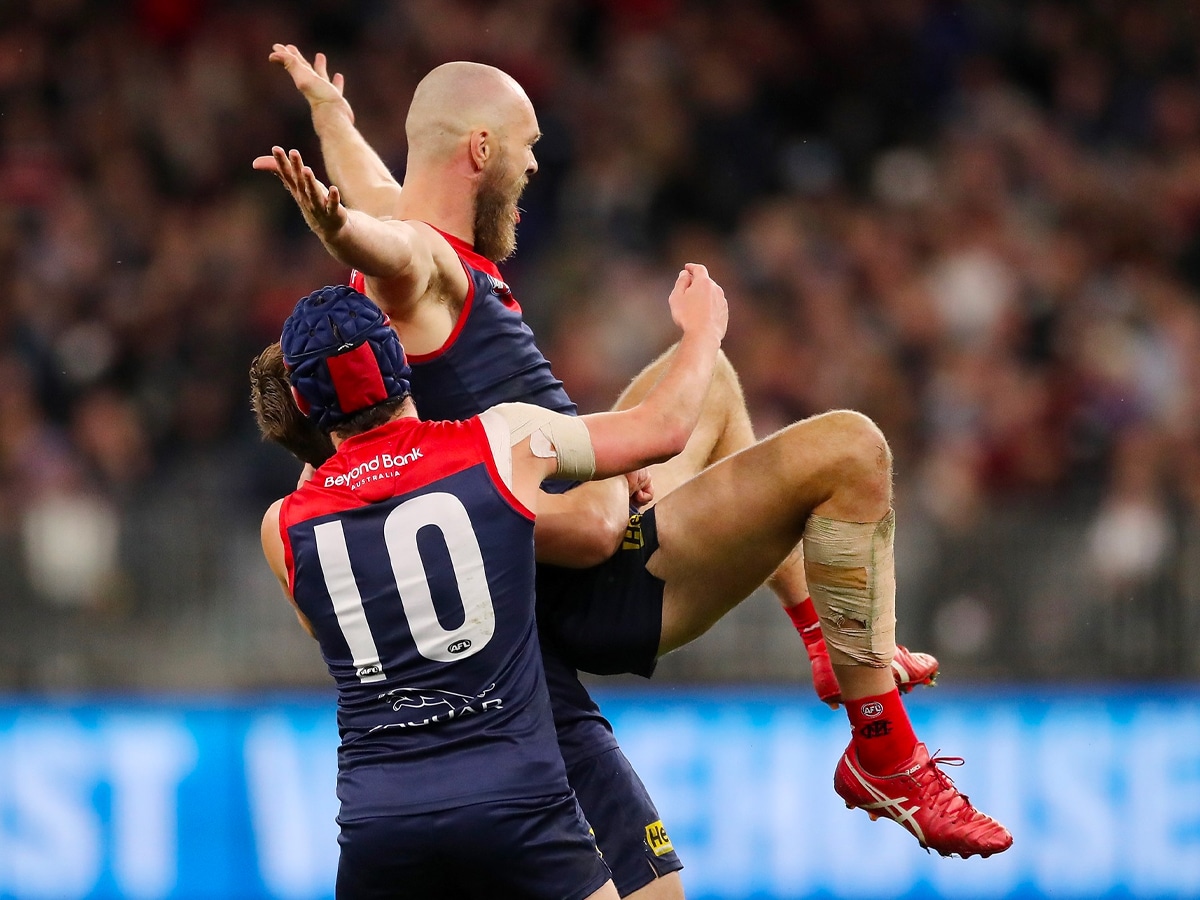 The 2021 AFL Grand Final is being held on Saturday 25 September. In a departure from traditional matches played, the game will be held at twilight with the opening kick-off scheduled for 5:15pm locally. As the game is being held in Perth, the twilight arrangement sets the game up for night-time viewing on Australia’s east coast. In a statement, AFL executive general manager of clubs and broadcasting Travis Auld said the decision to play the game at night was also made to help take advantage of Perth Stadium’s light display.

“The 5:15pm AWST/7:15pm AEST start time aims to provide fans at the game with the ultimate grand final experience by maximising the stadium’s offering while taking into consideration the broadcast audience across the country,” Auld said. “The AFL, together with the Seven Network, remain cognisant of finishing the match at a suitable time for younger footy fans and, as a result, landed on a timeslot that is earlier than the usual start time for night matches during the season and last year’s grand final.”

The twilight grand final follows the night-game experiment trialled last year, when the match was held in Brisbane under lights. While the decision angered fans, it reportedly increased viewership and ad revenue, bolstering the game’s national appeal. 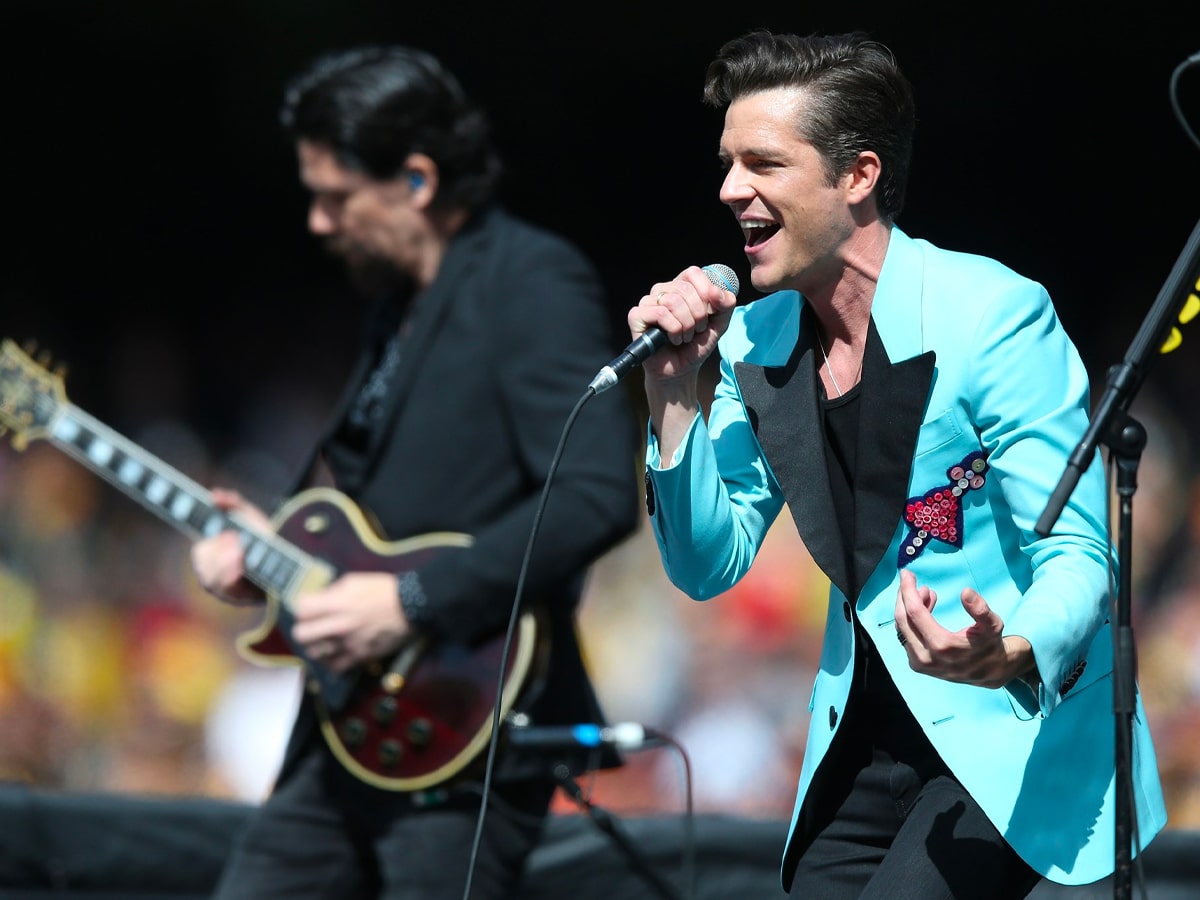 What is the AFL Grand Final Entertainment?

Local rockers Birds of Tokyo have been named as the halftime entertainment act for the historic Perth AFL grand final at Optus Stadium. Birds of Tokyo previously performed on football’s grandest stage, both pre and post game at the 2013 decider between Fremantle and Hawthorn alongside Hunters & Collectors and Mike Brady. The band also performed at the 2019 Anzac Day match between Essendon and Collingwood.

“After the success of a local all-Australian line-up at last year’s Grand Final in Queensland, we know there is incredible support to bring together home-grown talent again this year.

“The 2021 Telstra AFL Pre-Match and Half-Time Shows will celebrate Australian anthems and showcase a host of Western Australia music talent who are all incredibly excited to play in front of a full-house on home soil,” Rogers said. “This year’s line-up features artists spanning across multiple generations, so we’re confident there will be something for everyone to enjoy. 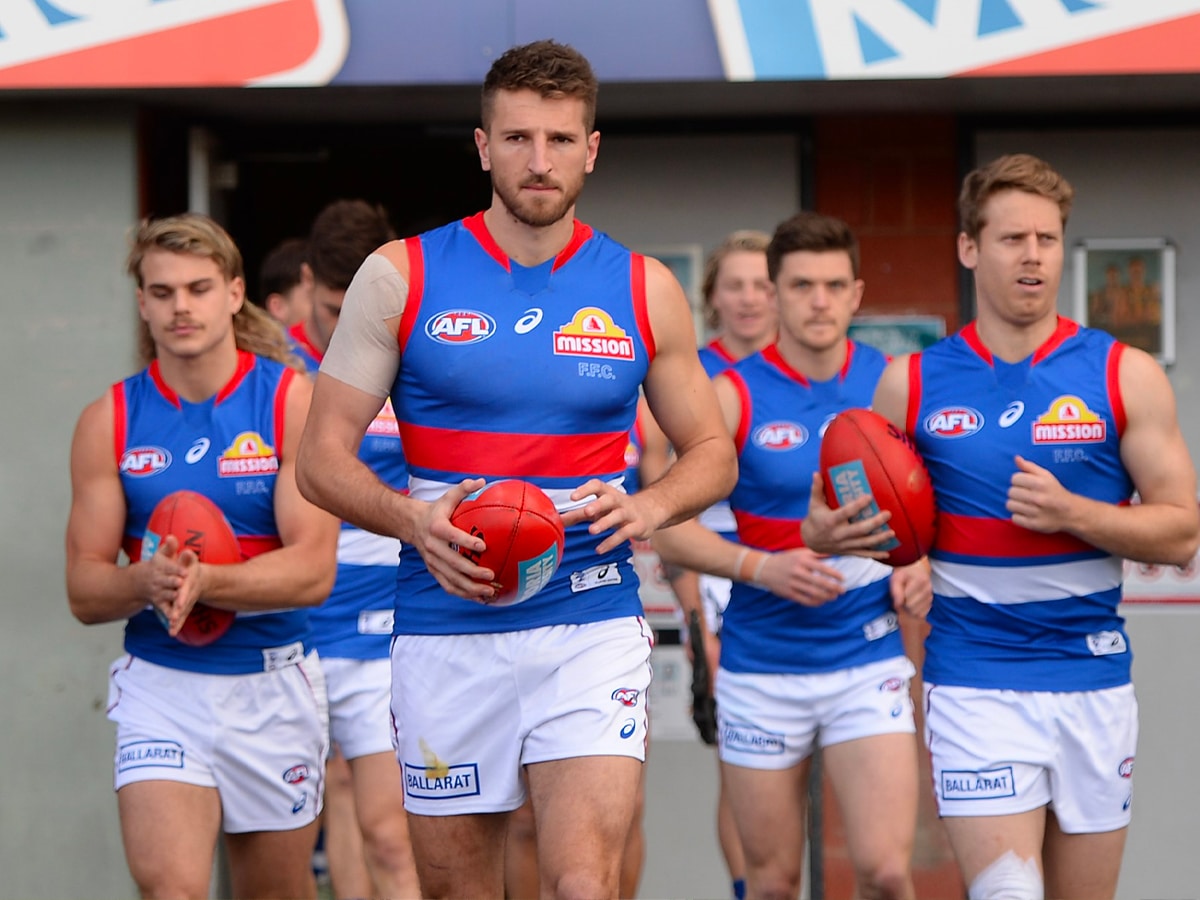 While the game itself won’t be in Melbourne, the 2021 AFL Grand Final will be an all-Victorian affair with the Melbourne Demons to come up against the Western Bulldogs. It marks the first time Melbourne has played on the last Saturday in September since 2000 and could serves as the team’s first Premiership since in 1964. On the other side of the equation, the Bulldogs return to the biggest game of the year for the first time since their doubt breaking 2016 Grand Final win.

Both teams come off major preliminary finals wins, with the Demons smashing Geelong by 83 in a flawless display, while the Bulldogs crushed a lacklustre Port Adelaide by 71 in Adelaide. Star Bulldogs rookie Cody Weightman is set to return while for Melbourne, the team remains relatively unchanged.

The match is somewhat of a replay of the 1954 VFL decider in which the Bulldogs, then Footscray, won by 51 points -to claim their first-ever premiership. Melbourne will be looking to end the current longest premiership drought in the competition, having not won a flag since 1964.

For 2021, the $185 entry-level tickets price has been frozen for the third year in a row, after previous prices freezes in 2019 and 2020, however, it won’t be easy to get a seat. Consistent with previous years, competing club members receive the biggest allocation of tickets to the season’s biggest match and due to lockdown restrictions, you must already be in WA to attend. The entire General Public on-sale will commence on Thursday, September 16 at 10:00am AWST.

“For the ticketing release, we will continue to prioritise our competing club members, members who have stood by their clubs all throughout the pandemic and the uncertainty it has delivered the competition,” Roger said. “24,000 tickets will be available to the two clubs (12,000 each), with any of these tickets not taken up by members going towards the General Public on-sales. Historically, general public tickets have never gone on sale for Grand Finals in Victoria, however footy fans in Western Australia will be rewarded with a minimum 10,000 tickets immediately allocated to the General Public, and then increased with the balance of the unused member allocation.”

As of the time of writing, however, it has been confirmed that the remaining tickets have already sold out. The Age confirmed that all 10,250 tickets to the AFL grand final between Melbourne and Western Bulldogs at Optus Stadium were exhausted just seven minutes after they were released on Thursday morning. 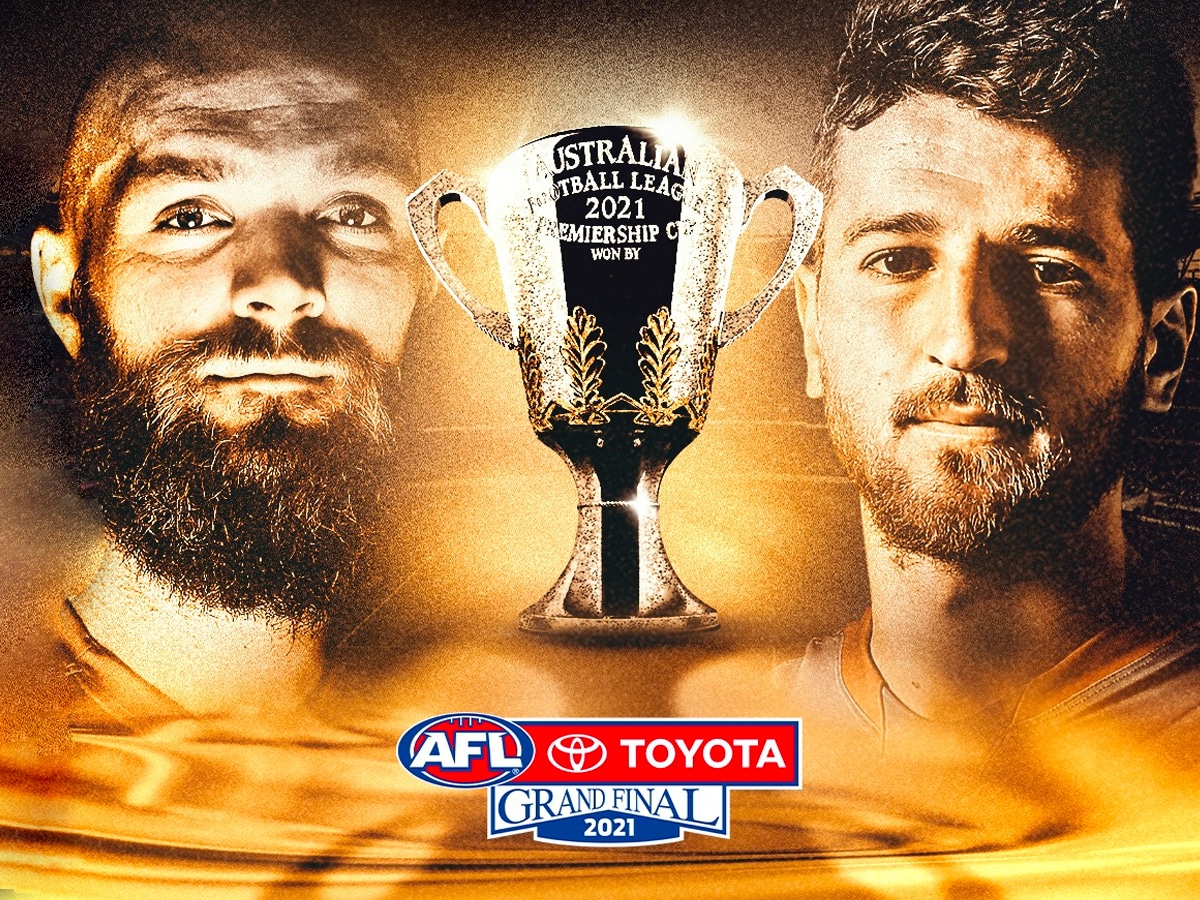 Where Can You Watch the 2021 AFL Grand Final

You can watch the game on Channel 7, live and free-to-air, but remarkably, the game will not be broadcast live on Foxtel. Instead, Fox Footy and streaming service Kayo will each show a complete replay immediately following the match. Further, the Grand Final can be streamed through the 7plus app, but only on selected devices. If you own a Telstra TV, Samsung Tizen (2016 and later), Fetch TV, Apple TV, PlayStation 4/5 or Android TV, you can stream the match through 7plus.

The 2021 AFL Grand Final is being held on Saturday 25 September. In a departure from traditional matches played, the game will be held at twilight with the opening kick-off scheduled for 5:15pm AWST/7:15pm AEST start time.

How much are AFL Grand Final tickets?

Tickets for the 2021 AFL Grand Final range from $157 to $450 depending on the category and concession status.

Who is the pre-match entertainment for the 2021 AFL Grand Final? 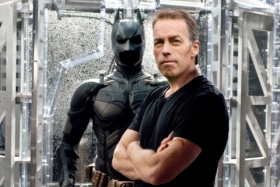 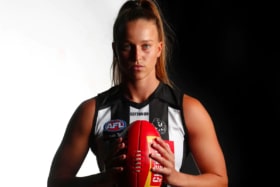