The long-awaited Game of Thrones prequel is finally set to land on streaming services on August 21, bringing the fabled House Targaryen back onto screens for the first time in three years. House of the Dragon revisits the iconic characters from the original Geroge R.R.Martin smash hit, albeit from a slightly different vantage point, inviting a new generation of fans into the fold and taking viewers back to a very different time for Westeros. With the initial reviews placing House of the Dragon alongside Game of Thrones as a bonafide must-watch series, interest is at a fever pitch. If you want to know where to watch House of the Dragon, this guide will detail the release date information, cast, streaming platforms and episodes to watch out for.

RELATED: ‘House of the Dragon’ Official Trailer Brings War Back to Westeros

How to Watch House of the Dragon in Australia

In the United States, Game of Thrones: House of the Dragon will premiere on August 21 at 9pm ET/PT exclusively on HBO and HBO Max, however, those dates will change for local viewers. In Australia, the Game of Thrones prequel will debut on Binge and Foxtel at 11am on Monday 22 August, meaning the first episodes are already available to view. According to the networks, only Binge and Foxtel subscribers will be able to stream the series, however, both options offer a free trial option.

As per HBO, the first season of Game of Thrones: House of the Dragon will feature 10 episodes, with instalments set to drop weekly. Each episode will run for roughly one hour, in keeping with the original series‘ format and timing. The release schedule for House of the Dragon season one will be as follows: 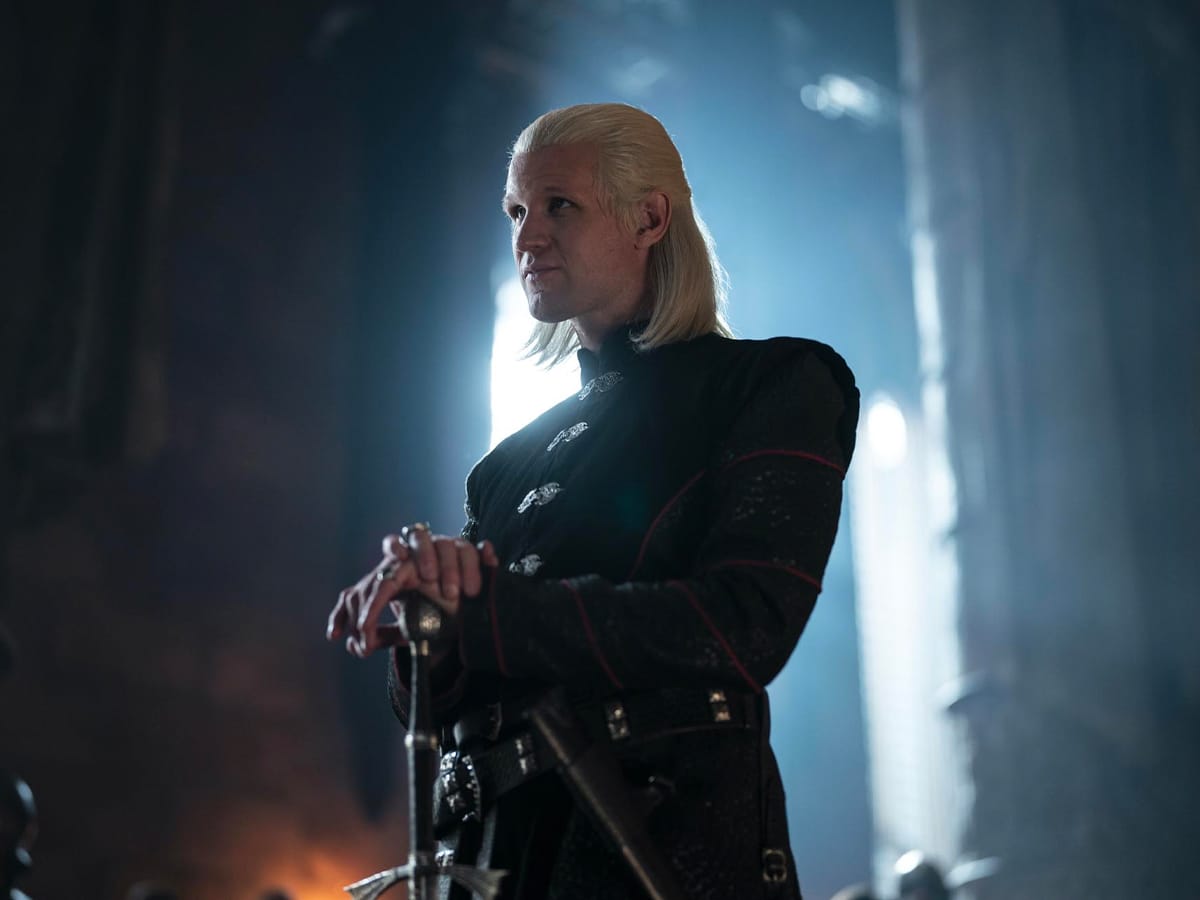 What is Game of Thrones: House of the Dragon About?

While the new prequel takes viewers back to a familiar setting, House of the Dragon will follow a very different storyline. Set 200 years before the events of Game of Thrones, the new series is based on chapters from author George R.R. Martin’s companion book, Fire & Blood. It will chronicle the later days of the dynasty, including the Targaryen civil war, which fans will remember as the Dance of the Dragons. According to the official synopsis, it sees the Targaryen dynasty and the Seven Kingdoms under the rule of peaceful King Viserys Targaryen, played by Paddy Considine, however, chaos soon erupts as Viserys’ daughter Rhaenyra Targaryen, played by Emma D’Arcy, and Viserys’ brother Prince Daemon Targaryen (Matt Smith) enter the picture.

A vicious battle for power ensues and at the centre of it lies Olivia Cooke’s Alicent Hightower. Viserys’ second wife, the vengeful Alicent appears hellbent on preventing Rhaenyra – her childhood best friend – from taking her place on the iron throne, however, succession isn’t the only issue looming large. Through the initial trailers, viewers caught a glimpse of the Targaryens’ 17 fully grown dragons, of which nine are reportedly set to make an appearance in the first season. Importantly, in the original series, only Daenerys has her own fire-breathing creature, suggesting the Dance of the Dragons might not end so well for the flying beasts.

The real issue at the heart of the new series is a brooding battle for power, which sees a number of family members struggle to capture the throne as Viserys’ grip on power begins to slip. Speaking at a roundtable during a recent press day, lead actor Paddy Considine revealed that his character of King Viserys Targaryen was a “scholar and a man of good temperament”.

“He’s coming off the reign of Jaehaerys, it’s a peaceful time in the kingdoms, it’s a time without war and I think he’s trying to uphold that. But I don’t think he has the right source of qualities to be a ruler, as such,” he said, as per Consequence. “That’s not to say that he’s a weak man… I think he’s been given a massive responsibility and that’s something that he’s conflicted about, because I think he believes so much in these things and himself believes that he’s a dreamer in some ways but it backfires on him and that causes a lot of doubt in him and his decision making and whether or not he’s doing the correct thing.” 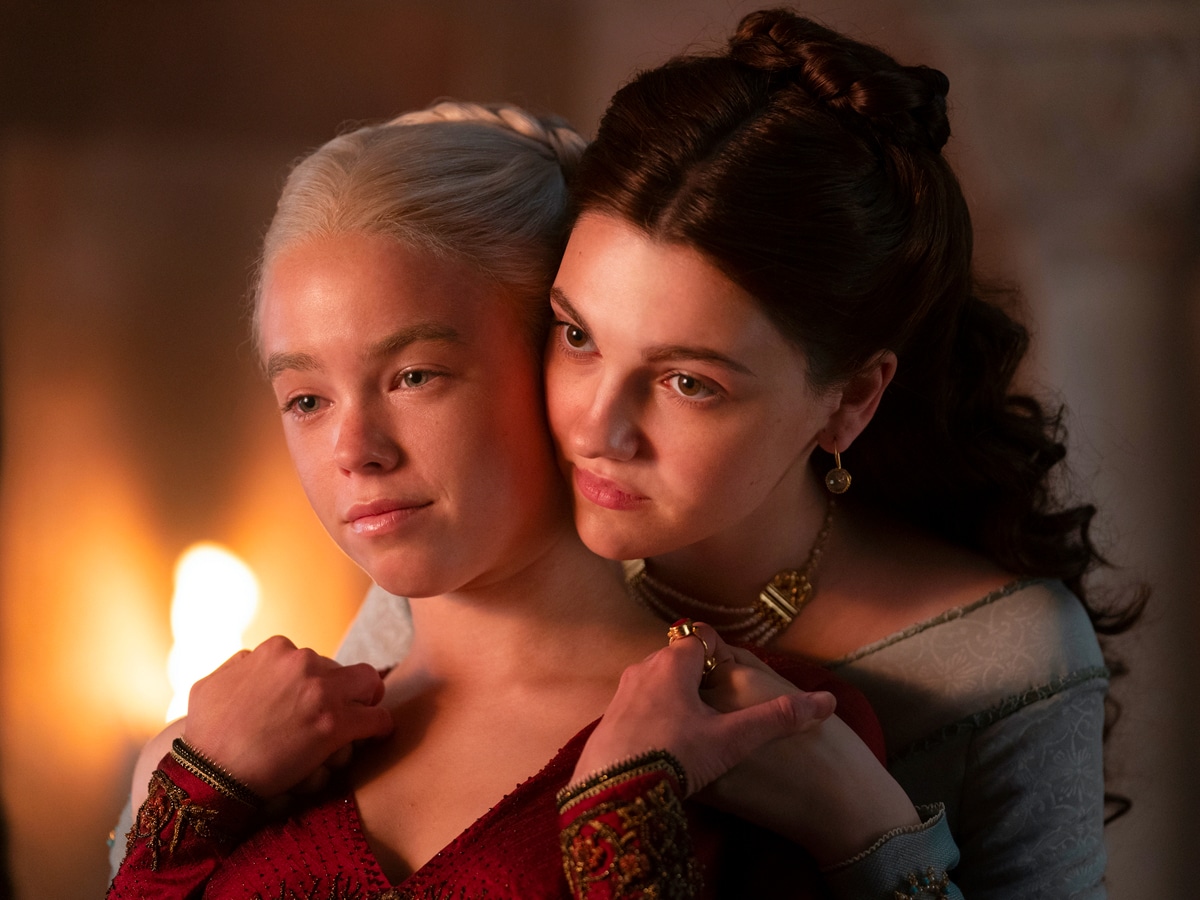 House of the Dragon Cast

As with the original series, the new House of the Dragon iteration star an ensemble cast of serious note. With Paddy Considine in the lead role, the fantasy series is filled out by a host of revered actors including Matt Smith, Olivia Cooke, Emma D’Arcy, Steve Toussaint, Eve Best, Sonoya Mizuno, Fabien Frankel and Rhys Ifans. Importantly, House of the Dragon is developed by A Song of Ice and Fire author George R. R. Martin, who is joined behind the scenes by Ryan J. Condal (Colony), and Miguel Sapochnik (Game of Thrones). The full House of the Dragon cast includes:

For fans of the show, the new prequel opens the door for a host of new characters to flesh out, something the cast is eager to do. In an interview with GQ, actor Matt Smith revealed that he was initially drawn to the character of Prince Daemon Targaryen due to his foreboding sense of inner turmoil, something that continues as a sort of running theme throughout the new series.

“I think there’s a sort of inner fragility to him that I was very interested in,” the former Doctor Who star explained. “Yes, I do think he is a man that sort of instinctually, naturally, is quite a violent person. But I think there’s a weird sense of morality, and it’s warped, but it is, nevertheless, a sense of morality to him. And sometimes he thinks he’s doing the right thing, however violent and obtuse his behaviour may appear. Often, in his head, he’s doing things for a good cause. So I guess what I’m saying is, to some level, it’s not just gratuitous violence. He’s not violent just to be violent. He’s violent because he thinks there is a purpose to it, generally speaking.”

Game of Thrones: House of the Dragon Trailer

While there have been a series of trailers released in the lead-up to the new prequel, the most revealing of which came in mid-August. Headlined by a number of key battles showed off an impressive array of action sequences and a litany of sword duelling endeavours, with Westeros in chaos.

Is There a House of the Dragon Season 2?

While the first season of Game of Thrones: House of the Dragon is still yet to wrap up, there are already murmurs of a second season landing on HBO. The initial reviews have the prequel on par with its predecessor, prompting questions from the community as to what comes next. No confirmation has been announced as of yet, however, showrunner Ryan J. Condal told Collider that the plans are in place for a second season, provided the streaming platform was willing to pick up the tab. The new prequel reportedly cost a whopping AUD$300 million to make.

“I think we have a fairly good plan laid out. Plans like that always have to be fairly broad, yet you have an idea of landmarks, and places that you want to go, and a sense of an end point, which I think is really important, particularly with this story,” Condal told Collider earlier this year. ” There’s 170 years of history in front of us, so you have to figure out, at what point do you do lower the curtain on this particular story? We’ve always had a good sense of that. I think we have a good plan for Season 2, if HBO is willing and eager to continue telling the story with us. There is really 300 years of Targaryen history to explore, and there are many stories within there that are really fascinating. There’s the story of the conquest, the story before the conquest, the Targaryens leaving Old Valyria. You have a tale like this, where the Targaryens have dragons and are in power. And then, there are also stories where the Targaryens no longer have dragons, but are still in power. What changes there, and how is that different? It’s a very rich tapestry. It’s a rich landscape. I think the fan base is willing and eager. There’s a lot of storytelling left in this world, if people want it.” What is the Game of Thrones: House of the Dragon release date?

In the United States, Game of Thrones: House of the Dragon will premiere on August 21 at 9pm ET/PT exclusively on HBO and HBO Max, however, those dates will change for local viewers. In Australia, the Game of Thrones prequel will debut on Binge and Foxtel at 11am on Monday 22 August, meaning the first episodes are already available to view.

Is there a House of the Dragon season two?

At this stage, House of the Dragon season two has not been greenlit for a second season, however, showrunner Ryan J. Condal told Collider that there were plans already in place for a follow up.