Oh, to be an internationally recognised indie-pop band with an in-house fashion stylist. Big hair, big moves and big hits, Melbourne duo Client Liaison is an enigma of modern music. Like a finely blended cocktail, vocalist Monte Morgan and keyboardist/producer Harvey Miller pick and choose inspiration and influence from all walks of life, but when it came time to plan out the group’s second studio album Divine Intervention, the pair could scarcely have predicted what would unfold. A global pandemic put a halt on the synth-pop juggernaut’s extensive tour schedule and disrupted the album launch, but there were some positives. The free time allowed the duo to refocus their plans and set to work on crafting an album that captured the much-needed spirit of positivity.

“Client Liaison is escapism,” Monte tells Man of Many. “We are relevant at any time because having a good time is always relevant. We have a throwback sound and we jump into so many different genres and worlds that it doesn’t really matter what’s going on around you, you can still get into the groove and get into the lyric.”

It’s a valid point, and one we’ve seen in homes across the country. In the spirit of escapism, Aussies in lockdown have been turning their kitchens into spiritual barrooms, transforming the old rum and coke into a full-scale tropical cocktail experience. And in trademark style, Client Liaison has an outfit for the occasion. Partnering with rum lords Captain Morgan Tropical and Aussie label Barney Cools, Client Liaison has unveiled the ultimate party shirt, an exploration of escapist synth-pop fashion.

“I have an affinity with Captain Morgan Tropical because my surname’s Morgan, and I have a moustache and curly dark hair, so I associate with the brand greatly,” Monte jokes. “But we’re always into the party. They were like, “Let’s do a party shirt,” and we kept throwing designs back and forth, which was fun. We always love doing that because we’ve got our own elevated merch line, our Client Liaison Deluxe line, so we’re kind of familiar with that process.”

Inspired by the desire for more party vibes, we sat down with Monte and Harvey from Client Liaison to talk party shirts, nu-metal and Divine Intervention. 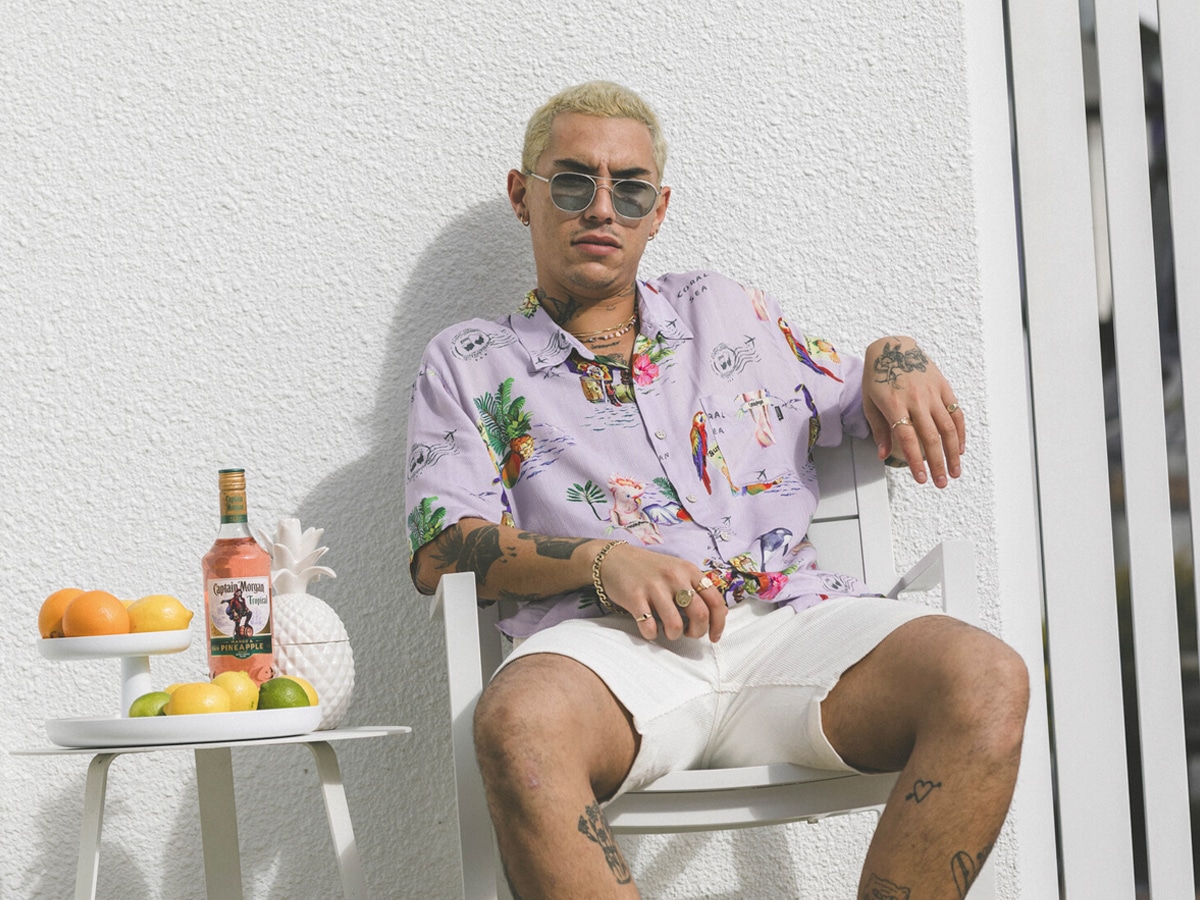 MOM: Divine Intervention’s coming out and it feels like it’s been the longest lead-in to an album of all time. Is it nice to finally have the fruits of your labour coming to fruition now?

Monte: Yeah, some of the songs are a few years old now, and it kind of wasn’t ready until it was ready, I guess. So, yeah, it does feel like a long lead-in time, but we’ve been doing music videos and remixes and things like that, so we’ve got lots of stuff coming up. We just want to give it the best chance that it can, but it’s a great feeling.

MOM: How would you describe this new album as opposed to previous releases?

Monte: I think it’s more considered. It’s a more consistent sound across it. I mean, it’s not a drastic change in direction, but slightly more refined. We worked with a lot of collaborators, producers and songwriters, so it’s more pop, and it’s kind of nice to work off a different theme. I enjoy writing that way, so there’s kind of a divine, holy theme throughout. But yeah, it’s quite weird finishing it but it not being out in the world yet. It hasn’t completed its cycle, so to speak. 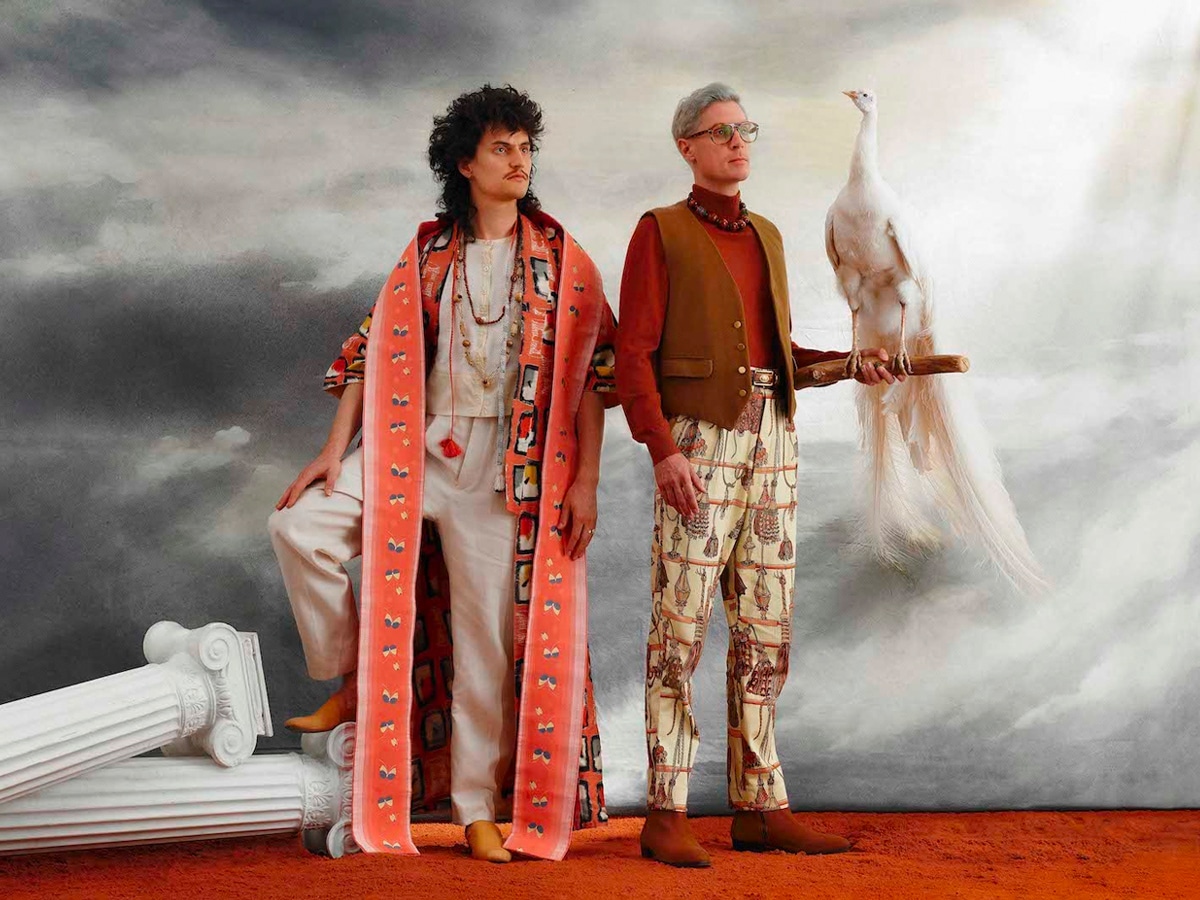 MOM: One of the things we’re all looking forward to is the outfits. What have you guys got planned in terms of style for when the tour does kick off?

Monte: We’ve been getting into a bit of a cult vibe, Heaven’s Gate-vibe. We did Splendour XR recently, so that was a really good opportunity to kind of flex the wardrobe and the band as well. A bit of a taster there, but we’re going for a bit of a cult theme, spiritual vibes, which is fun. We like readapting our wardrobe in different ways.

We’ve been doing a few streaming gigs over COVID, which has kept us alive, but we kind of went all out. We put in so much effort. We did, like, pre-roll footage and we had two sets and costume changes and stuff, so it was nice to take it really seriously. I don’t know what it was like as the punter, but like see it on the other end, it’s like you’re not connected in the same way. But it was fun for us.

MOM: You guys are pretty renowned for your style. Tell me about the Captain Morgan Tropical x Barney Cools collab.

MOM: We do want to dive into the anatomy of the party shirt. So what makes a perfect party shirt in Client Liaison’s eyes?

Monte: We actually wrote a song based on party shirt people. We call them a ‘four stacker’. There is a song called Unloaded on our new album, and we just said, “We need a song for the four stacker,” and that is your festival punter, who’s just having an awesome time. He’s got four stacks of liquor, two on each hand, because he’s had to queue for the bar and he’s really revved up to see your entire set. So he’s got four drinks, he’s got the party shirt wide open, and he’s just screaming for joy. The party shirt, you don’t just wear it, you live it.” 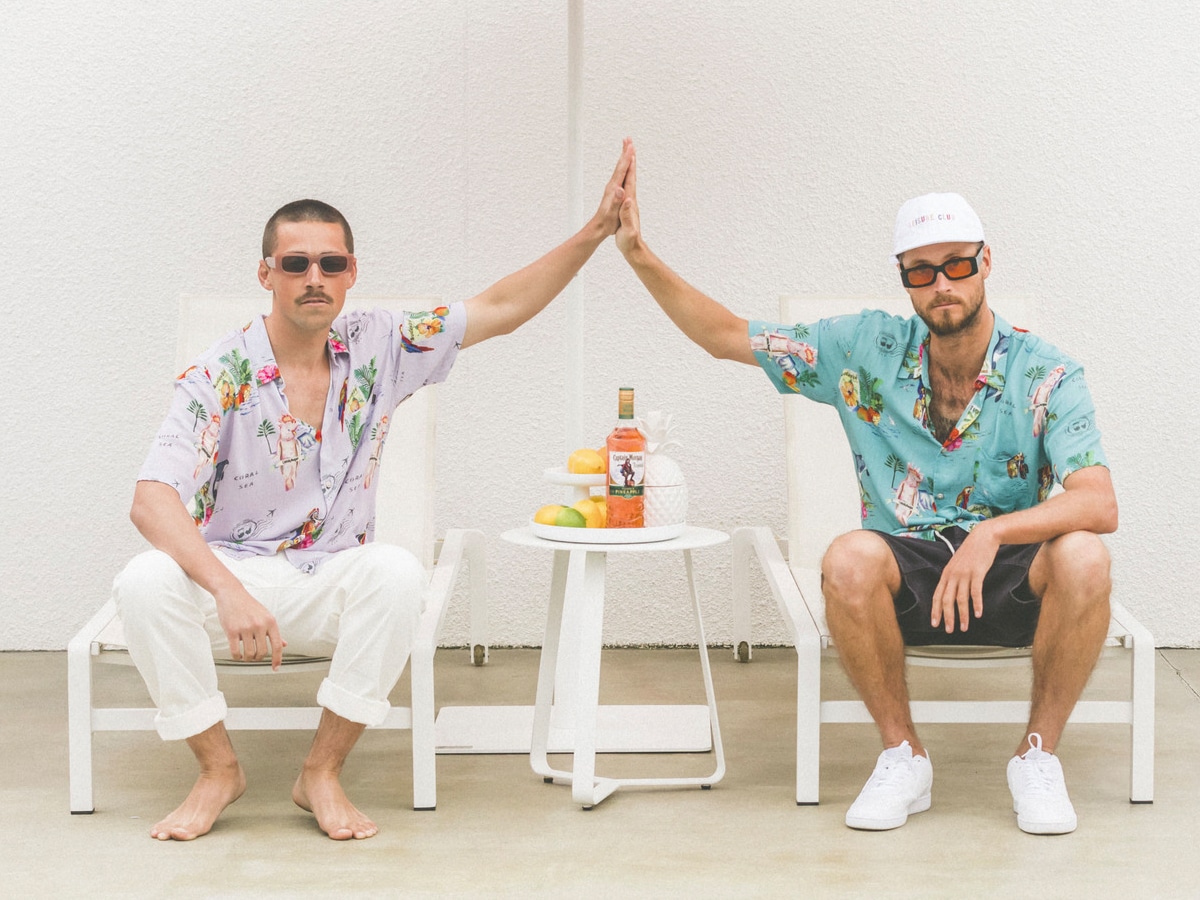 MOM: What is more important in a party shirt – form or function?

Harvey: Oh, gosh. I mean, it depends on where you are. If you’re on the dance floor trying to bust a move, one would say function. But yeah, form over function, the age-old debate.

Monte: I’d say function. You know what’s up with the party shirt. Yeah, like you can sweat it out on the dance floor, you can wear it to bed and wake up and still be in a good mood. So the party rolls on. As long as you’ve got the party shirt, things keep kicking.

MOM: Now, in terms of celebrities who best encapsulates the party shirt aesthetic

Monte: Let me have a think. I think of Leo, Leonardo DiCaprio. Like, The Beach.

MOM: Romeo and Juliet? I feel like he had a couple of good party shirts in that.

Monte: Yes! Romeo and Juliet. I love the fashion in that film. We grew up in the ’90s, so I remember when Hawaiian shirts came in, in the late ’90s, and it was just all the rage. It was the thing for summer. It was like the warmth was coming, we had these certain kind of glasses, we had a certain haircut, and we had the party shirt. It was the look. And all the celebrities were wearing them, and Romeo and Juliet, that was the top film at the time, so that’s my fondest memory. 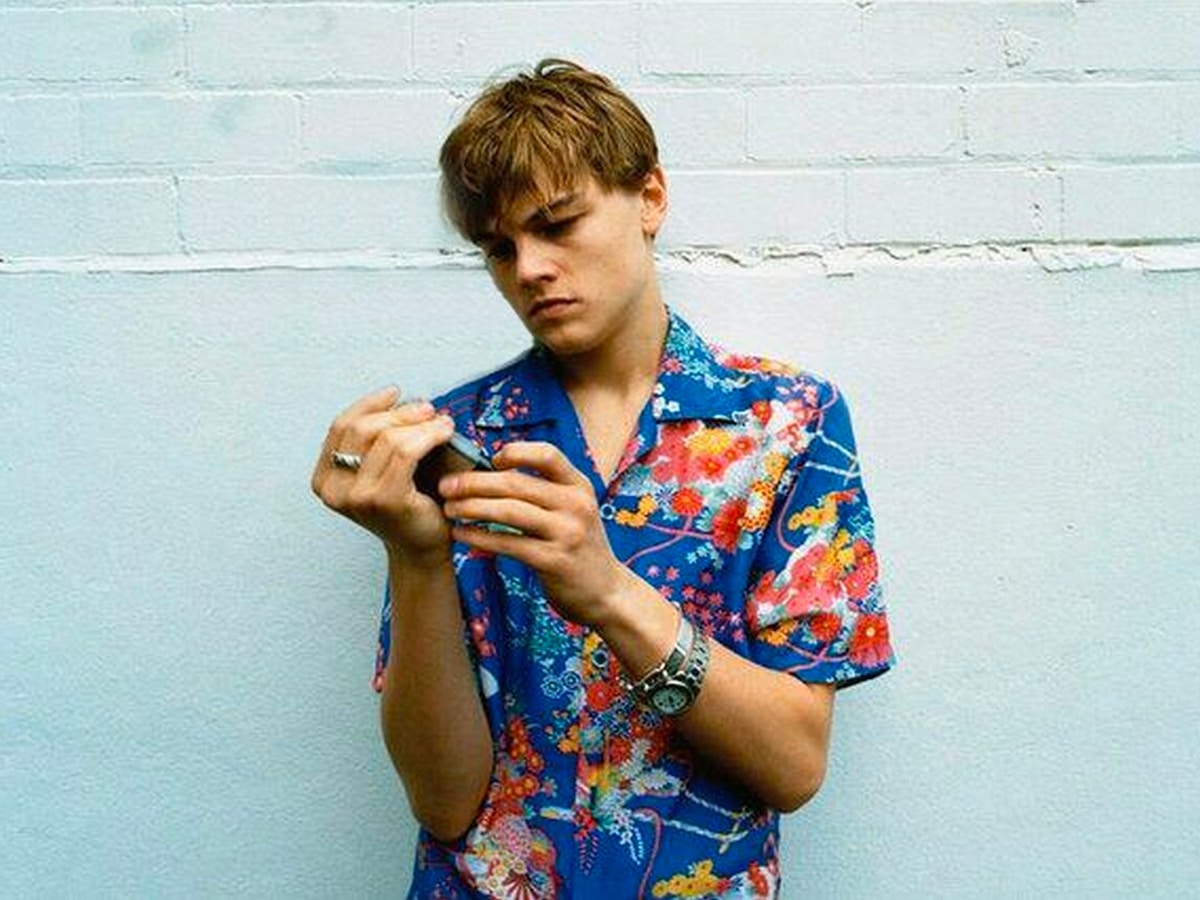 Leonardo DiCaprio in Romeo and Juliet (1996)

MOM: Who were your style inspirations back when you guys were younger?

Monte: I’ve always been a big fan of Prince. Just because he’s so eclectic and it just kind of blow your mind open, like is he for real with what he’s wearing there? He just doesn’t care. He just wears whatever he wants, so I love that.

Harvey: Any style icons growing up? Yeah, I mean, look, it’s quite funny but, do you remember nu-metal? That’s something that you’d usually cringe about, but I think it’s quite neat, looking back, and seeing how far you could take things. So I guess like the skateboarding, the baggy jeans with the belt and the hoodie.

MOM: I wouldn’t have picked that.

Harvey: I mean, I was a skateboarder, so, yeah, just had to roll with the times of whatever people were doing skateboarding.

Harvey: Yeah, I saw that on the internet in the last couple of days. He definitely has the detective vibe going on, that was quite confronting. But, yeah, sometimes we like to put on a little Limp Biscuit and reminisce.

Monte: Yeah, I guess. A few crew members of ours, actually, dig them. I’ve got to say it’s probably a stretch too far for me, but it’s good fun. It’s nice to hear people react and how far you can go with people’s throwbacks. It’s like Alien Ant Farm and all that nu-metal, I think people just starting to sort of look back on that with a new perspective. In terms of history cycles, and as soon as a trend ends, it’s at its most sticky. And it cycles around, comes back in full circle and it’s interesting to see, to look back on things at different frames and different times and how it changes with time.

MOM: Speaking of Fred Durst, we saw the size of Lollapalooza overseas recently. Does that get you itching to be back out playing big stages?

Monte: I mean, a few years ago, we were playing, we were getting to Europe a few times a year, and we went to the States and played festivals, but kind of seems so far away right now. We’ve got this album that we want to release here and different things happening in life, and it kind of changes your perspective, but it looks like now there’s more opportunity overseas, so I think we’re going to have to shift that way. Who knows?

MOM: Is it going to be a bit of a case of a bit more kind of an intimate album release when things do come out over here?

Monte: Well, I think we just have to scale whatever we can and hopefully things can go ahead, but if they get pushed back, we’re always keen to make it happen, so we’ll be first at the starting gate, ready to play any festival that wants us. We like playing so much that we’ll be there whenever we can.

Monte: I’m a big fan of just… I like the piña colada, but I like making it from scratch, like rum, fresh, actually juicing the pineapple, fresh pineapple and then cracking open the coconut. I like doing that in the tropics, but yeah, I love rum. 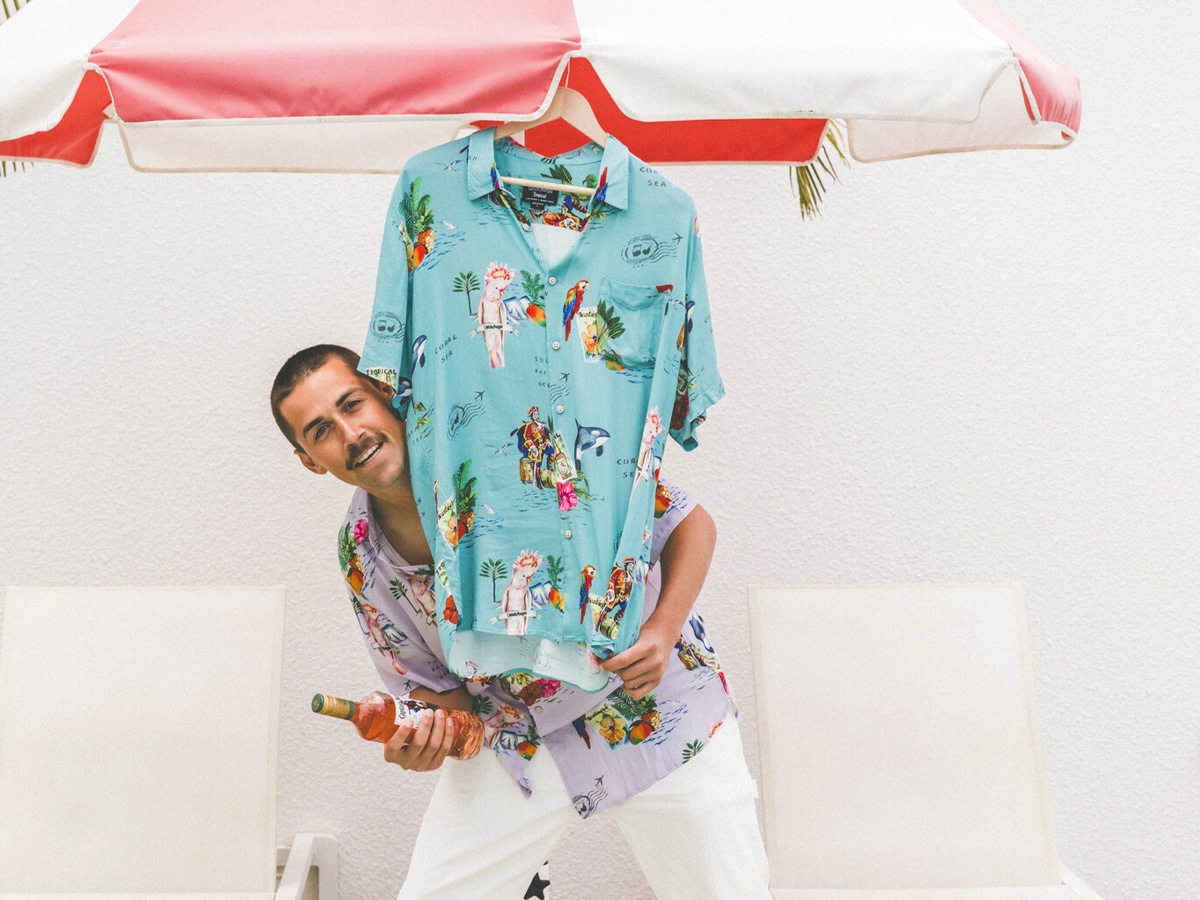 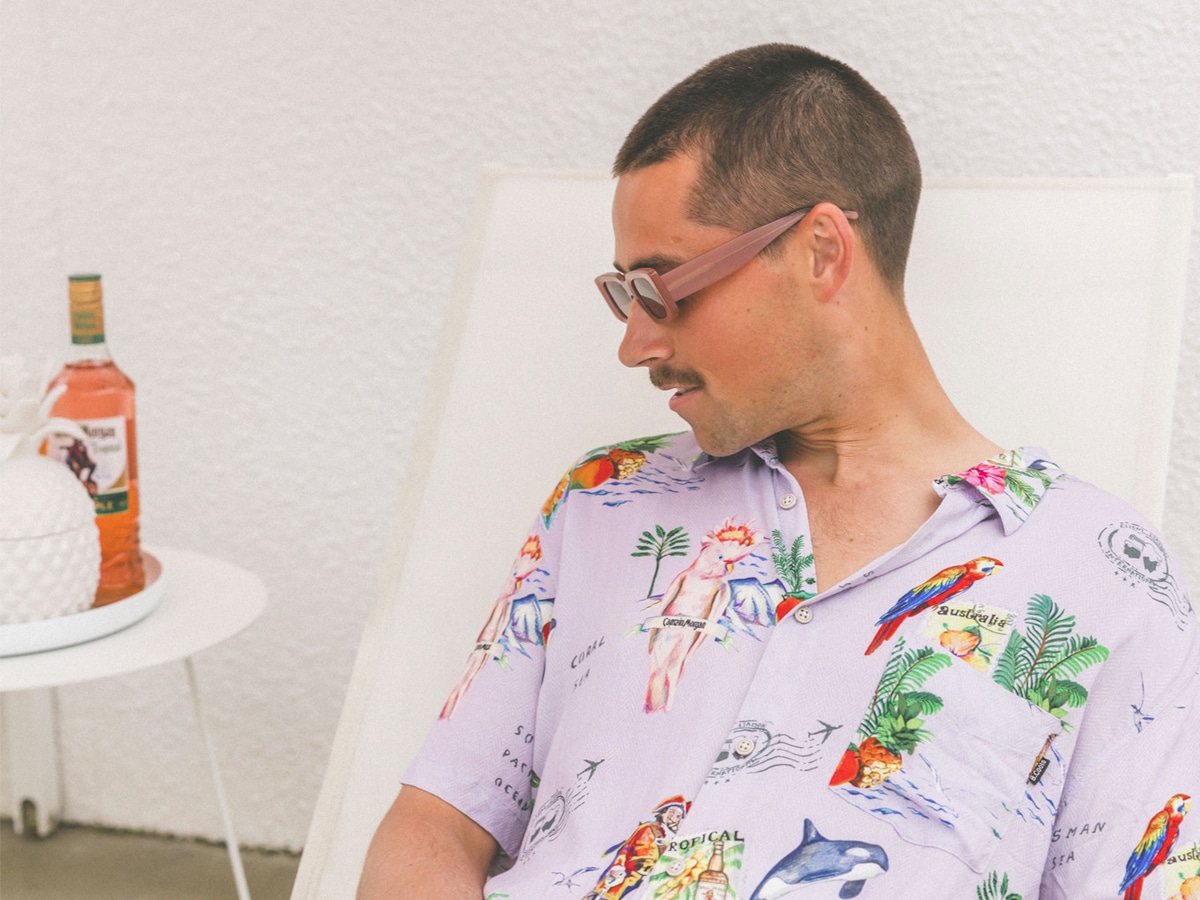 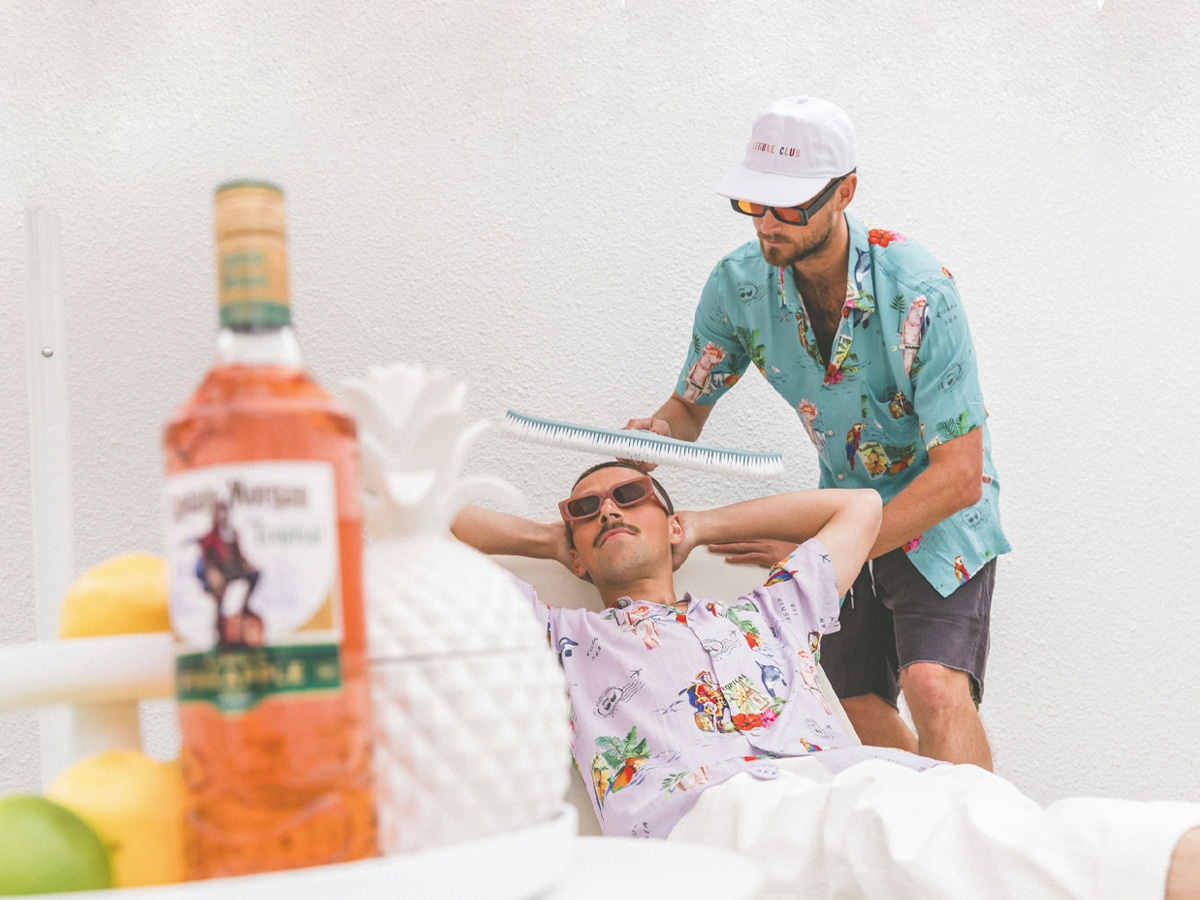 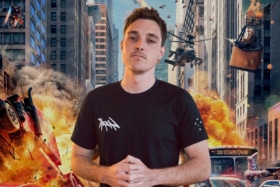 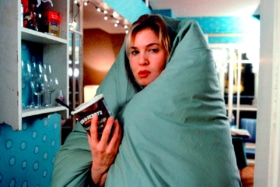