UFC star Conor McGregor’s comeback did not have the ending many were hoping for. At the end of the first round of his long-anticipated third fight with Dustin Poirier at UFC 264, McGregor turned his ankle while retracting from a punch. Initially, the fall seemed innocuous and Poirier jumped on the ground game, pounding the head of the defenceless McGregor. But as the bell rang and Poirier returned to his corner, the full extent of McGregor’s injury became apparent. 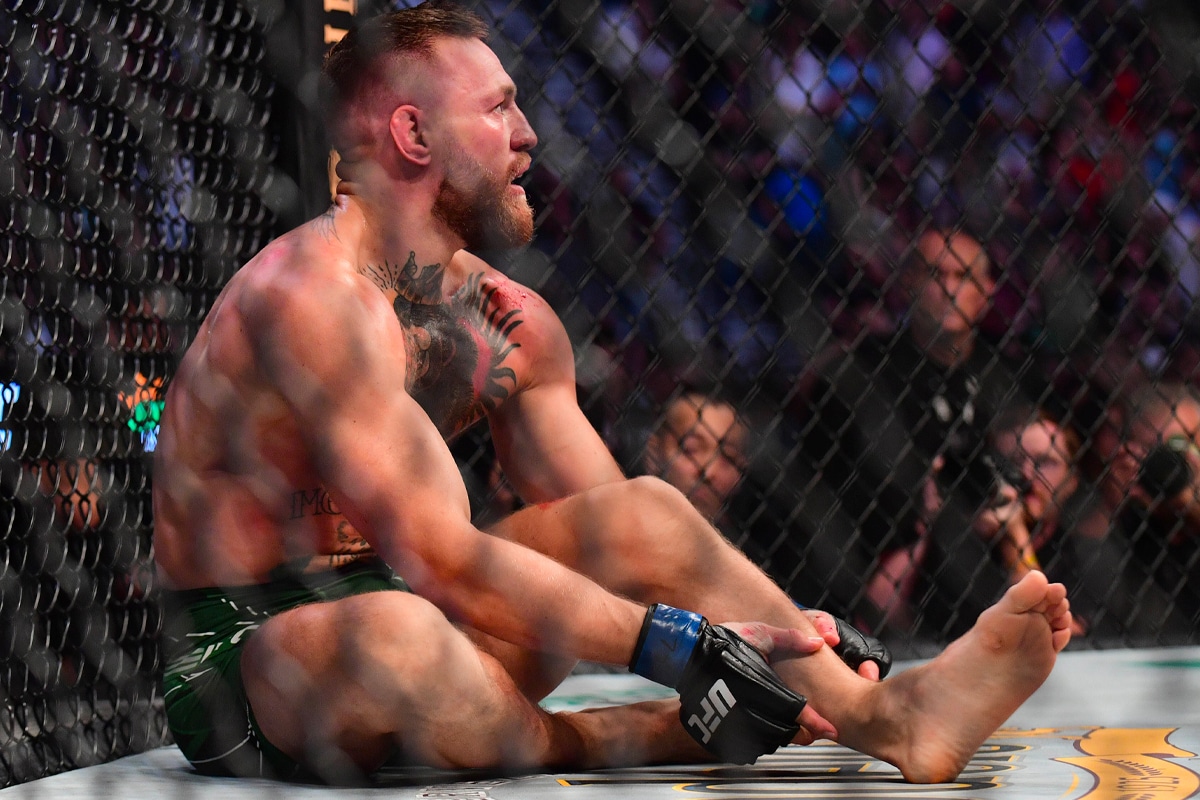 According to reports, McGregor’s lower tibia (shin) had snapped, forcing a doctor’s decision and seeing him carried out of the octagon on a stretcher. But while a tibia fracture is generally a long road to recovery, McGregor’s injury looks far worse than the standard break. Dr Brian Sutterer, the physician known for detailing the severity of celebrity sports injuries weighed into the bout, revealing his thoughts.

Despite McGregor vehemently denying that Poirier’s leg kicks weren’t the cause of his injury, Sutterer suggests the ongoing barrage of lower half shots was a major contributing factor. “You can see Poirier swing his left leg through and make contact exactly on the lateral aspect of McGregor’s lower leg near the outside of the calf,” Sutterer said. “Right away, we can see McGregor have some pain and difficulty putting any weight on that leg, and that just accumulated throughout the fight to ultimately, McGregor’s leg was basically ‘dead’.” 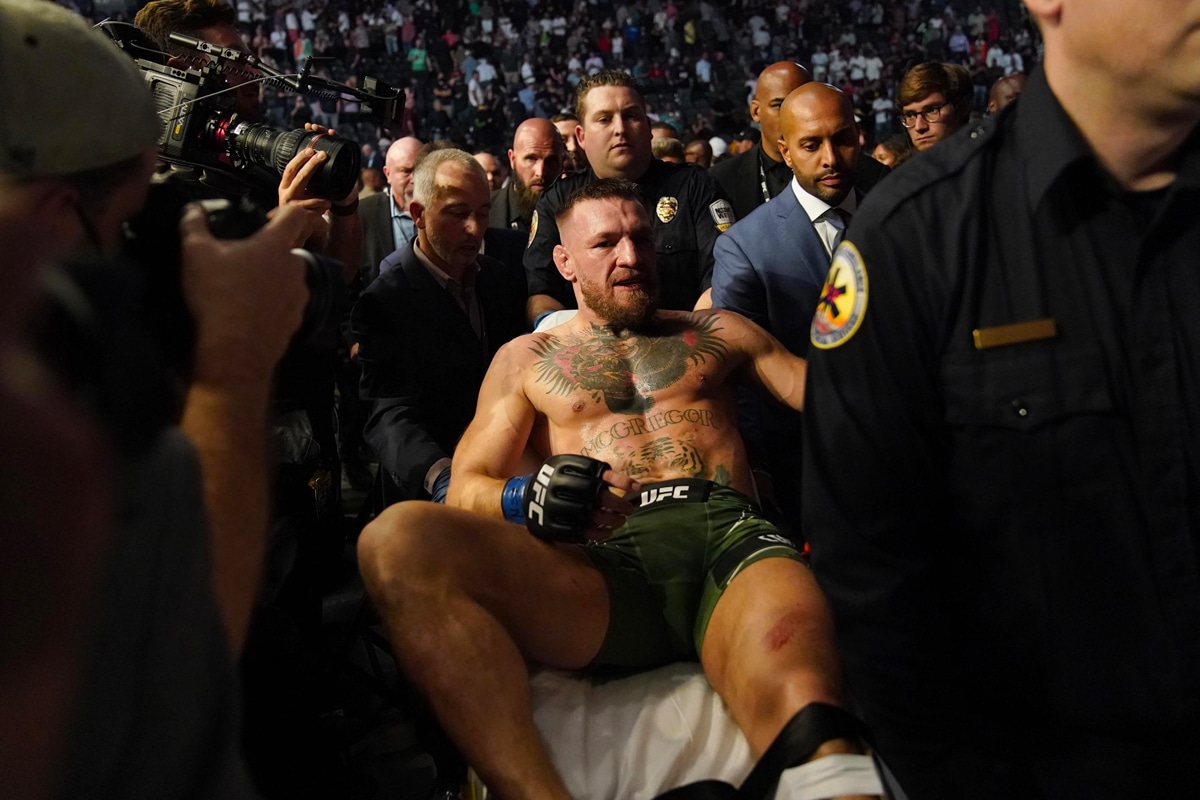 According to the doctor, these kinds of kicks target an area known as the common fibular nerve or common peroneal nerve. This nerve supplies muscle control to the lower leg but also some of the sensation as well. The reason this is such a common spot to target is due to how superficial it is, meaning the nerves are particularly close to the skin. “A lot of other big nerves in our body are located deep beneath skin and deep beneath muscle, so they’re pretty well protected,” Sutterer said. “This nerve, in particular, is really close to the surface and therefore susceptible to getting injured.”

The doctor explained that the final blow was a kick to the outer portion of McGregor’s leg, near the area at the top of the fibula and close to the common peroneal nerve and its branches. “If you hit it with enough impact, you’re going to shut off its signals to the rest of the leg, causing it to feel dead and limiting the muscle control,” Sutterer. So, while McGregor is adamant that it should be a no result, robbing Poirier of the win, initial medical analysis suggests the injury was caused by a number of crafty, well-timed kicks.