To say Dylan Alcott AO has had a stellar 12 months would be to sell a champion short. After securing a landmark gold medal victory at the 2021 Tokyo Paralympic Games, the Aussie legend officially became the only male in any form of tennis to win the ‘Golden Slam’. A feat never-before-rivalled, his success was compounded just months later when Alcott was appointed an Officer of the Order of Australia (AO), but he saved the best for last. In an emotional ceremony that was beamed all across the globe, the 31-year-old sporting star rounded out arguably the most impressive calendar year on record by taking home the title of Australian of the Year. However, despite shattering records and glass ceilings, the laid-back Victorian is still the same old Dylan.

“I still get weird talking about it, but I’m pretty humbled and honoured to be the Australian of the Year. How ridiculous is that?” he tells us. “I haven’t changed at all. In a sense that, the day before, the day after I won Australian of the Year, I was the same Dylan, I didn’t need to win that to be somebody.” 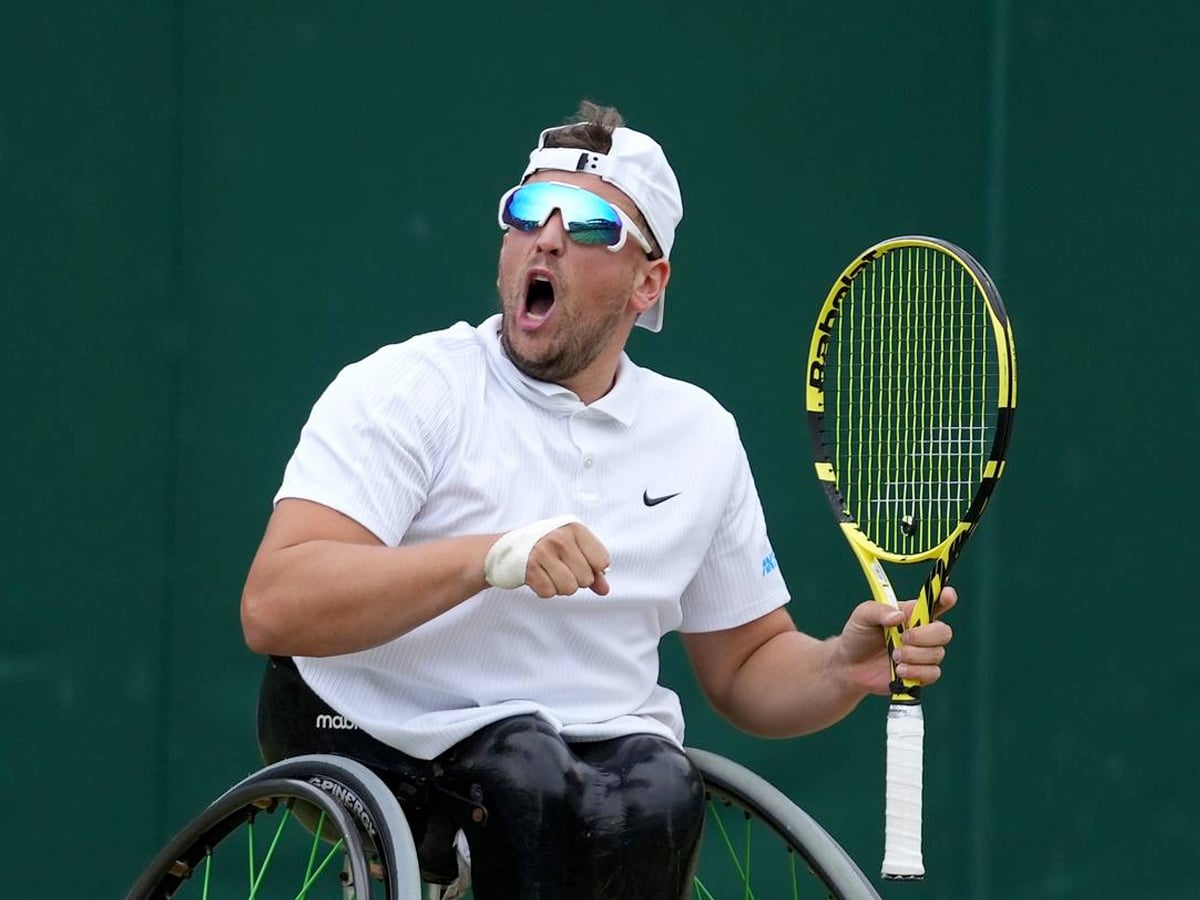 As a speaker, Alcott’s approach is refreshingly honest. His words cut through with consummate ease, driving straight to the heart of his emotional purpose. And while he isn’t exactly eager to call out his own achievements, you can’t help but notice the smile creep across his face when he discusses how the sentiment is changing.

“The biggest change (since winning Australian of the Year) is just the sheer amount of people coming up and showing love,” he says. “I don’t try and get too proud of myself, but I’m just so happy it happened. From schools, corporates, charities, councils everywhere, (I’m) just trying to do the best that I can to advocate for my community and talk about what’s important. And the response has been unbelievable. I’m loving it.”

Seemingly the hardest working man in media, Alcott has been leading a double life for years now. In 2017, he launched the Dylan Alcott Foundation, an organisation designed to help young Australians with a disability achieve their goals in the workplace, on the sporting field or at university, and since then, he has been at the forefront of inclusive practices. In his powerful and eye-opening acceptance speech back in January, the sporting legend revealed that his early experiences with disability representation had left their mark, noting that when he turned on the TV as a kid, he never saw anyone like him. 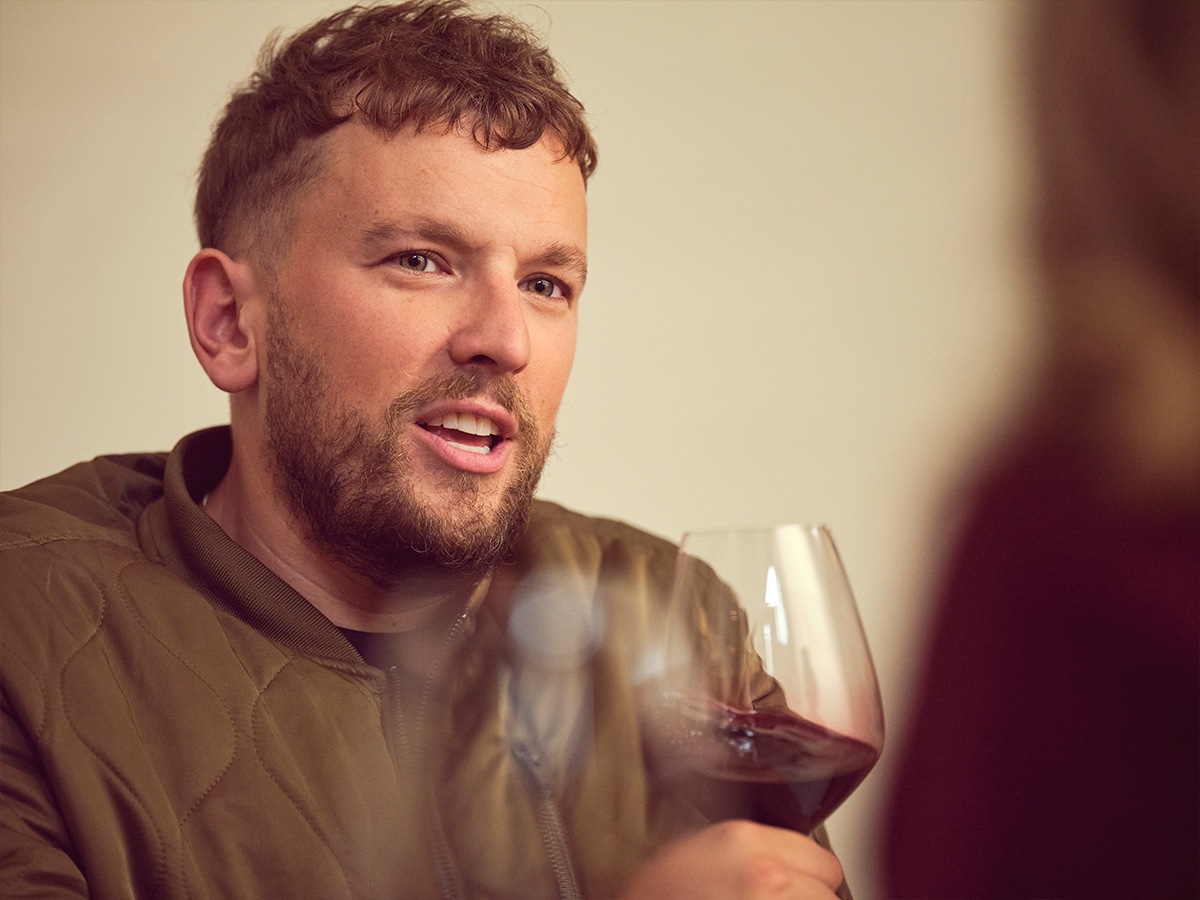 As Alcott explains, those early memories helped to fuel his fire, driving him to steer the conversation around what it means to be Australian. To help him on his journey, the tennis star has teamed up with another Australian icon, winemaker Grant Burge for a new campaign that encourages Aussies to celebrate their ambitions and surge forward with their goals. Fittingly, the new campaign is titled Leave Your Mark.

“I’m so bloody pumped to have partnered with someone like Grant Burge, they’re one of the best wines in Australia, if not around the world and they chose a guy in a wheelchair to be at the front of their brand, that just does not happen,” Alcott says. “It’s special. It really is. It means a lot to me…not only because it’s a bloody awesome wine, but because they’re purpose-driven and they really want people to leave their mark on the community, on their families and be ambitious.”

Far from tokenistic, the Barossa winemaker is putting its money where its mouth is. As part of Grant Burge’s alliance with Dylan Alcott, the famed Aussie winemaker is donating $2 from select wine bottle sales later this year. According to Dylan, the money will go to establishing tertiary education scholarships across the country, eliminating barriers to education and providing future work opportunities for all Australians.

“That was their idea, not ours. They brought that,” he explains. “(This campaign) is about doing whatever you can and looking forward to the future, and just being the best version of yourself. And I know Grant Burge’s always been that as a brand because they are authentic. They’ve been around for five generations in the Barossa and they’re always just trying to give back to community. They care about it, so it was a perfect fit.” 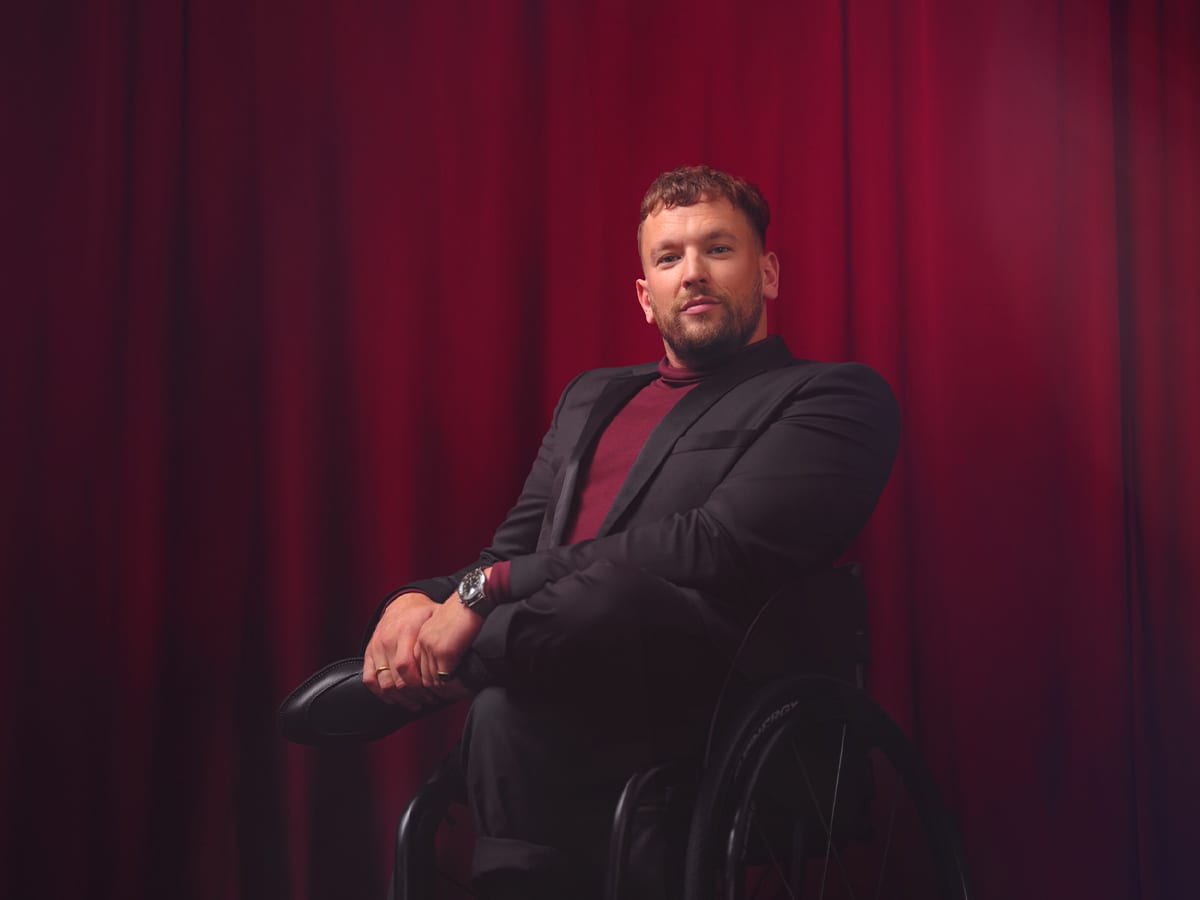 Remarkably, the drive to succeed remains as strong as ever for Alcott, despite retiring from sport earlier this year. In fact, looking at the amount of work the reigning Australian of the Year has done off the court, it’s hard to see where he found the time to play in the first place. Where other athletes have struggled to find a sense of purpose post-playing career, Alcott is only just beginning the next chapter of his incredible story.

“I’m the opposite. I retired because of my purpose,” he says. “My purpose is to change perception so people with disability can get out and live the lives they deserve to live. I’ll ask you, do you think I need to play tennis anymore to live that purpose?”

“I watched the French Open, Roland-Garros, and not 1 per cent of me wanted to play. That is such a good feeling. I don’t want people to feel sad that I’m retired.” 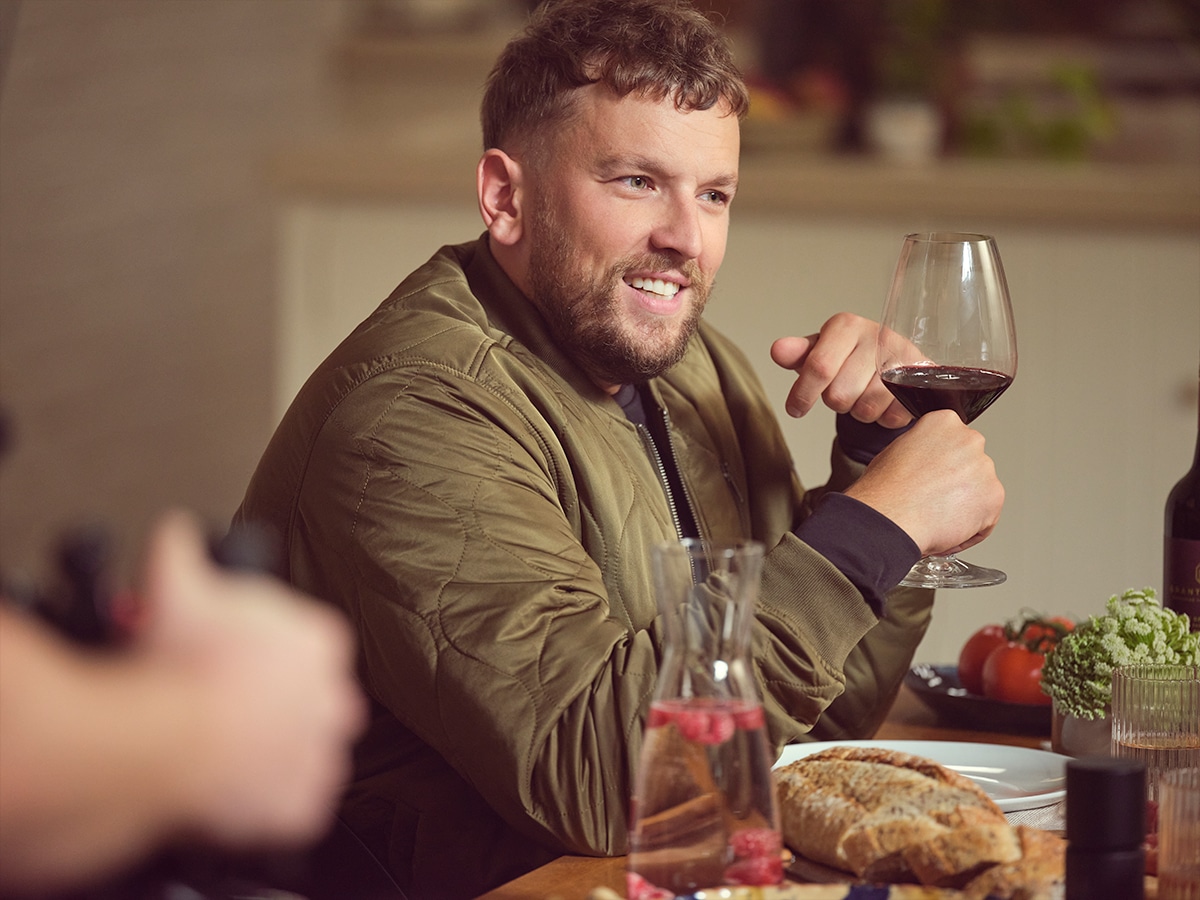 Where most people tend to slow down when they retire, Alcott is surging forward. Alongside a host of acting, speaking and foundation work, the tennis dynamo has found the time to launch a consulting firm dedicated to educating governments and corporates on disability, hiring 50 consultants, all of which have a disability. Whether he chooses to admit it or not, Alcott is building a lasting legacy and paving the way for a new generation of incredible leaders.

“I don’t go out there to be a role model. I don’t go out and be an advocate. I go out and be myself. To be Dylan. And if I become a role model and leave my mark because of it, that’s awesome,” he says. “It took me 28 years to fully feel worthy of love and appreciation and all my disability. You might think that I had it years ago, but I didn’t. And it takes time and effort, but being authentically yourself and being proud of who you are and what you represent is so important. It stems from authenticity and vulnerability and I’m just so bloody lucky that everyone has, for some reason, got behind my journey.”

While it might be a mystery to Dylan, there’s no secret to why he’s captured the nation’s attention. Beneath the jovial attitude and sporting accolades, there’s just something about Dylan Alcott that you can’t help but love. A born fighter with a self-confessed ‘get shit done’ philosophy, the 2022 Australian of the Year is the kind of role model every young Aussie needs, regardless of whether they have a disability or not. He’s transcended his sport, broken new ground for inclusive representation and left his mark on the world. He’s an inspiration in every sense of the word, but above all else, he’s just a top bloke.

“It’s not lost on me how lucky I am,” he says. “We just need greater representation absolutely everywhere across all industries, changing that perception. And if I can play a small role in that, mate, well then I think I’ve done my job.”

Cheers to that, legend.

For more information on the latest Grant Burge Leave Your Mark campaign and the winemaker’s work with Dylan Alcott AO, visit the link below. 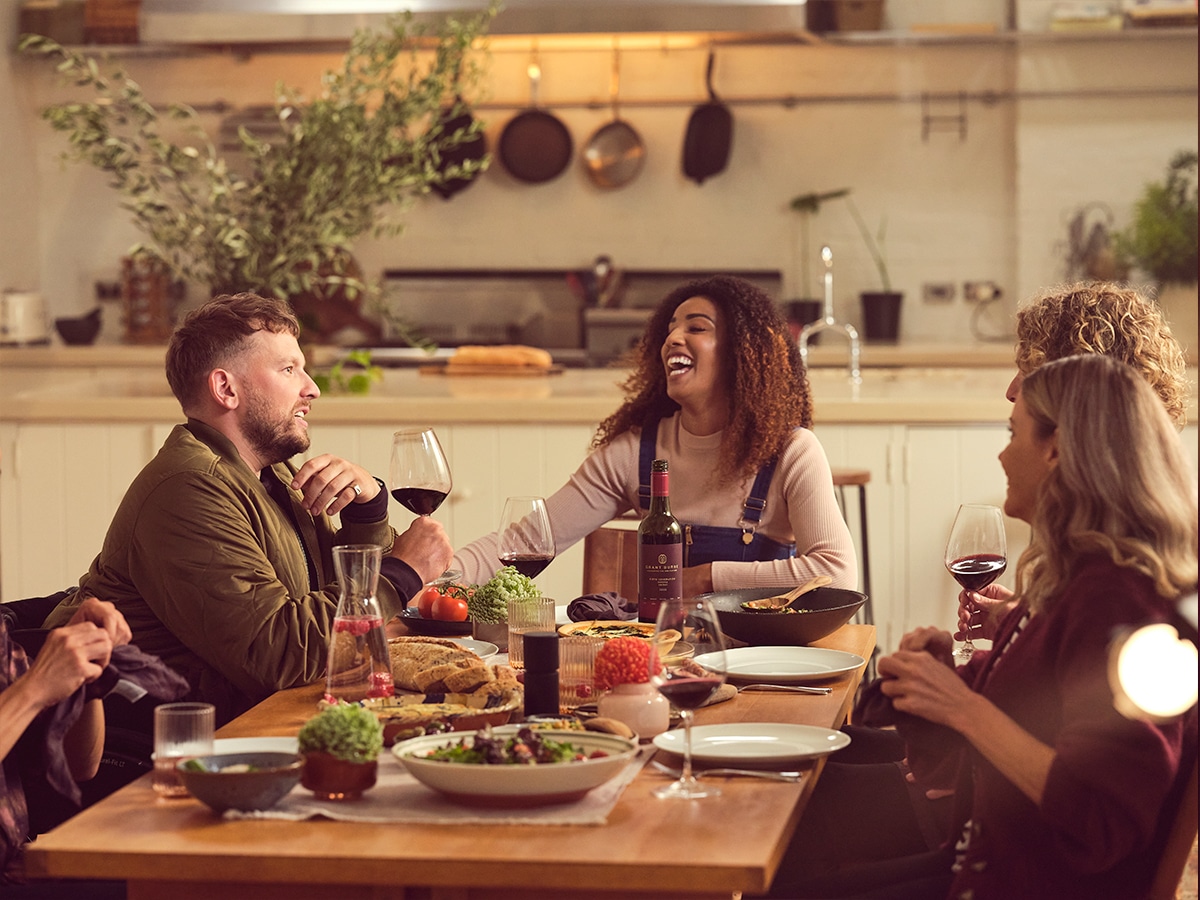 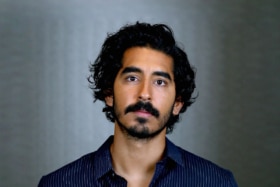