If you, like us, have spent the last two weeks glued to your TV watching the world’s best athletes battle it out in sports we had forgotten existed, chances are you identified a common theme. Namely, we need to start doing more gymnastics. Take one look at the gymnastic field and you’ll notice just how jacked Olympic athletes can get. The combination of core strength, upper body training and hyper-mobility make the acrobatic athletes just about the perfect human beings, but they have some stiff competition. Across the board, you find the Olympic Games are a smorgasbord of shredded bodies. Whether it is the taut shoulders and rippling triceps of the rowing team or the bevy of quad-zillas that dominate the velodrome, Toyko can lay claim to having the most ripped Olympians we’ve seen at a games in years. Carved from the finest stone and squeezed into lycra, the fittest Olympians at Toyko are a painful reminder of just how inadequate we really are.

You’ll also like:
10 Wild Sports That Would Instantly Make the Olympics Better
50+ Olympic Memes That Are Pure Gold
9 Highest-Paid Olympic Athletes at Tokyo 2021 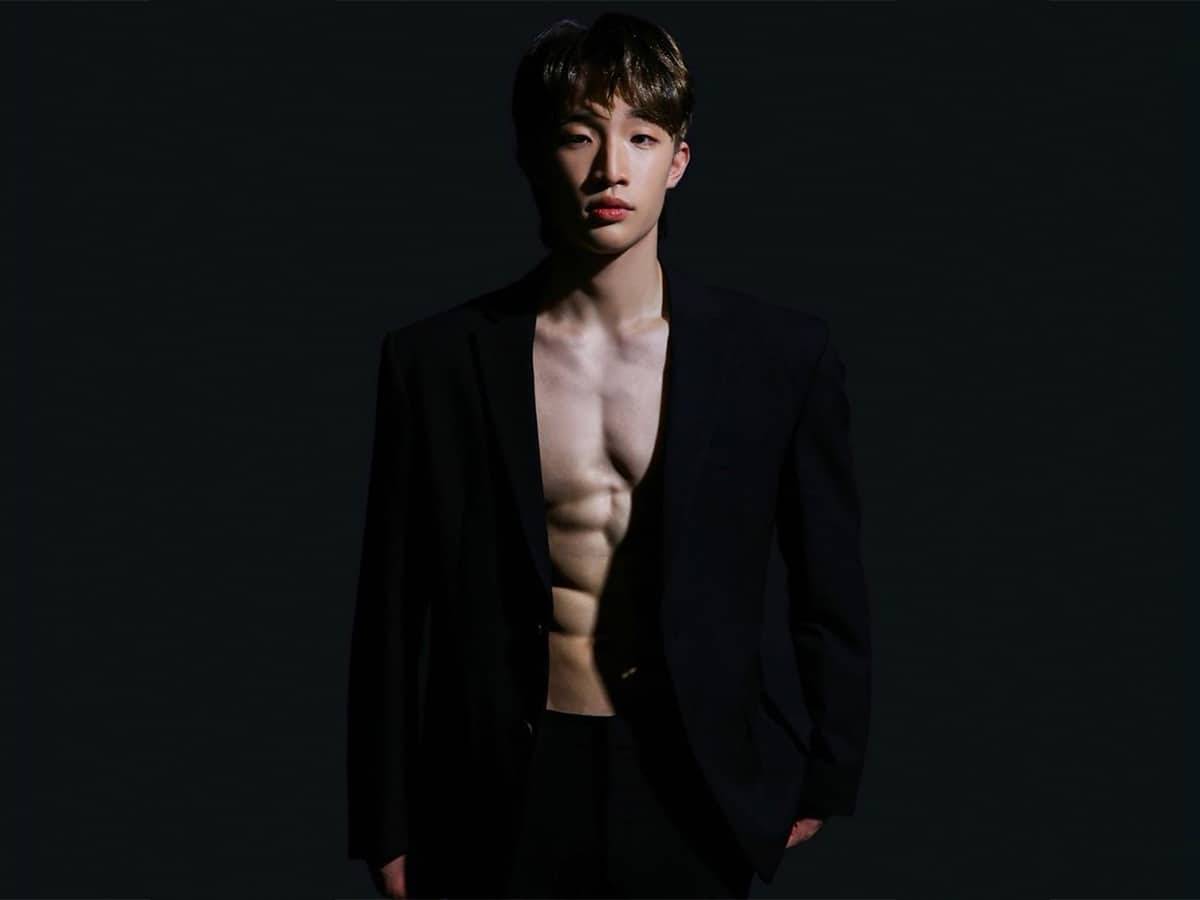 Most Jacked Olympians at Tokyo 2020

Keeping a close eye on the competition, we’ve approached our coverage of the Tokyo 2020 Olympics through a fitness lens. Noting down the most ripped Olympians in each category, we’ve compiled a list of athletes who prove training does pay off. Unsurprising, disciplines like gymnastics and swimming feature prominently, due to the traditional resistance training and condition requirements of the sport. Naturally, few long-distance runners made the list, however, if we were judging things based on body fat, you’d be hard-pressed to find a leaner category.

From a physiological perspective, it should come as no surprise. Sports where explosive speed and strength are necessary generally require more lean muscle for optimum performance. Sprinting, for example, is a short, explosive movement that breaks muscle fibres without burning too many calories. As a result, power is key and lower-leg strength is critical to immediate acceleration.

With that in mind, we pulled together a list of the most jacked, shredded and fittest Olympians at Tokyo 2020. While some of them failed to walk away with the gold or even a mention in nightly round-up, it certainly wasn’t for lack of effort in the gym. Here is a list of the most ripped Olympians you may or may not have seen before.

Unsurprisingly, Caeleb Dressel leads the charge when it comes to the most jacked Olympians in Tokyo. The swimming superstar is just about as shredded as it gets, which is all the more infuriating when you realise he’s actually great at his sport and a seemingly nice person. Truly, the kind of guy you hate to love.

Kim Ji Wook might be the most aesthetic person in Tokyo. The Korean diver has movie-star looks, legions of fans and an immense amount of talent. Honestly, not sure why this guy isn’t everywhere at the Olympics.

Have a go at the pythons on this unit. Greek gymnast Arthur Zanetti can probably stake his claim for having the biggest biceps at the Olympics. The two-time Olympic medalist is a fan favourite both among gymnastic circles and here at Man of Many. An avid watch collector, Zanetti knows a thing a two about style.

American track and field athlete Valarie Allman is an absolute weapon. Tall, strong and fiercely competitive, the Gold Medal Winner is a force to be reckoned with on the track. Needless to say, she cuts an imposing figure.

This guy is enormous. Weighing in at 118kg, Gable Steveson isn’t exactly the leanest Olympian out there, but he may be one of the most powerful. Apparently, this absolute unit of a human being is only 21-years-old, which we simply refuse to believe.

The big gun with big guns, Sam Mikulak is one of the USA’s best weapons in the gymnastics arena. The 28-year-old has been a star of the sport for years, but 2021 will be the last time you get to marvel at this dude’s ridiculous physique. Earlier this year, Mikulak announced that Tokyo would be his last Olympics.

He’s probably come out of Tokyo better known for his knitting, but Tom Daley has definitely put the work in at the gym. The British diver is one of the fittest Olympians in Tokyo and a true icon of the sport.

While Kenya is best known for dominating long-distance events, Ferdinand Omanyala Omurwa is tackling the sprint circuit, and he’s got the physique to do it. Lean and jacked, this Olympian really took it to the Gold Medal winner.

Sadly, Adegoke suffered a torn hamstring in the 100m finals, where he was expected to place, but that hasn’t quashed our love for the Nigerian sprinter. With arms like cannons and quads to match, the 5 ft 7 speedster is built like a ball of muscle.

There must be something in the water in Spain. Nestor Abad is another athlete to come out of the European country with a superhuman physique. The 28-year-old gymnast trains six times a week to keep in shape and prepare for his event.

Long and lanky, Mitch Larkin isn’t exactly jacked, but he’s lean as hell. The 28-year-old with the John Lennon glasses picked up a silver in Rio and a boatload of fans as well.

Hana Basic is one of the most shredded human beings on earth. The Aussie sprinter’s dedication to fitness and performance is unshakable, as is her commitment to the country. Born in Australia to Bosnian parents, Hana was firm in her position to run for Australia, and we’re all the more thankful for it.

Aussie lad Tyson Bull might not be the biggest athlete on the bill, but he scores points for being insanely shredded. The Melbourne gymnast initially started gymnastics “to get good foundation skills for other sports”. It’s turned out pretty well for him.

The only entry on the list to come out of The Netherlands, Bart Deurloo is a massive unit. Back in 2016, he became the first male Dutch artistic gymnast to reach the individual all-around final at the Olympic Games.

This dude looks like a model. Nearly zero per cent bodyfat and chiselled features, we’re not sure how Lee Junho doesn’t make up a good 80 per cent of Korea’s screen time.

Lisa Carrington, better known a Lis, is a rowing icon. With shoulders that would make Dwayne Johnson jealous, the Kiwi has been tearing up the canoe sprint scene for over a decade.

Russian gymnast Nikita Nagornyy is like uber-famous in his home country. Earlier this year, the 24-year-old was named the Ministry of Sports of Russia’s 2020 Athlete of the Year.

Aussies know Semi well. After years dominating the NRL, the big Fijian made the step into the world of Rugby Sevens and hasn’t looked back since. Ultra-shredded, the try-scoring machine isn’t just strong, he’s ‘farm-strong’. “As soon as you can hold a knife, you go straight to the farm,” Radradra told the Daily Mail. “After school, my dad would say, ‘Make sure you plant 20 cabbages or 20 taro before you go to rugby’.”

Another gymnast to make the list, Eleftherios Petrounias has the kind of body you’d find on a CrossFit Games podium. Specialising in the Olympic Rings, Petrounias has incredible core strength, and it shows. Don’t believe us? His nickname is literally ‘Lord of the Rings’.

Javelin definitely isn’t the sport you think of when you list out the fittest Olympians, but Spanish star Odei Jainaga is helping to change that. The 23-year-old recently posted a series of pics in the lead-up to the event, which undoubtedly scored him a bunch of new fans. Not sure about the oil, but you can’t deny his physique is impressive.

While not the biggest athlete on this list, Rai Benjamin can lay claim to being one of the most shredded Olympians in Tokyo. Weighing 77kgs and standing 1.91m tall, the 400m runner has practically no body fat.

Like Pharlap and Russell Crowe, New Zealand-born Josh Turner is now firmly Australian. The rugby sevens star was a qualified personal trainer before he began playing rugby full-time, and it shows. The dude is straight-up jacked.

Aussie competitor Daniel Watkins is known for two things – canoe slalom and forearms. The Tassie boy has grip strength for days, and perhaps more impressively, he’s all about the van- life. “For the last five years, I have been living in my van for a few months each year,” he said in the lead up to the Olympics. “It keeps me connected to why I took up the sport to begin with – getting into the wilderness, getting out on rivers and enjoying time with friends and family.”

Diver and MBE holder Jack Laugher has represented Great Britain at the Olympics since 2016. He originally planned to retire before the 2020 Games due to injury, but the postponement saw him change his mind. “I was really looking forward to being able to compete at the Olympics and then take a good amount of time off, let myself rest and my body regenerate itself really. Now I guess what’s going to happen is we’ll be competing in 2021 then I’ll take a little break and then compete at 2022 at the Commonwealth Games.” Consider he is shredded AF, we don’t see why not.

Brazilian sprint canoeist Isaquias Queiroz dos Santos is the only Brazilian athlete to ever win three medals in a single edition of the Olympic Games. He’s also got rear delts that have been carved out of stone.

You’ll also like:
10 Wild Sports That Would Instantly Make the Olympics Better
50+ Olympic Memes That Are Pure Gold
9 Highest-Paid Olympic Athletes at Tokyo 2021

Which country won the Tokyo Olympics?

At the time of writing, China is currently leading the overall medal tally, closely followed by the United States of America and host nation Japan.

Who is the most successful Olympian of all time?

Michael Phelps is the most successful Olympian of all time, with 23 gold medals, plus three silver and two bronze across four Olympic Games from Athens 2004 to Rio 2016. 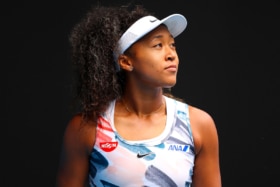