Matt Damon must have seen my article about There’s Now an Official Reason to Grow a Hectic Mullet because the man behind Jason Bourne, The Departed and the comedy goodness of The Martian (you’ll never live that one down Golden Globes) has just shocked the world by donning the most iconic Australian haircut as was discovered by DMARGE. Embracing the spirit of the great Aussie larrikin, while he might be a bit late for The Black Dog Institute’s initiative, it’s a welcome addition to the list of legends with a mullet.

You’ll Also Like:
There’s Now an Official Reason to Grow a Hectic Mullet
Mullets Are Making a Comeback, According to Hairstylists
Best Fade Haircuts For Men: A Complete Guide 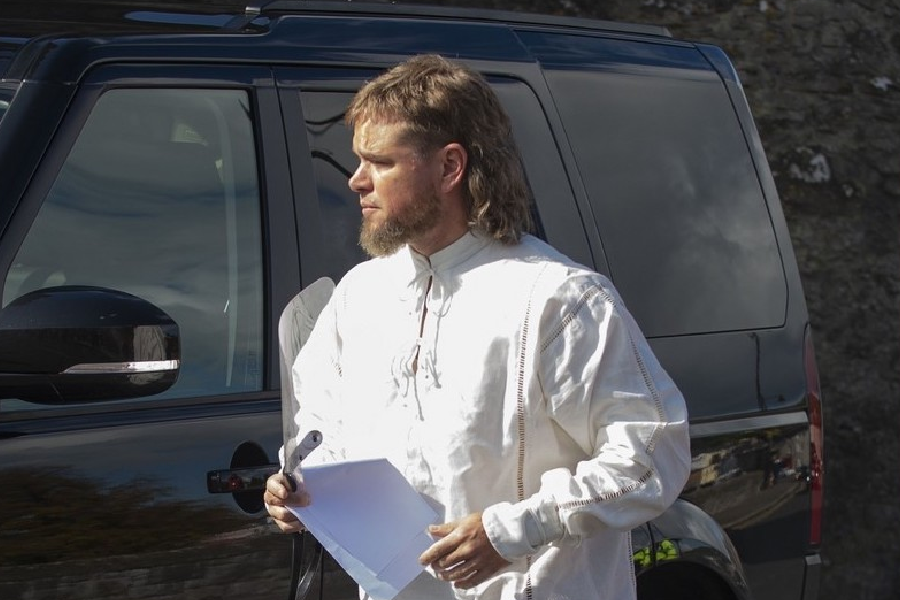 Having just celebrated his 50th birthday, Matt is looking pretty good for living half-century on planet earth. Whether or not he can reach Elysium or not is irrelevant, because with such a glorious hair cut, the man has already reached the paradise to which heroes on whom the gods conferred immortality were sent.

It’s not the first time the Saving Private Ryan actor has been seen in the glorious mullet. In 2016 he crashed long time enemy Jimmy Kimmel’s blackjack game to hilarious results. Having already proved that the nose plays in Ocean’s Thirteen, Matt Damon is going to demonstrate once and for all, that with a bit of Good Will Hunting, The Talented Mr. Ripley will prove without a shadow of a doubt that Mount Druitt’s favourite hairstyle is just as incredible as his cameo in Euro Trip. And trust me, Scotty still doesn’t know.

Snapped on the set of his latest project, the period flick called The Last Duel, Damon adds a scraggly beard to Ridley Scott’s film to really nail the look and feel of the mullet. While it’s not quite set in Australia, he better get it posted to Instagram via the #MagnificentMullets hashtag and score a free 4-pack of Jean-Strawb Van Damme from Which Side Should Men Comb & Part Their Hair?.

Anyway, here is the usual dump of social media responses to this sexy or shocking new look.

Matt Damon looks like he’s been to every Saw Doctors gig since 1991 pic.twitter.com/bJZyJSzSGo

Ridley scott really wants me to believe that adam driver is the bad guy while having matt damon play the good guy with a mullet who deserves the girl. Well no!!!

You’ll Also Like:
There’s Now an Official Reason to Grow a Hectic Mullet
Mullets Are Making a Comeback, According to Hairstylists
30+ Best Barbers in Sydney: A Complete Guide

Is the mullet Australian?

While the style may have been adopted from America, the mullet is now undeniably australian. The mullet has been popular with the bogan subculture but has now become the norm for many Australian men.

What is a mullet?