Typically, the case of a watch hides away all of its internal workings. That’s for obvious reasons—you need a solid material that can hold up to the beating of being worn on a person’s wrist. MB&F, however, have decided to put everything on display in its Horological Machine No. 9 with a case made entirely of sapphire crystal. The result is a piece that proudly displays the hero of the show—the internal movement.

You’ll also like:
10 Best America’s Cup Watches in History
Breitling Top Time Deus Limited Edition is an Ode to Adventure in All Forms
These Nordgreen Scandinavian Watches from a Bang & Olufsen Designer are Minimal in Style and Price Alike 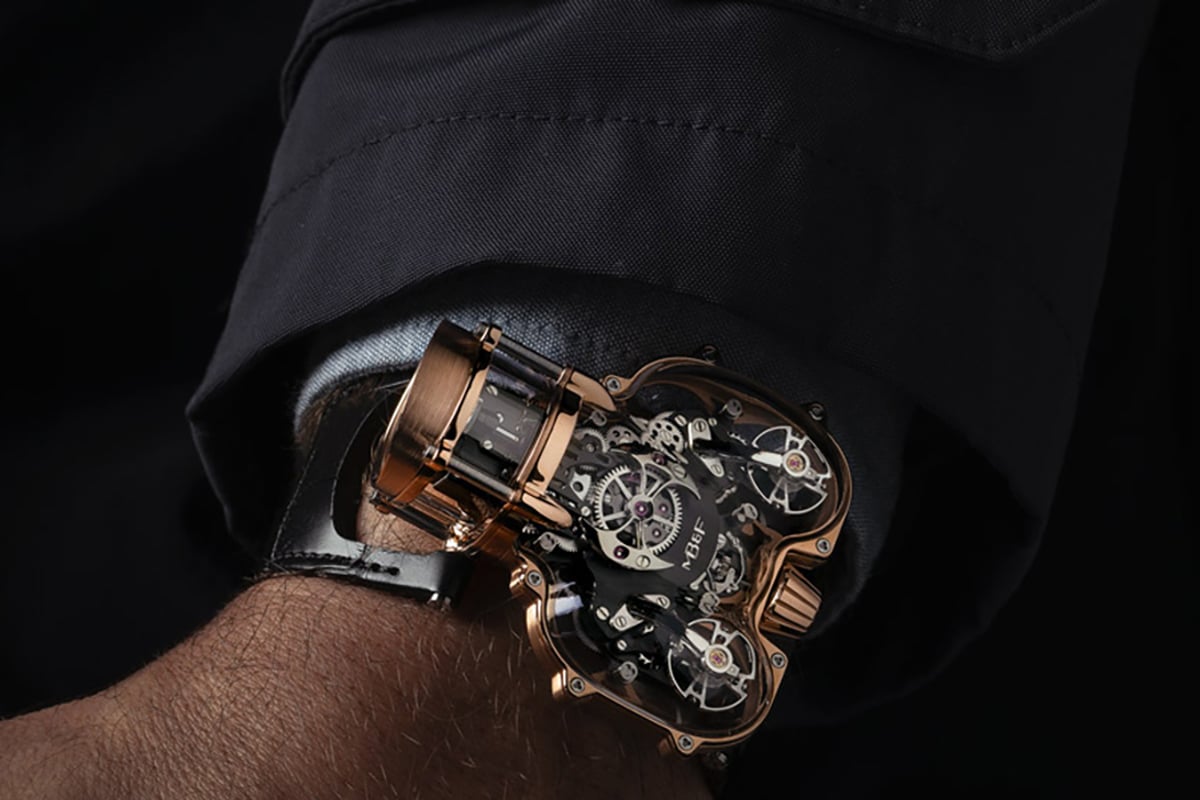 The form of the HM9 timepiece is a unique work of art, and on its own could serve as the center of attention, but Maximilian Busser, the founder of the Swiss watchmaking company, insisted that the movement is what should be highlighted. That required making a form that is composed of three sections that are then meticulously fitted together.

A metal framework of either red or white gold holds each piece in place. Along with that framework is a three-dimensional rubber gasket that helps to provide 30-metre water resistance. And don’t fret about that sapphire crystal—it has exceptional hardness and is highly scratch and shatter resistance (though for the $440,000 price tag, you may want to take extra precautions just in case). 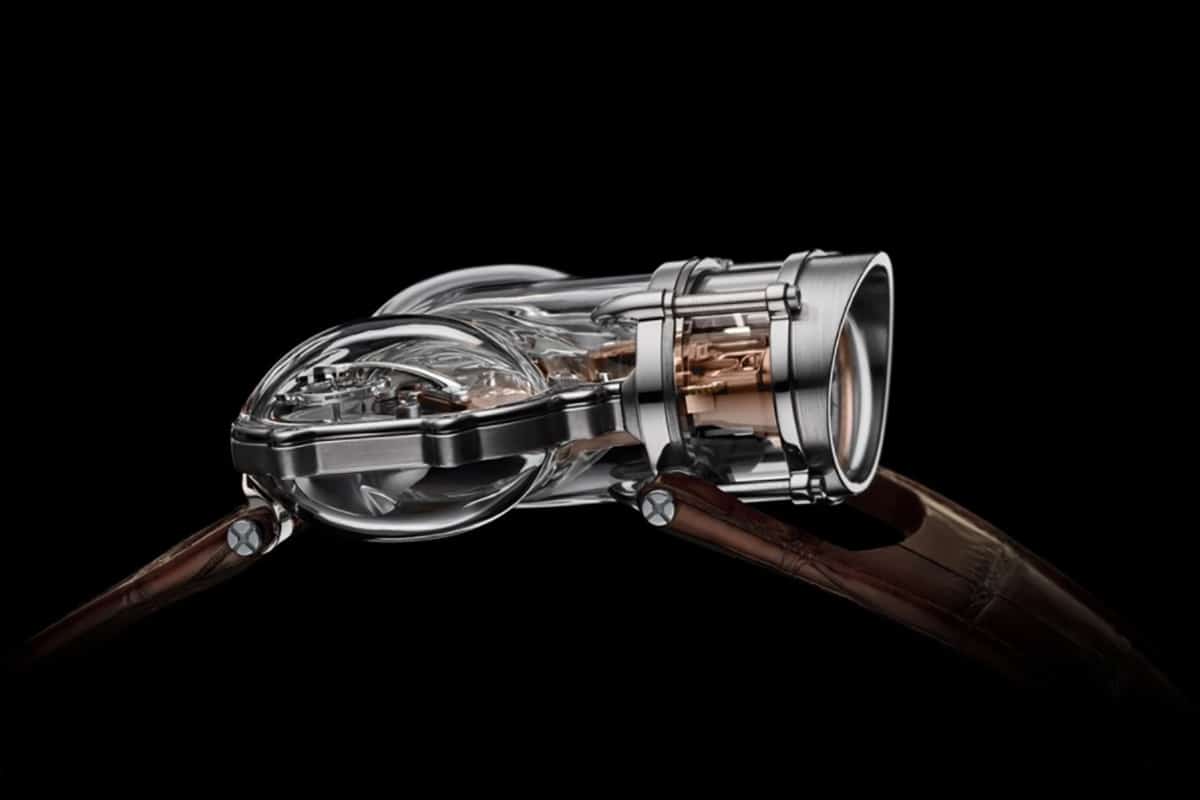 Housed inside of the sapphire is a movement based on MB&F’s LM2. This new version, however, has two balances, one in each of the side pods. These two balances combine to provide an averaged reading, making the watch even more accurate. The movement is manually wound and has 45 hours of power reserve.

The HM9 comes in four different colorways—two with 18K red gold with either a NAC-coated black or PVD-coated blue engine, and two with 18K white gold with either a PVD-coated purple or red gold engine. MB&F will only be producing five examples of each option, for a total of just 20 pieces. If you would like to be one of those few to own the HM9, you can find it at select MB&F retail partners or on their website. 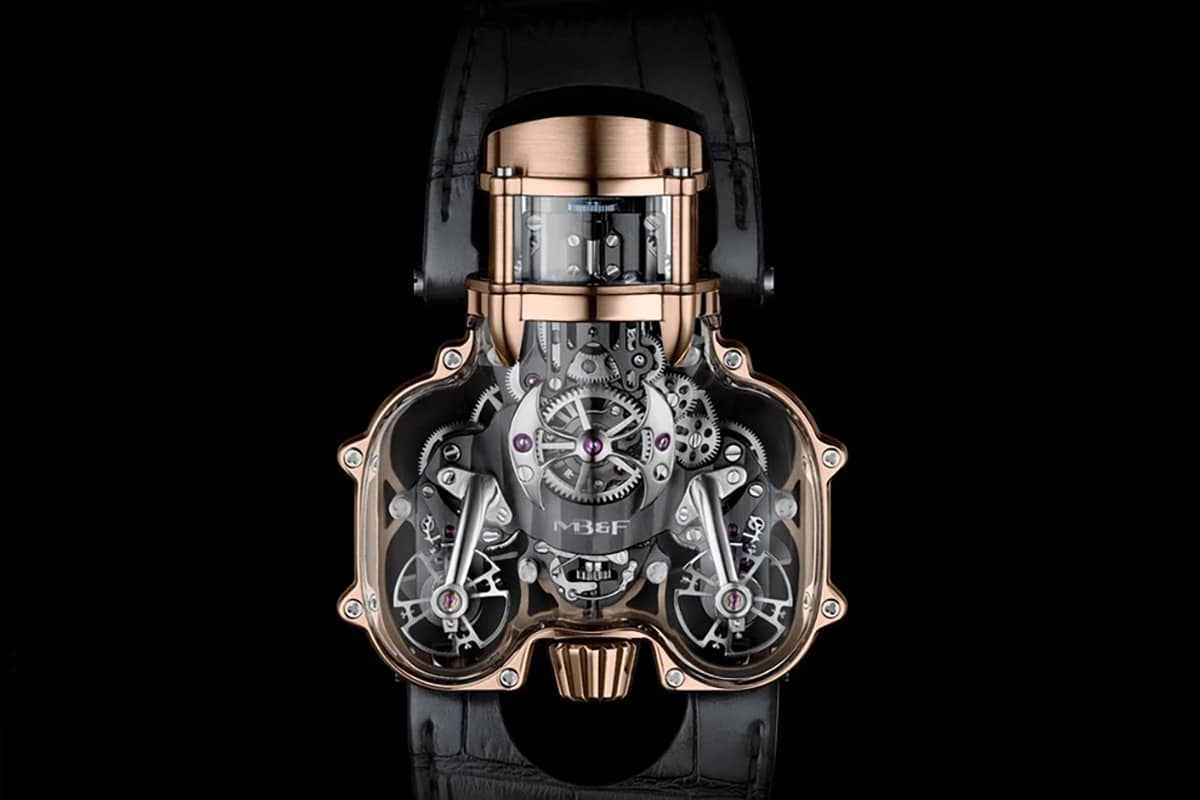 You’ll also like:
$1 Million Greubel Forsey Hand Made 1 Sells in Sydney
Breitling Top Time Deus Limited Edition is an Ode to Adventure in All Forms
INTERVIEW: H. Moser CEO Bertrand Meylan on Going Against the Grain 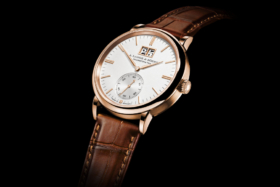 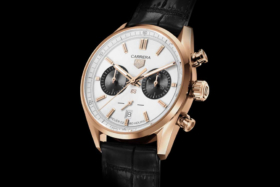 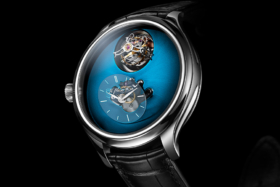 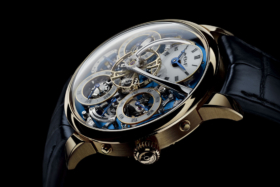 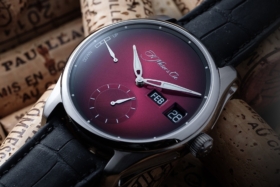