H. Moser may be a small company, but for a brand that produces a minute amount of watches–this year’s production number is around 1,500, their largest to date–, they tactically make a lot of noise. From their annual novelty offerings at SIHH which have become one of the highlights of the conference, to their hilarious ad campaigns, not to mention their tireless campaigning for a more united watchmaking industry, H. Moser & Cie is a company that consistently punches well above its weight.

And they’ve made this impression in a very short space of time–while the company may have been founded in 1828, it was its acquisition by brothers Bertrand and Edouard Meylan, with their father, in 2012, that saw the ship steered in a new direction. The luxury watch industry has enjoyed much success in the post-GFC economy, and people are dropping coin on nice timepieces again. 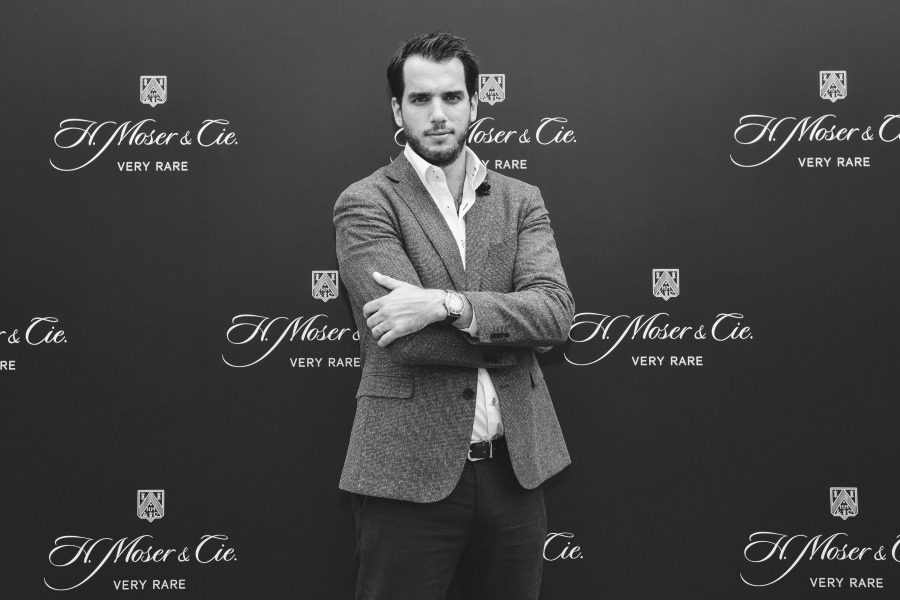 But where other brands have, almost wistfully, relied on their heritage and history to sell their story (and their expensive wares), H. Moser & Cie turns its nose up to tradition, at least when it comes to communicating its narrative.

“It’s too much bullshit after a while,” says Bertrand Meylan, cooly, lounged in a sofa upstairs at Oscar Hunt’s Sydney tailoring studio. “We are coming from a model that existed from before because of, basically, romanticism.”

Moser’s advertising videos are famous for their modernity and irreverence. A whole series, recently, deliberately took aim at the tired and repetitive tropes that are used (and reused) by other watch companies ad nauseam to flog watches. H. Moser & Cie’s, on the other hand, construct a story designed to invoke laughter over sentimentality–a bold approach for a company whose watches start at five figures. Meylan, however, knows that the story is just as important as the quality when trying to get people to buy a beautiful watch.

“If the story goes well with the product, you have a winner, and the product will sell.”

Irreverence, however, has spectacularly backfired for the brand in the past. Their now infamous “Swiss Icons Watch”, which was to be exhibited at SIHH last year, missed its mark, though it was intended as a genuine homage to what the Meylan family believes is a fantastic industry, and an earnest attempt to raise awareness for their desire to bring more meaning back to the term “Swiss Made”.

While it caused an appropriate stir at its announcement, another player (or perhaps multiple players) took issue with its cheekiness, and the brand withdrew the timepiece, as well as their intention to auction it for charity.

“The message we wanted to make people understand or present was misunderstood, but our fault,” Meylan happily admits. 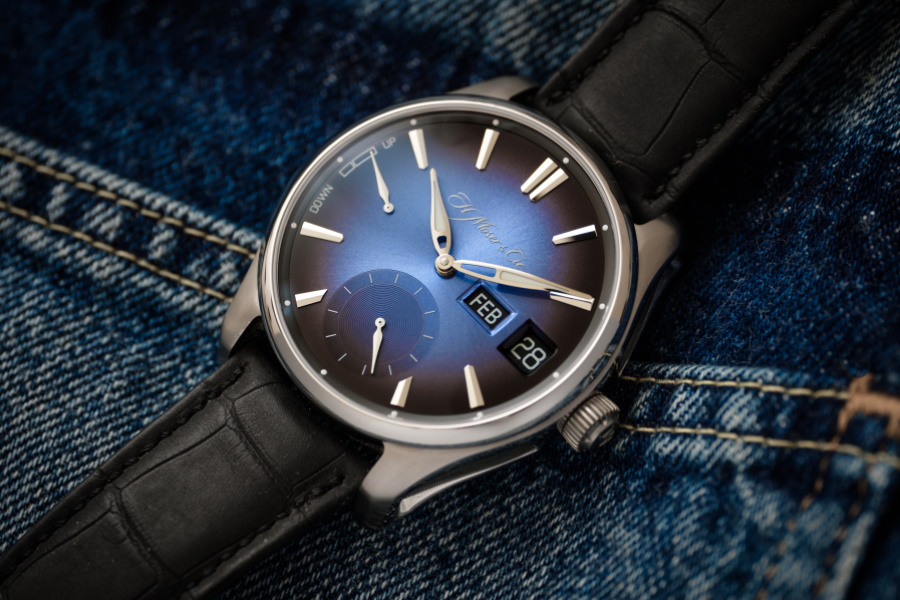 “We’re a small company. We don’t have hundreds of people going through what we’re going to do. The day before a launch like this, maybe three or four have seen and know what’s going on. So, sometimes we don’t have enough vision from outside to say, “Okay, maybe we should have changed that.” There are a few things … I would have changed that I think would have made it go smoothly.

A previous tongue-in-cheek approach that saw the company make waves was in 2016, when their “Swiss Alps Watch Zzzz” took aim at the newly-launched Apple Watch. At the time, some were pondering just how much of an impact smartwatches would have on the luxury watch industry.

“A lot of the questions when we were meeting journalists were like, “Oh, do you think Swiss mechanical watches still have a future?” In our mind, like, of course! You’re not speaking about the same subject! 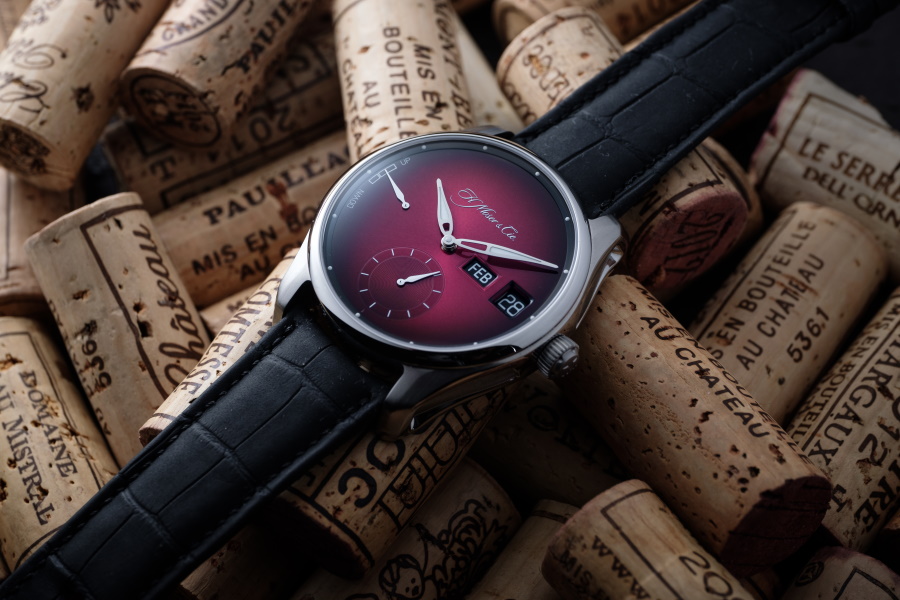 And as to their impact in the marketplace?

One of Meylan’s most fervent missions is to reclaim the term “Swiss Made” in the literal sense. Under current regulations, a watch need only be 60 per cent Swiss-produced to bear the label “Swiss Made”. And while Meylan admits that most manufacturers are producing timepieces that comprise far more than this legally-required percentage, he has taken the label off his own watches until the industry steps up and tightens its parameters in order to sustain its proud heritage and values.

“Because it’s so easy to make it abroad with a 60 per cent value. And if you look at the rules by far not strict enough. We were fighting a lot for 80 per cent. It’s fair–80 per cent of the value.

“Especially knowing the salaries are so high.” 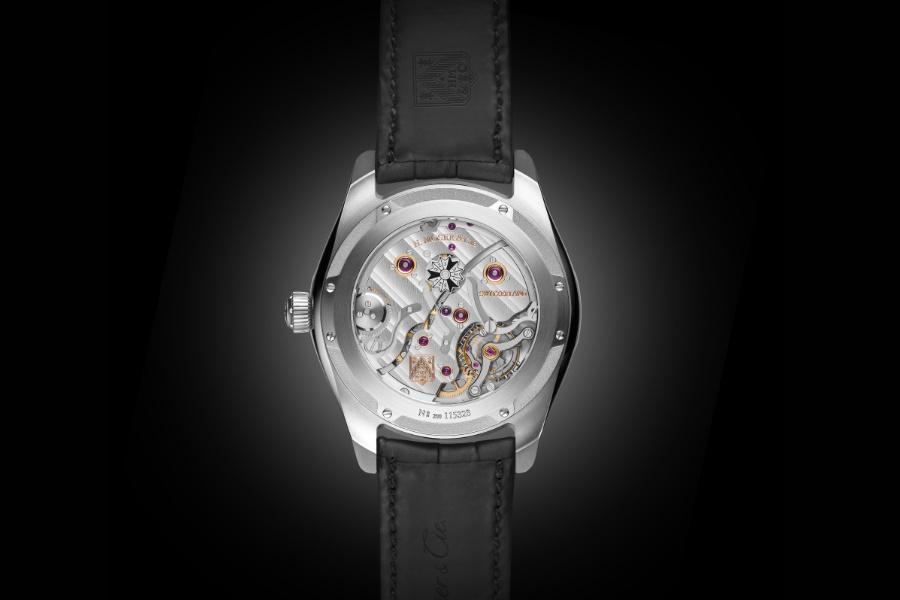 The Meylan family’s other mission is to bring sustainability and environmental responsibility to the fore in their industry. This year’s SIHH “novelty” offering saw the brand put its money where its mouth is in terms of a commitment to going green: a watch that can literally sustain plant-life.

Teeming with Swiss natives grown in the manufacturer’s very own garden, including succulents, moss, mini Echeveria, cress, spiderwort and onion sets,  it also featured a dial in natural mineral stone, lichen from the Swiss Alps, and a strap made from grass. Its purpose was to announce Moser’s commitment to environmental responsibility, and included promises to fulfil the certification conditions of the Responsible Jewellery Council, to use Fair Trade materials as often as possible, and to guarantee a zero carbon footprint in manufacturing by 2020.

“We have already achieved that”, he matter-of-factly says.

“We realised within the company, the majority of employees are under 43, 44. We are quite a young generation with, and we really realised internally that everybody, is attached to make things better; not only create a great watch company, they love the brand, they want to promote the brand, but at the same time, they feel that the company they work for needs to have an approach towards a society and towards getting to be a better company.

“And we didn’t change the price of the end product as of today, but it costs us more money to source ethical gold because it goes through different channels.”

With youthful energy both at the helm of and running through the lifeblood of its people at every level of the organisation, H. Moser & Cie is an old company that proves heritage doesn’t have to be stuffy; tradition need not be pretentious, and a subversion of the norms doesn’t necessarily mean a rejection of all that is great about what is arguably Switzerland’s greatest export. 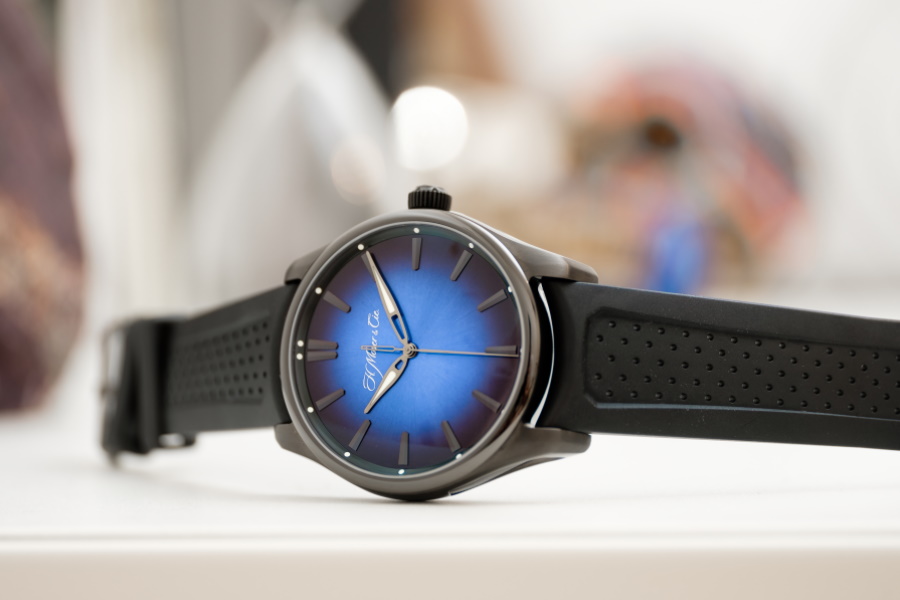