Australia’s most celebrated wine-maker is going digital with the announcement that Penfolds is teaming up with non-fungible token (NFT) marketplace BlockBar for an innovative new project. The partnership will see a limited edition NFT tied to the impossibly rare Penfolds Magill Cellar 3 barrel made from vintage 2021. According to the iconic Australian brand, only 300 will be made available, for the cool sum of USD$130,000 (AUD$180,00). Now, that’s a fair drop. 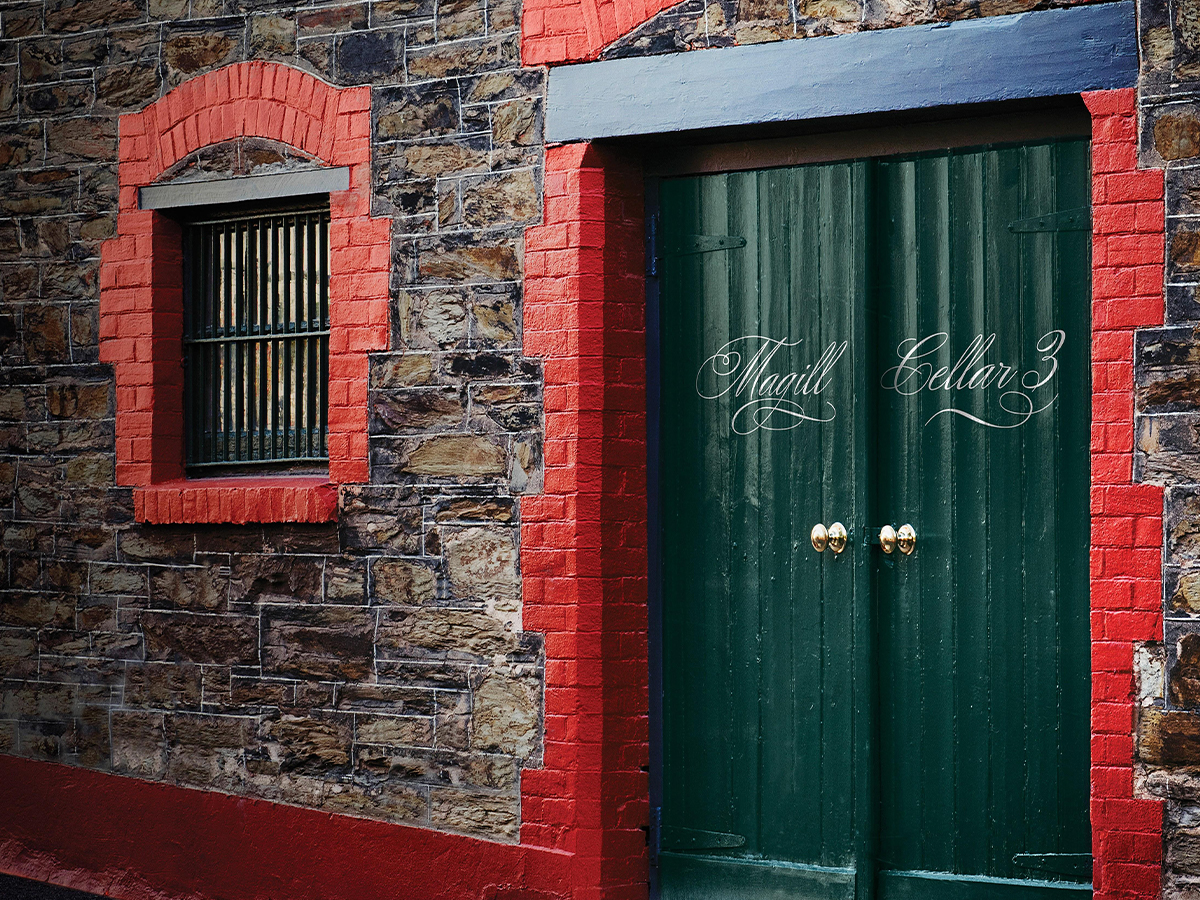 The new Penfolds NFT project will convert the single barrel NFT into 300 bottle NFTs at the date of bottling of the wine in October 2022. As expected, the whole process will be verifiable through the blockchain, with each being identified with a barrel and bottle number. Each bottle is set to be stored in limited edition gift boxes at BlockBar’s facility until redeemed by the purchaser no earlier than the date of release of the wine in October 2023.

For wine collectors, the new Penfolds NFT project marks an interesting offering. The rapidly digitising world of luxury goods is spilling into the unknown, however, Penfolds has sweetened the deal with a few added extras. As part of the NFT purchase, the owner of the barrel NFT at the time of bottling in October 2022 will receive a “personalised keepsake barrel head and an opportunity to engage in a selection of special experiences in October 2022”. These include; 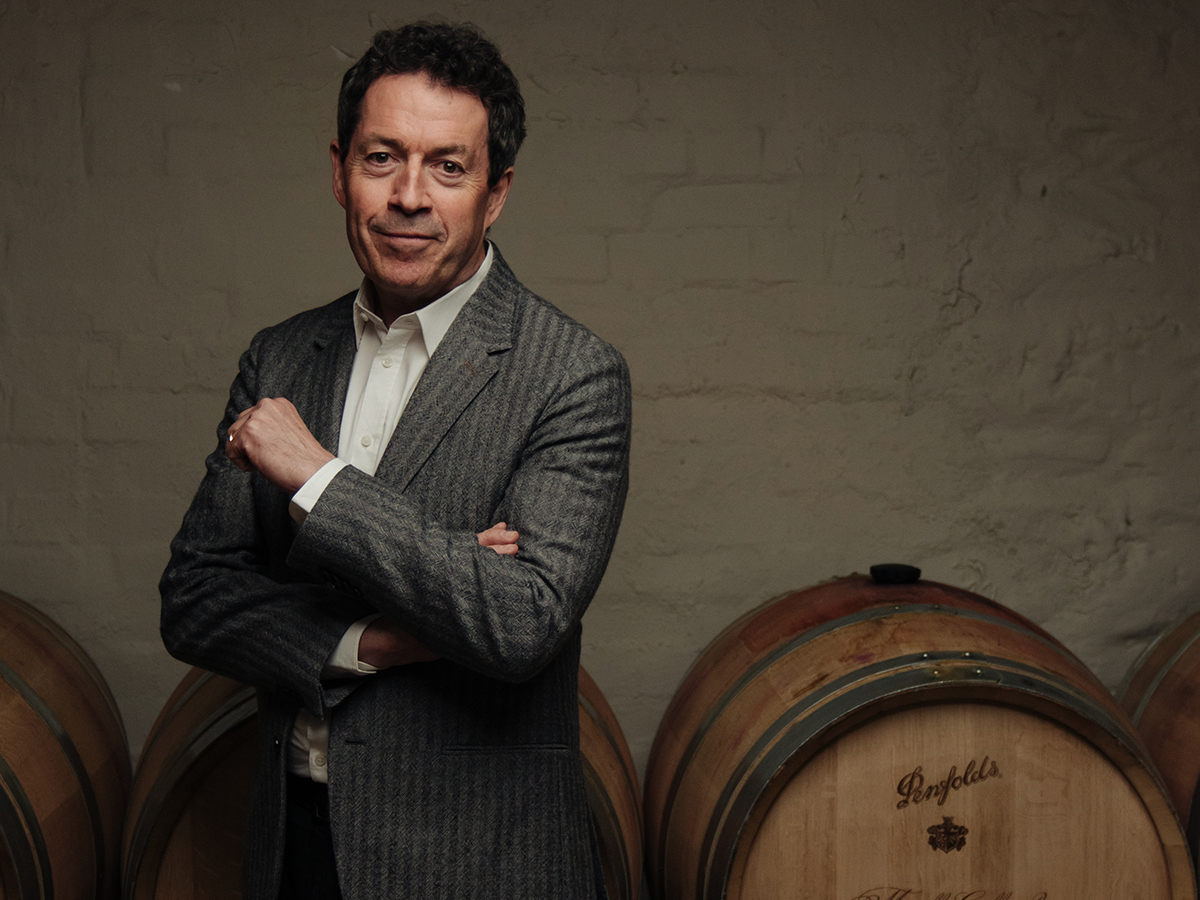 “We are proud to partner with BlockBar to release our Penfolds Magill Cellar 3 NFT,” Penfolds chief marketing officer, Kristy Keyte said. “This is our first venture selling wines via NFT and cryptocurrency, allowing us to connect and build relationships with new collectors, who buy and trade luxury wine in a completely new and refreshing way. The wine itself, Magill Cellar 3 from the 2021 vintage, is not available for public purchase making it the ultimate collector’s item.”

Most notably, the 2021 Magill Cellar 3 Old Vine Barossa Shiraz Coonawarra Cabernet Sauvignon represents the finest of Penfolds’ stock. With a deep magenta colour and layers of dark red fruits and sweet spices on the nose, the elevated drop comprises a rich complexity that demands recognition, but then again, it’s wholly unsurprising. Since 844, the Australian winemaker has dished out a remarkable portfolio of vintages, the latest servings as a slightly more contemporary approach. 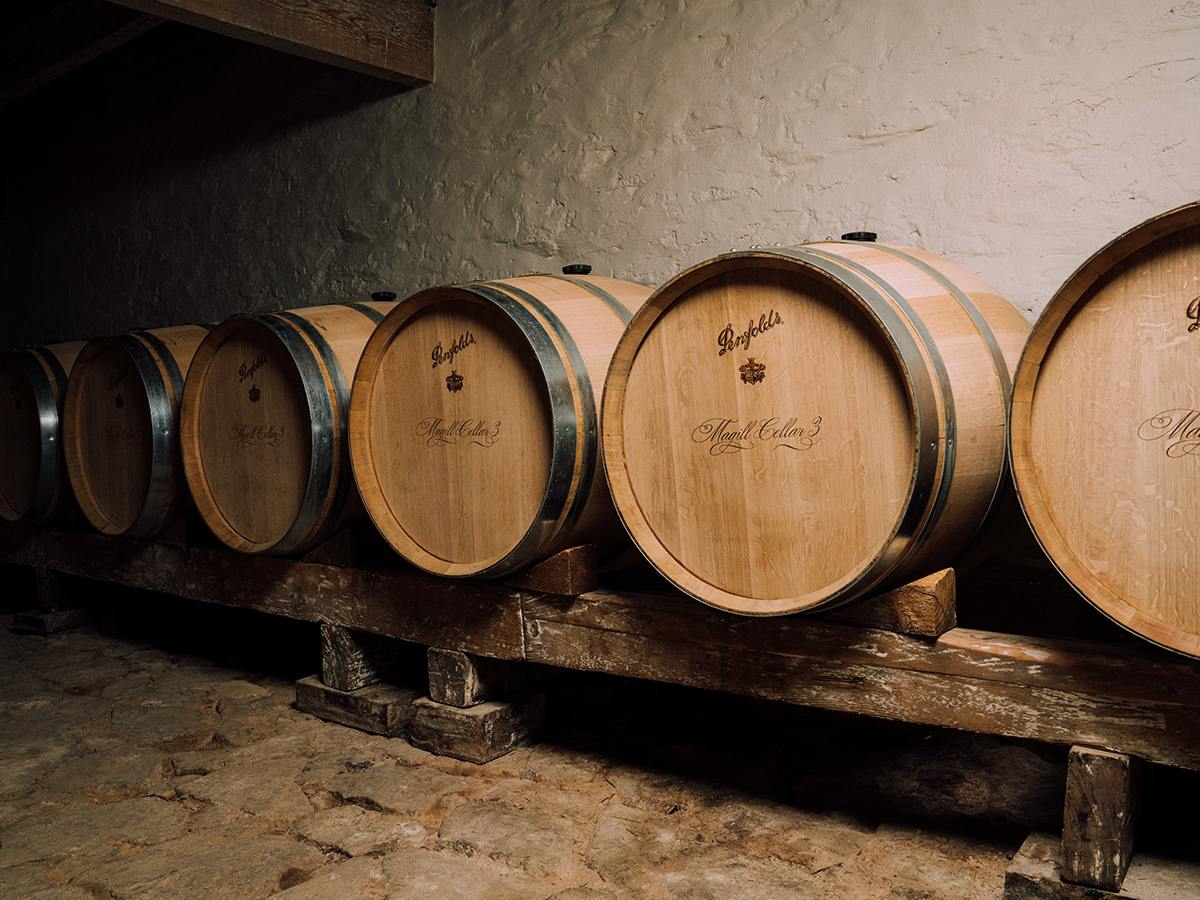 “We’re excited to be a part of this innovative milestone for both Penfolds launching its first NFT, and BlockBar launching its first wine brand on the platform,” Dov Falic, CEO of BlockBar said. “We believe the use case for authentication with blockchain technology is of utmost importance for the industry – with BlockBar consumers know they are buying authentic wine, direct from the brand owner.”

The first Penfolds Barrel BFT will launch on November 24 at 9am EST, with a digital lobby opening on BlockBar 30 minutes prior. With a chance to score an incredible drop and digital-first from one of Australia’s most significant exports all in one, $180,000 could be a small price to pay. But then again, you could buy a brand new Mercedes-AMG S63 for the same price. Your call. 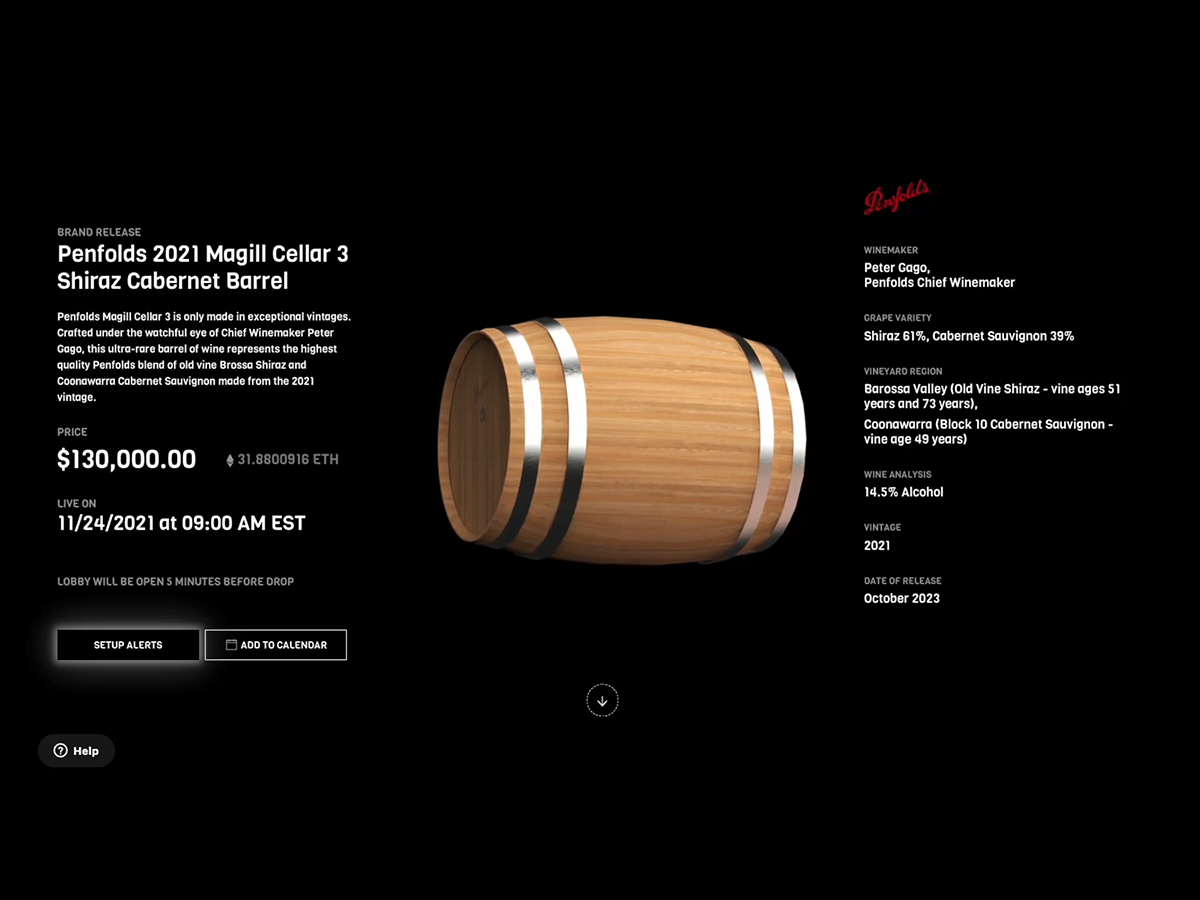