In a fashion world where collaborations cease to indicate levels of taste, the infamous Pharrell and NIGO duo is a welcome barometer for cool. With an innate ability to transcend culture and time in their creative process, the pair has created ‘moments’ in the fashion and hip-hop subcultures that will be remembered for decades to come. When they’re not designing the next big sneaker, menswear collection, or skincare routine they’re working on the next abstract collab in an overall effort to bring brand awareness to the HUMAN MADE label.

While most celebrities turn to hard liquor, including Whisky, Tequila and Seltzers to market their brand, a higher taste level is on offer from the BBC ICECREAM tandem. The style is in the name, and SAKE STORM COWBOY is on a roll after securing a Gold Award at the International Wine Challenge in 2020.

Brewed by renowned Sake brewery ‘Omine Sake Brewery’ in Mine City, Yamaguchi Prefecture, the collaborative offering is sold in a set of three Sakes, “LIGHT PRESS”, “MIDDLE PRESS”, and “HEAVY PRESS”. Each has a different squeeze timing from the same brewing tank in the brewing process, and papier-mache work with a bottle motif hand-finished by craftsmen one by one. Information about each individual Sake is available below, as well as a link to purchase the product through the HUMAN MADE webstore that is sadly Japan Only. Priced from ¥55,000. 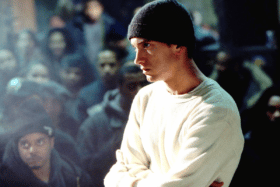