While the purists hate to admit it, surfing has changed dramatically over the past few decades. Compare old-school wave riders with the new generation, and you’ll quickly see how far we’ve come. Innovative design and new technology have caused a rapid evolution of the sport, leading to manoeuvres and tricks previously thought unimaginable in the ocean. Sitting somewhere between that traditionalist and futuristic surf ideology is leading art and performance surf brand, Haydenshapes. Following the success of their debut ready-to-wear fashion launch in August, founder Hayden Cox decided to play with these conflicting themes in his 48-piece second collection titled POST SURF / NEW WAVE. Inspired by the collision of surfing’s anti-progression purist ideals with new subcultures led by the emergence of technologies like wave parks, POST SURF / NEW WAVE broaches the concept with gest and irony.

“As a brand, Haydenshapes has always sat somewhere between being purists and being progressive,” said Cox. “The two sides can be like oil and water. Our season two RTW collection takes artistic cues from the chemical rainbow or ‘thin-film interference’ that’s created when oil and water collide. The iridescent region that sits on the water’s surface continues to evolve and change colour depending on which angle you look at it.” 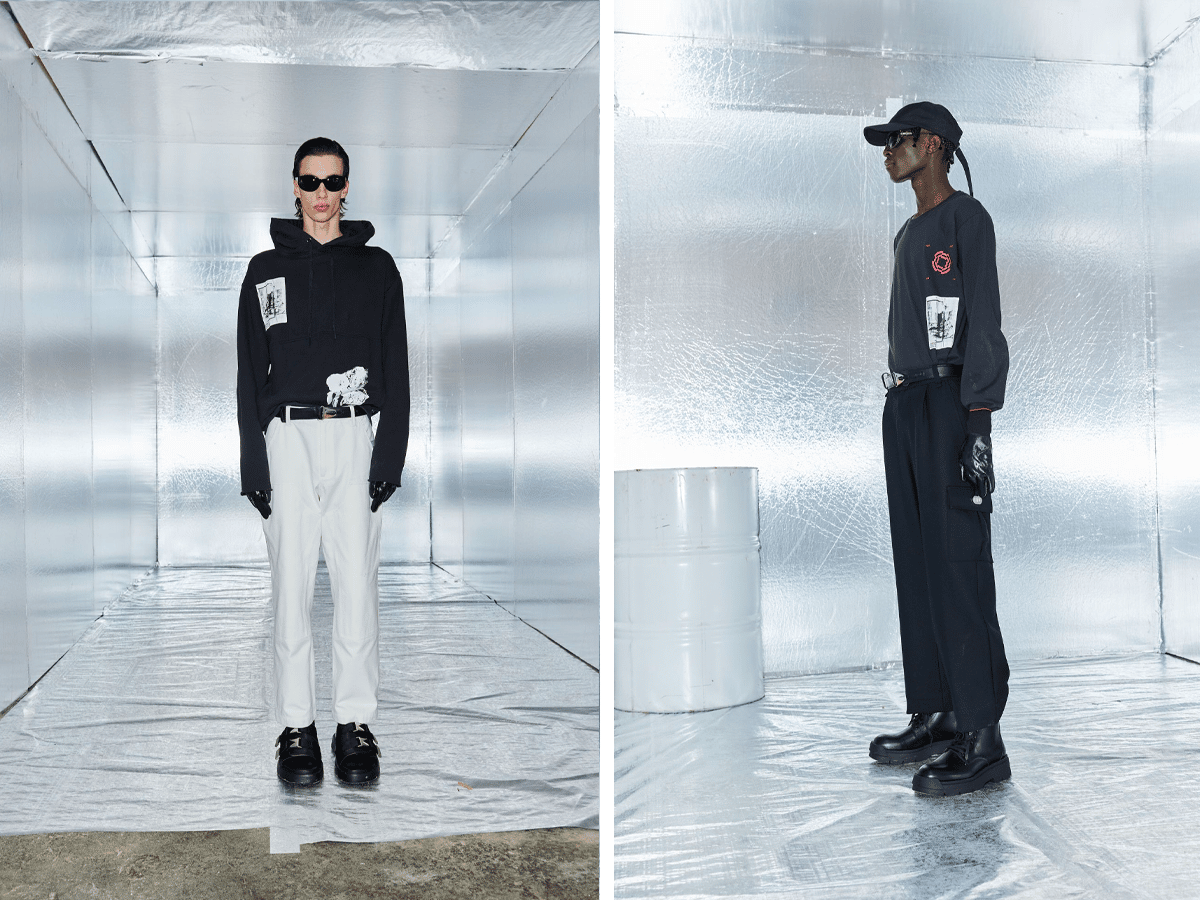 True to the Haydenshapes core manufacturing DNA, the collection maintains a strong sense of contemporary utility. With a focus on tailoring versatile swim pieces with innovative fabric stories, the collection delivers classic basics and signature silhouettes with directional art integration. The palette that runs through the collection is reflective of iridescent colour mashing, and artificial greens sitting on the surface of deep blues and black. These arresting colour scapes are contrasted with wearable neutrals to create a diverse collection that still presents unity.

“The integration of Merino wool as a leading fabric story within our season two collection was to play on my nostalgic connection to staple wool pieces that I’ve had throughout my lifetime – some that have been passed down through generations,” explained Cox. We’ve blended relaxed tailoring with contemporary shape to create versatile pieces that you can wear for longer – forever hopefully. ”

The 48-piece POST SURF / NEW WAVE’ Haydenshapes season two will be available from December 2022 on mrporter, Haydenshapes and Slam Jam.