When it comes to the biggest and brightest minds on earth, it’s hard to go past Jeff Bezos. The Amazon founder and outgoing CEO has crafted a career that remains unrivalled and unchallenged as the epitome of corporate success. From dingy basement beginnings to a net worth of over USD$170 billion, the Beez came, saw and conquered all with same-day delivery. Unsurprisingly, the entrepreneur has seen it all in his 57 years, but it is what he’s learned along the way that helped shaped the epic career we now overlook in awe.

Since Amazon went public in 1997, Jeff Bezos has penned a much-read annual letter to the company’s shareholders. Released publicly, the letter divulges the innermost thinking of the entrepreneur, generally focusing on the future and laying out plans for the next stage of global innovation. In 2021, however, things have taken a turn. No longer steering the ship, Bezos is stepping down from the giant he built from scratch, handing the CEO position to AWS head Andy Jassy later this year. As a parting gift to the company and its shareholders, Bezos unveiled his final annual letter on Thursday, and while it certainly embraces a new vision for Amazon’s future, it serves as a surprisingly poignant guide to being human.

Forget the cash, the stocks and the puffer vest, here are the life lessons Jeff Bezos revealed in his final annual letter to Amazon’s shareholders. 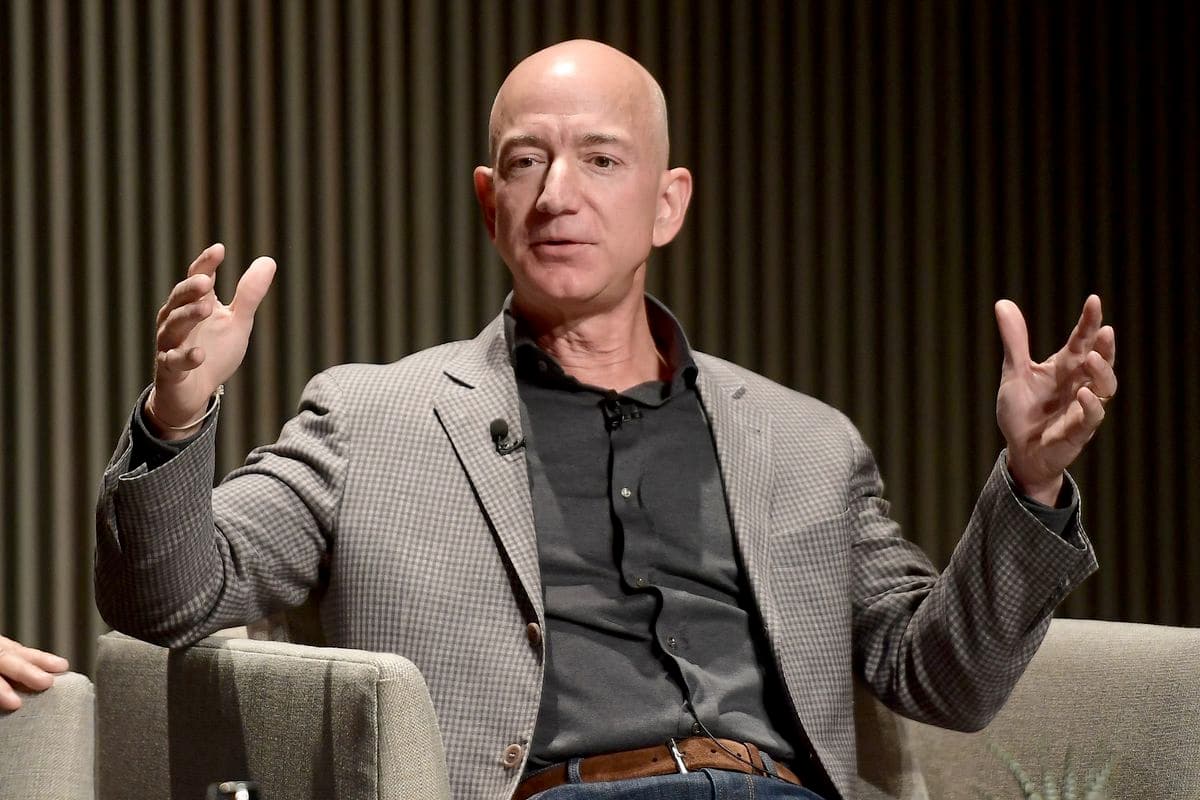 Create More than You Consume

“If you want to be successful in business (in life, actually), you have to create more than you consume.” It’s a simple message, but Bezos’ approach to consumerism is oddly refreshing. The Amazon founder may be in the game of selling, but he revealed that the key to happiness, intrinsically and professionally is through creation – more importantly, value creation.

“Your goal should be to create value for everyone you interact with,” he wrote. “Any business that doesn’t create value for those it touches, even if it appears successful on the surface, isn’t long for this world. It’s on the way out…Draw the box big around all of society, and you’ll find that invention is the root of all real value creation. And value created is best thought of as a metric for innovation.” 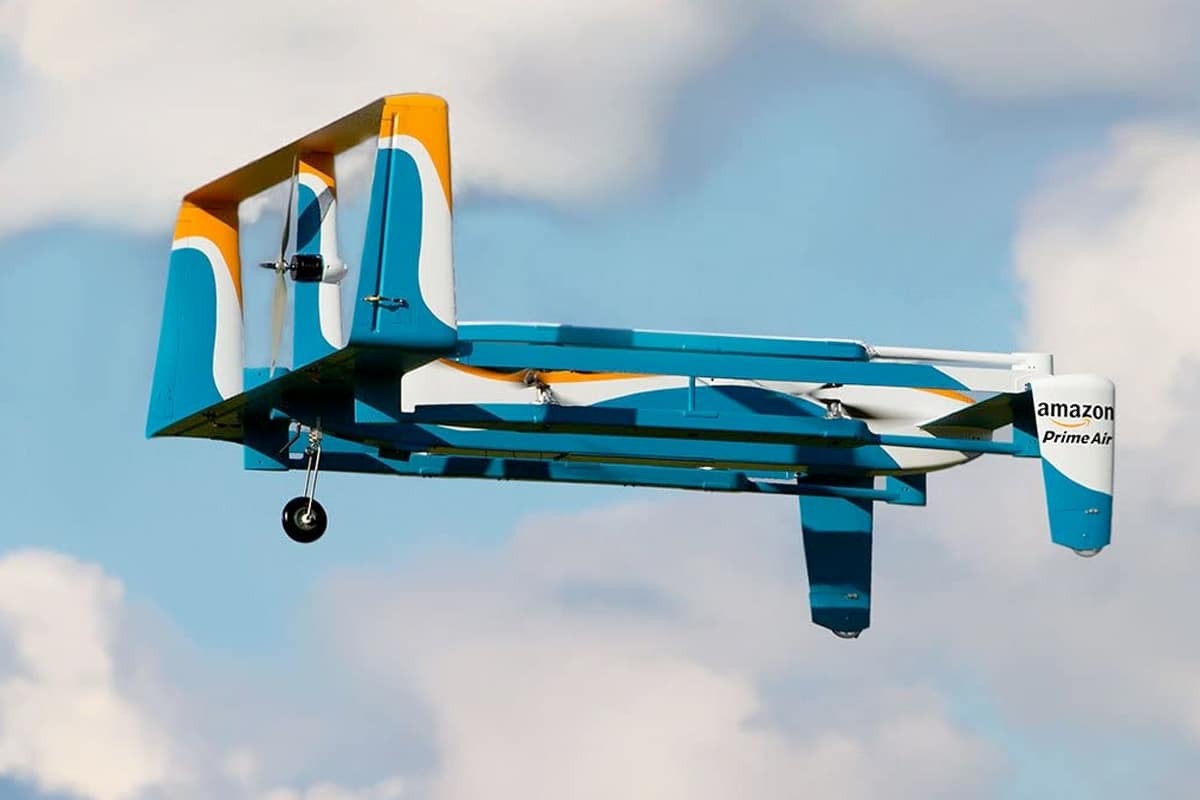 Do What You Do Best

It’s been said that if you find your niche, you generally find your comfort zone, but there is always room to expand. In his final annual letter to Amazon shareholders, Jeff Bezos revealed that the future is the most important time period to focus on, and you get there by honing in on your present. He then went on to outline his plans for greater development with Amazon moving forward. Why? Because it’s what he’s good at.

“In my upcoming role as Executive Chair, I’m going to focus on new initiatives. I’m an inventor. It’s what I enjoy the most and what I do best. It’s where I create the most value.” 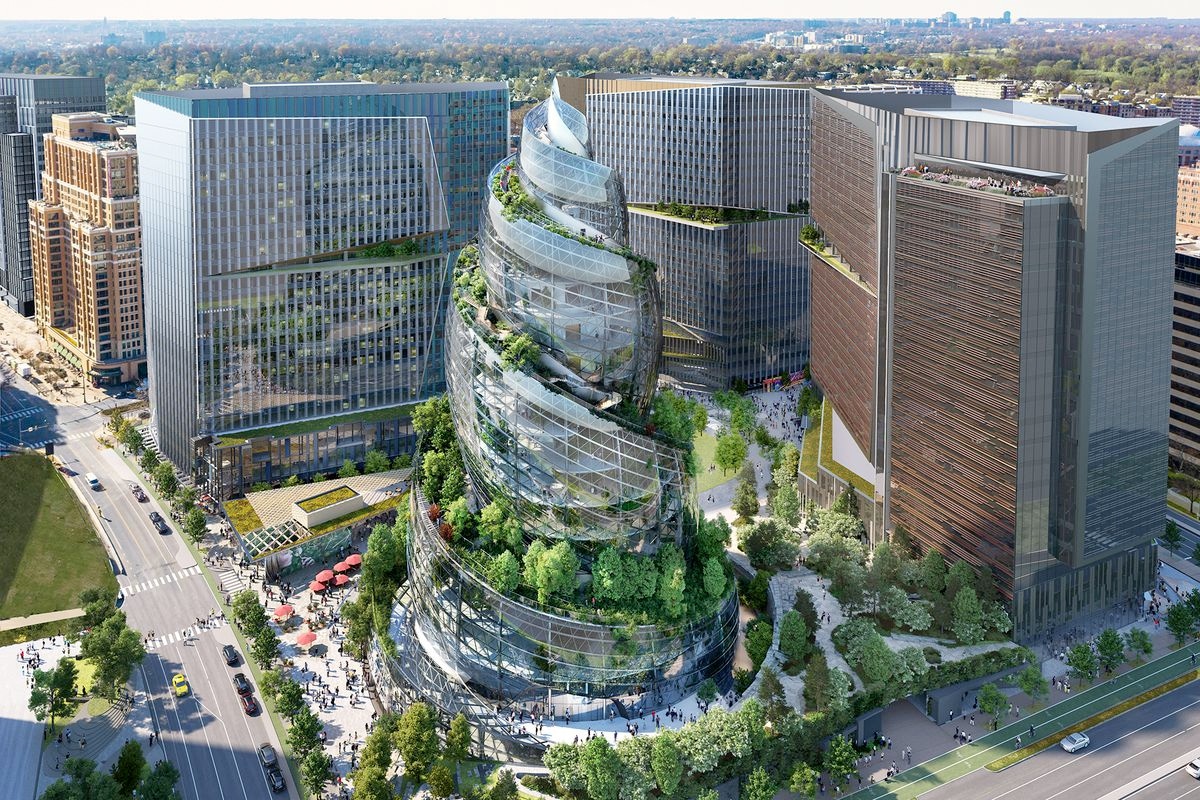 In Jeff Bezos’ final annual letter to Amazon shareholders, the entrepreneur also pledged improved environmental efficacy. It’s no secret that Amazon has bolstered its environmental focus in recent years, but that hasn’t stopped climate debates from raging on. This time around, Bezos isn’t letting denial get in the way of innovation and activism.

“In an earlier draft of this letter, I started this section with arguments and examples designed to demonstrate that human-induced climate change is real. But, bluntly, I think we can stop saying that now,” he wrote. “You don’t have to say that photosynthesis is real, or make the case that gravity is real, or that water boils at 100 degrees Celsius at sea level. These things are simply true, as is the reality of climate change.”

The Amazon chief acknowledged that in years gone by, addressing climate change was seen as an expensive endeavour that threatened jobs, competitiveness and economic growth. “We now know better,” he wrote. “Smart action on climate change will not only stop bad things from happening, it will also make our economy more efficient, help drive technological change, and reduce risks. Combined, these can lead to more and better jobs, healthier and happier children, more productive workers, and a more prosperous future. This doesn’t mean it will be easy. It won’t be. The coming decade will be decisive.”

An advocate for the ‘practice what you preach’ method, Bezos has personally allocated USD$10 billion to provide grants to help catalyse the systemic change incoming. These grants have worked to support leading scientist, activist, NGOs, environmental justice organisations and others working to fight climate change and protect the environment.

“It’s going to take collective action from big companies, small companies, nation-states, global organisations, and individuals, and I’m excited to be part of this journey and optimistic that humanity can come together to solve this challenge,” he wrote. 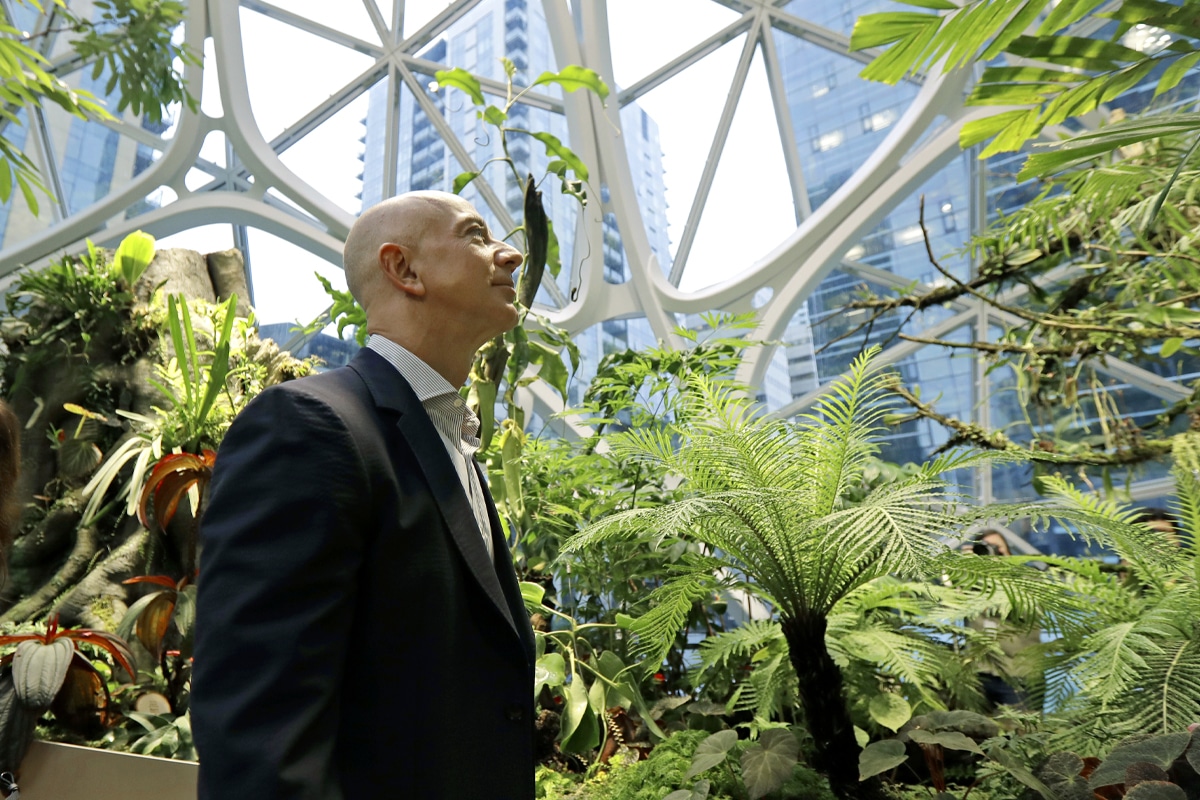 In an oddly existentialist continuation, Bezos used his final annual letter to promote differentiation. The Amazon boss revealed that the ‘Universe wants you to be typical’, saying that he was compelled to teach others the value of individuality. And he did so in a rather unusual way. Citing an entire passage from Richard Dawkins’ book The Blind Watchmaker, Bezos urged all people to embrace their distinctiveness.

“We all know that distinctiveness – originality – is valuable. We are all taught to ‘be yourself’. What I’m really asking you to do is to embrace and be realistic about how much energy it takes to maintain that distinctiveness. The world wants you to be typical – in a thousand ways, it pulls at you. Don’t let it happen,” he wrote.

“You have to pay a price for your distinctiveness, and it’s worth it. The fairy tale version of ‘be yourself’ is that all the pain stops as soon as you allow your distinctiveness to shine. That version is misleading. Being yourself is worth it, but don’t expect it to be easy or free. You’ll have to put energy into it continuously. 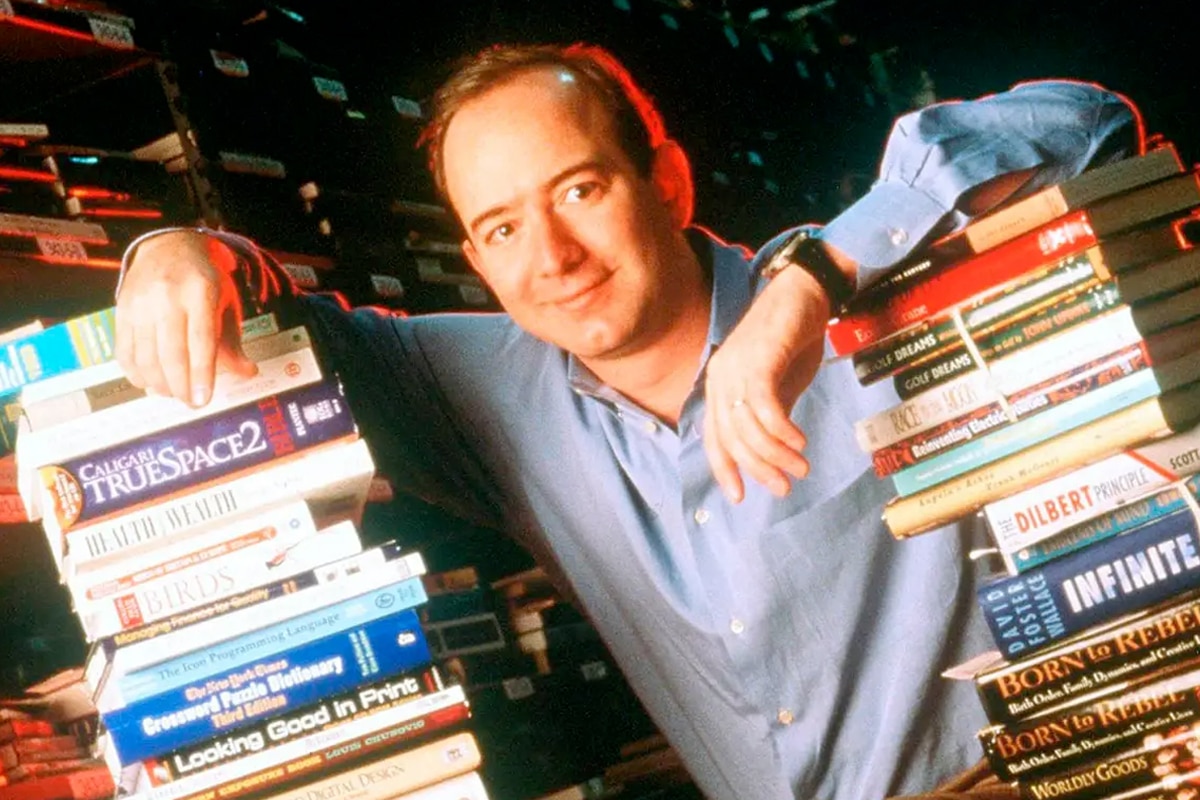 There’s a beauty in respecting where you came from. For Bezos, it’s something that he advocates on a tangible scale. In his final annual letter to Amazon shareholders, the outgoing CEO attached a copy of that original 1997 letter, to remind everyone of the humble beginnings that shaped that company.

“As always, I attach our 1997 shareholder letter. It concluded with this: “We at Amazon.com are grateful to our customers for their business and trust, to each other for our hard work, and to our shareholders for their support and encouragement.” That hasn’t changed a bit,” he wrote. “To all of you: be kind, be original, create more than you consume, and never, never, never let the universe smooth you into your surroundings. It remains Day 1.”

What is Jeff Bezos’ net worth?

According to the latest research from Forbes, outgoing Amazon CEO Jeff Bezos has a net worth of around USD$177 billion, making him the richest person in the world.

How much does Jeff Bezos make a day?

A recent report from the USA Inquirer revealed that based on his daily income and current wealth, Jeff Bezos makes around USD$321 million per day, or roughly USD$3,715 per second.

What stock does Jeff Bezos own?

Amazon founder Jeff Bezos has stock in a number of different companies, however, his greatest investment remains his own creation. At last count, Bezos maintains 11 per cent of the shares in Amazon, alongside further investments in Google, Uber and Twitter. 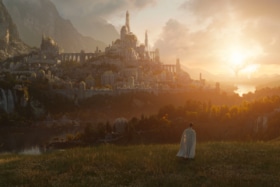 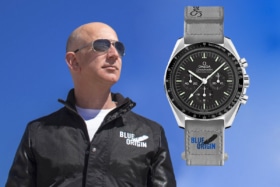 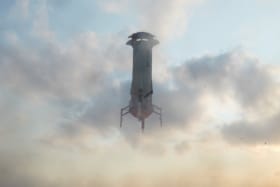