BMW has officially unveiled its latest 7 Series luxury barge with an all-electric option to slot into the range alongside the trusty 4.4-litre twin-turbo V8 and future plug-in hybrids. In typical BMW 7 Series fashion, the interior is both gaudy and high-tech with a giant retractable 8K resolution screen for rear passengers alongside an equally large driver display with all the functions you could dream of.

Engine power is stout with 400kW available on both EV and ICE (485kW EV variant arriving in the future) and there’s a host of green materials used throughout the manufacturer – including vegan leather – to bring both the company and its flagship vehicle lineup into the future. Let’s check it out.

Related: We recently tested another one of BMW’s best EVs. 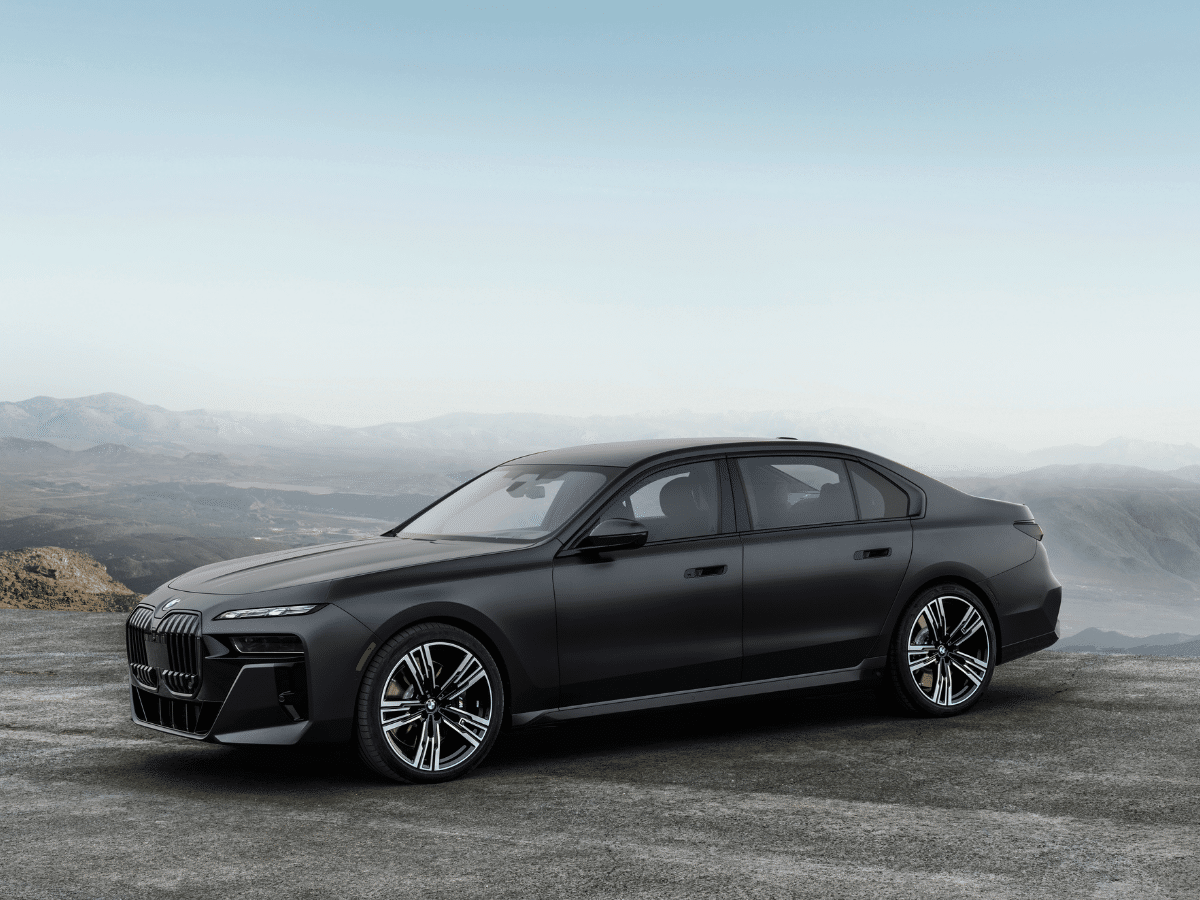 Which Engine Should You Choose?

While at face value we’d always recommend choosing an EV if the option is viable for your personal living situation (household charging is a must), we’re always partial to a twin-turbo V8 so we’ll take a look at that engine first. Adhering to the extremely stringent Euro6 emissions regulations the most powerful ICE engine offers 400kW of power and 750Nm of torque and returns a WLTP combined fuel consumption of 11.2l/100, while the least power bests that to 7.9l/100km. All ICE engines are powered through an eight-speed Steptronic transmission and combine a 48v/20Ah mild-hybrid system – mounted in the luggage compartment – with the engine for torque filling duties. 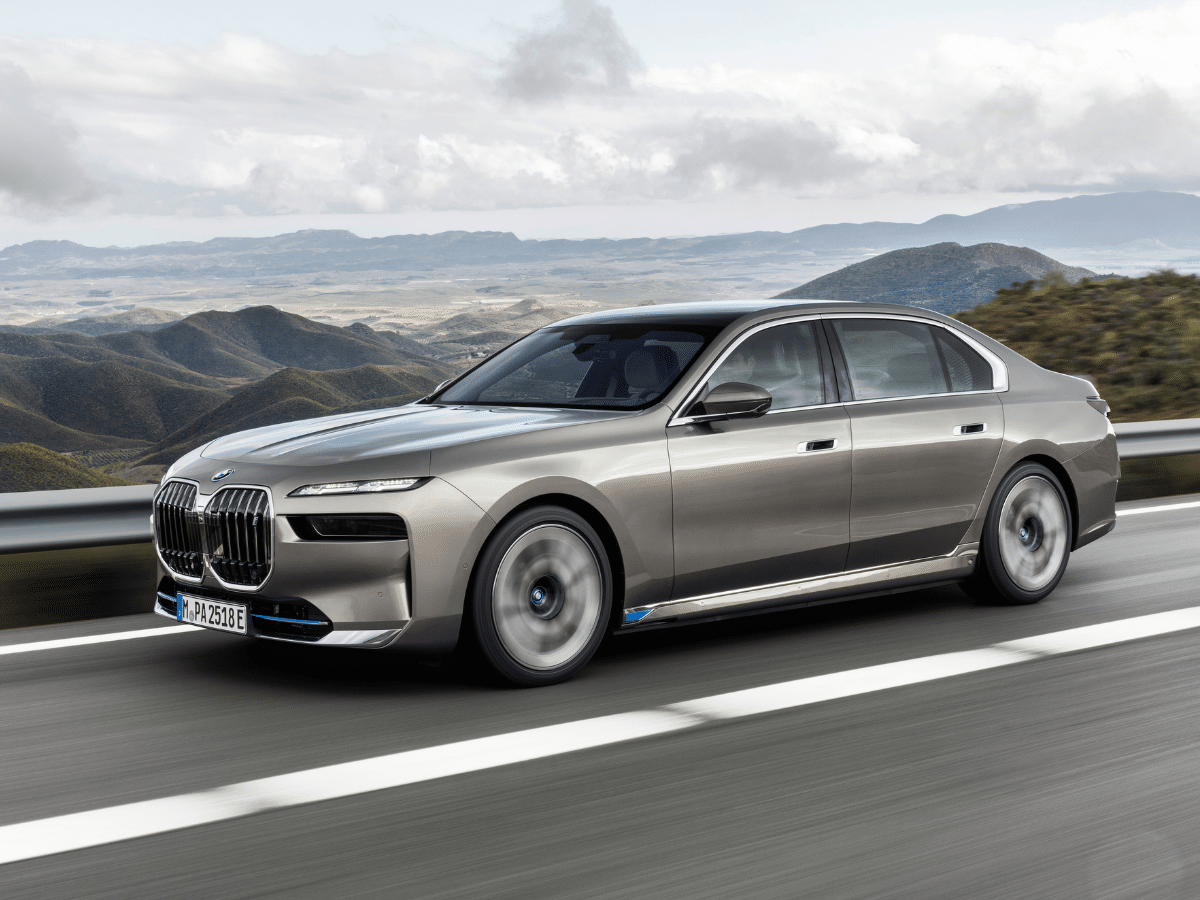 So what about the EV? It’s interesting to note that BMW has turned the power of its electric offering up to match that of the 760i xDrive twin-turbo V8 counterpart. With 400kW of power, the application of these electric motors sits between that of the iX m50 (385kW) and iX m60 (455kW) respectively.

We’re so used to seeing EVs smashing the competition when it comes to the 0-100km/h sprints, however, here we find the Twin-Turbo V8 760i xDrive besting the EV’s time by half a second thanks to the significant weight difference of 470kg. This will likely be thrown out the door when the range-topping BMW i7 M70 xDrive arrives in the future with 485kW of power.

If you have the capacity to install a three-phase home charging system to utilise the BMW i7’s 11kW three-phase max then you’ll be charged ready to go from 10-100% charge in 9.5-hours. In a perfect situation, the 195kW max DC charging rate will get you from 10-80% in 35mins, however, they’re hard to rely upon in our experience with the private Australian network. If long-distance travel is your M.O. you’ll be pleased to know the WLTP estimated range for the BMW i7 is between 590-625km. That’s at the pointy end of the spectrum alongside the likes of the Tesla Model S.

BMW has done the right thing by offering two top of the line drivetrain options for buyers. The Twin-Turbo V8 is still available in all markets for those who aren’t ready to make the switch to EV (don’t expect it to make any V8 noise) but the EV would be our pick if a three-phase home charging system is on the cards. BMW also forecasts two plug-in hybrid models to join the range in 2023 so customers will have the chance for the best of both worlds.

Related: We took the long way home in the BMW X3M to figure out what 500HP SUVs are all about. 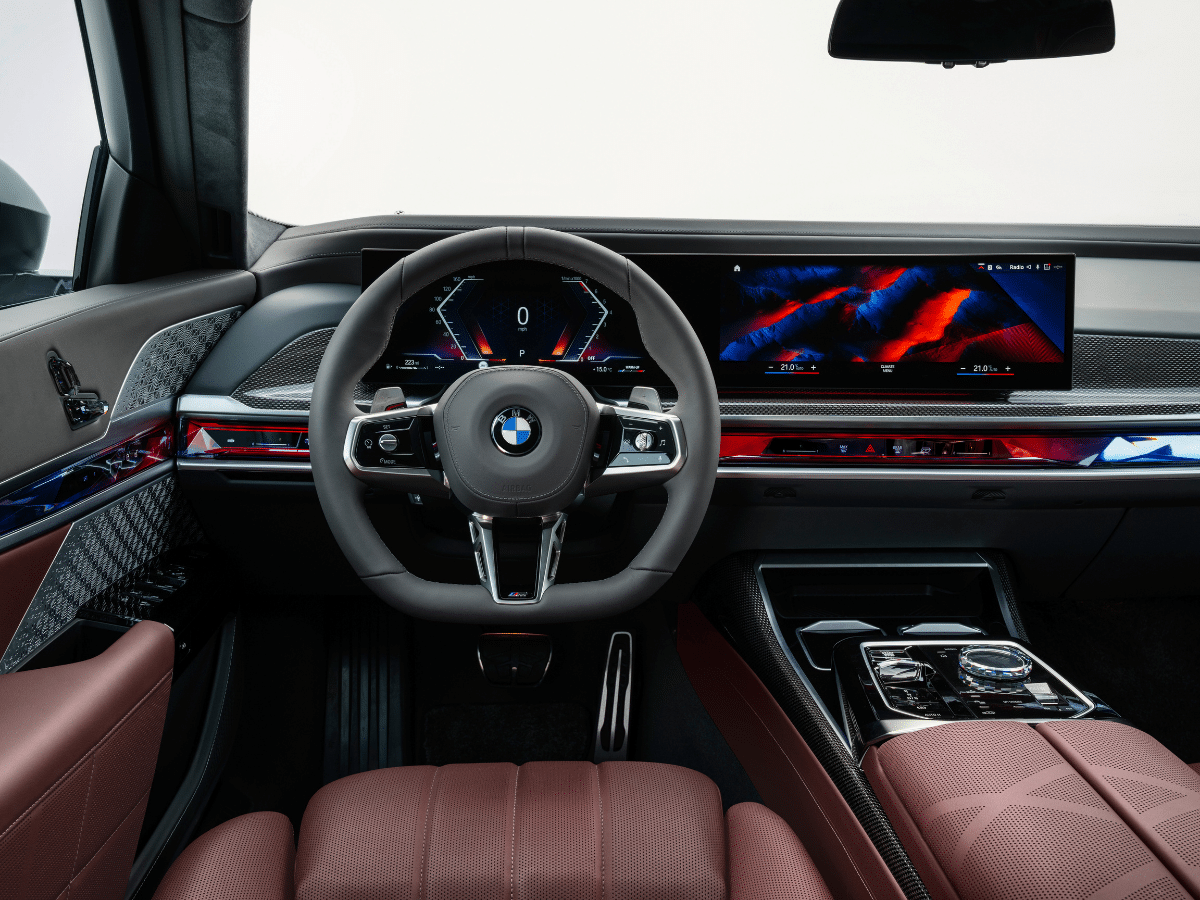 Offered exclusively in a long-wheelbase format the BMW 7 Series will prioritise green materials throughout the production process while offering all the innovative technology that you expect from a 7 Series. The industry saying usually goes that “anything you see in a 7 Series today, expect to see it in most cars in 5 years’ time,” so let’s see how it stands up.

On the inside, you’re greeted by a myriad of materials and textures – including that rather gaudy glass BMW iDrive controller and giant 14.9-inch screen in the middle joined to a 12.3-inch screen for the driver with iDrive 8.0.

Those familiar with BMW interiors won’t recognise a thing outside of the badge on the steering wheel, however, those familiar with the BMW iX will recognise the minimalist look where the majority of the switchgear is replaced with capacitive sliders and buttons.

Debuting in the 7 Series is the BMW Interaction Bar (that liquid looking bar that intersects the door and surrounds the hazard button) whose sole purpose is to provide backlighting and aesthetics. It’s more of a lounge chair vibe on the inside with Veganza (vegan leather) comfort seats as standard with multi-function seats optional to bring active seat ventilation with optimised cooling, and a massage function with nine programs. Alongside the vegan option is the debut of BMW Individual Merino leather/ cashmere wool.

The pièce de résistance for the new BMW 7 Series has to be the BMW Theatre Screen with Amazon Fire TV. Measuring at 31.3-inches the touchscreen offers 8K resolution, Bowers & Wilkins surround sound and a 5.5-inch touch-controlled function in the rear doors. Essentially what you’re looking at is a private cinema on wheels. Is this the best car interior for entertainment ever? We think so. 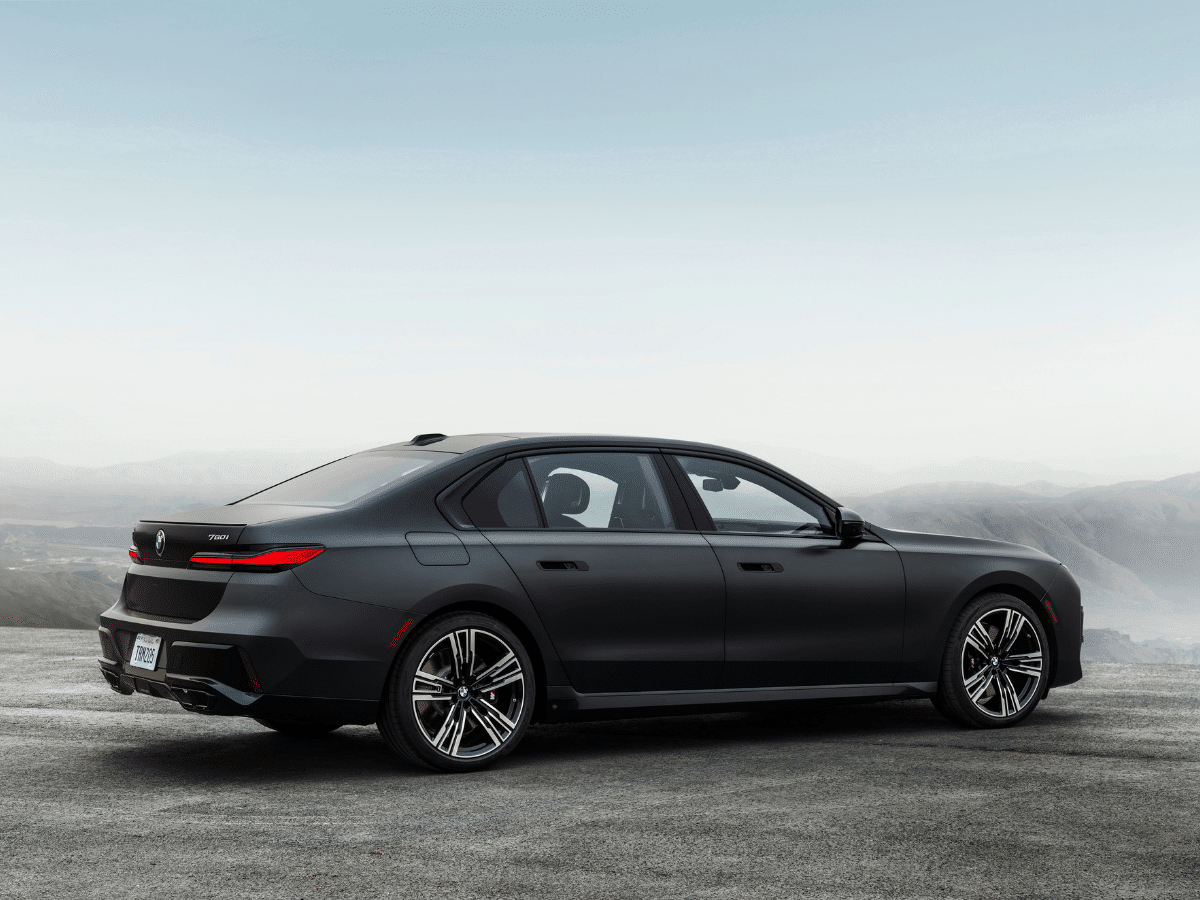 The worldwide market launch for the new BMW 7 Series will start in November 2022. Manufacturing will take place at the Dingolfing BMW plant in Germany where both the EV and ICE engined vehicles will share the same production line for the first time. Expect Australian pricing for the top models to eclipse $400,000 AUD once any sort of option is fitted.

You’ll also like:
Ferrari 296 GTS Begs the Question, Do We Need a Roof?
2022 Lamborghini Huracan Tecnica: A Cocktail of the Best Expressions
Audi’s Batsh*t A6 Avant E-Tron is the All-Electric Wagon We’ve Been Waiting for