You might think you got some moves, but you ain’t got jack compared to nine-year-old Jude Gagner. The middle-schooler recently re-enacted the dance from Napoleon Dynamite as a part of a talent show. Gagner’s mother filmed the dance and posted it on Facebook, and it’s gone viral since.

Jude is so happy everyone loves his dance!!!! Keep sharing bc he wants everyone smile and be happy bc of his dance Charles Navesh Dassrath

“Jude actually learned from watching YouTube videos,” Gagner’s mom, Katie, told POPSUGAR. “He taught it to himself and surprised us when he asked if he could sign up for his school talent show. He showed us before he performed it for his classmates. Jude is a very talented kid and loves making people smile!” So far the video has racked up over 3 million views.

The dance was part of the 2004 cult classic, and featured awkward teen Napoleon played by Jon Heder. The dance scene was actually part of a previous project that Heder and worked on with director Jared Hess. When it came time to finish off the feature film, they decided to add in a dance scene. “I remember talking to like, ‘So how are we going to do this? Are we getting a choreographer?’ He was like, ‘No, just do what you do.’ The whole production was one of the last things we shot, so I thought, ‘Well, maybe I’ll plan something.’ I kept putting it off. I thought I might just wing it actually. Tina Majorino, who played Deb, she was a hip hop dance instructor for kids, so she had worked with choreography before. I was like, ‘Can you help me?’” The pair brainstormed a few ideas, but ultimately, the dance was largely spontaneous. “It wasn’t some planned, choreographed thing where I memorized move for move,” says Heder. “That was just dancing for me. So if I did the Napoleon Dynamite dance, I would just freestyle.” Gagner may not have freestyled, but he definitely nailed the dance, and his goal of making people smile.

Check out the video here 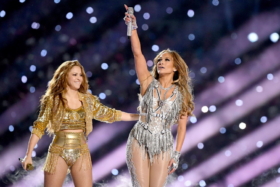