A few days ago we had the pleasure of reporting on The PS5 Has “Absolutely” Sold Out Until 2021, who came up with the novel concept of selling her bathwater to her male fans for USD$30 a pop, and sold out in a matter of hours. Now, it would appear the anime-styled starlet has started to sell her pee, for the handsome sum of USD$9,999.

Appearances, however, aren’t everything.

Shared via Twitter on Tuesday morning by viral shitposter Count Dankula (yes, the guy who nearly went to jail for teaching his girlfriend’s pug a Nazi salute), the Scottish comedian exclaimed that he’d “called it”, in reference to a previous tweet about Delphine potentially selling her effluence.

I FUCKING CALLED IT.

THAT BITCH NEEDS TO HYDRATE.

The link provided shows a photo of “Gamer Girl Pee” for sale, with the caption “Only one jar for one lucky cutie fan ^-^ This will not be sold again. disclaimer: This is not for drinking and should only be used for sentimental purposes.”

Upon closer inspection, however, a keen eye will note that the URL is slightly different from Belle’s official store, where the bathwater is still listed as sold out.

The pink-haired teen announced the successful sale of her bizarre bath water offering via her Instagram account in a video where she showed her filling each jar in a most salacious manner.

Who is Belle Delphine?

Mary-Belle Kirschner, better known as Belle Delphine, is an internet celebrity, pornographic actress, model, and youtuber. She is South African born and now living in London.

How much is Belle Delphine worth? 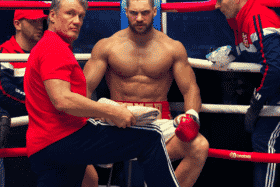