Remember when Jim Carrey shocked the world with his USD$20 million salary for The Cable Guy? Oh, how times have changed. Nowadays, the highest-paid actors in Hollywood can demand astronomical figures for their services and bizarrely, they generally get them. Since the turn of the millennium, A-lister have steadily seen the salaries increase per production, with more emphasis placed on star power and revenue streams exploding. This year, British actor Daniel Craig is the highest-paid actor in Hollywood, thanks to a surprising hit that has spawned a massive cinema craze. Where previously, actor salaries were subject to the approval of traditional production companies, the tide has invariably changed. Now, success in cinema has little to do with the cinema at all. instead, streaming platforms such as Netflix and HBO Max have helped steer the artistic conversation, driving major a financial boon for those willing to buy in.

According to Variety, which recently published a feature on the highest actor salaries in Hollywood, the USD$20 million remains a key figure for movie headliners, however, many have pushed the envelope. Thanks to streaming services, superstars like Daniel Craig, Dwayne Johnson and Mark Wahlberg have raked in the cash in 2021, and there is no sign of slowing down.

In the case of Daniel Craig, Variety suggests that his windfall can be attributed to the fact that Netflix compensates movie stars for the projected back-end box office participation. This is worked out on the theory of what they would reap if their movies were released exclusively in theatres. “Add to that salary bumps Craig would’ve received for second and third films in the murder mystery series, and the outgoing James Bond is sitting on a nine-figure check,” Variety reports.

It’s a consistent theme for many of the highest-paid actors in 2021. Johnson’s USD$30 million salary for Red One could balloon out to USD$50 million when his backend is finalised. It’s a bit of a waiting game for stars, but as history tells us, it generally pays off. The only one who seems to be enjoying the best of both worlds is Tom Cruise.

“The actor is among a handful of traditional movie stars who demand first-dollar gross on their backend participation, meaning Cruise gets paid before his studio earns a dime from box office receipts,” Variety reports. “This entitles him to tens of millions of dollars in bonuses after certain box office milestones are achieved over the life of his films. He’s earning $13 million for his upfront acting fee in this year’s Top Gun: Maverick from Paramount, but that number will fly much higher if the film is a hit.”

With the new digital-first equation inflating the figures for the highest-earning actors in Hollywood, there’s no stopping the entertainment onslaught. New streaming services are constantly hitting the market and while the content might not always be a winner, they certainly pay the bills. Here are the highest-paid actors for 2021, as reported by Variety. These figures are based on confirmed salaries for single production roles, meaning that while Dwayne Johnson may have starred in several films this year, it only accounts for his highest-earning role. 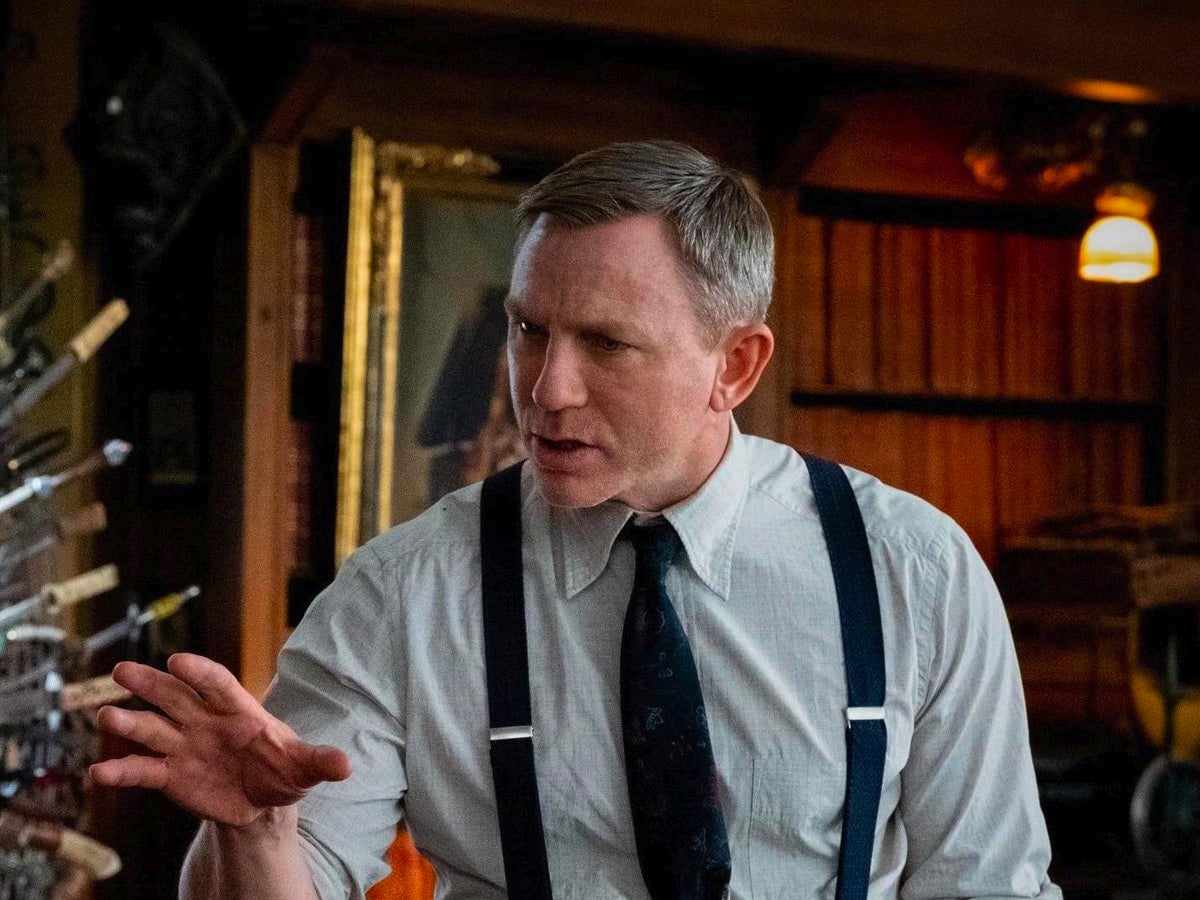 As reported, Daniel Craig is the highest-paid actor for 2021 thanks to a lucrative deal with Netflix. The streaming service picked up Craig’s runaway hit Knives Out with two sequels set to premiere in the coming years. Craig’s USD$100 million pay-cheque can be credited to the projected back-end box office participation, but also a hefty contribution from the upcoming Bond film No Time to Die set to swell the final figure. 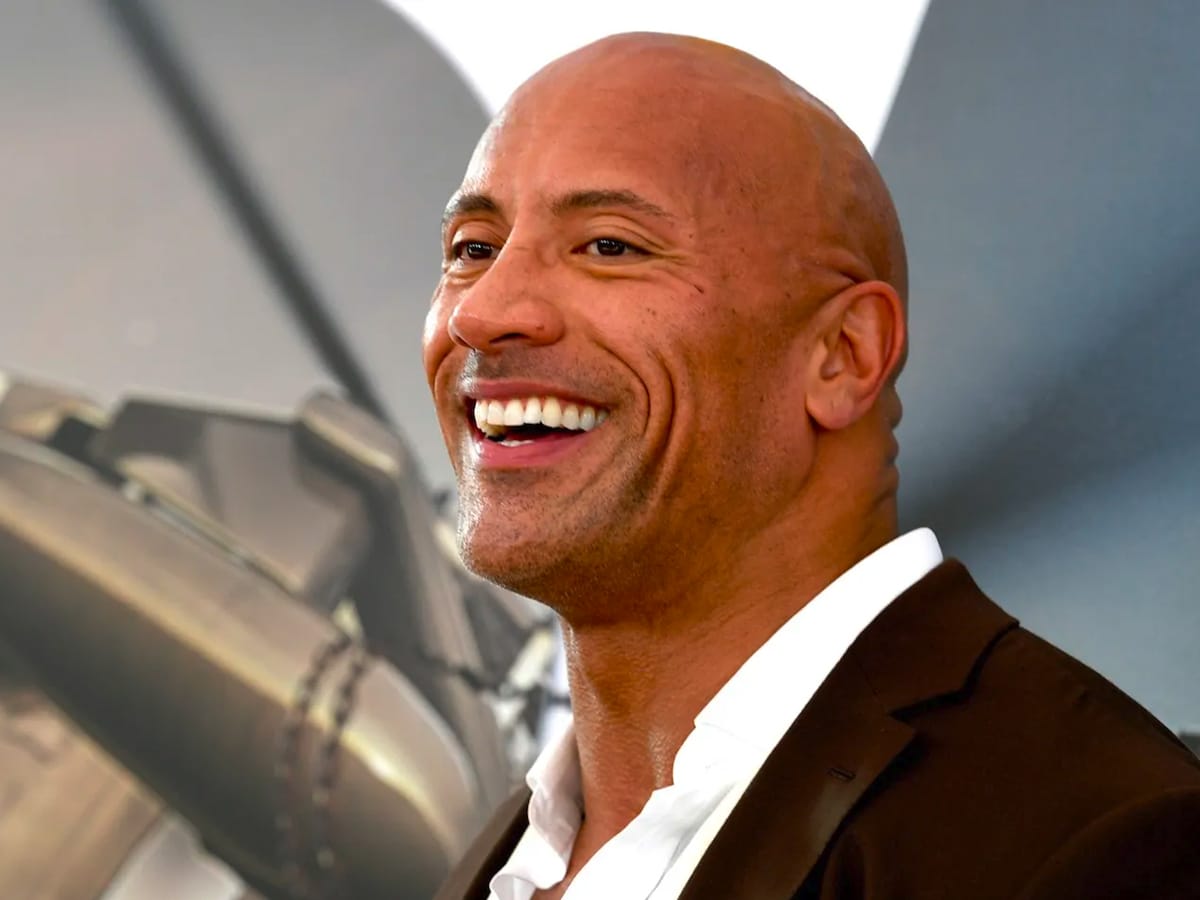 Dwayne ‘The Rock’ Johnson is a perennial A-lister in terms of the highest-paid actors, however, this year, he’s slipped to second spot. His USD$50 million salary is a projection, with the initial reports suggesting his Red One pay-cheque is closer to USD$30 before back-end box office participation. 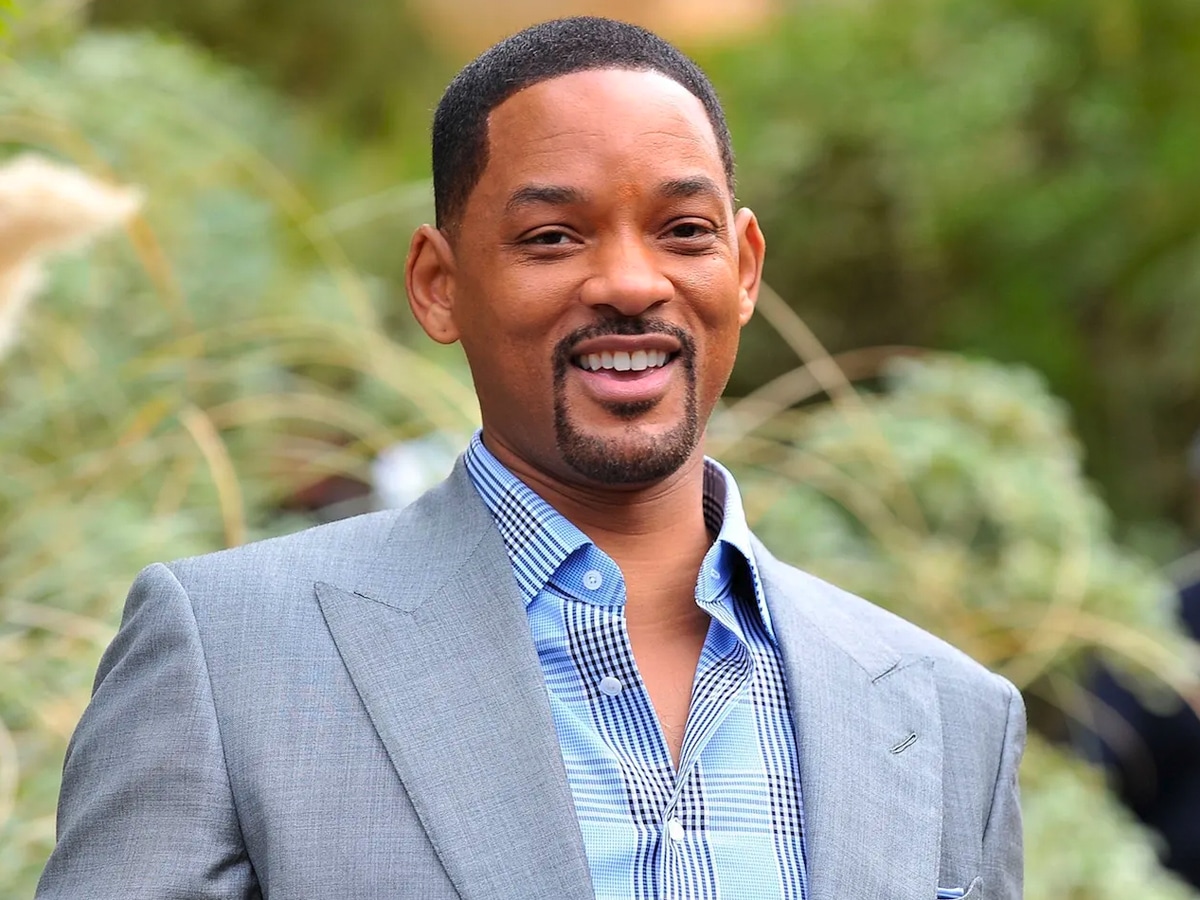 There is Oscar-buzz surrounding Will Smith’s new film King Richard, but that’s not the only boost for the actor. His role as Richard Williams, father of tennis greats Venus and Serena netted him a reported USD$40 million, good enough for third place in this year’s top-earning actors. 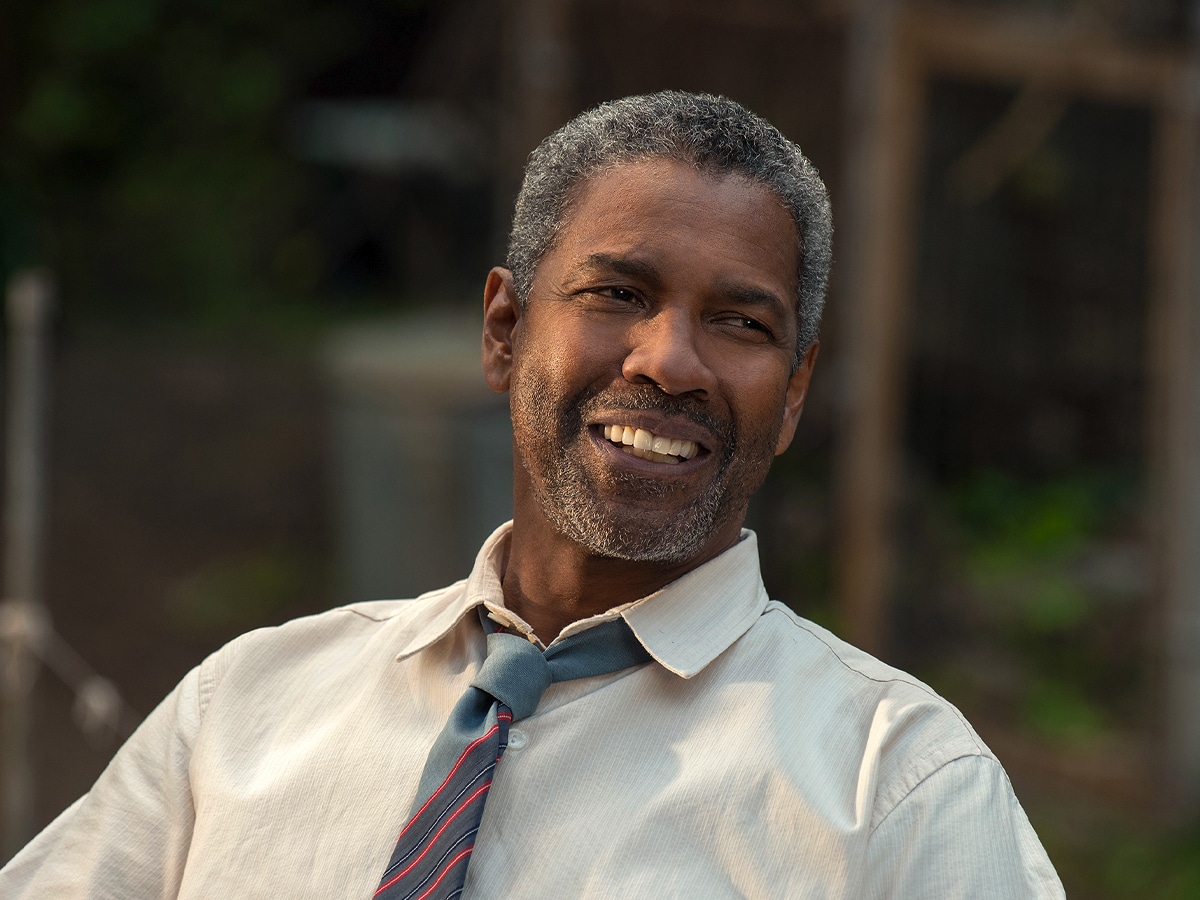 Denzel is perhaps the most consistent man in Hollywood and he’s got a bank account to match. The two-time Academy Award-winning actor, producer and director is continuing to bolster his bottom line with major roles. For the thriller The Little Things, Washington reportedly earned a cool USD$40 million. 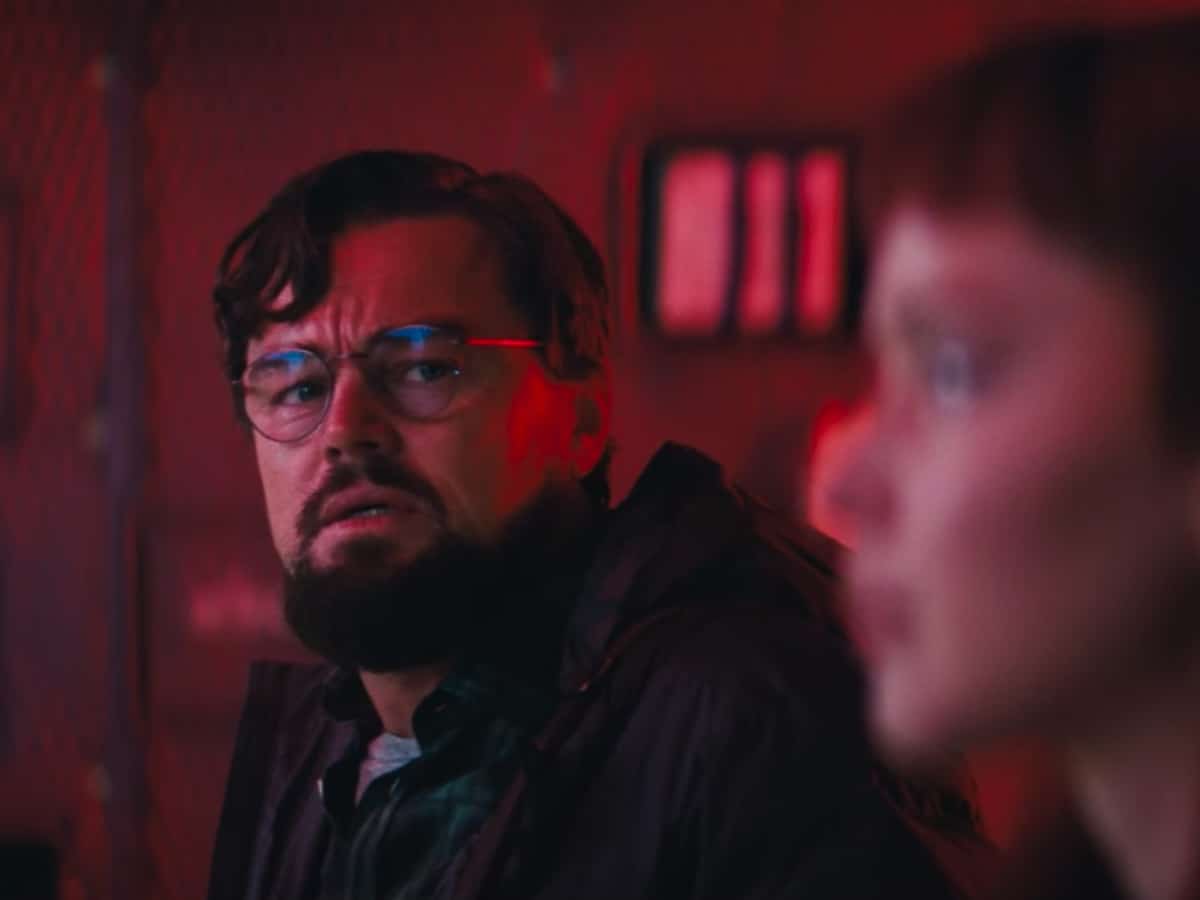 Leonardo DiCaprio is not short on cash and in 2021, the actor is back to his best. For the upcoming sci-fi thriller Don’t Look Up, DiCaprio and co-star Jennifer Lawrence are making some serious cash. The leading man managed to score a whopping USD$30 million, thanks to a combination of signing salary and back-end projections. 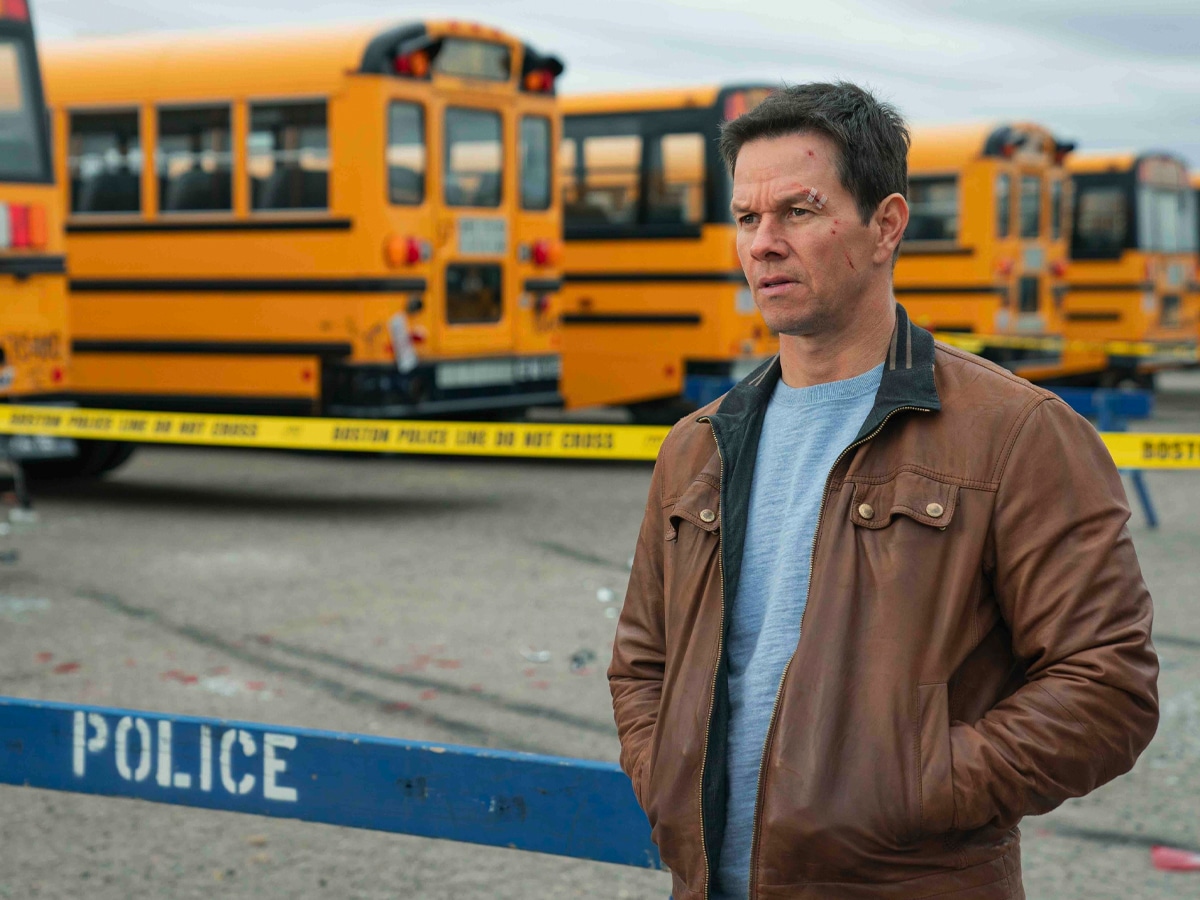 Another Netflix special, Spenser Confidential was a surprising hit for Mark Wahlberg. The action/comedy wasn’t Oscar-worthy by any stretch, but it landed in the right place at the right time. Release at the height of the pandemic, the film was one of the most watched films of 2021. 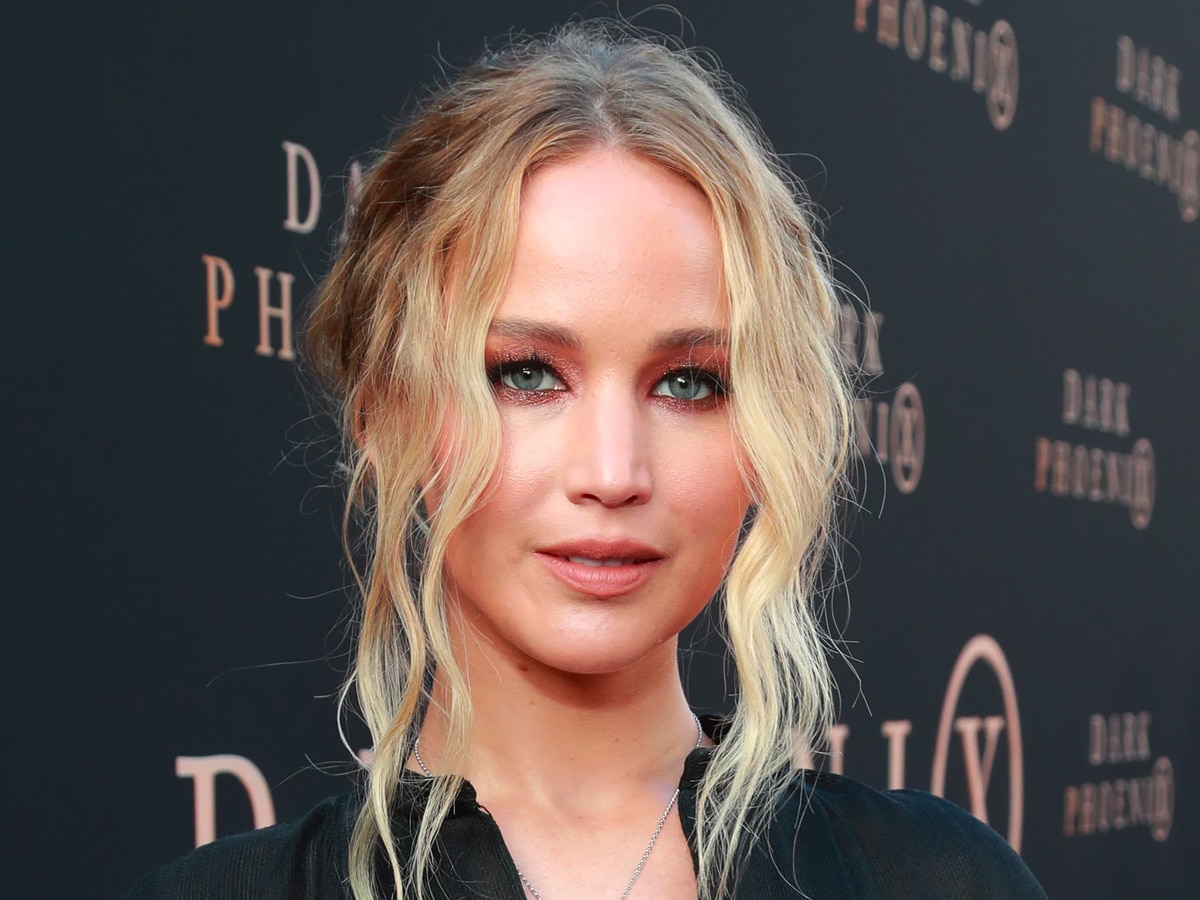 The budget on Don’t Look Up must have been enormous. To go along with co-star Leonardo DiCaprio’s USD$30 million salary, Oscar-winner Jennifer Lawrence also managed to net USD$25 million. As the highest-paid female actor in 2021, Lawrence continues a run of successful years in front of the camera. 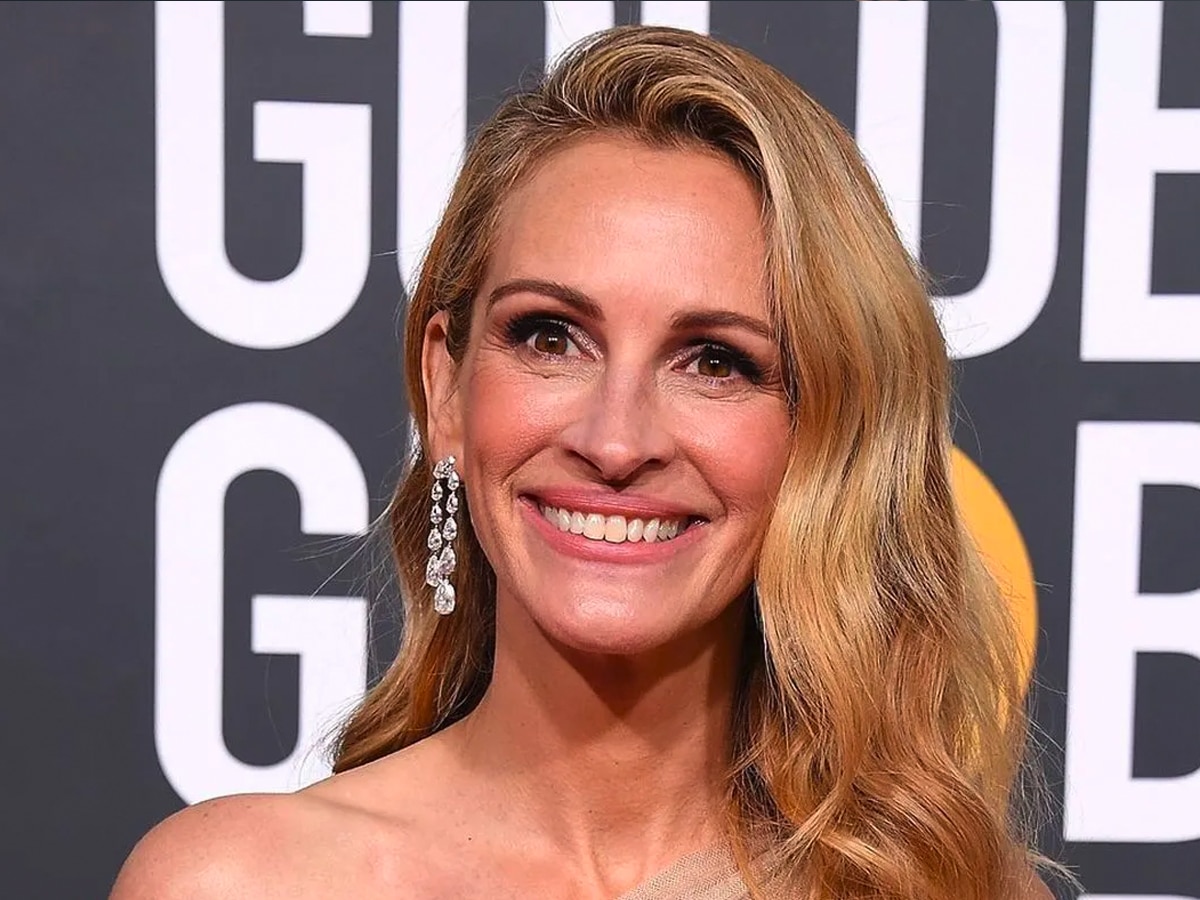 Julia Roberts is set to score a wealth of cash in the coming months, after signing on to star in the family drama Leave the World Behind. Based on the upcoming Rumaan Alam novel, the film will premiere on Netflix and also stars rich-lister Denzel Washington. 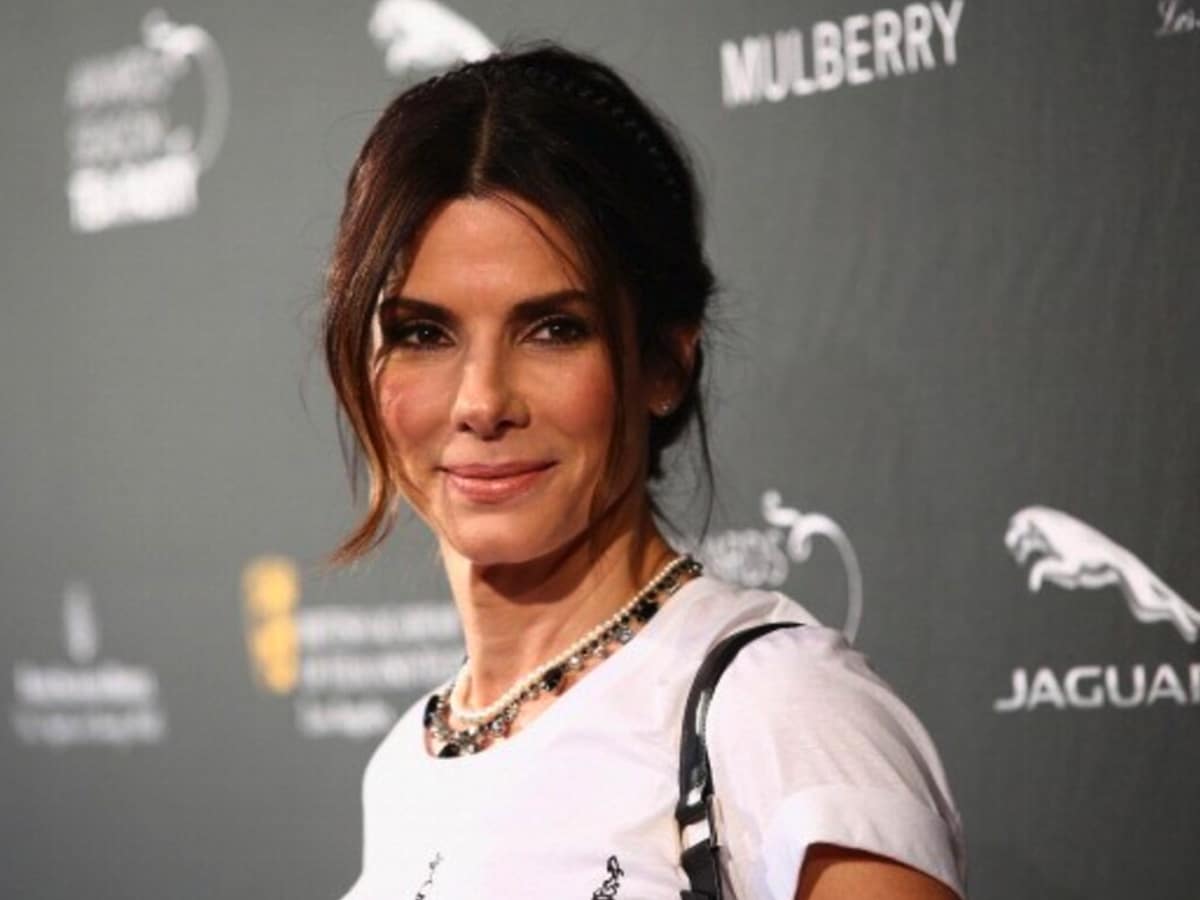 We’re not saying The Lost City of D sounds silly, but it’s probably not high on our watch list. Sandy B’s new flick tells the story of a reclusive romance novelist who, while on a book tour with her cover model, gets swept up in a kidnapping attempt that lands them both in a cutthroat jungle. Sure, it’s not a world-beater but it still netted Sandra Bullock USD$20 million and ninth spot on the highest-paid actors list for 2021. 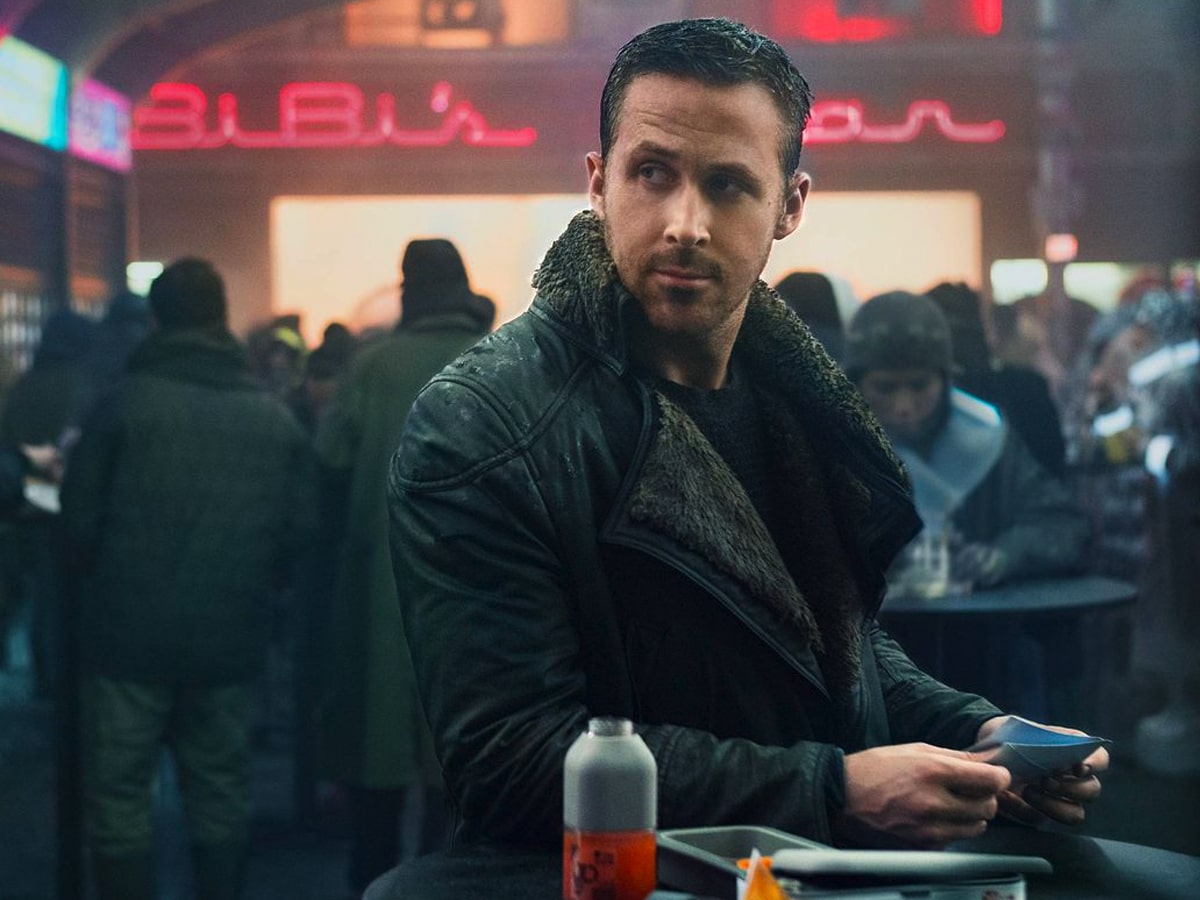 Initially reported as one of the most expensive Netflix films to ever be produced, The Grey Man sees Ryan Gosling back to his sci-fi thriller best. The Blade Runner 2049 actor signed on to the Anthony and Joe Russo film earlier this year, earning a USD$20 million salary in the process. Thor: Love and Thunder, Taika Waititi’s follow-up to the hyper-colour hit Thor: Ragnarok is set to be one of the biggest film premiers of the year, and understandably, star Chris Hemsworth is demanding a massive pay cheque. While it may be less than Avenger’s co-star Robert Downey Jr. scored for Endgame, Hemsworth’s USD$20 million salary is still good enough to make the top-earning actors 2021 list. 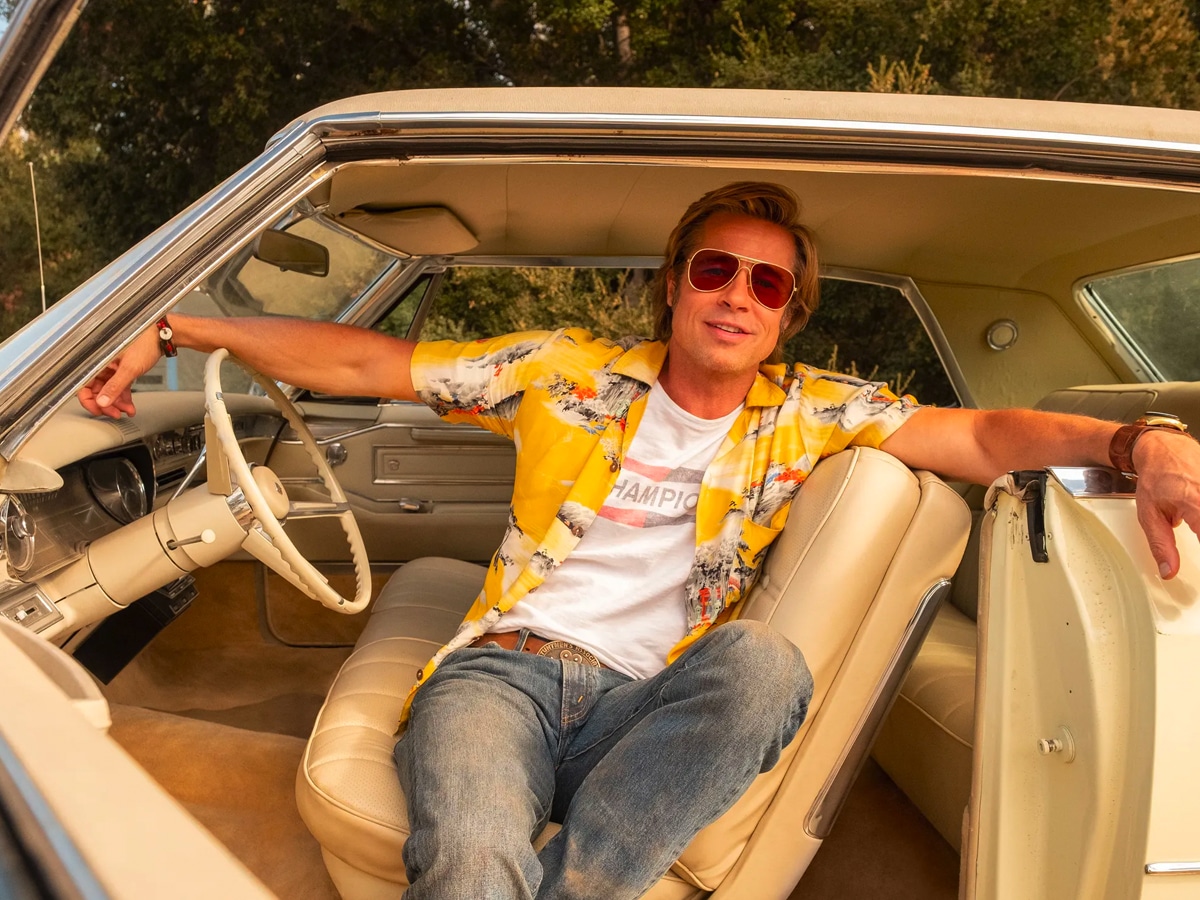 Set to join fellow rich-lister Sandra Bullock on Bullet Train, fan favourite Brad Pitt is swelling his bank account in 2021. The Oscar winner signed on to the upcoming action thriller earlier this year and is set to lead an all-star cast in a whirlwind adventure. 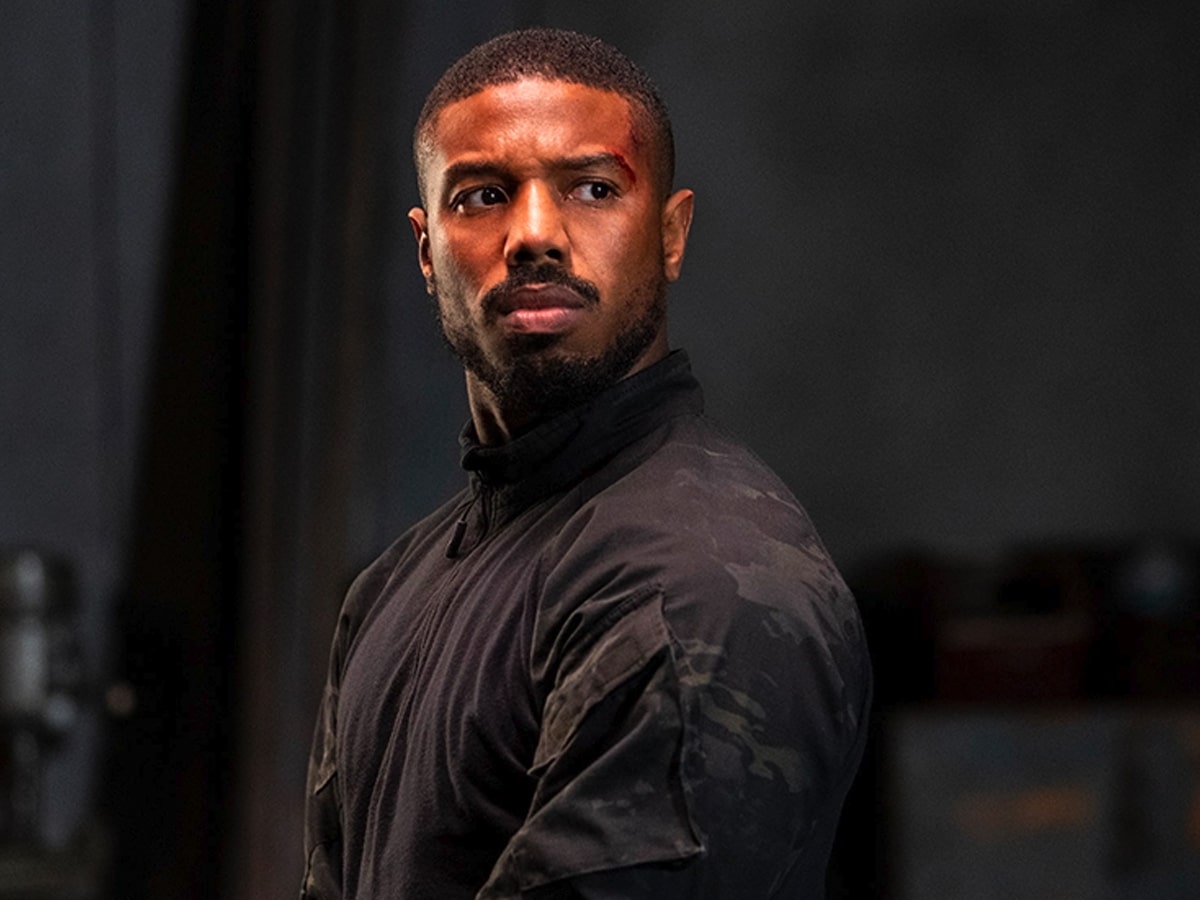 It was one of the biggest movies on Amazon Prime Video and unsurprisingly, Without Remorse netted lead actor Michael B. Jordan a boatload of cash. According to Variety, Jordan earned a whopping USD$15 million for his role as an elite Navy SEAL seeking justice for the murder of his pregnant wife. 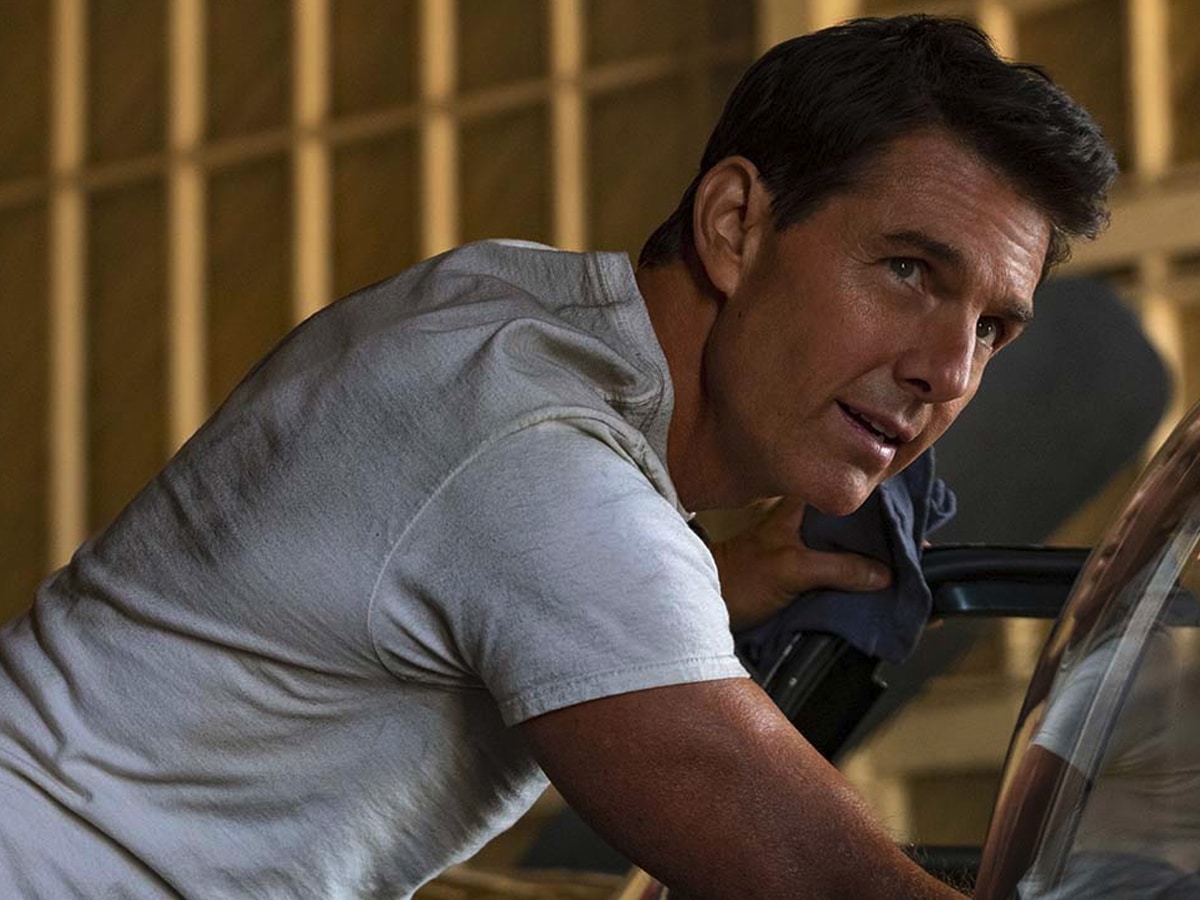 As reported, Cruise is one of the only actors to make the highest-earning list that plays on both sides of the equation. Not only is Cruise set to score a huge amount of money from back-end box office participation for the upcoming Top Gun sequel, he’s also signed an initial payment plan. Smart man. 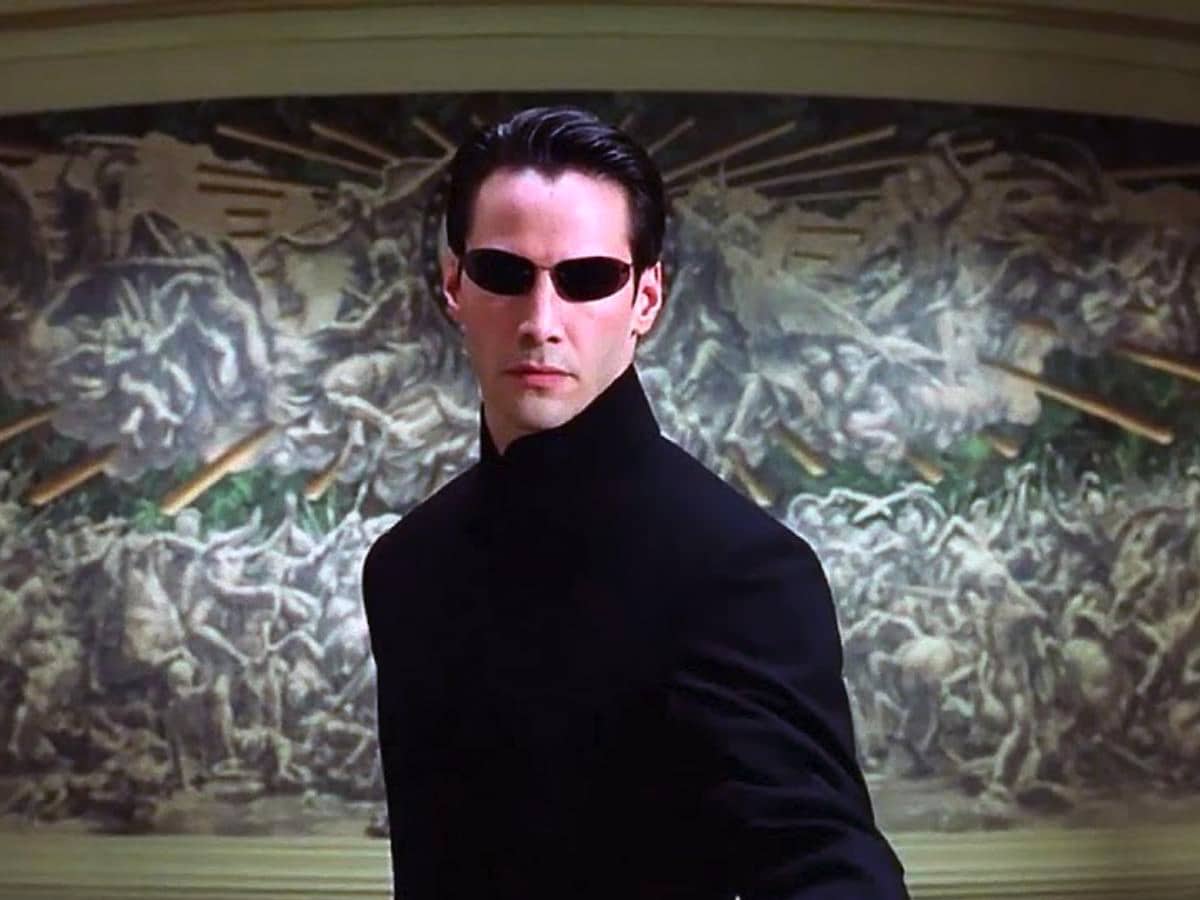 While it’s not the USD$30 million he earned for the original films, Keanu Reeves’ return to the Matrix hasn’t been without reward. Everyone’s favourite emotionless actor is set to score between USD$12 and 14 million for his role in the long-awaited sequel to the hit sci-fi franchise. 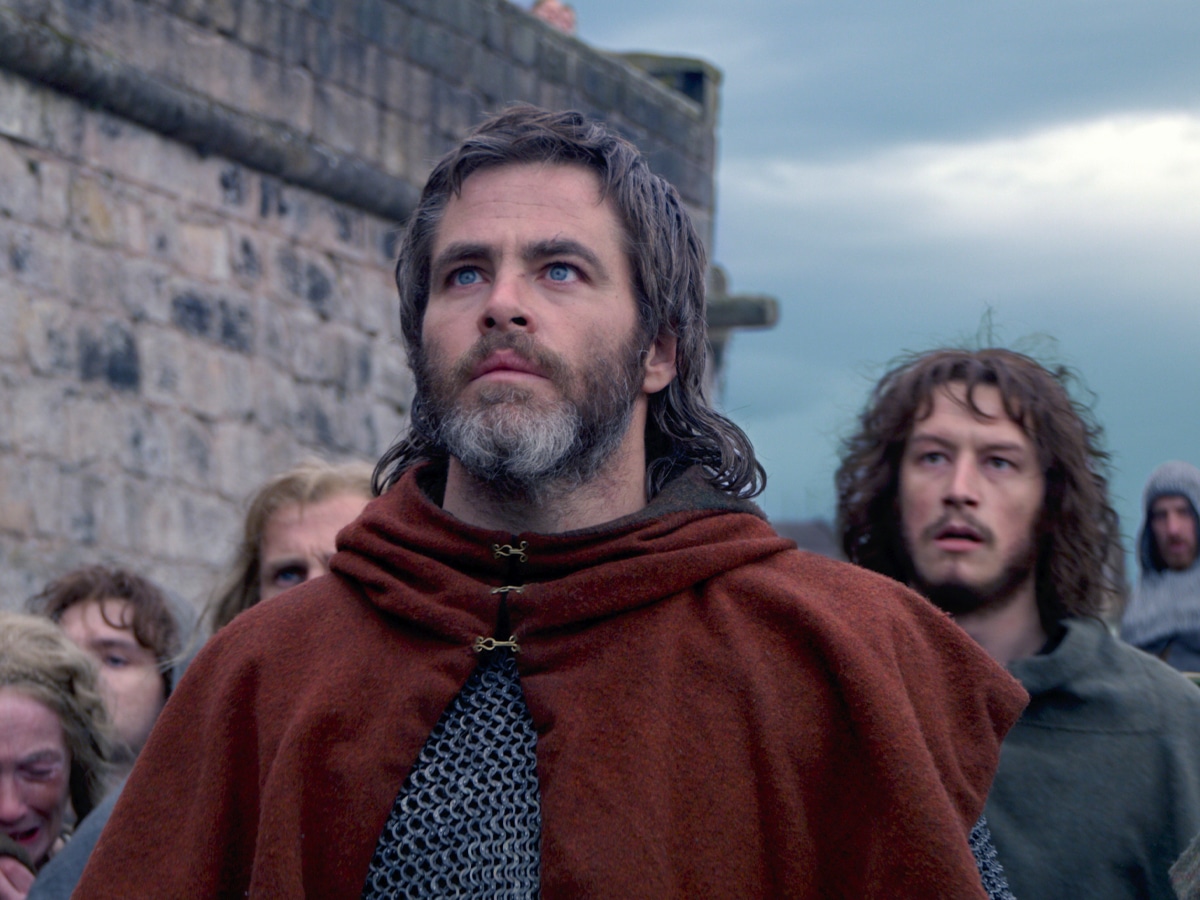 With roles in Star Trek, Wonder Woman and the upcoming Dungeons and Dragons film, you’d be forgiven for thinking uber-chiselled actor Chris Pine is an undercover nerd. Whatever the case, Pine’s bank account is serving up the goods, with the actor set to score USD$11.5 million for his role in the table -top game’s film adaptation. 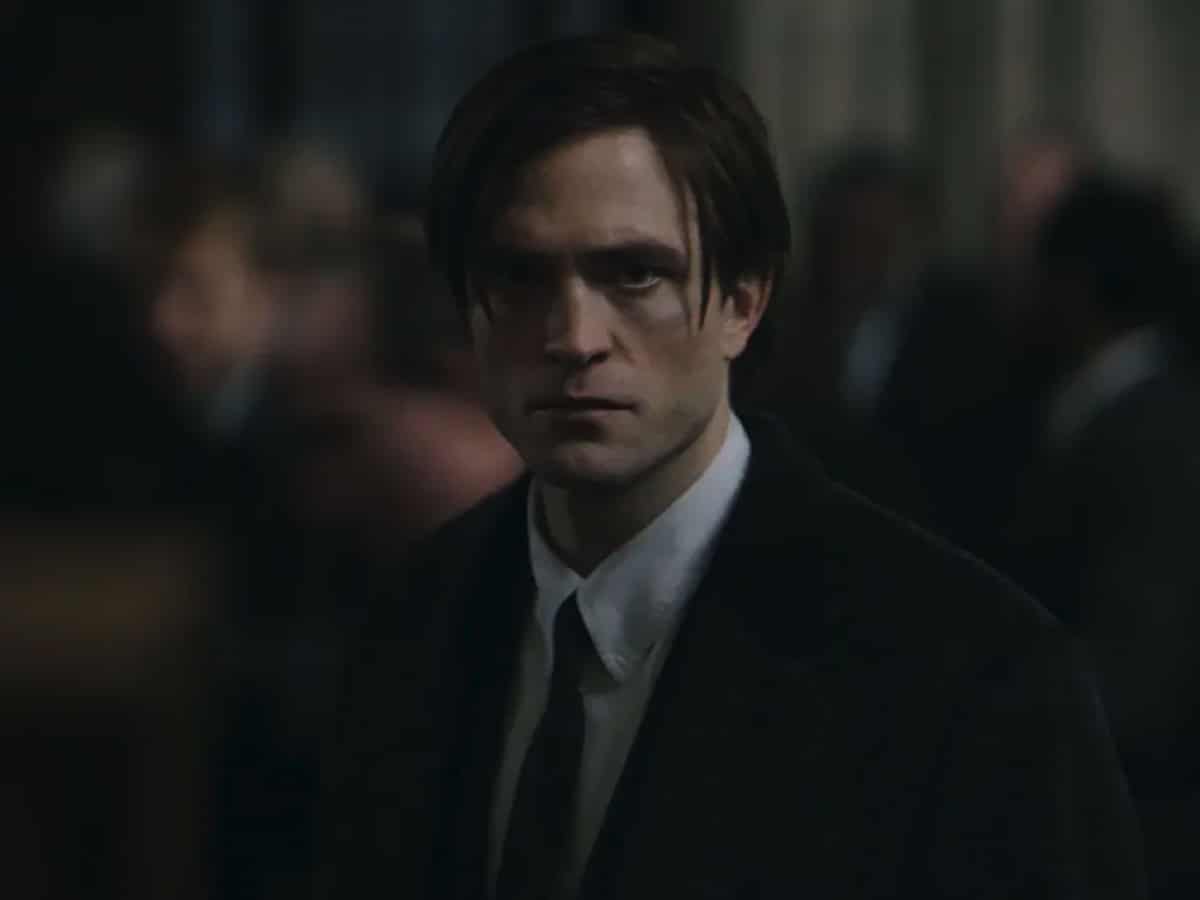 It’s one of the most anticipated films of the decade, but Robert Pattison’s The Batman has already delivered the goods. According to Variety, Pattison has earned USD$3 million for his role as the tormented Bruce Wayne, which is slender compared to some of his A-lister counterparts. With box-office participation certain to make an impact, that figure could dramatically swell once the superhero flick is finally released.

According to the atest reports, Daniel Craig is the highest paid actor of 2021. The English star is set to receive USD$100 million for the upcoming Knives Out sequels.

Who is the highest paid actor in Hollywood?

According to the hip-pocket, the highest-paid actor of all time is Tom Cruise. The American star has reportedly earned over $500 million exlusively from his film career.

Who is the richest actor in the world?

Shah Rukh Khan, widely regarded as “The King of Bollywood” is reportedly the richest actor in the world – based off performance salary. With over 80 films under his belt, the actor has secured an estimate USD$600 million for his roles.