We all know life’s pretty good if the biggest news in the world right now is Lebron James going to the Lakers and 2032 Olympics Officially Coming to Brisbane wearing some new threads. Sports stars like these live their lives in the public eye and it’s only fair that they capitalise on their notoriety. It’s a funny thought. Some of the biggest sporting stars earn the majority of their money without having to kick, bounce or throw a ball at all. This all comes down to one magical word. Endorsements.

Brands endorsing athletes is nothing new. Since the 1920s and Babe Ruth’s underwear line, athletes have been leasing their own personal brand to be tacked on to the latest and greatest sporting products available. Back in the day, athlete endorsements seemed to always be a side gig. A bit of money on the side to complement their sporting earnings and achievements. Nowadays that isn’t the case.

Enter Micheal Jordan and Phil Knight. When MJ first penned a five year $7 million deal with Nike in 1984, he didn’t know it yet but, he had just set a precedent for athletes of the future playing a larger role in the burgeoning sport and streetwear business sphere.

In the following 30 odd years, almost every year, we have witnessed the biggest sports endorsements we’ve ever seen. The primary source of income for athletes has shifted predominately towards endorsement deals. Any sports star worth their salt is backed by an equally prominent sports brand. Here is a handful of the largest endorsement deals in the modern sporting era. 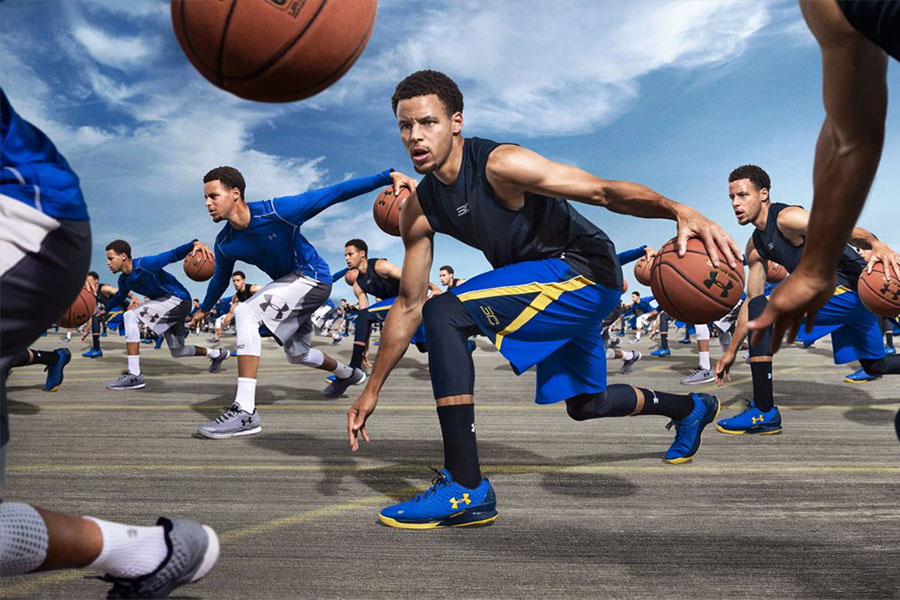 Steph Curry comes in at No. 9 on the Forbes list of World’s Highest-Paid Athletes 2019. However, his annual contract with Golden State whilst still being a generous $34.9 million is exceeded substantially by his endorsement income of $42 million, with one of the largest shoe contracts of all time. This makes Curry’s endorsement deal with Under Armour the fourth-highest endorsement deal of any athlete globally, and one of the highest endorsed athletes of all time. One of the most recognisable faces in the world, Cristiano Ronaldo is an ad man’s wet dream. As the face of football, Ronaldo has a unique European and global influence that many NBA players and other athletes just can’t compete with. A lifetime endorsement deal with Nike is set to exceed $1 Billion making him arguably the richest of all Nike sponsored athletes in the world. Ronaldo also rakes it in from other endorsements with brands such as Herbalife, EA Sports, and American Tourister. He is the third highest-paid athlete globally, and thanks to being one of the Nike lifetime athletes, has the third most valuable endorsement package. 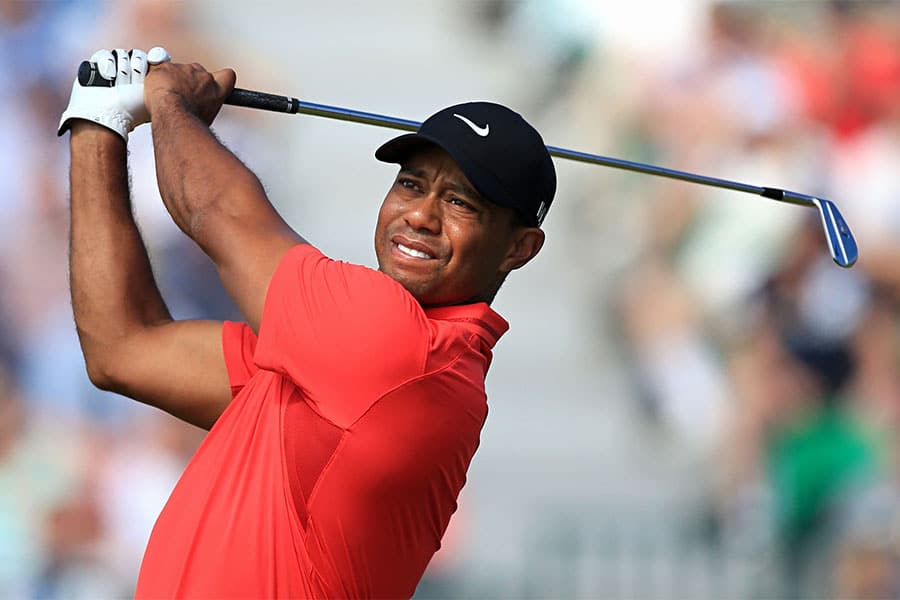 Before the 2009 infidelity scandal hit home, Tiger Woods was on track to become the first athlete to make $1 Billion USD. At the time, his Nike endorsements equaled the biggest endorsement deal for a pro athlete, and Tiger was one of the most endorsed athletes in the world. Despite Tiger losing a handful of his endorsers over the incident, key sponsors like Nike and EA Sports stood behind him. With a redemption tale in full swing, (pun intended) Tiger has continued to be one of the highest-paid athletes of all time with his total wealth exceeding $1.5 Billion in 2018 and only 10% of this attributed to prize money. 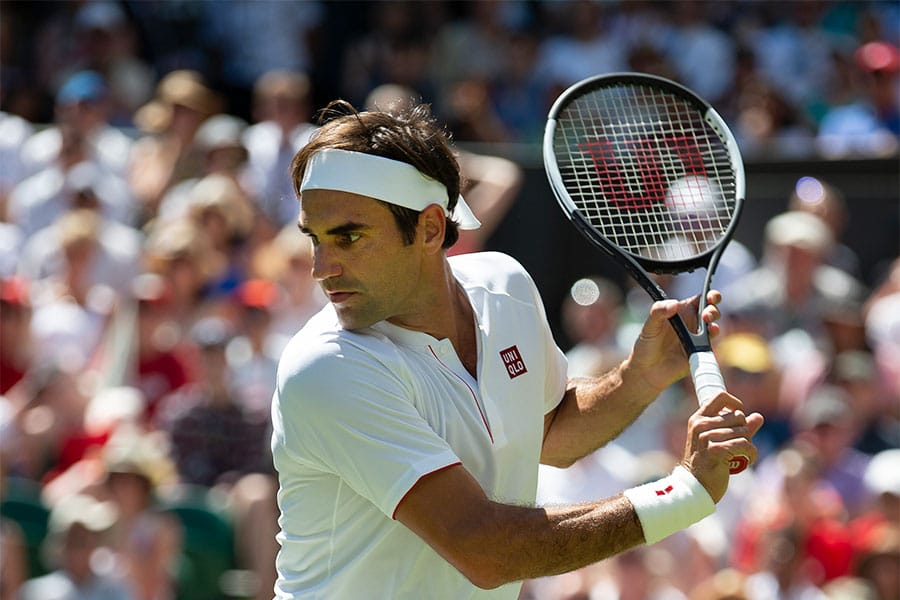 Another example of when an athlete’s individual brand eclipses the endorser, is Roger Federer. In previous tournaments, the 20 time Grand Slam winner has been synonymous with Nike the brand. For decades, Federer has been the beneficiary of Nike’s biggest sponsorship deals. But as Feds stepped out on to centre court at Wimbledon on Monday he was seen decked out by the Japanese designer INTERVIEW: Valtteri Bottas on Formula 1, Watches and Racing His Wife. It seems the Fed Express will be just fine without Nike endorsements. This new deal is potentially worth $300 million over ten years which would surpass his 20 year deal with Nike that earnt Federer in the ballpark range of $150 million and making it one of the biggest endorsement deals of all time. 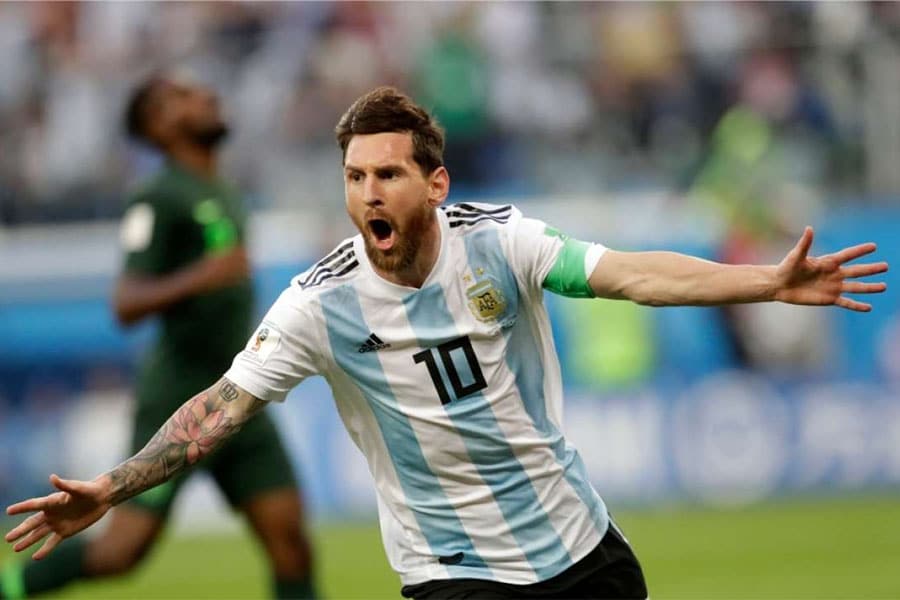 Despite being the second-highest-paid athlete in the world, and widely regarded as one of the greatest footballers of all time, Lionel Messi comes in last on this list of highest endorsement deals. His measly yearly endorsement income of $27 million would look embarrassing if it wasn’t paired with an annual salary in excess of $80 million. Still, don’t feel too bad for old mate Messi. He is still one of the highest-paid Adidas athletes ever. And, in the time it will take you to read this article, he would have earnt about $520 dollerydoos from Adidas endorsements without lifting a finger. 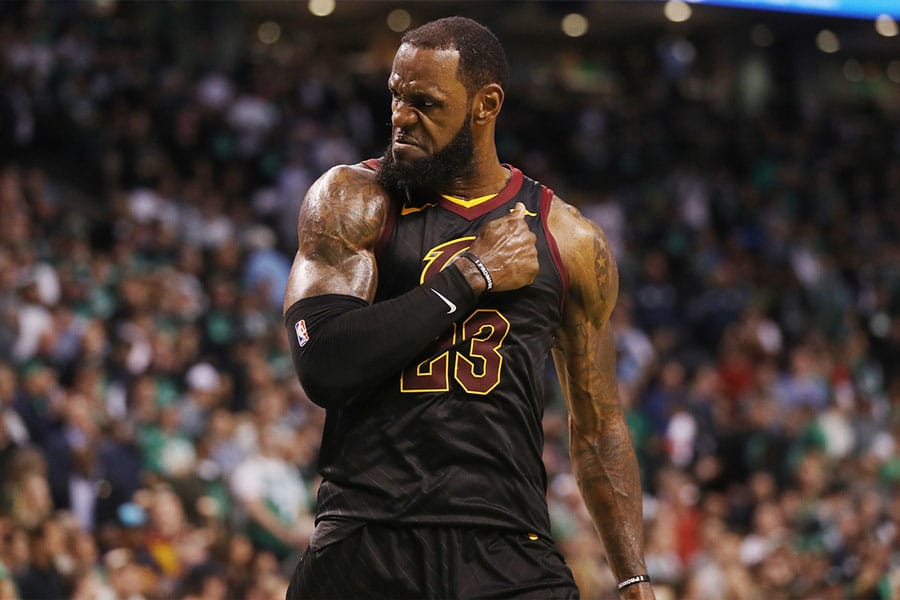 Lebron James is commonly considered one of the greatest athletes to ever grace the NBA and professional sport with his presence. A No. 1 overall draft pick straight out of high school cemented Lebron as the biggest endorsement opportunity since Tiger Woods. Before Lebron even stepped on an NBA court, he had become a millionaire through endorsement offers. At the age of 18, Lebron turned down a $10 million check from Reebok to not meet with Nike and Adidas. The footwear behemoth, Nike soon swooped in on Lebron and in 2015 he resigned for an unheard of $1 Billion (minimum) lifetime deal – one of the largest (if not the largest) Nike endorsement deals in history. Is there any better contract than a Nike lifetime contract?

Which athlete has the most endorsements?

Roger Federer, a Swiss tennis player, is the highest-paid athlete in the world. He made $100 million from endorsement deals in 2020.

How much does Nike pay in endorsements a year?

Nike is one of the biggest sponsors in the world, spending over $6 billion annually on athlete endorsements and sponsorships.

Who has a lifetime contract with Nike?

Cristiano Ronaldo has a lifetime contract with Nike, he is considered to be the highest-paid athlete in the world.