If there is one thing we love at Man of Many, it’s the fine taste of Irish Whiskey. The sweet, layered textures of a top-shelf single malt just can’t be ignored, but getting your hands on precisely that is not always easy. It’s a big reason why whisky subscription services have taken off down under, and none more successfully than The Whisky Club. The service grants access to some of the most exclusive releases on the market, and its latest collaboration with Irish whiskey house Bushmills has us champing at the bit. 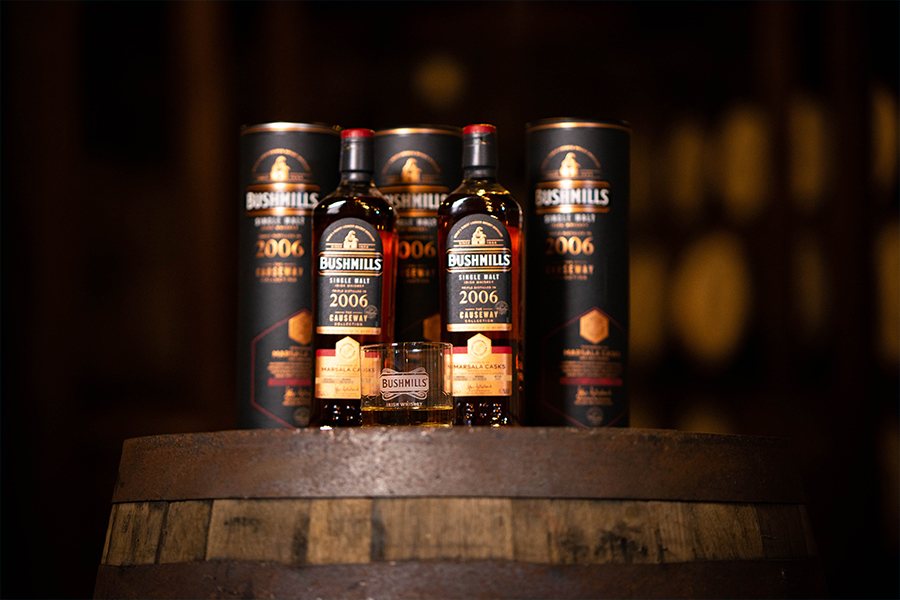 Entitled The Causeway Collection, the new series of limited-edition single malts from The Old Bushmills Distillery brings to life a series of rare and innovative cask finishes never seen or sipped before. With a history that dates back to 1608, Bushmills would be forgiven for sticking to the tried-and-tested, but trust us when we say, The Causeway Collection is anything but expected.

Helen Mulholland, Bushmills master blender reveals that the new collection was named after the legendary Giant’s Causeway, which flanks the village of Bushmills and the old distillery on the County Antrim coast of Ireland. “Just a stone’s throw from the distillery, the Giant’s Causeway has always inspired me,” Mulholland tells Man of Many. “It is an elemental and enigmatic place full of wonder, legend and geology. Where extraordinary hexagonal basalt columns, honed over millennia, form a unique interlocking series of steps found nowhere else in the world – much like the expressions in this Collection.” 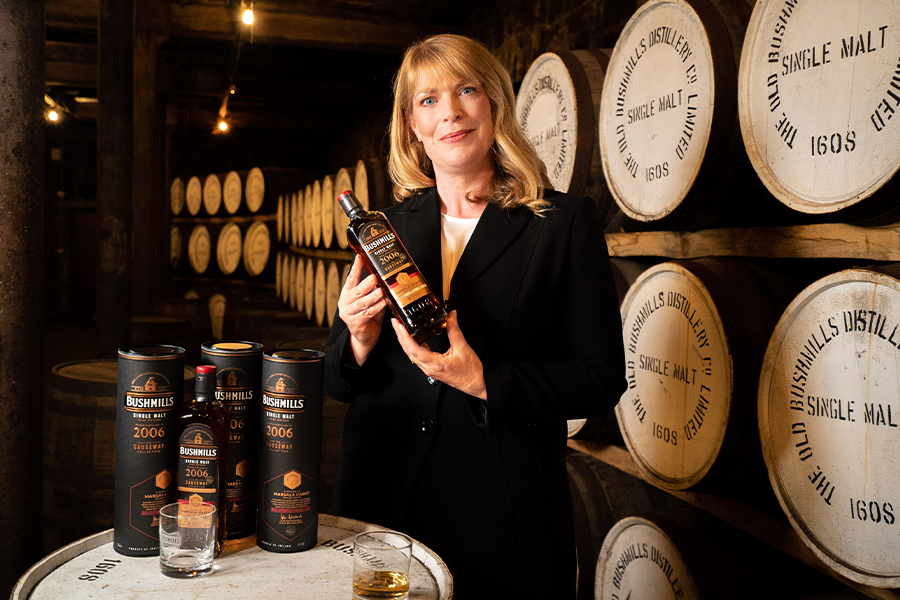 Kicking off with the Bushmills 2006 Marsala Cask, The Causeway Collection takes things in a bold, new direction for the Irish heritage distiller. This whiskey has undergone over 12 years of ageing, in a combination of oloroso sherry and bourbon casks before finishing in marsala casks for an additional 18 months.

“The extra finishing time makes the sweetness more complex and caramelised, turning to a honeyed nuttiness,” Mulholland says. “The unusual marsala casks, sourced from the island of Sicily, impart succulent spiced fruit notes and a brown sugar sweetness. The global launch of The Causeway Collection represents a bold new step for us, an exciting time as we, at last, share these rare cask finished editions.”

The Bushmills master blender suggests the complex nature of the new 2006 Marsala Cask finish is ideal for those whiskey drinkers looking for something out of the ordinary. “Whiskey is a sensory journey of sight, smell and taste. It is a spirit to be savoured, the colour of the liquid, the first aromas and the subtle flavours that come to the fore as you sip are all imparted by the spirit’s maturation process,” she says. “Innovation is at the heart of what we do and this year we are focusing on new product development with the release of The Causeway Collection 2006 Marsala Cask finish.”

But despite the exclusivity of the new release, for the first time ever, you can get your hands on the innovative collection, without ever leaving your house. 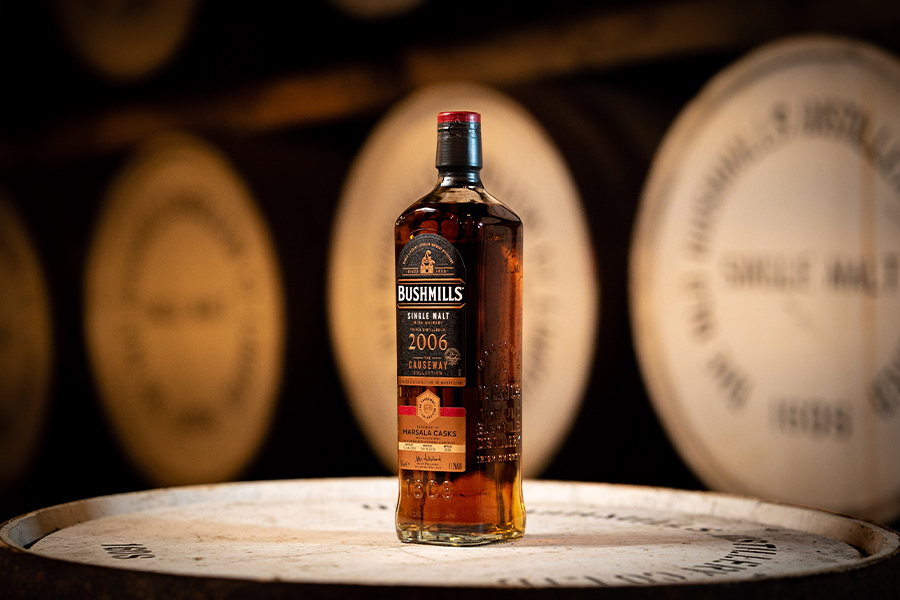 According to Bushmills master blender, the new 2006 Marsala Cask finish will be available exclusively for The Whisky Club members. “We have partnered with Australia’s largest whiskey subscription service, The Whisky Club, to reward whiskey lovers with the first release of Bushmills’ limited edition finishes here in Australia,” she says. “This is a very exciting time for Bushmills. We continue to experience consistent demand for our single malt expressions globally and we work hard to make sure we’re releasing new variants for whiskey lovers.”

Beyond the exclusive 2006 Marsala Cask release, The Whisky Club is also offering up some of Bushmills’ most celebrated whiskies. The full Bushmills range, which includes the coveted Black Bush and aged single malts; 10-year-old, 16-year-old and 21-year-old will all be made available to The Whisky Club members.

“Our vision is to bridge the gap between distillery and consumer, to give our members a taste of something special that you just can’t get anywhere else, direct from the maker to the drinker,” Bertie Cason, The Whisky Club co-founder says. “The Causeway Collection 2006 Marsala Cask is a prime example of this and we’re thrilled to be working with Bushmills on this delicious history-making malt, made exclusively for our members.”

But time is running out to score a shot at the 2006 Marsala Cask finish. You’ll need to join The Whisky Club via the official website and choose your membership level ahead of October 4th to ensure your access to the Bushmills 2006 Marsala Cask from The Causeway Collection. If you are looking to be a little adventurous, The Causeway Collection might be right up your alley. 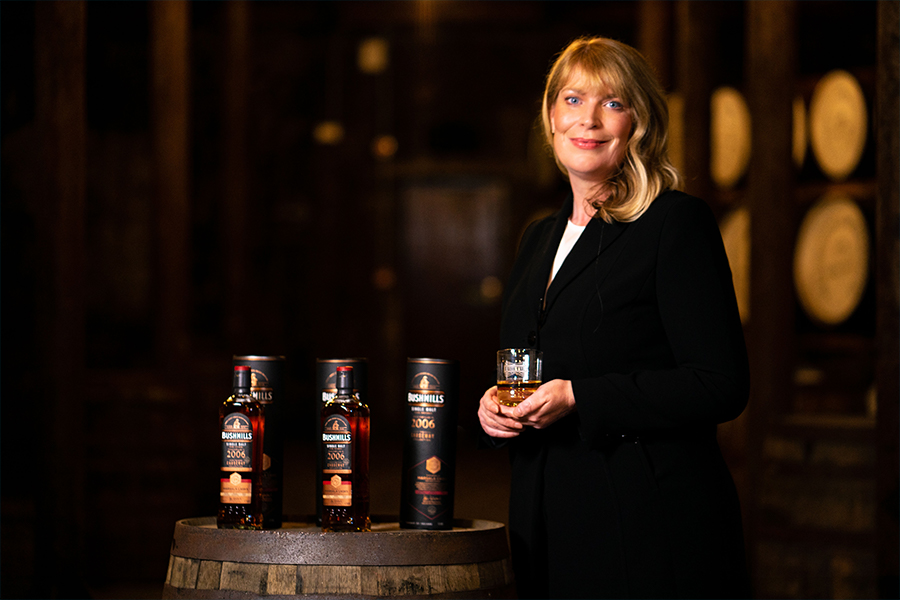 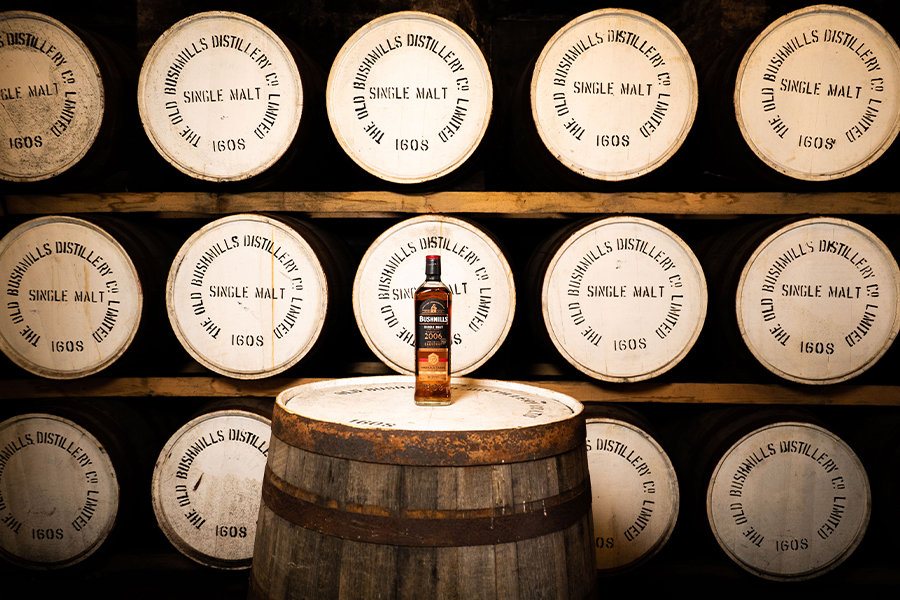 What kind of alcohol is Bushmills?

Bushmills Original is a blend of triple distilled malt whisky and a light Irish grain whiskey.

What is the most expensive Bushmills whiskey?