There’s nothing quite like raising a glass of your favourite Scotch, Irish, or Australian Whiskey. While the liquid inside the glass is the most important factor, the glass we drink it from is equally as important to dram aficionados. While some like standard glass, others like a bit of drama or design when it comes to their go-to glasses and we think we’ve found the best middle-ground here with Whiskey Peaks. Huckberry’s popular Whiskey Peak glasses were first created in 2016 to commemorate the National Parks Service centennial, but since then the brand has become a favourite of ours, and other whiskey drinkers and even beer drinkers alike.

Each glass features the raised topographic impressions of the world’s greatest mountains moulded into the bottom of each glass. From their classic lineup of American peaks including the Rocky Mountains and Mount Rainier, all the way to a brand new set of international mountaintops, including the Matterhorn, Mt Kilimanjaro and Mt Everest (with basecamp). Each Whiskey Peaks glass allows you to celebrate or just sip your favourite whiskey, beer or drink savouring in style no matter which mountain range you choose. We’re rounding up some of our favourite Whiskey Peaks glasses below. 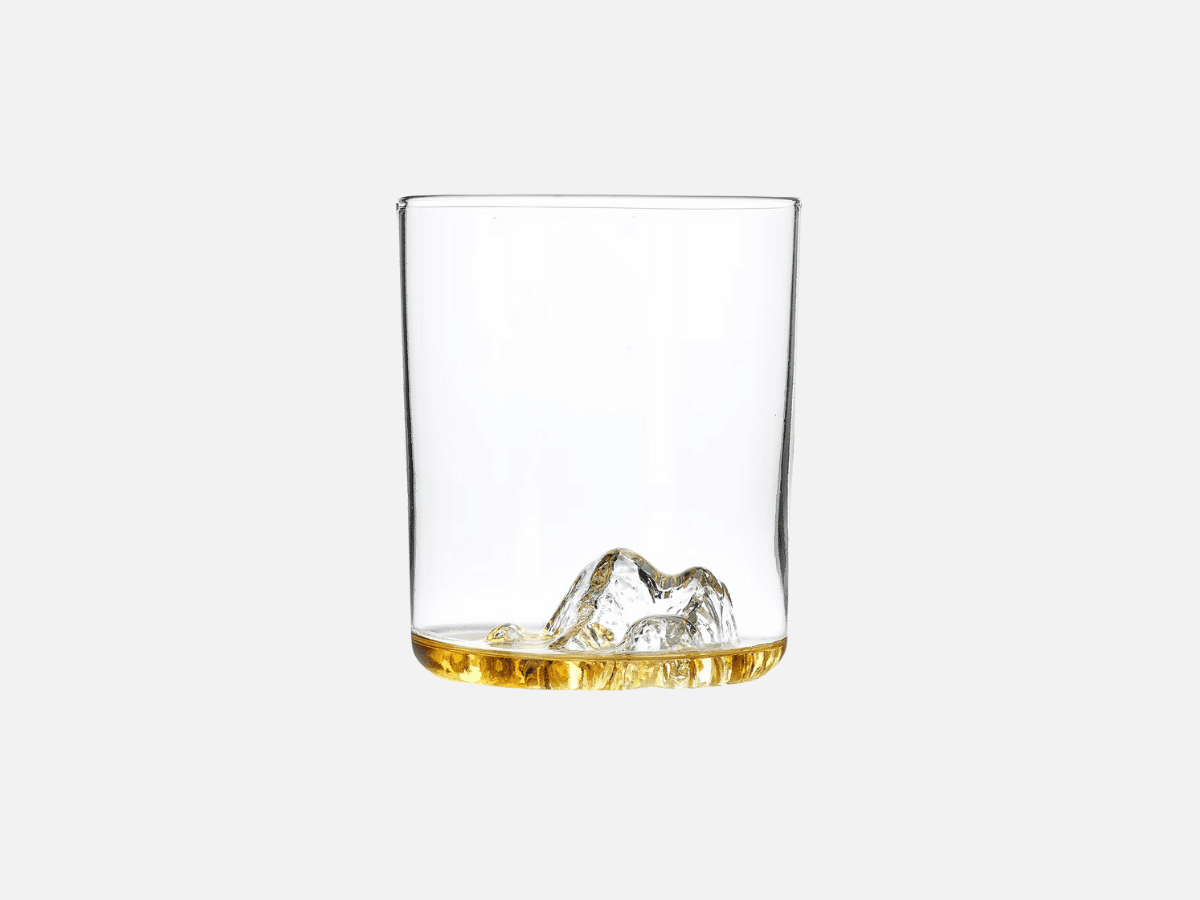 This unique set of Whiskey Peaks Whiskey Glasses consists of a handsome set of two handblown whiskey glasses made from premium 100% lead-free glass. This set features a raised topographic impression of one of the greatest and most known peaks in the world as well as the name of the mountain engraved on each glass. These light and durable Whiskey glasses feature the raised topographic impression of Mount Everest as well as the Everest Base Camp. As each Whiskey Peaks Glass is handmade and handblown each glass may have slight variations and possible small air bubbles – $24 USD. 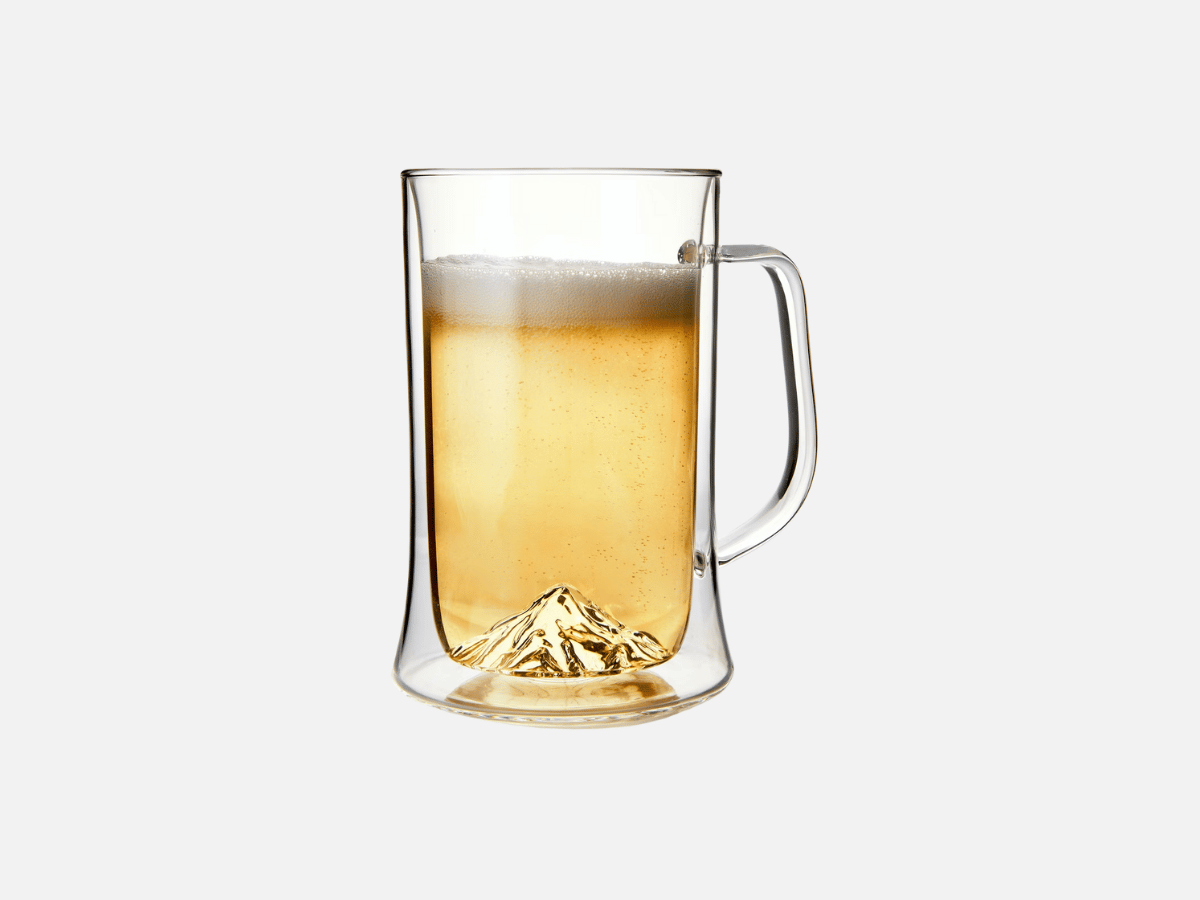 Recently Whiskey Peaks have broadened its horizons extending to the world of beer. They’ve expanded the collection to include the iconic design in a beer-friendly construction for all the barley heads out there. The Whiskey Peaks Double Wall Beer Stein is still handblown and made from premium lead-free glass by expert craftsmen, just like the iconic Whiskey Glasses. And just like the iconic Whiskey Glasses each stein is designed in San Francisco, CA  and made in Chengde City, China. Each glass features a raised topographic impression of Mt Hood, a still potentially active volcano and one of the crown jewels of the Pacific Northwest. The Whiskey Peaks Double Wall Beer Stein is also a Huckberry-exclusive and the Double-wall also keeps your beer colder for longer – $24 USD. 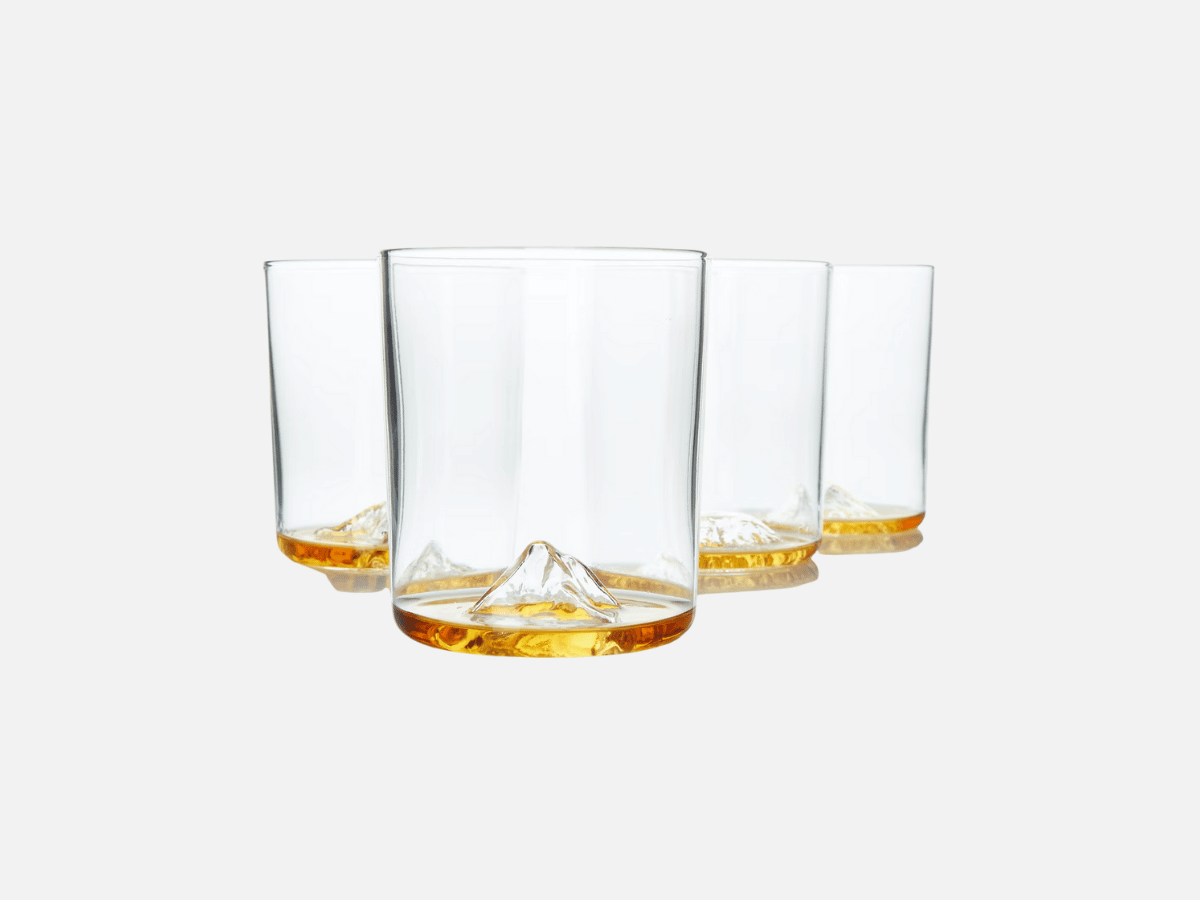 The set of four Whiskey Peaks International Mountains Whiskey Glasses is a Huckberry-exclusive. This set consists of a handsome set of four handblown whiskey glasses that are made from 100% lead-free handblown glass which is lighter than leaded glass and equally durable. Each Whiskey glass features a raised topographic impression of four of some of the greatest, most majestic international peaks. The set features the topographic impression of the Matterhorn, Mt Fuji, Mt Everest and Mt Kilimanjaro as well as the names of each mountain engraved on each glass. Due to the handmade nature of glass blowing, each glass may have slight variations and possible small air bubbles. The Whiskey Peaks International Mountains Whiskey Glasses will keep you inspired and sippin’ “on the rocks” whenever 5 o’clock calls – $52 USD. 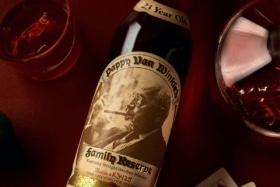