Want the body of a 16-time World Wrestling Champion? Then you need John Cena’s workout and diet plan, the brutal and gut-busting regime of the Hollywood bigshot. Not to be blunt but John Cena’ body is one of the biggest and broadest we’ve seen grace the silver screen. The professional wrestler-actor-tv-personality and philanthropist has solidified his name worldwide and immortalised his out-of-the-ring persona. The ex-bodybuilder is also hailed for his herculean physique that’s had men wondering — what’s the secret? And even though he’s not the first jacked A-lister we’ve looked at, both John Cena’s diet & workout plan are definitely worth copycatting. 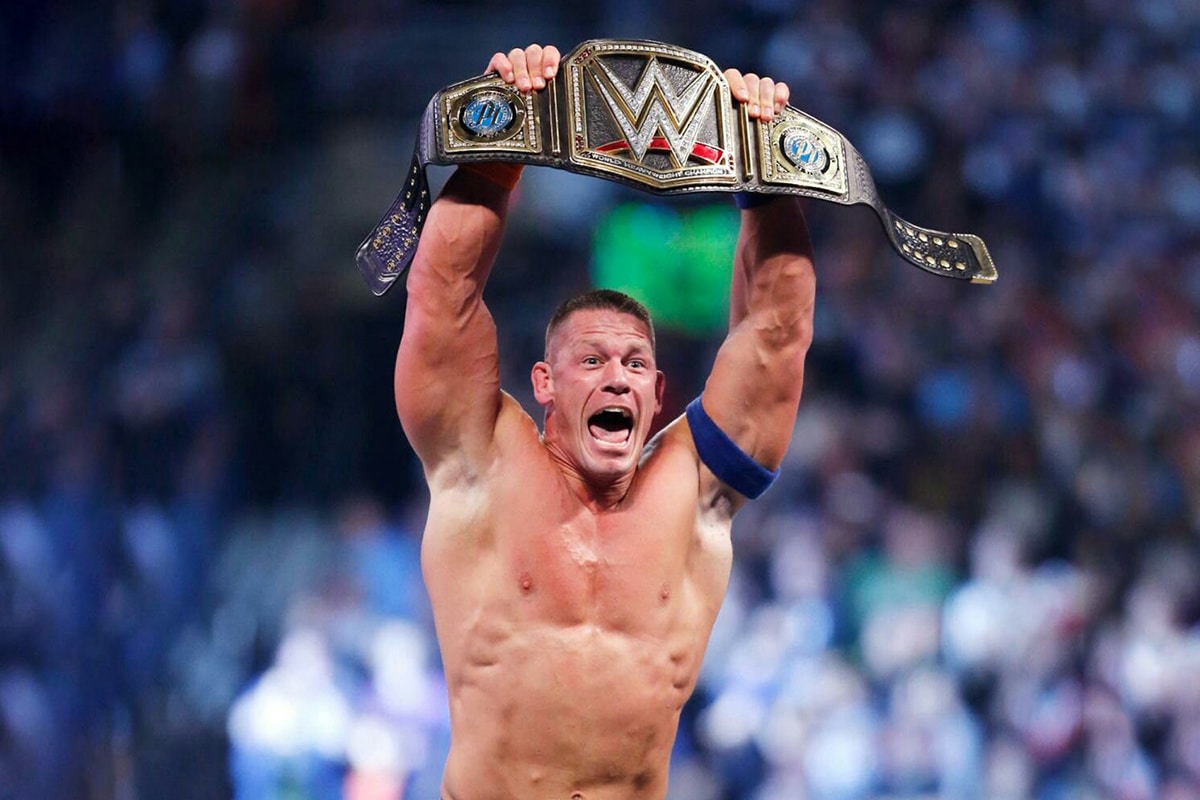 Who is John Cena?

John Cena was born and bred in Massachusetts, the second eldest of four male siblings. Since a young age, Cena was fascinated with bodybuilding and took up the sport in his late high school years at a private boarding school. He later studied exercise physiology at Springfield College, graduated and moved to Los Angeles to pursue a career in in the sport, working as a security guard and limo driver to make ends meet.

In 2000, Cena made his amateur debut in the world of entertainment wrestling and wrestled under the ring name The Prototype. His professional debut didn’t come until 2005 when answering to a call-out fight by Kurt Angle; his career soared from there. Today, Cena is a four-time world tag team champion, 16-time world champion and a record-holding 13-time WWE Championship. The wrestling icon is also a Hollywood superstar, having taken up acting in 2006 in The Marine, however, the big dog is currently suiting up for the upcoming blockbuster F9, the latest instalment in the hit Fast and Furious franchise.

A professional wrestler, veritable hulk, adept trash talker, tv personality, philanthropist and all-around top bloke beloved by millions worldwide; what’s not to follow about this guy? His charisma and work ethic continue to stretch beyond the ring and into the lives of admires. 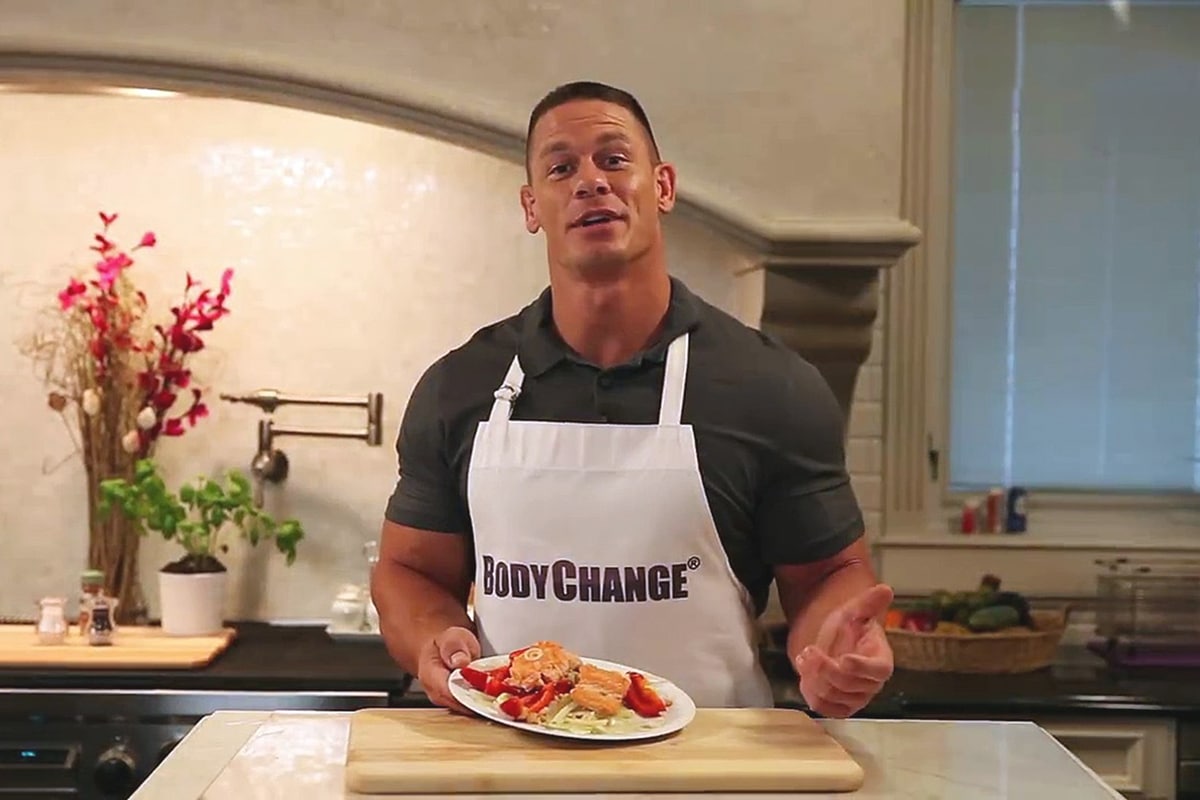 To many of the gym junkies dieting when weight training, there’s a disclaimer to following Cena’s diet regime: it’s somewhat bland — but that doesn’t mean you can’t switch it up a bit. Describe as being “heavy on protein, light on flavour” by MensHealth, the seven-meal a day diet comes to an estimated total of 3,600 calories, comprising 450 grams of carbs, 290 grams of protein and 65 grams of fat. The diet he’s constructed is to replenish the body after his gruelling workout sessions. The Cenation Leader’s diet plan provides all the daily dietary requirements of clean meats, fruits, vegetables, grains & cereals and supplements. 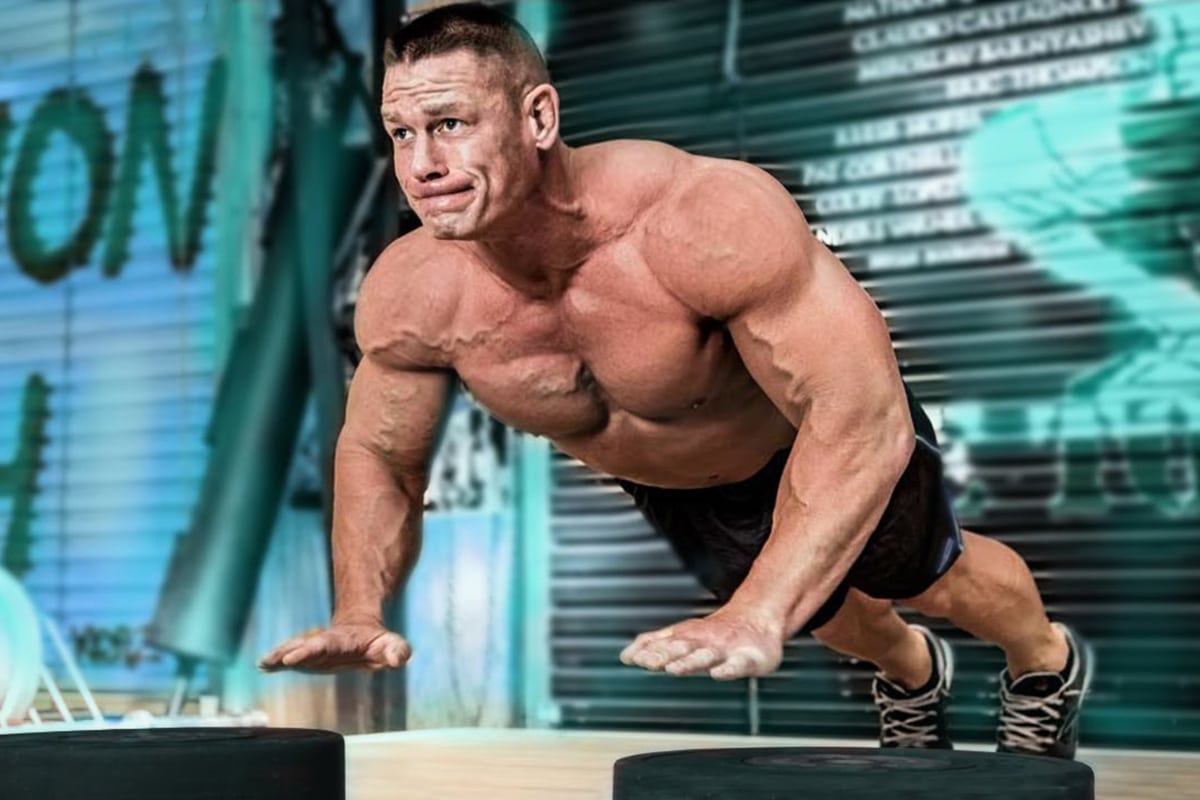 For a man whose catchphrase is “you can’t see me”, his brawny physique and athleticism can’t be overlooked. The secret to his aesthetically insane body is the fusion of challenging training sessions that he completes five days a week. And despite the longstanding impression that it’s thanks to his genetic edge that he’s that well-built; interestingly, before taking up weights, the 251 pounds (114 kg) WWE heavyweight was a measly 120 pounds (54 kg) in high school.

But thanks to an unwavering passion for bodybuilding, a strong work ethic and a lot of elbow grease in the gym, Cena has forged an impressive physique. His workout routine is voluminous and hypertrophic (aimed at promoting size more than strength). The regime incorporates light to medium weights, typically of 3-4 sets, with high repetitions (15-20). His training routine is advantageously made up of compound exercises with some isolation exercises to focus on body muscles that need that extra work. Through this regiment and diet, a well-proportioned and shredded body awaits its follower. One’s athleticism will also be enhanced and this help boost performance in physical contact and combat sports.

Cena does a 5-day split with a 2-day rest interval every week. But be warned; his workouts aren’t for the faint-hearted.

So without further ado, we give you Cena’s hardcore workout routine.

Thinking that we’ve forgotten to include his abs workout? Think again. Cena’s finishes off each training session with a light abdominal workout. So to get abs like his, here’s what you’ll need to do:

How much does John Cena’s weigh?

What is John Cena’s height?

What does John Cena eat in a day?

Cena eats a whopping 7 meals per day. Breakfast consists of Oatmeal and eggs. The 2nd meal is a protein bar. His 3rd meal is two chicken breasts with brown rice & vegetables. Meal 4 is a whole-wheat pita with tuna, the 5th is a whey protein shake. Meal 6 (dinner) is chicken with pasta or brown rice and salad. Cena’s final meal is low fat cottage cheese washed down with a protein shake.