Who’s ready for some cricket fitness food, Steve Smith style? While we’re on the subject, how about throwing a Steve Smith workout plan into the mix? Pair these two fundamentals and you just might become one of the best cricketers in the world. Okay, so maybe that’s a little far-fetched, as there can be only one Steve Smith. Nevertheless, maintain a quality cricketer’s diet and workout plan and you’ll be indisputably fit, which is no small feat these days.

A quick refresher: Australia’s Steve Smith is easily one of the best to ever play the sport. The former (and youngest-ever) captain of our national team, his list of accomplishments is near-mythological in scope. As of this article, he’s the highest-ranking Test batsman in the world (according to the ICC player rankings), whose previous Test batting rating of 947 is the second-highest of all time. Meanwhile. that’s just scratching the surface in terms of what Smith has achieved. Put simply, the man is a living legend, and don’t let anyone in India tell you otherwise.

So what’s the secret to his success, one might ask? That brings us back to cricket fitness food and the Steve Smith diet and workout plan. Because cricket requires copious amounts of energy and focus, the best players maintain fairly strict fitness regimens. Yes, training and competition help keep people like Smith in shape, but so does a healthy nutrition program along with a consistent cardio and weightlifting routine. In turn, Smith is able to maintain top levels of vitality and concentration for extended periods of time, an absolute must in the sport of cricket.

At the root of Steve Smith’s diet and workout plan are the two fundamental philosophies of extreme dedication and completely conscious behaviour. Does that mean forgoing the occasional cheat day? Probably not. But he is known to avoid alcoholic drinks like beer, which contain loads of carbs. He also stays hydrated by drinking vast amounts of water. And like so many other celebrities and athletes we’ve covered (as in, like, all of them), Smith goes big on protein consumption.

Pair all that with early morning jogs, interval weight training sessions, breathing exercises, and competitive play, and you’re looking at the foundation to a truly healthy physique. Let’s break it down by way of a cricketer’s diet and workout plan. 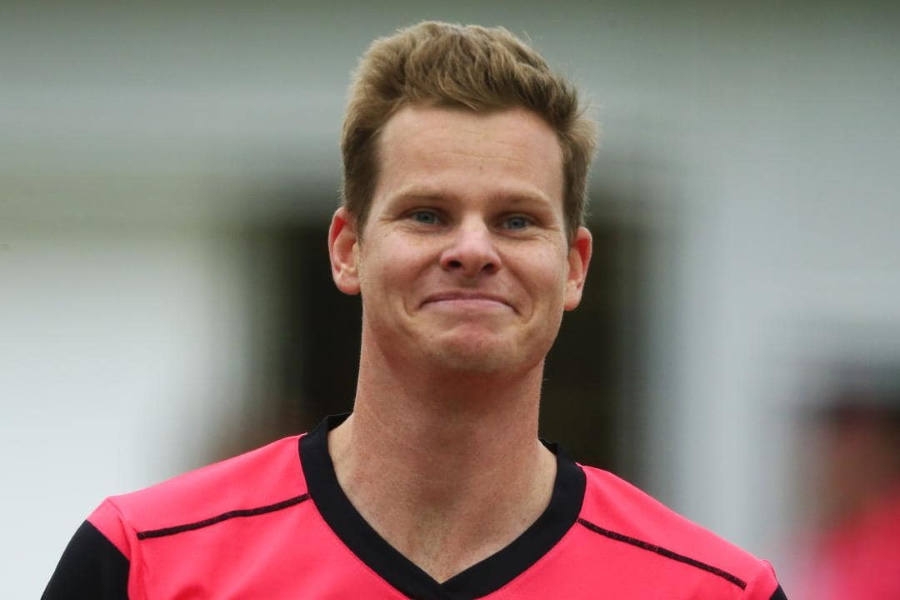 According to legend, Steve Smith struggled with weight issues at a young age, being a little chubbier than his mates. In turn, he adopted a healthy mindset and adjoining diet early on in life, which helped pave the way for his career. To this day, he avoids excessive amounts of carbs. Along similar lines, he also eats plenty of proteins.

All this said, there isn’t a ton of information available as to what Steve Smith eats on a regular basis. However, he did provide some brief insight in 2017, when he and the Australian cricket team were touring India. Claiming he was getting weary of eating eggs for breakfast every day, he would mix things up with the occasional bowl of cereal. “Then just proteins to try and recover as much as possible,” he attested, again providing little more than a glimpse into his diet routine.

As you can see, a cricketer’s diet plan involves eating regularly and consciously throughout the day. Certain foods like oatmeal, oatcakes, and granary bread help with the slow release of energy. Proteins aid with muscle growth and energy as well. Fruits and vegetables deliver valuable vitamins, antioxidants, and nutrients.

All the while, you should be drinking tons of water along with isotonic beverages so that your hydration and fluid absorption levels don’t lag. Seriously, fluid intake is everything in this sport. After all, Tests can last anywhere from 3 to 7 hours and take place over the course of 4-5 days, often in extreme heat. By consuming plenty of cricket fitness food and meeting all your fluid needs, you just might be able to last through one match! 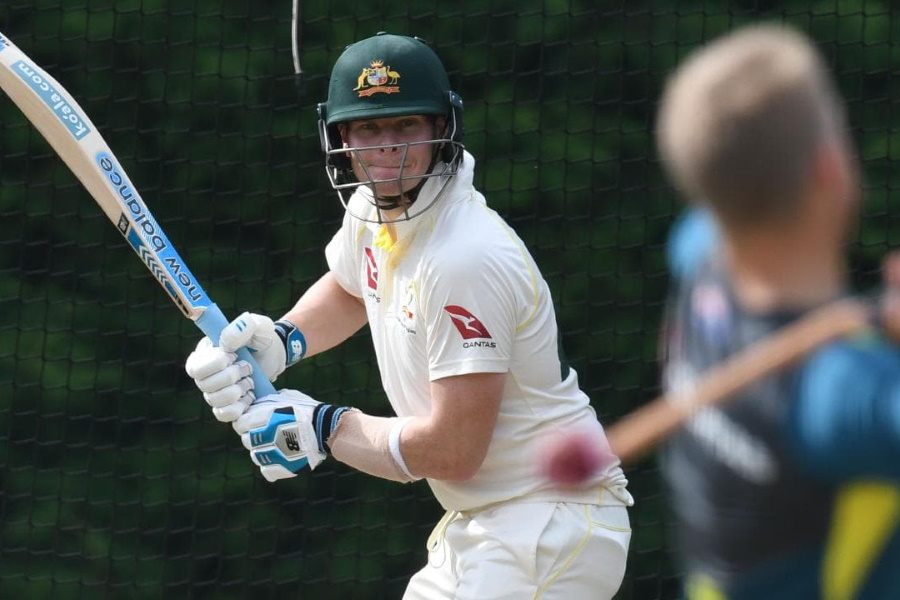 If you follow cricket, you’re probably aware that Steve Smith recently suffered a concussion while playing for the 2019 Ashes series in England. However, he was back at the top of the Test batting rankings by early September, which only further demonstrates his perseverance and talent. Perhaps that’s why Alastair Cook claimed that ‘Steve Smith is redefining what is possible as a batsman.’

Meanwhile, Steve Smith’s impressive physique pretty much speaks for itself. This all might beg one to ask: what does Smith do behind the scenes to stay on top of his game? Well, he eats a strict low-carb diet for one, but he also maintains a rigorous fitness routine.

On a philosophical level, Smith adamantly believes in long and intense workout sessions. Every morning, he wakes up early and goes for a jog. That’s joined by interval weight training (IWT), an extreme program that increases muscle while decreasing fat. Next up is cricket training and the Test matches themselves, which can be downright brutal. Then at the end of the day, he’ll employ some breathing exercises to relax.

There’s probably not much about cardiovascular fitness that you don’t already know, but the concept of “interval weight training” might be new to you. Should you want to bring it into your weekly regimen, prepare for a workout of truly intense proportion (or shall we say Steve Smith proportion?).

The exact exercises performed in IWT can vary, but the intensity levels remain fairly consistent. In other words, you should prepare to go to extremes when adopting a Steve Smith workout routine. To think, it’s all a mere warm-up for hours and hours (and hours and hours) of Test matches! But that’s what it takes to be the best.

How much does Steve Smith Weigh?

What is Steve Smith's Diet

Steve Smith has a typical 'cricketer's diet' which consists of 3 meals a day, a post-workout snack, a post cricket practice snack, and a pre-bedtime snack.