The new Dyson V15 Detect has lasers because it is 2021, and of course it does. The vacuum manufacturer has long been an industry pioneer, and their latest release is the most innovative to date. With a bunch of fresh tech, including dirt sensors, anti-tangle heads, and the aforementioned dust-detecting ‘green beams’, we decided to take the Dyson V15 Detect for a spin (or a suck) to determine if their new model lives up to the hype. 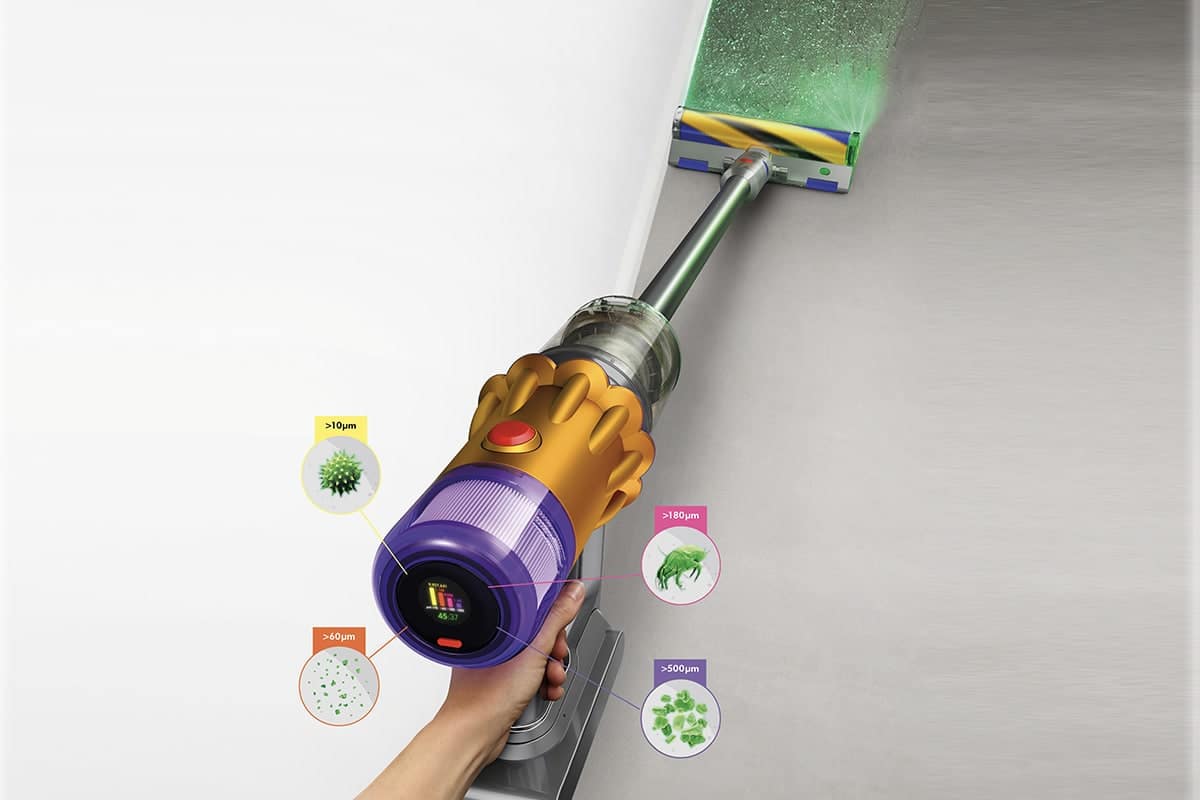 Dyson’s green laser is designed to illuminate hidden dust particles undetected by the human eye, allowing you to target your vacuuming. Perhaps a little overkill for some, but according to a global dust study in 2020, these seemingly innocuous particles can severely affect personal health. With that in mind and because it’s a frickin’ laser vacuum,  we immediately fired up it up. This feature had us searching the floor like a crime scene, triggering our inner germaphobe. In addition, it was fascinating to observe previously unseen dirt, and was oddly satisfying to watch it disappear into the vacuum bin.

Another novel concept of the Dyson V15 Detect is its dirt sensor, which provides real-time data on the appliance’s built-in LCD screen. While vacuuming, you’ll see a complete breakdown of the different types of dirt according to size, ranging from 10 micron (0.01mm) to more than 500 (0.5mm). This works great as a measuring device that gives you a read on the types of particles living on each surface. It feels strangely rewarding to watch the numbers accumulate on the screen, as if you’re playing some sort of vacuum-styled video game. Now it’s not exactly a PS5, but we’ll take anything to enhance the thrill of cleaning. 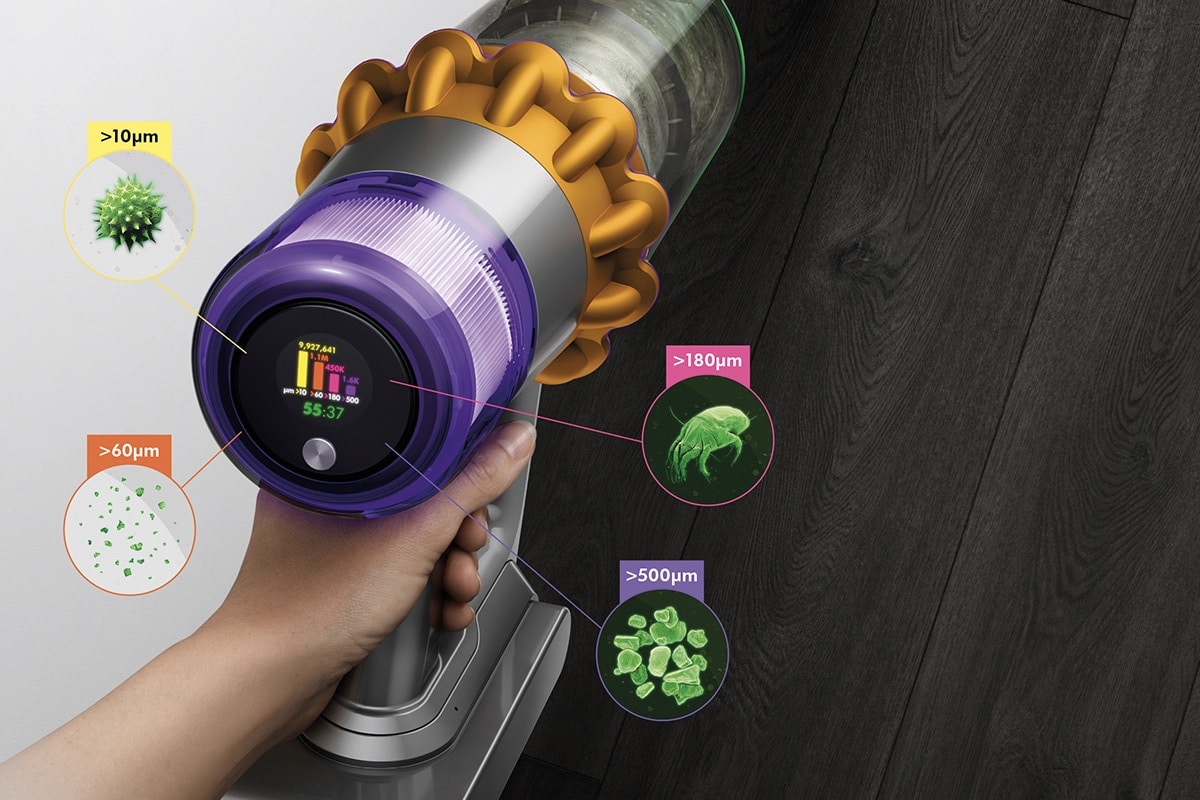 Additionally, the Dyson V15 Detect comes equipped with a piezo sensor, this technology automatically increases suction power when it encounters different floor types and dust amounts. Rather than having to switch back and forth between settings, this neat new feature saves you both time and battery power.

Cleaning hairs from your brush head is one of the more unpleasant aspects of vacuuming, and whilst the earlier mentioned tech upgrades are insanely impressive, the Dyson V15 Detect’s new anti-tangle features are a genuine improvement that separates it from previous models. Basically, there is a comb-like design on the cleaner head that prevents most hair from tangling around the bristles. Having previously used the V6 Dyson, we noticed a significant improvement and found most hair in the bin rather than the cleaning head. An anti-tangle hair screw tool has also been applied to the cone-shaped attachment used for upholstery and other small surfaces.

Dyson is truly in a league of its own when it comes to cordless vacuums, and the V15 Detect only adds to the brand’s prestige. This is without question their most powerful and intelligent design yet. Plus, the most fun. The Dyson V15 Detect is currently on sale on the Dyson website for $1,399.00. 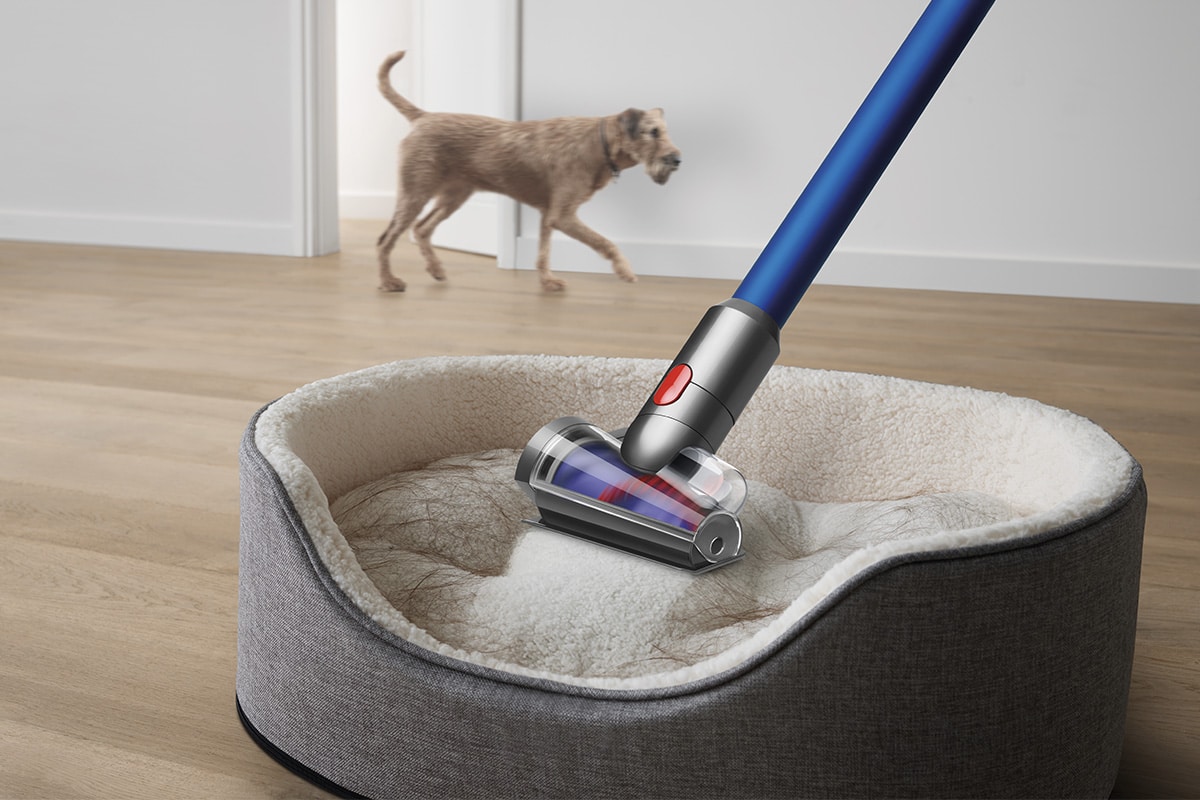