We’ve had our grubby mitts all over the BMW ‘M’ range in the last 12-months, driving on the track in the M3 Competition, on the street in the M4 Competition and we’ve even had a taste of the convertible and SUV variant thrown in for good measure. The platform never ceases to amaze us with its power delivery, wall of torque, chassis stiffness, mid-corner pace and eagerness to cruise on the open road, but our entire perception is about to change with the unveiling of the knife-edge M4 CSL.

Just how far has BMW pushed the chassis to bring us the most competent M4 to date? Let’s take a look. 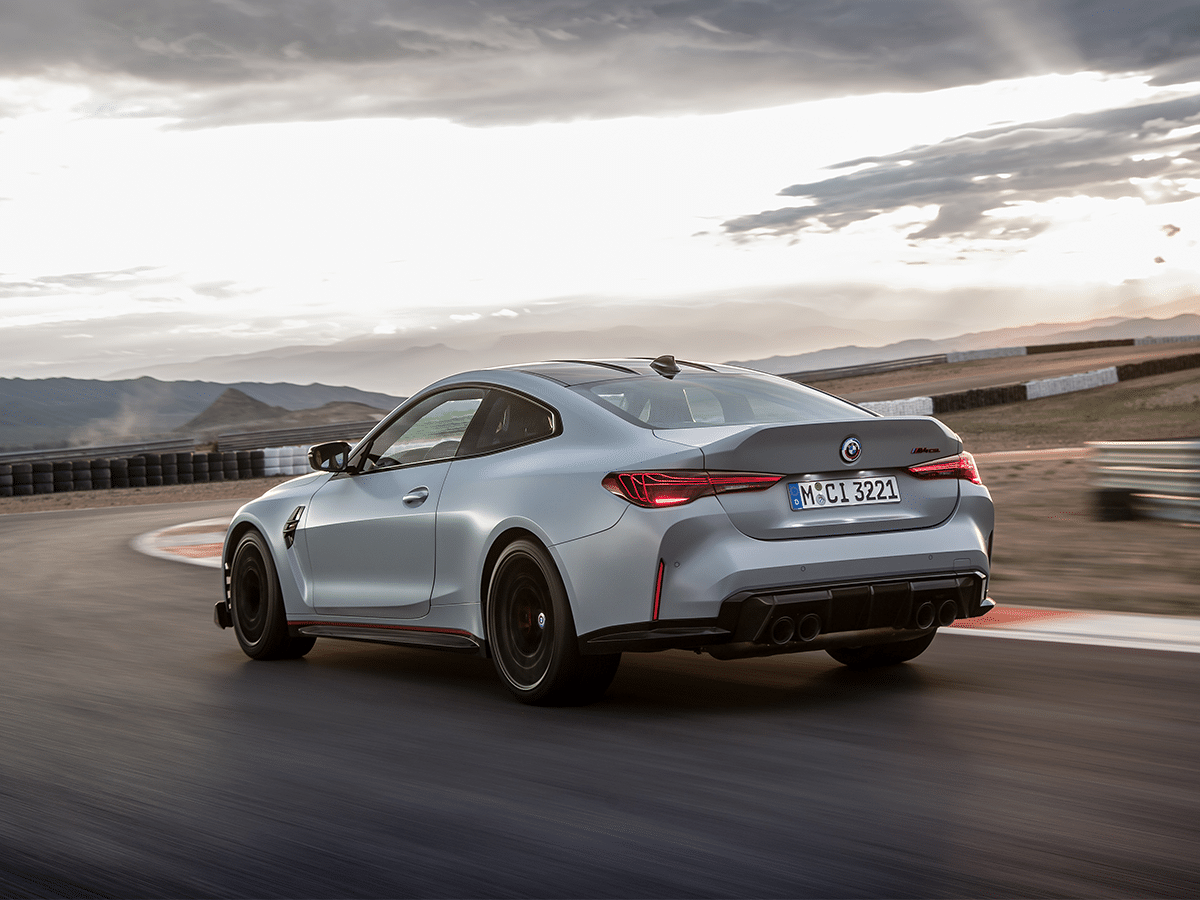 It doesn’t take a rocket scientist to figure out that removing weight and adding power is the key to success with any performance-orientated sportscar, however, BMW has known this fact longer than most.

The CSL badge first debuted on the infamous BMW 3.0 CSL back in 1973 when the car won the European Touring Car Championship in its first attempt – setting the standard for expectations of the badge in the future – and we’ve seen the moniker reappear since then. The most famous ‘CSL’ is the E46 BMW M3 CSL from 2003 that unashamedly housed one of the best sounding and best-looking engines ever shoehorned in a BMW chassis. And most recently, we saw a similar philosophy applied to the 2016 M4 GTS, a gorgeous track-focused coupe with matte black paint and orange accents. So how does the next generation follow suit?

What Engine is in the New BMW M4 CSL?

The first step in any CSL product is adding engine performance and the new M4 CSL has plenty of it. BMW has lifted the engine from the GT3 racing car, meaning sleeve-free crankcase, closed-deck head for rigidity, and forged lightweight crankshafts for extremely high levels of torque – yes, you might make the new peak power figure of 405kW/ 550HP from a stage 1 tune, but it won’t look anything like this. The power increase equates to 30kW/ 40HP over the Competition model while still providing an impressive combined fuel consumption of 9.8l/100km.

We absolutely love the meaty powerband of the M4 Competition and the CSL takes this to new heights with all 650Nm of torque being produced between 2750rpm and 5950rpm. Maximum power is made at the top end of 6250rpm with an engine note livelier than ever with a weight-saving titanium silencer and electronically controlled flaps.

As purity would have it, the power is sent directly to the rear wheels via an eight-speed automatic gearbox. Both engine and transmission mounts have been stiffed to provide better feedback to the driver.

What are the Performance Specs?

It’s not all numbers either, the M4 CSL is the fastest production BMW around the Nurburgring at 7 mins 20.207 seconds (20.832km layout) and the time shrinks even further on the shorter 20.632km layout where it was a two-seconds quicker than the current Porsche 911 Turbo S. Proper, proper quick.

Related: We’d Do Naughty Things for the Porsche 911 Sport Classic. Have There Been Any Changes to the Chassis on the BMW M4 CSL?

Power has been taken care of, so what about the lightweight? The new BMW M4 CSL drops around 100 kilograms of weight over the Competition model by adding and taking away various components, including;

The body of the new CSL also receives additional rigidity, starting at the front end we find brand new strut braces and cast aluminium elements around the strut towers. This ties in with the bespoke wheel alignment settings, including increased camber on the front end, damper settings, spring, anti-roll bar, and revised transmission settings. Overall the ride height has been reduced by 8mm and the vehicle will come fitted as standard with an exclusive forged M light-alloy wheel in a staggered 19-inch front, 20-inch rear format. 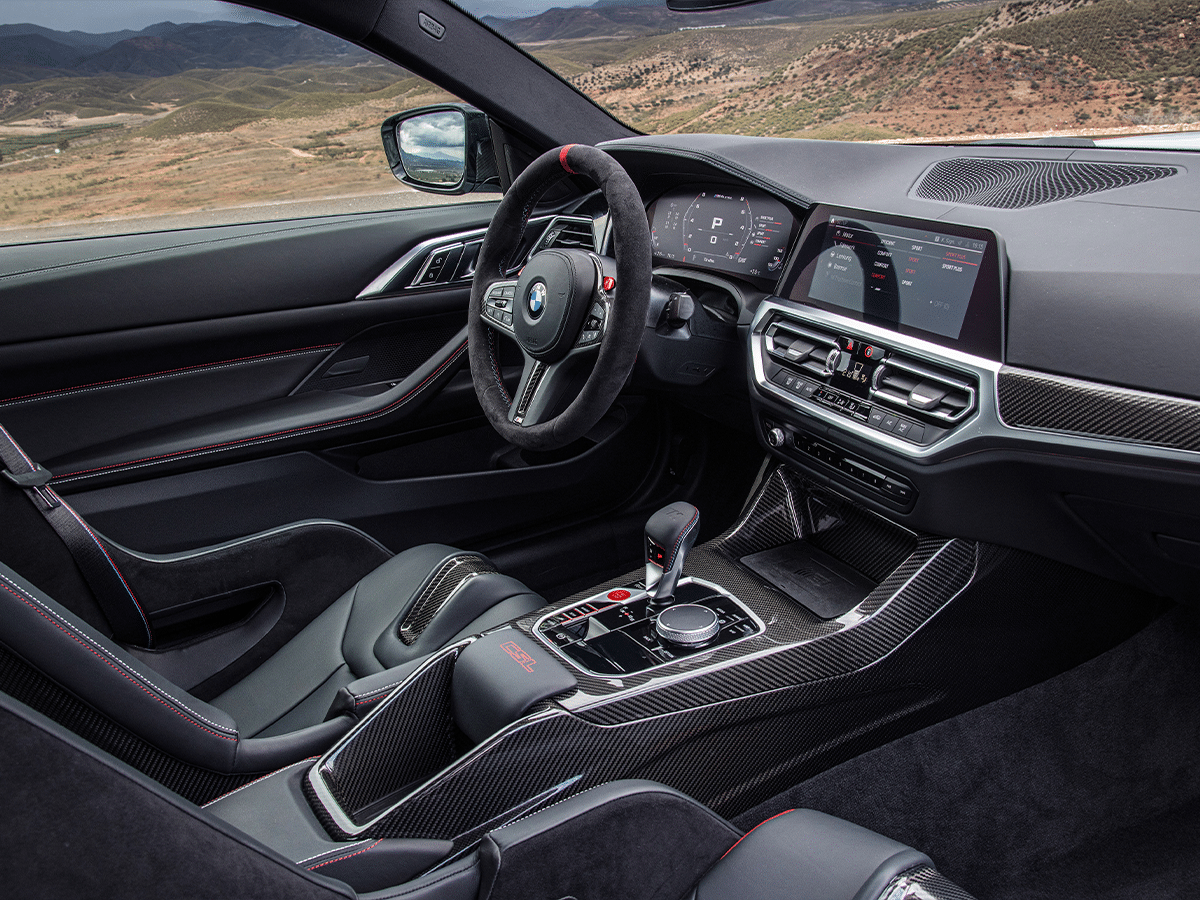 Open the door on the new BMW M4 CSL and you’re greeted by the familiar merino leather treated M Full-carbon bucket seats that we found to be surprisingly comfortable for long-ish journeys. These seats are now stripped back versions with a height that has to be set in a workshop, non-adjustable backrests, and manual forward and backward adjustment. Of course, six-point harnesses can also be fitted should you want to take your 1-of-1000 vehicle to the track.

Further detail has been added with an Alcantara steering wheel, anthracite-coloured headliner, plenty of carbon fibre on the interior, and M-specific displays for concentrated driving. The stitching also comes in red to match the accents on the exterior and the usual 12.3-inch and 10.25-inch displays remain for the driver, as do the M performance buttons on the steering wheel for custom settings. Have There Been Any Changes to the Exterior?

Fans of the M4 Competition will first notice the CSL’s carbon-fibre body kit with front splitter, side skirts, diffuser, and then the gorgeous ducktail spoiler moulded into the boot lid – far nicer than the previous generation GTS rear wing. There are also new lightweight kidney grilles up front that find contrast with the red accents surrounding them and the brake callipers, side skirts, and decals, and integrate with the new taillight motif also in red.

Last but not least on the exterior, new yellow daytime running lights replace the blue accents in the Laser LED projector headlights as a nod to the GT3 cars with which the CSL shares an engine. 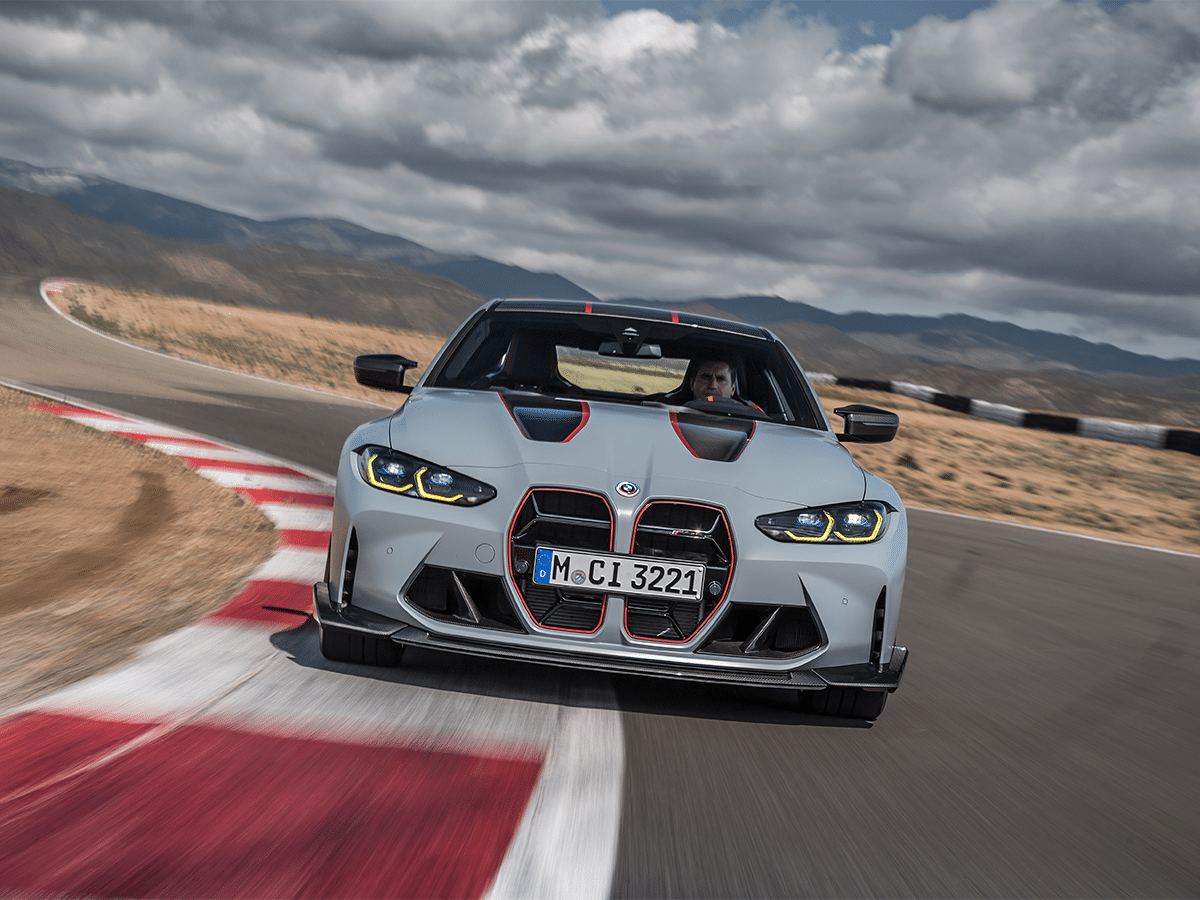 BMW Australia has remained tight-lipped on production allocation for the Australian market but when you consider production is limited to just 1000 examples globally the new M4 CSL will be reserved for only the brand’s most loyal clients when it arrives in Q4, 2022.

Those with the right connections and deep enough pockets will have to fork out a whopping $303,900 AUD plus on-road costs for the BMW M4 CSL – or roughly twice the price of an M4 Competition. Expect prices to explode on the used market as they did with the Nissan GTR ‘T-Spec’ if Australia was to land less than 30 of these as they did the M5 CS. Ultimately, the price maketh no difference when you’re talking about limited-run vehicles and the 65% increase over the M4 Competition matters none.

Check out the link below for more information about BMW models available in Australia. 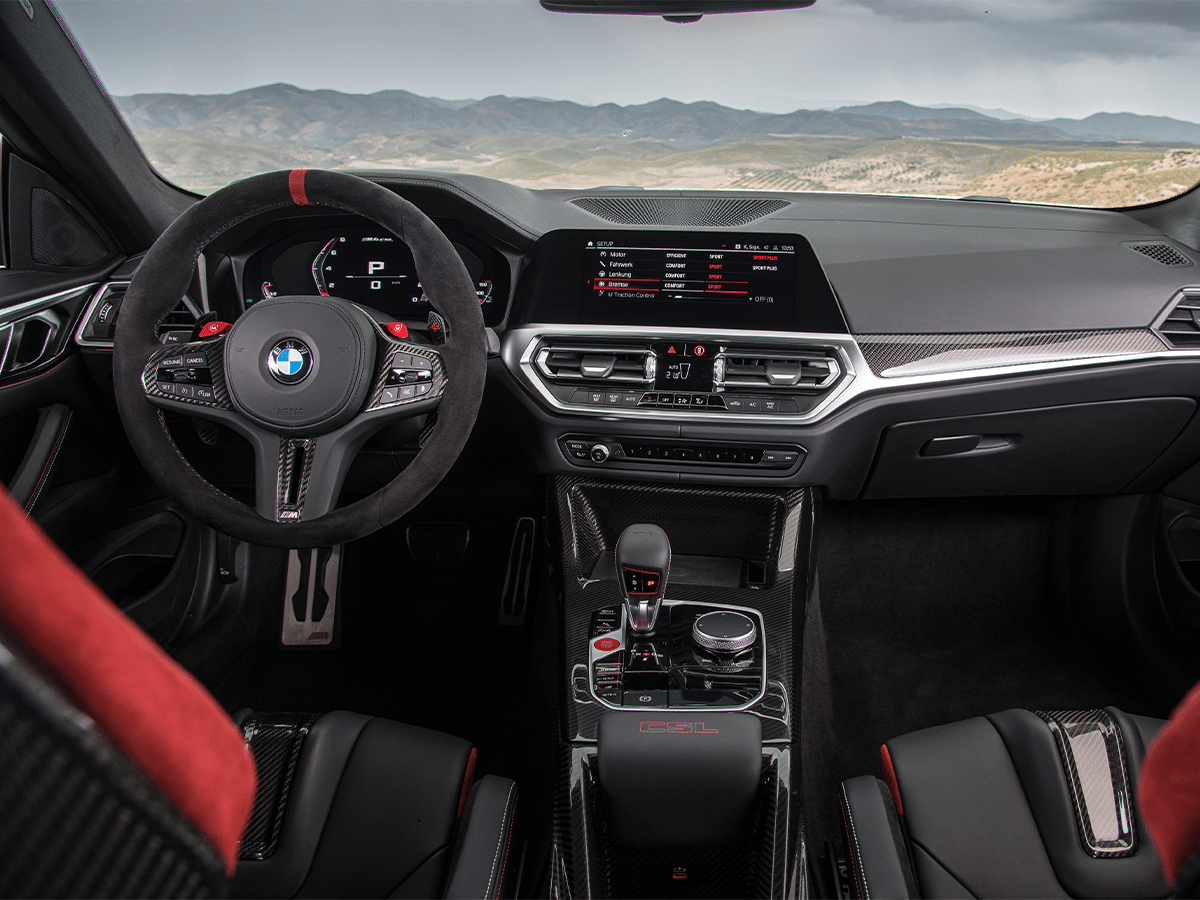 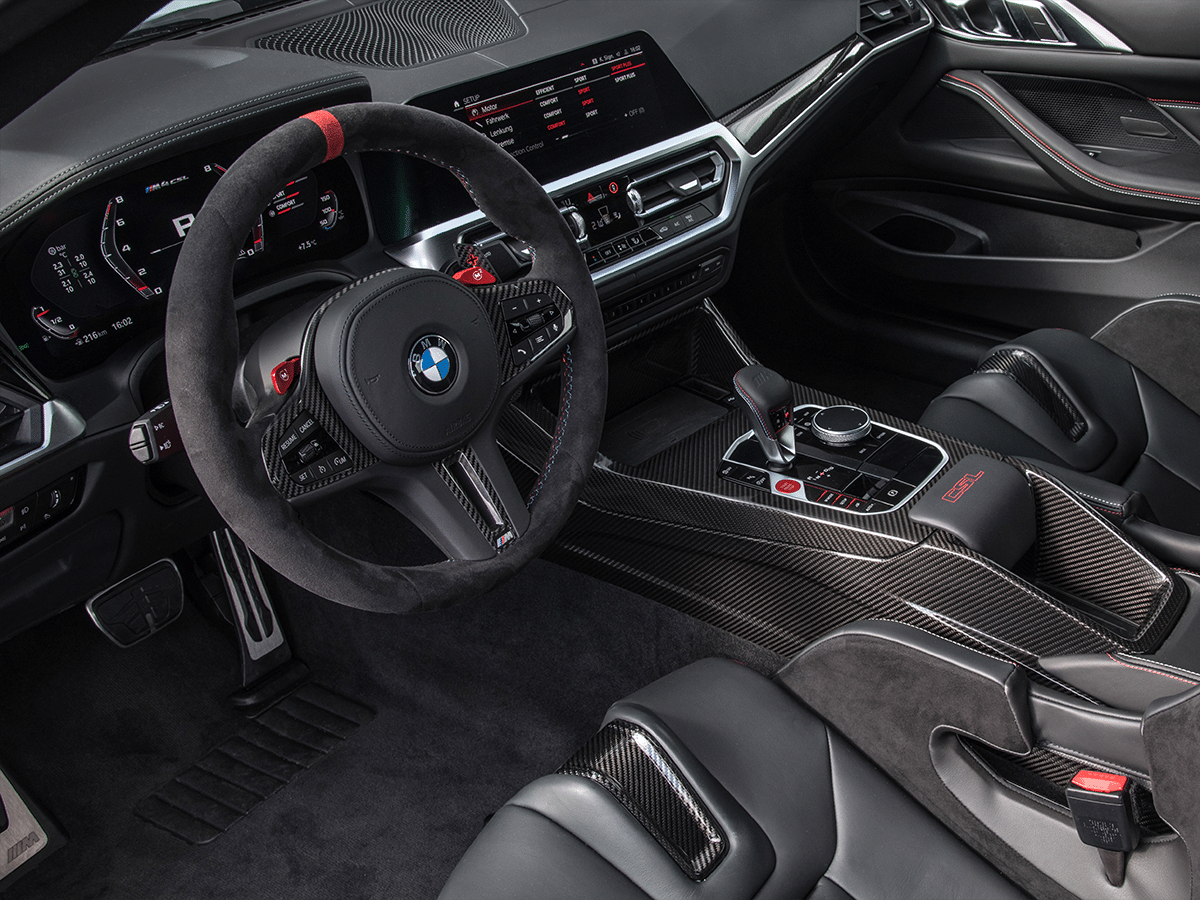 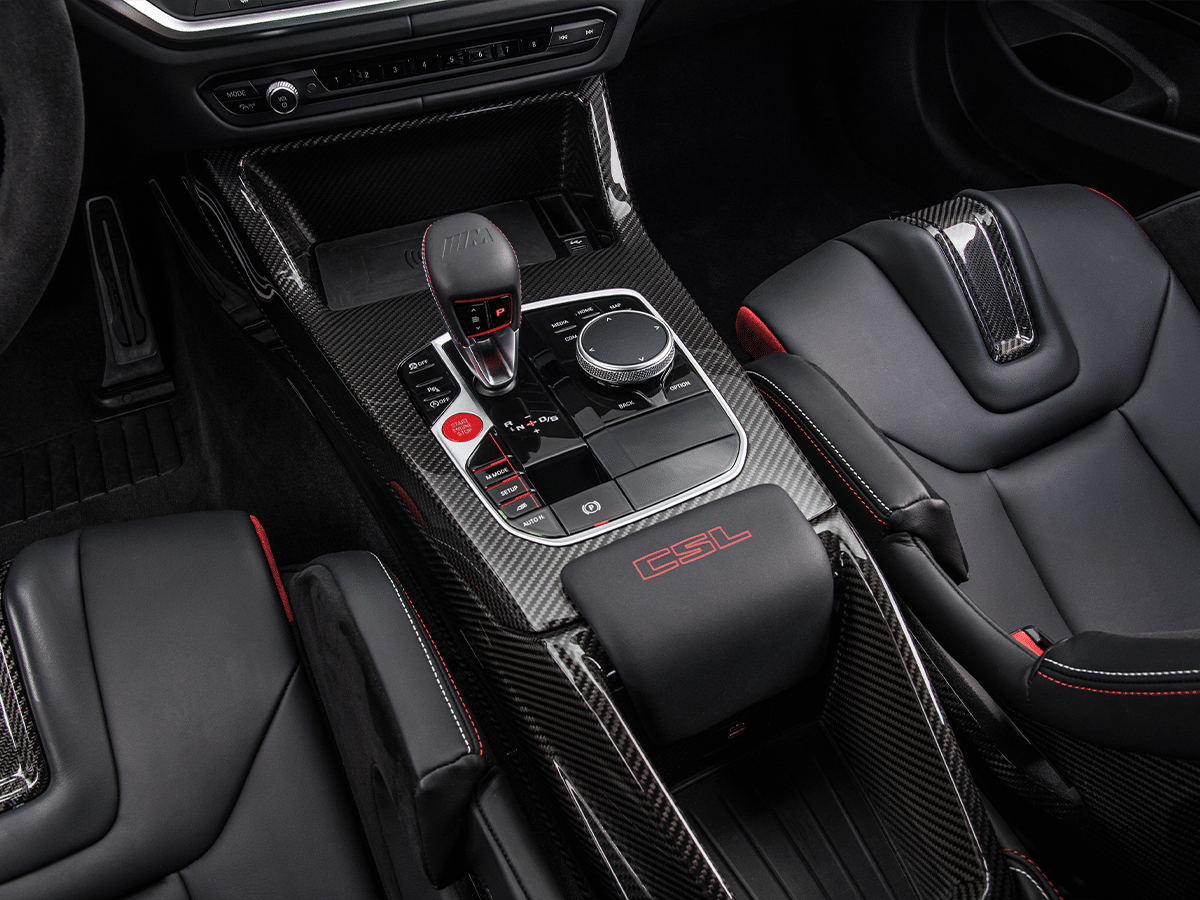 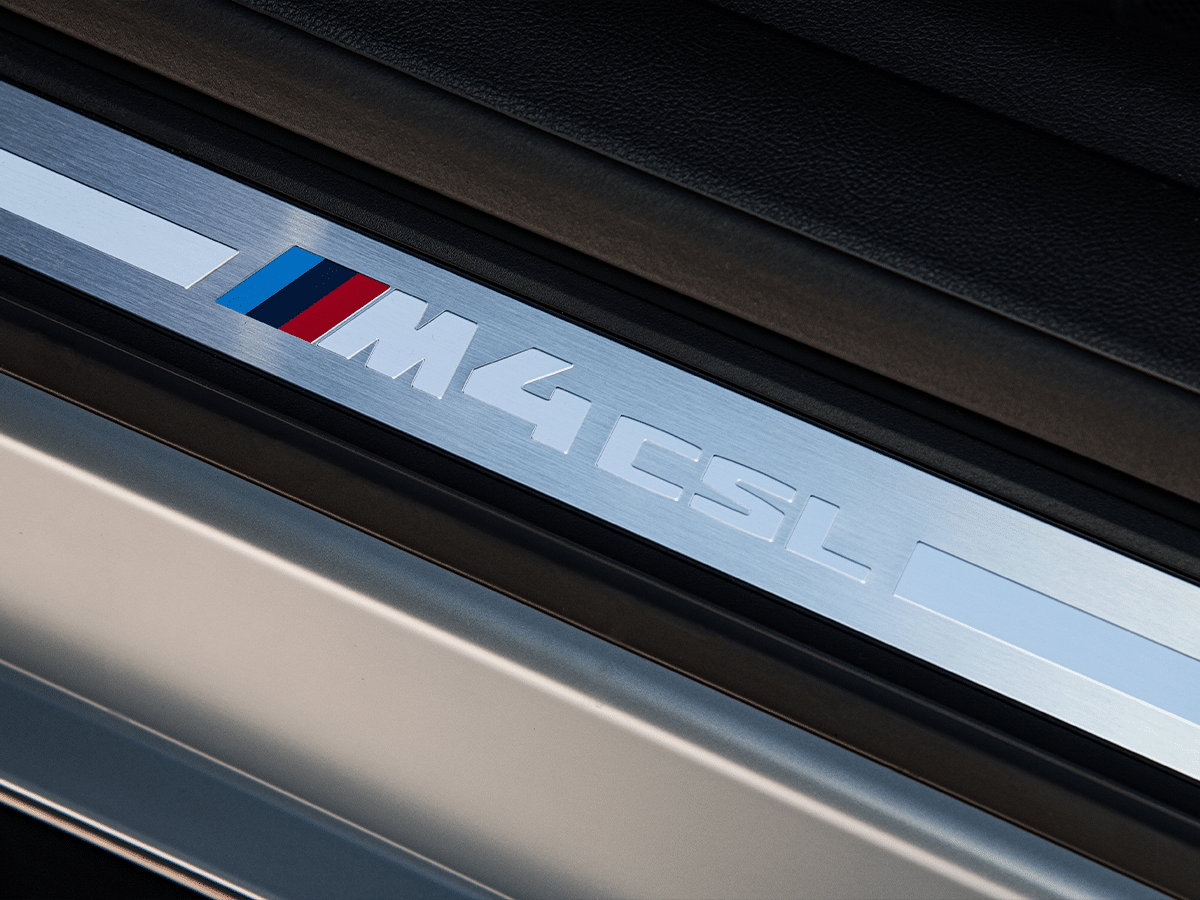 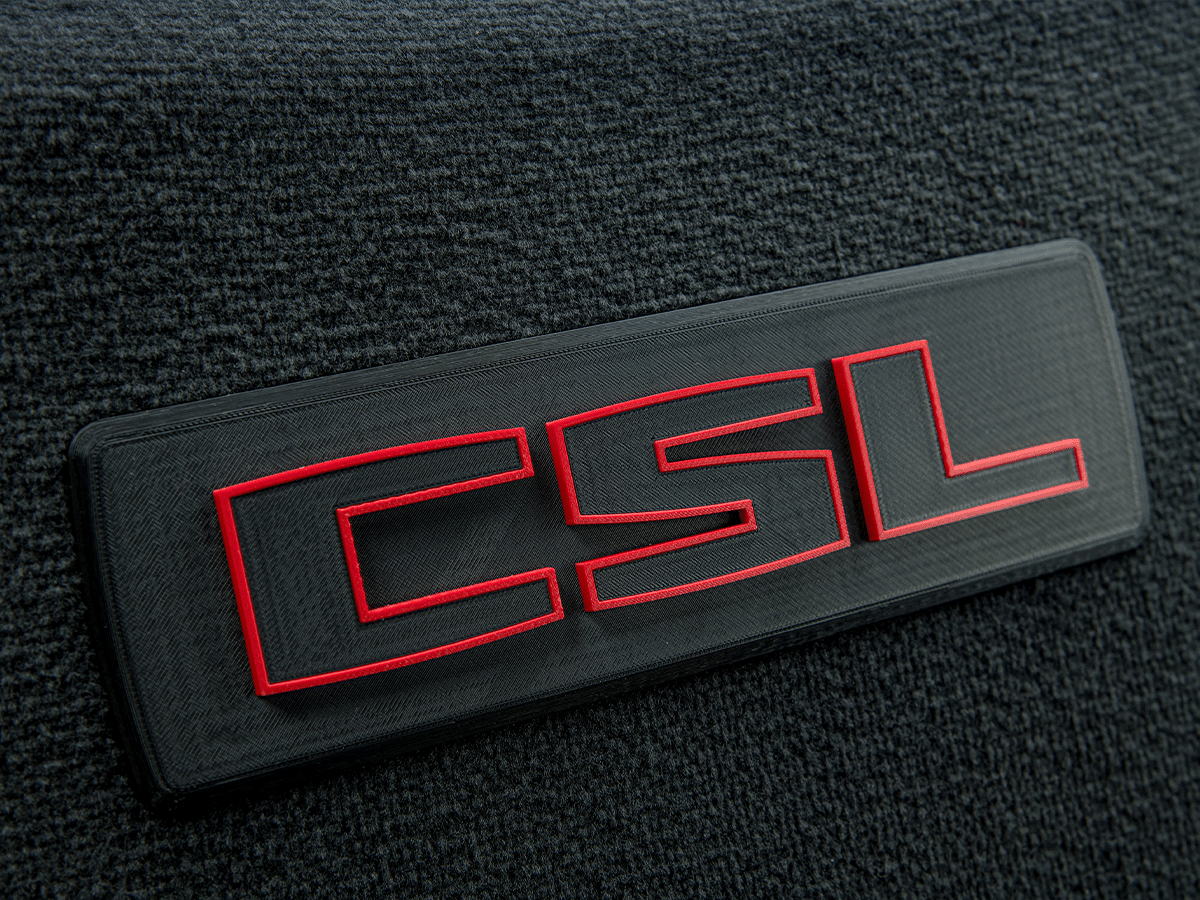 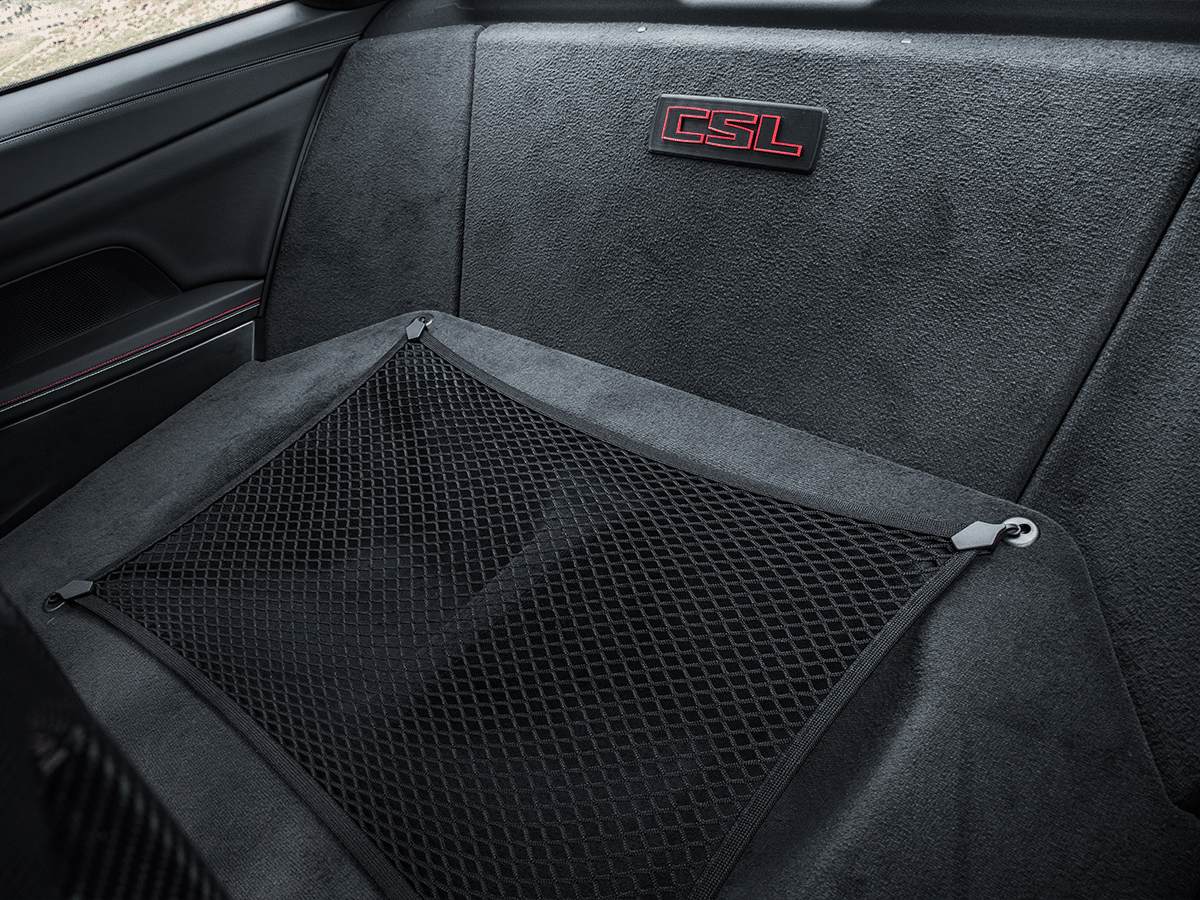 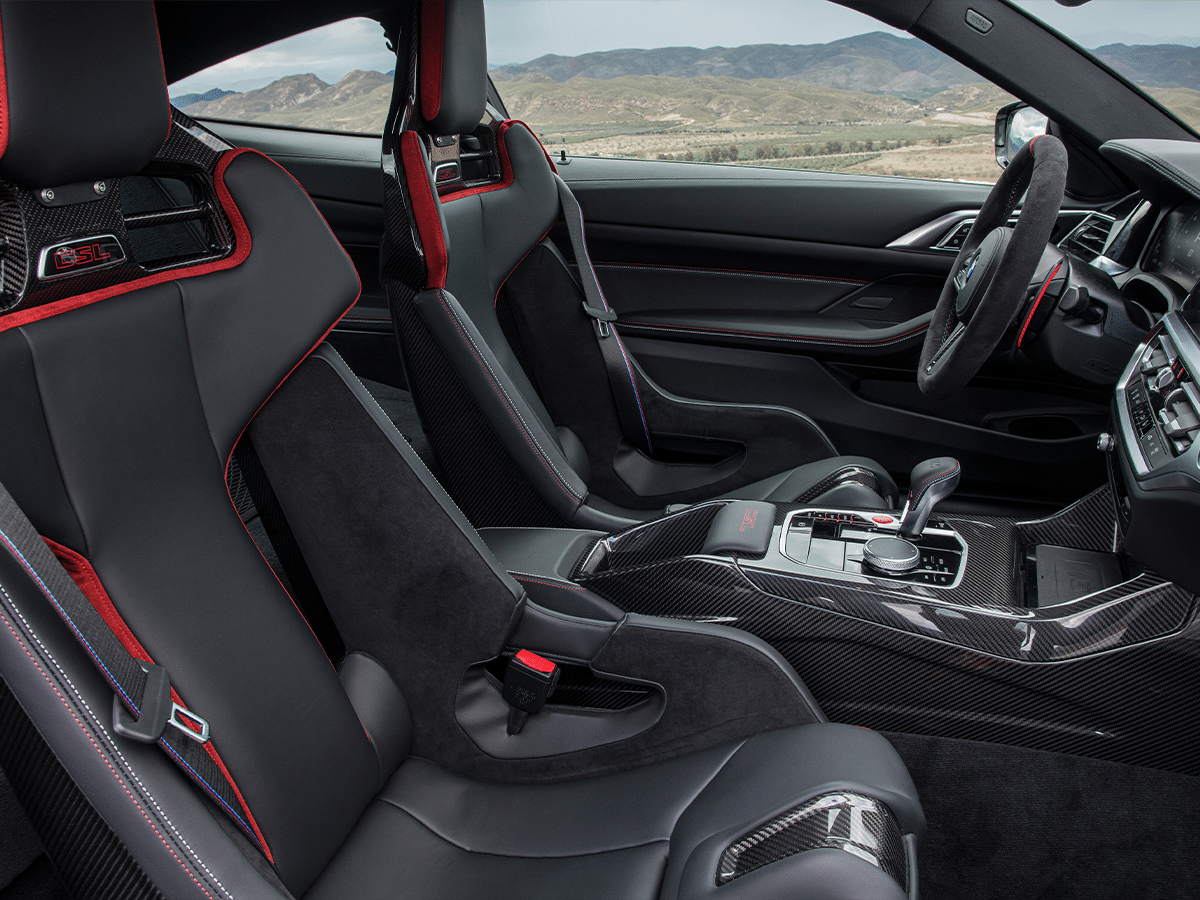 How much does the M4 CSL Cost?

Those with the right connections and deep enough pockets will have to fork out $303,900 AUD plus on-road costs for the BMW M4 CSL - or roughly twice the price of an M4 Competition.

Will the M4 CSL come to Australia?

The new BMW M4 CSL has 405kW/550HP and 650Nm produced from a GT3 derived race engine with forged lightweight crankshaft and closed deck. 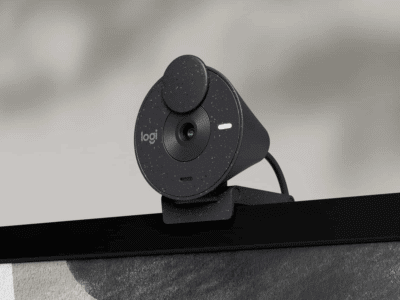 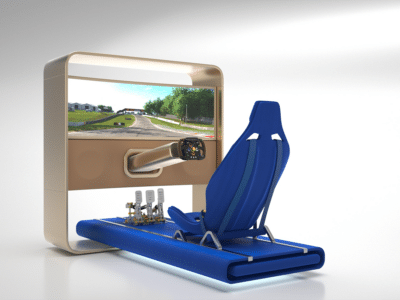 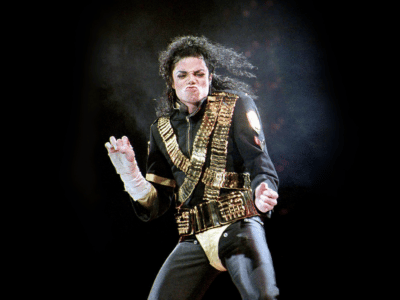 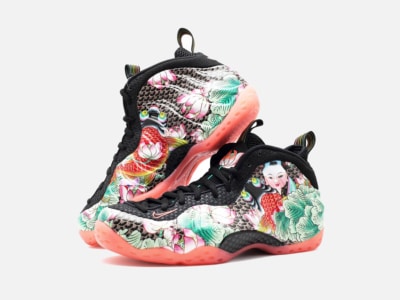 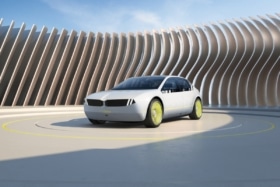 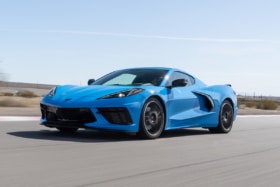