It’s safe to say we were a little gobsmacked when these Land Rover Defender Works V8 Trophy IIs came across our radar. With the brand only recently unveiling its plans to introduce an all-electric Land Rover by 2024, it’s only made our appreciation for their ‘Classic’ division that much greater.

In the case of the Works V8 Trophy II, Land Rover Classic has commissioned a limited run of 25 Defenders with a unique expedition-inspired camouflage, V8 engine, and Recaro fitted interior to commemorate the legacy of global Land Rover expeditions. Most importantly, customers can choose from a 90, 110 and 110 Double Cab Pick-Up body design. 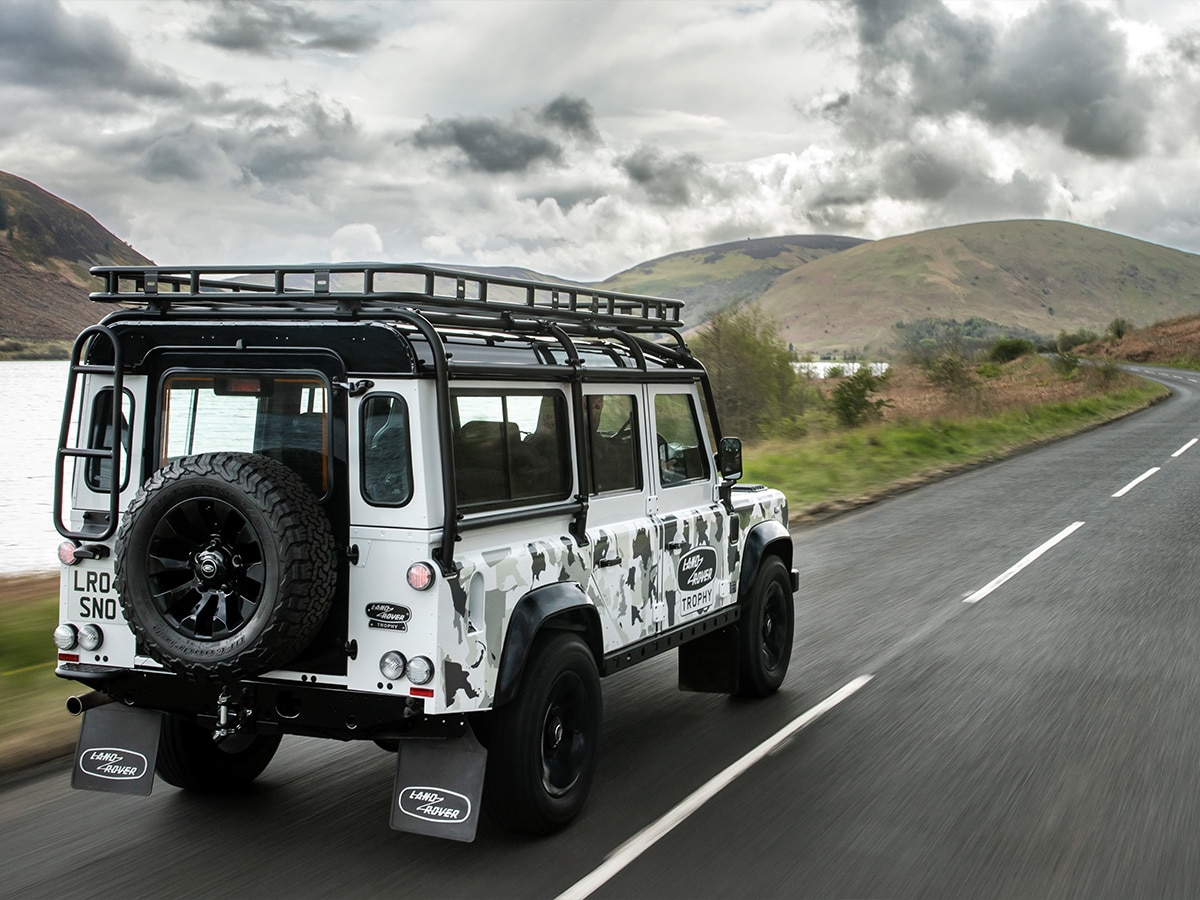 The most sought-after of the bunch is sure to be the 110 Double-Cab that’s available for the first time with a Defender Works V8 engine. We can imagine the sensation you’d get from the 298kW 5.0-litre V8 engine (more than 3x the power in the 2.2-litre 4-cylinder turbo-diesel it came with) that’s paired to an eight-speed ZF automatic transmission. While solid axles in the front and rear mean the Defender is a certified legend offroad, its tarmac handling characteristics fall far from grace, so uprated brakes and a handling kit are necessary additions to the chassis.

On the exterior, a Fuji White and Narvik Black design is enhanced with a satin black bonnet and black exterior detailing, including Land Rover Trophy heritage badging. The camouflage hides the silhouette of the Defender as well as 23 locations that have played a part in Land Rover’s illustrious off-roading and exploration adventures over more than 70 years. These include historic off-roading challenges, as well as more recent Land Rover expeditions in regions from South Africa and Laos to Peru.

Inside the cabin, you’re immediately greeted by a distinctive white and black colour palette to match the exterior. The satin finish on the bonnet might be designed to reduce glare, however, the interior seems to only enhance it with Recaro sports seats finished in high-quality black and white Windsor leather with contrast stitching. These are the same seats you’ll find in limited edition Defenders of the past, namely the SVX. Leather trim extends to the dashboard, doors and headlining, ensuring a handcrafted finish throughout.

We love the addition of the modern Infotainment System with integrated navigation and mobile device connectivity, but it’s the centrally mounted Elliot Brown clock that adds to the bespoke nature of this special edition Defender.

Want to get your hands on a Land Rover Classic Defender Works V8 Trophy II? Vehicles are available to order now direct from Land Rover Classic via the link below. Prices for the short wheelbase 90 start from £225,000 ($400,000 AUD) in the UK. The sought-after Double Cab will surely add $100,000 to that price tag… it’s an exclusive club you’re joining here indeed. 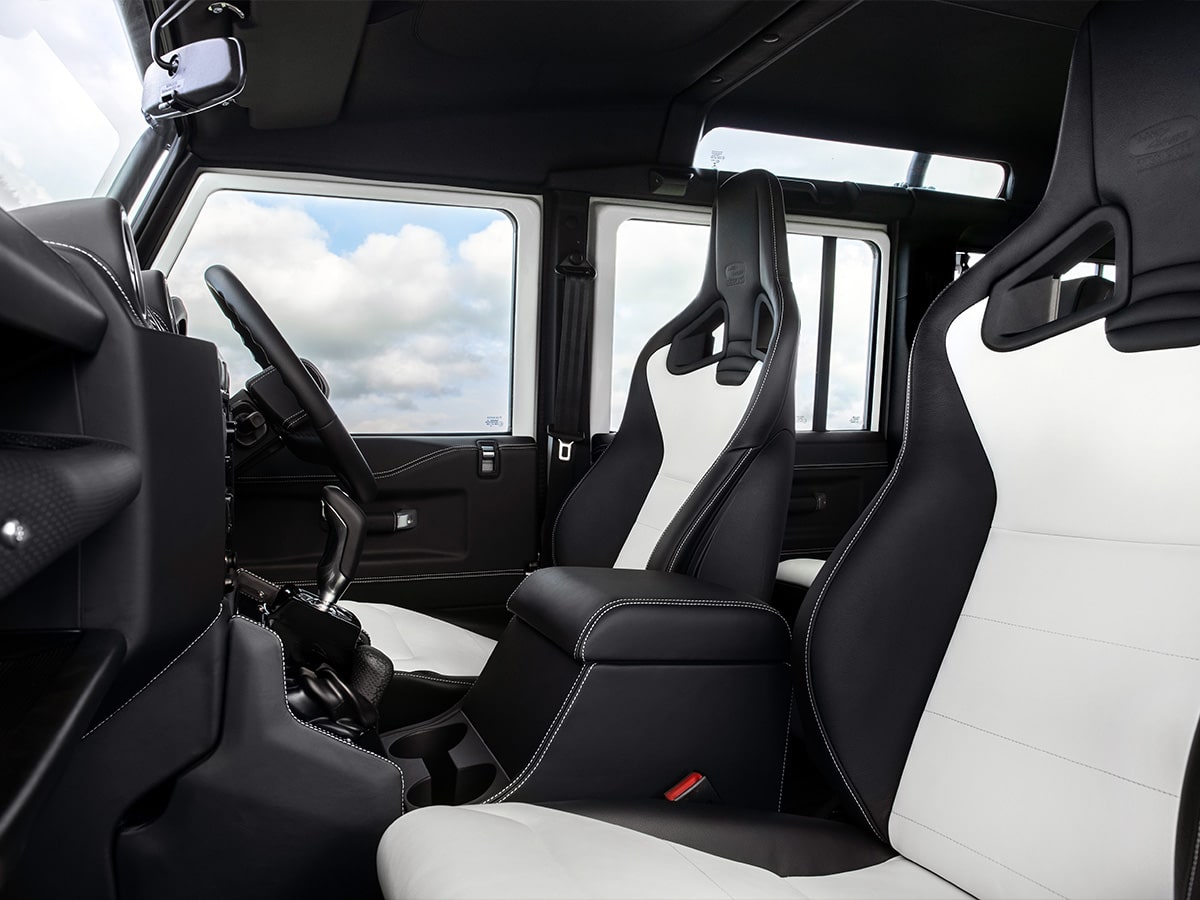 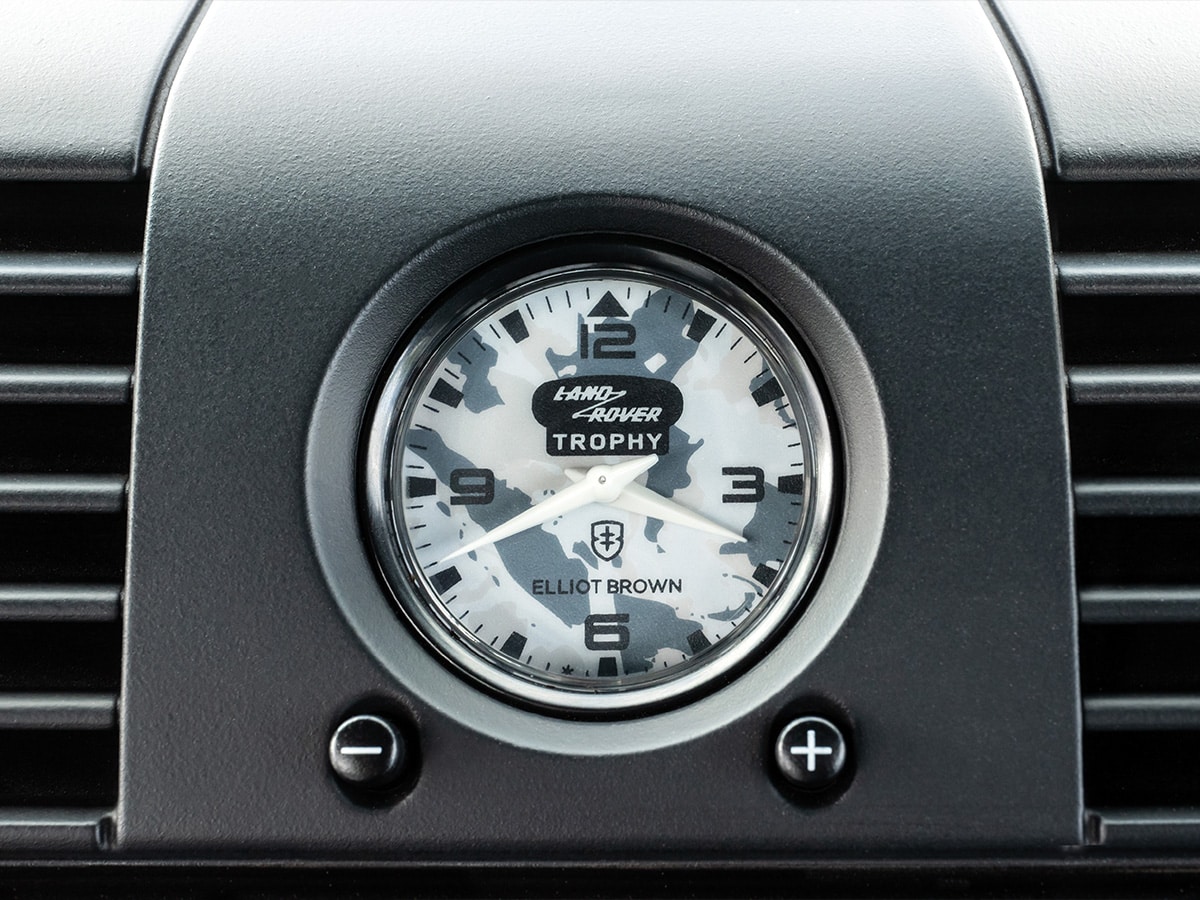 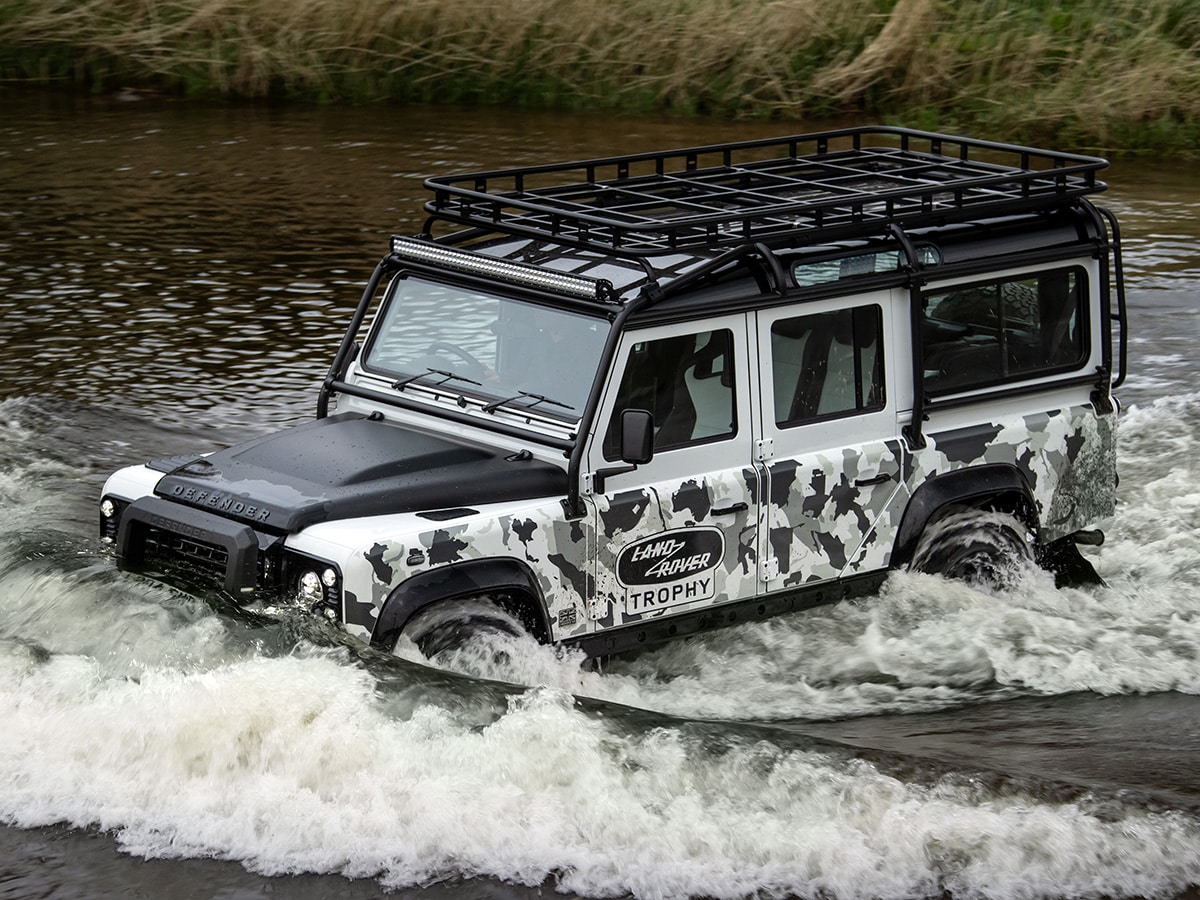 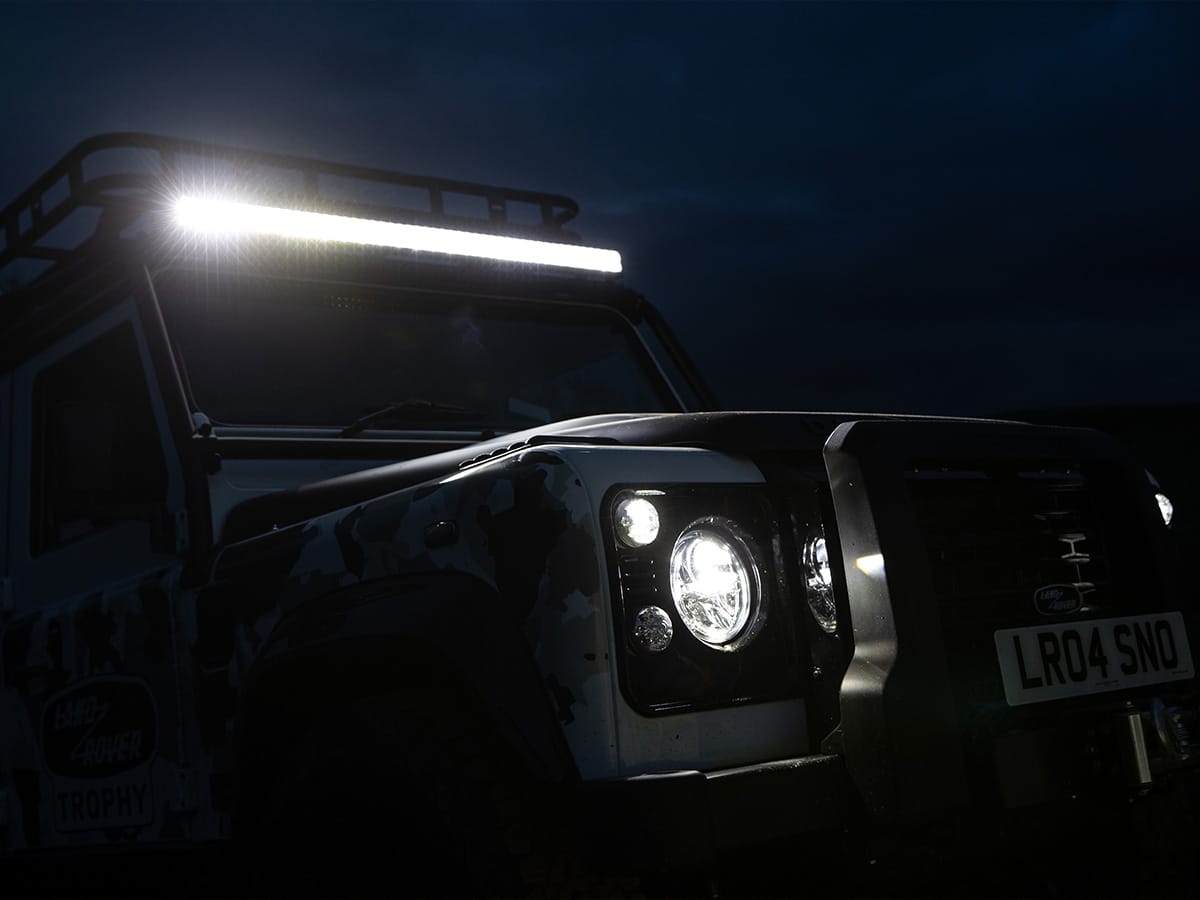 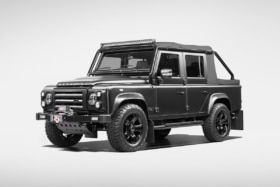 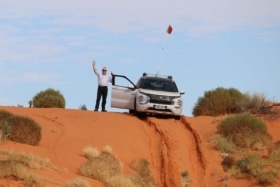 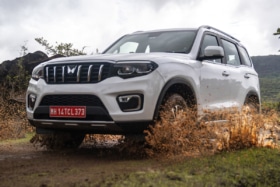