The power wars have erupted within the EV world and the numbers are frankly ludicrous. While Tesla first started this trend of mind-numbing acceleration, the folks at Lucid have taken the automotive cue and launched their own go-faster iteration of the Air sedan. With 1,200 silent horsepower at its feet, the Lucid Air Sapphire is not only the fastest electric sedan but it also leaves petrol-powered super saloons in the dust. All this is courtesy of a new three-motor powertrain – a first for Lucid and here, it is in the form of a new twin-motor rear-drive unit and a single motor front-drive unit. 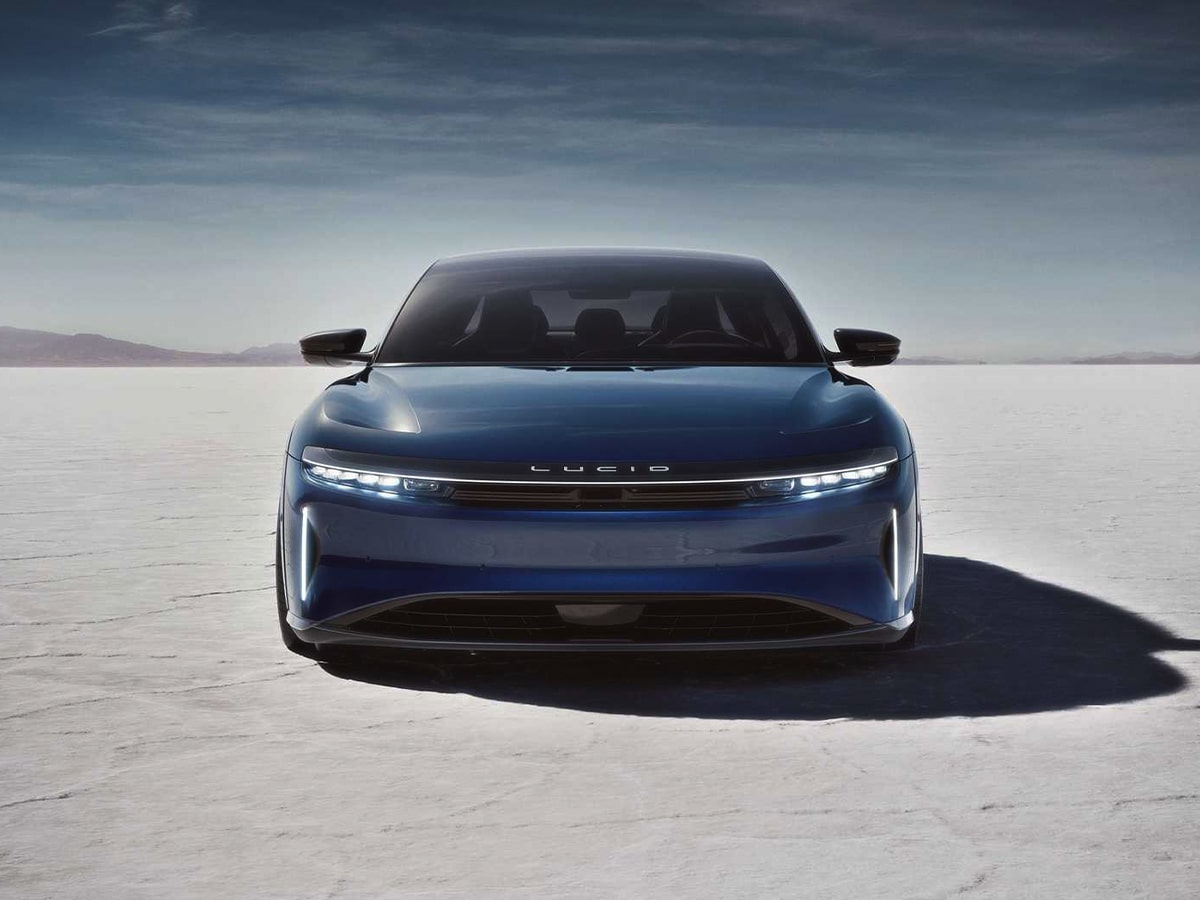 The 1,200hp Air Sapphire also comfortably flies past the ‘standard’ 1,050-hp Lucid Air Grand Touring Performance with a claimed performance 0-100 km/h time of fewer than two seconds. For a moment, let’s think about those numbers since this is a family luxury sedan that we are talking about and not some Bugatti-baiting hypercar. With so much horsepower, Lucid has also beefed up the other aspects of the car to deal with this kind of performance notably, a new heat exchanger technology and heightened coolant flow rate along with an updated battery pack. Suffice to say, massive carbon ceramic disc brakes coming in as standard with the Sapphire is a much-needed addition and since the three-motor layout enables for torque-vectoring, the tyres and the suspension have been changed.

Additionally, the Aero Sapphire’s wheels have been upgraded with specially developed Michelin PS4S tyres. Sized 265/35R20 at front and 295/30R21 in the rear, they fill up those wheel arches rather nicely. These wheels feature removable carbon-fibre Aero disk wheel covers – a neat design detail to optimise the aerodynamic efficiency of the car. Unlike a standard all-wheel-drive system, the twin rear-drive unit can provide torque to the rear wheels in opposite directions for better turn-in cornering. Plus, in tight corners, the system can apply regenerative braking on the inside wheel while also powering the outside- hence, providing quicker responses over a rear-wheel steering set-up. 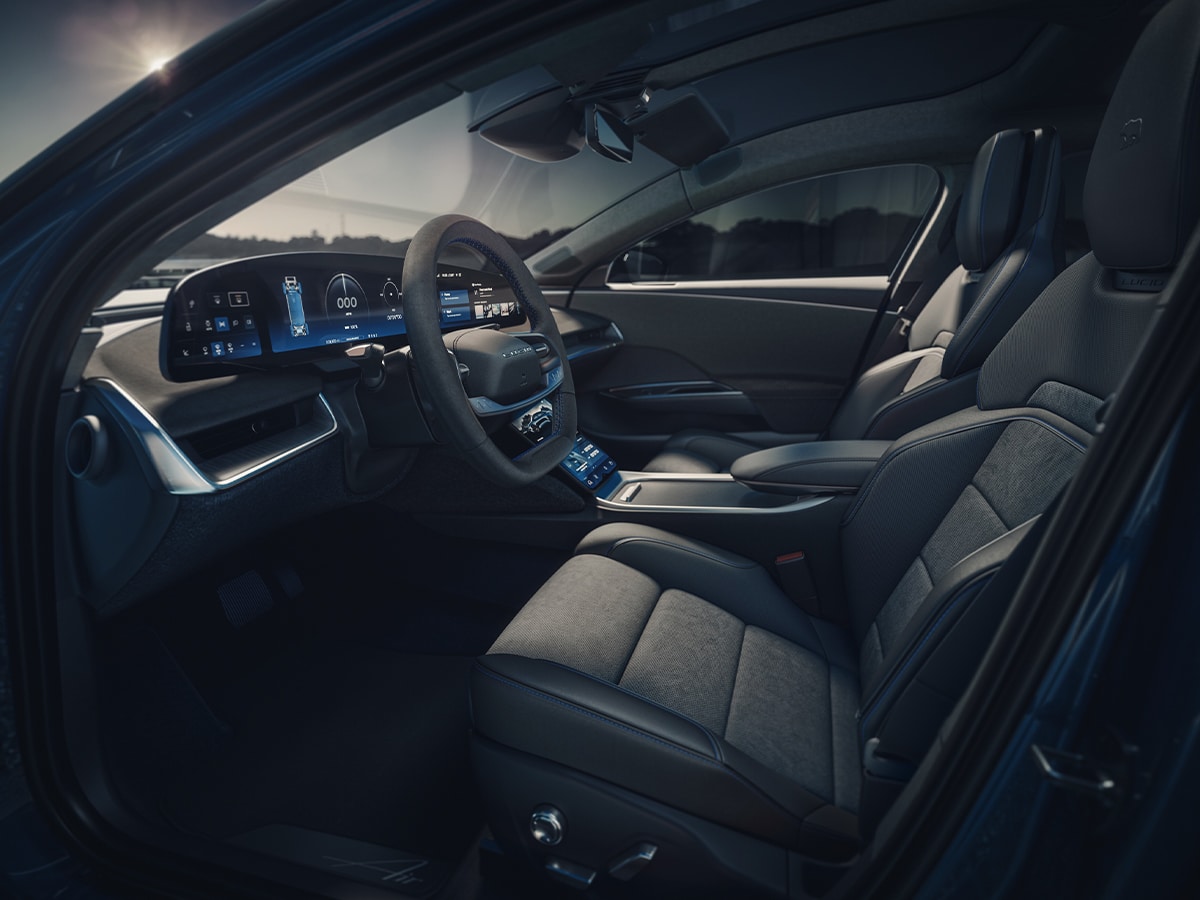 Design-wise, there is a new Sapphire Blue exterior paint which nicely complements the stealth look as standard. Inside, the 18-way power sport seats are upholstered in black leather trimmed with black Alcantara and Sapphire Blue contrast stitching. Elsewhere, you get Mojave dark wood veneers, while the steering wheel and upper roof structure for the all-glass roof are trimmed in black Alcantara.

Pricing is as ambitious as the vehicle’s performance claims with its limited-edition status going some way to justify the hefty price increase over the Air Grand Touring at USD$249,000 (AUD$362,300). For now, Lucid has no plans to sell its cars in Australia though an RHD version of the Air could be in the offing. 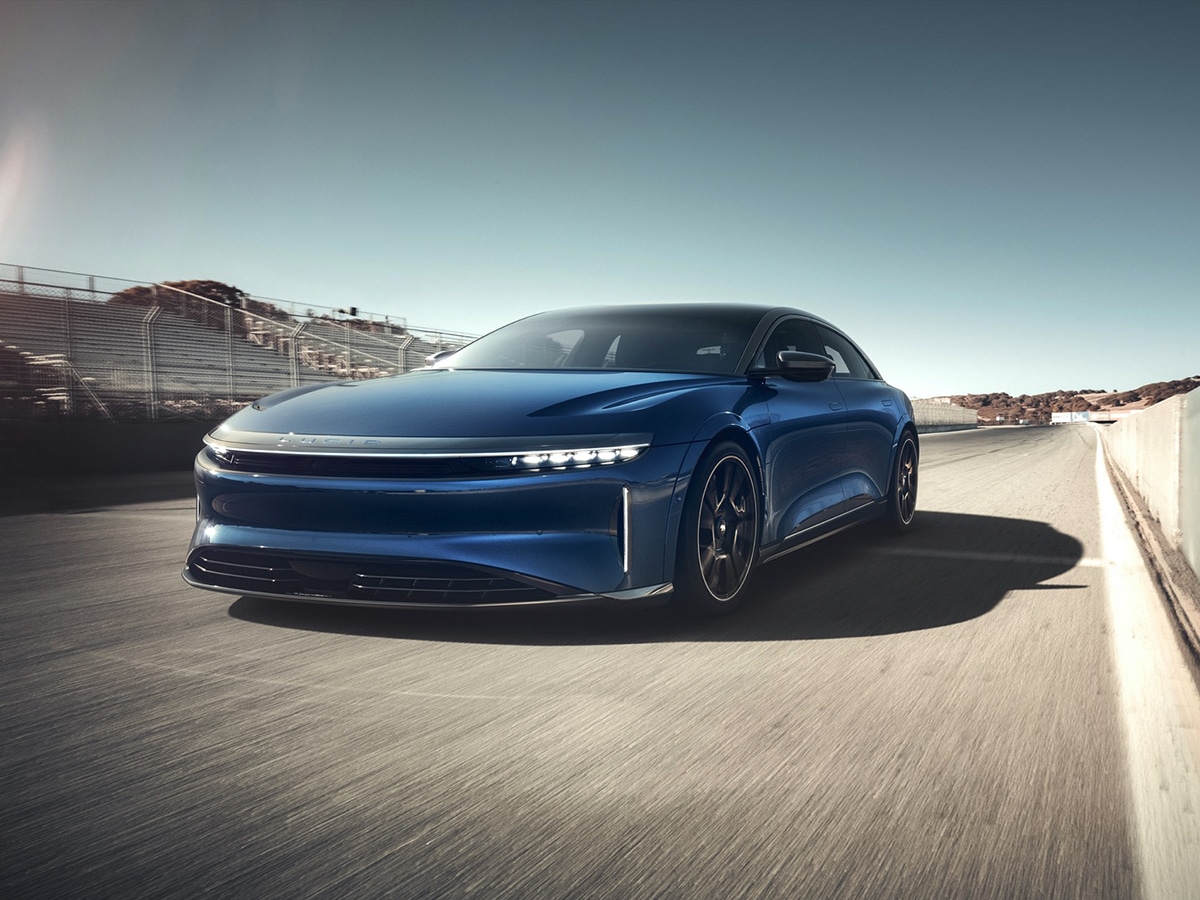 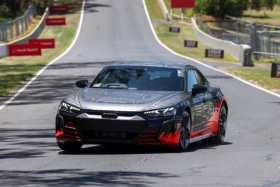