Despite a troublesome week that saw the major game developer come under fire for rampant sexual harassment, losing three executives in the process, Ubisoft has pushed on with its Ubisoft Forward event. A virtual replacement of the iconic E3 conference, the live-streamed showcase revealed a number of key release dates, new titles and gameplay, keeping fans on the edge of their seats.

The show kicked off with a rather awkward statement that confirmed the pre-recorded event would not be addressing the recent turmoil, misconduct or allegations. It was an inauspicious start to a major reveal and one that will no doubt face criticism in the coming weeks, as to why a statement, written or visual couldn’t be added to the program. Regardless, the show went on, confirming some major updates.

Headlining the Ubisoft Forward event was the reveal of the Far Cry 6 cinematic trailer. After a brief intro from Ubisoft CEO Yves Guillemot, the game trailer launched straight into a cut-scene featuring Giancarlo Esposito, the man most famous for playing the suave and calculated villain Gus Fring in Breaking Bad. Esposito’s appearance was not a surprise; the guest spot had already been leaked, but the reveal gave us a greater look at the upcoming game’s plot points and storyline.

Far Cry 6 follows controversial President Anton Castillo (Esposito) as he vows to restore his country, Yara, to its former glory while grooming his son Diego (Coco‘s Anthony Gonzalez) to follow in his footsteps. His quest for a utopia comes at a price, however, with players experiencing a first-hand view of guerrilla combat and the revolutionary movement to take down a tyrant. Participants will get to play as either a male or female Dani Rojas, a local Yaran caught up in the revolution. From here, you become a guerilla fighter attempting to topple the vicious regime, utilising a host of new and unique weaponry, vehicles and ‘Fangs for Hire’.

Ubisoft also dropped the official release date for Far Cry 6, unveiling that the new game will hit shelves on 18 February 2021. You can check out the official trailer above.

Set in near-future London, Watch Dogs: Legion details a city facing its downfall courtesy of state surveillance, private military and organised crime. Players will take on the role of a member of underground resistance DedSec, who a mysterious entity has framed for bombings across London.

Fans have been eagerly awaiting the arrival of a new feature known as ‘Play as Anyone’, which Ubisoft on Sunday confirmed. This unique feature allows players to select any character in the entire city of London, recruiting them as a member of their resistance. Each character will have their own distinct backstory, personality and skillset, from MI6 agent to a bareknuckle fighter, brilliant hacker to a getaway driver or football hooligan to an inconspicuous old lady.

Several cut-scenes and gameplay footage was shown at the event, with a strong emphasis on the new feature. For players, it appears the key strategy for the game is to gather a diverse collection of recruits with varying skillsets, making you essentially a sports team list manager. But that wasn’t all. Xbox’s Phil Spencer appeared to announce that Watch Dogs: Legion would support Smart Delivery, adding that the next-gen version of Legion would support ray-tracing, leading straight into an Assassin’s Creed Valhalla announcement.

In Sunday’s Forward event, Ubisoft’s most anticipated release was explored in greater detail than we’ve seen previously. Despite gameplay already being leaked online, the Ubisoft Forward reveal explained the Viking-themed storyline and inner workings of the game.

The gameplay kicked off with footage of the Vikings arriving in longships before raiding some small towns. There are your run-of-the-mill pillaging and fire-starting activities to look forward to, with new capabilities added to the mix, including the strange ability for enemy AIs to throw the bodies of fallen warriors at you. According to the gameplay, all weapons can be dual-wielded, with players offered the opportunity to dual-wield shields if their heart so desires.

Ubisoft also noted that further Valhalla gameplay would be shown off after Ubisoft Forward, with the game to launch on November 17 — two days before Cyberpunk 2077.

While the Far Cry 6, Watch Dogs: Legion and Assassin’s Creed Valhalla reveals were the headline attractions, Ubisoft also released some details on a few other upcoming releases.

Mobile games Brawlhalla and Might & Magic: Era of Chaos were teased, with the former copping an Android and iOS release on August 6. Further, a new shooter entitled Tom Clancy’s Elite Squad was unveiled. The trailer, while scant of any real details did suggest that the game will be a 5v5-style battler game with its own campaign mode.

The Ubisoft Forward event wasn’t without its troubles, however. The publisher promised to give away free copies of Watch Dogs 2 to fans who tuned in to the live stream, along with other in-game rewards for titles such as The Division and Assassin’s Creed Valhalla. Unfortunately, some server issues delayed the rewards program by around two hours, leaving many fans disgruntled and demanding answers. With three major releases on the way and fans gearing up for a bumper second half of the year, Ubisoft faces an exciting albeit challenging few months, particularly in the wake of the current turmoil.

Upon release, Far Cry 6, Watch Dogs: Legion and Assassin’s Creed Valhalla will be available on the next generation of consoles Xbox Series X, PlayStation 5, in addition to Xbox One, PlayStation 4, Windows for PC on the Epic Games Store and Uplay. The games will also be available on Uplay+, Ubisoft’s subscription service.

You can watch the full Ubisoft Forward event below.

When will Assassin’s Creed Valhalla be released?

Ubisoft has confirmed that Assassin’s Creed Valhalla will officially be released on November 17, 2020.

What is Far Cry 6 about?

Far Cry 6 follows controversial President Anton Castillo (Esposito) as he vows to restore his country, Yara, to its former glory while grooming his son Diego (Gonzalez) to follow in his footsteps. His quest for a utopia comes at a price, however, with players experiencing a first-hand view of guerrilla combat and the revolutionary movement to take down a tyrant.

When will Far Cry 6 be released?

Ubisoft has confirmed that Far Cry 6 will officially be released on 18 February, 2021. 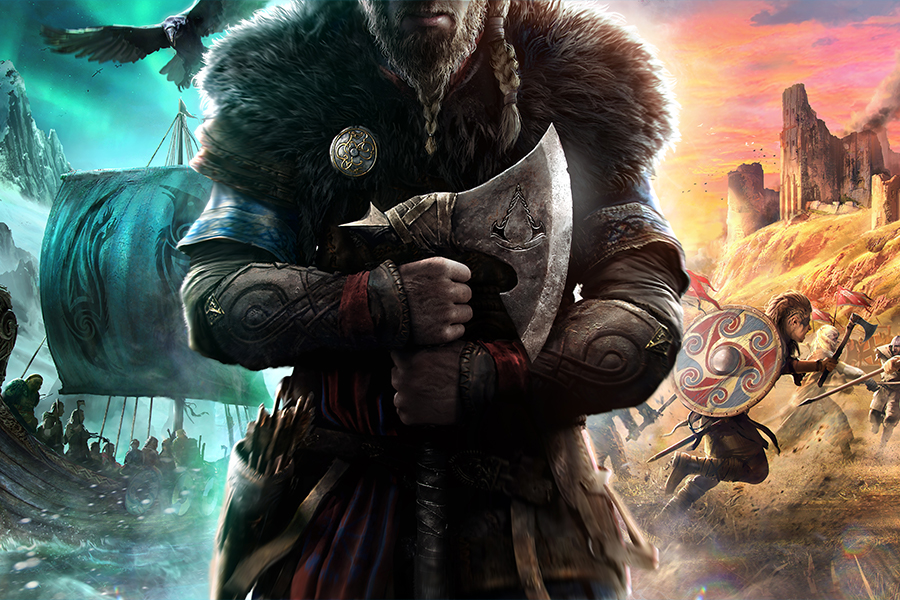