You’ve watched the show, you’ve tried the Shelby haircuts, and now it’s time to free the Peaky Blinders cast of their makeup and styling to reveal exactly what they look like in real life. Steven Knight’s British crime drama series set in Birmingham, England, lends itself to a particular subculture filled with resistance, crime, and of-the-era styling. The show comprises of six seasons, all available on Netflix, and revolves around a fictional gang, the ‘Peaky Blinders‘, that’s loosely based on a real urban youth gang of the same name that was active in the city of Birmingham from the 1880s to the 1910s.

According to historical accounts – check out our feature article right here – there was no real-life Shelby family, however, the Peaky Blinders gang did exist. All accounts suggest that the name is derived from the gang stitching razor blades into the peak of their newsboy caps so they could use them as weapons, while others claim that the name came from the phrase used for popular flat caps with peaks ‘peakys’ that the gang was known to wear.

The real-life gang the Peaky Blinders took their style seriously. According to the 2010 book The Gangs of Birmingham by Philip Gooderson, the gang had a strict dress code, not only for themselves but for their girlfriends as well. The book says this was done to set them apart from other gangs and to add a touch of class. The way they dressed was purposefully distinctive, including peaked caps, cravats, bell bottoms, and jackets with brass buttons for the men. While the ladies, wore pearls, bangs, and silk handkerchiefs.

Steven Knight’s characters didn’t have such a strict dress code, yet there’s no denying that the Shelbys and their crew had style. Do they share the same style as their on-screen counterparts? Find out below.

Related: Did you see the ‘Peaky Blinders’ creator line up an illegal boxing series with Stephen Graham 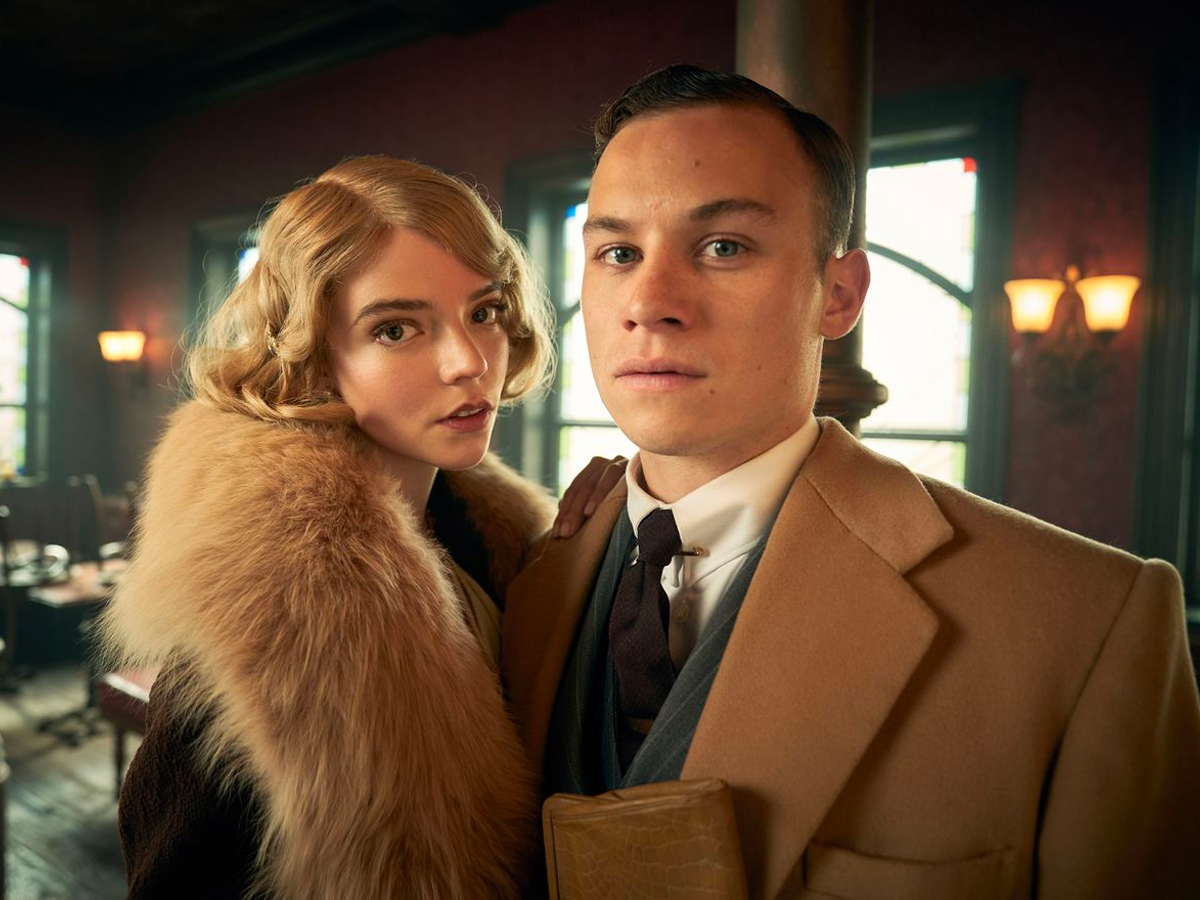 What the Peaky Blinders Cast Looks Like in Real Life

Here’s the cast at a glance, check out their individual comparisons.

Let’s see how the gang looks compared to the Peaky Blinders actors who portray them. 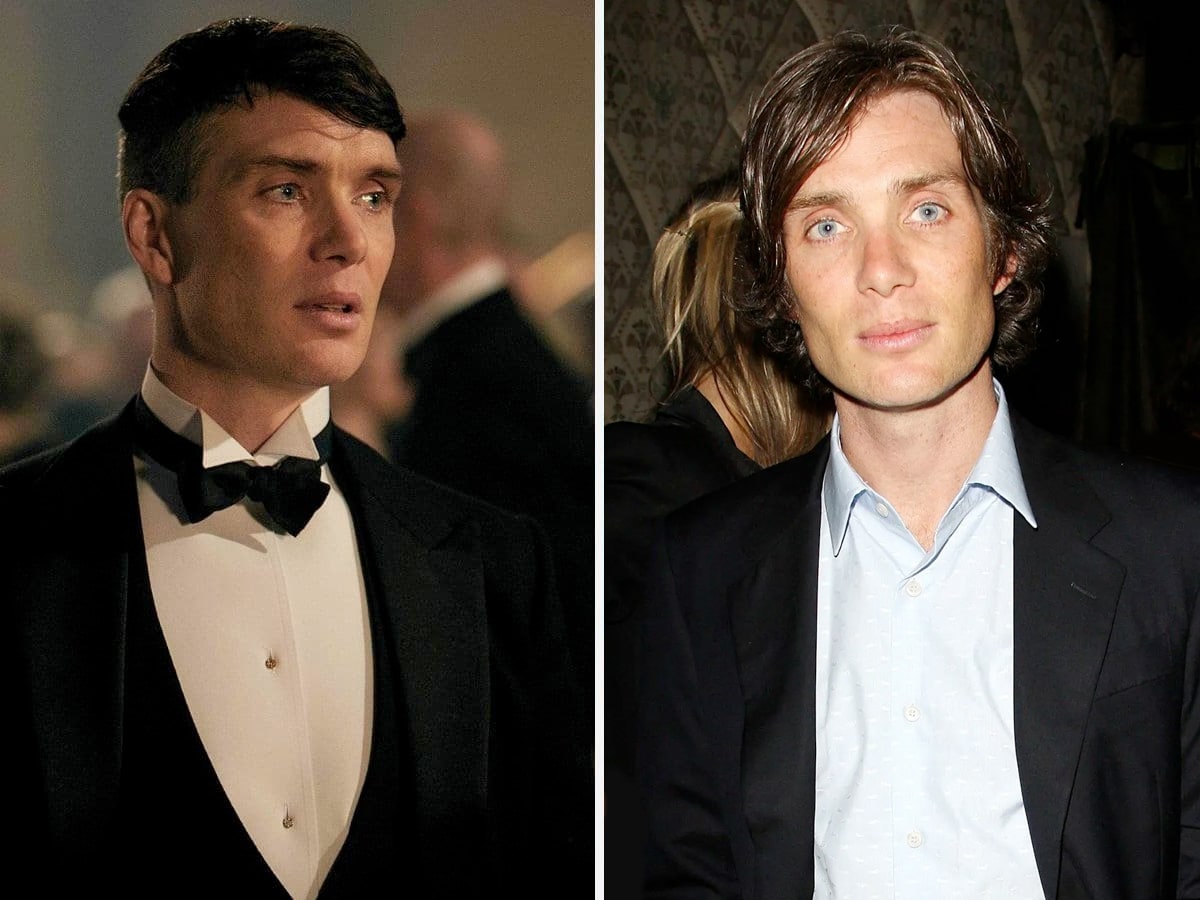 Irish actor Cillian Murphy has been part of many movies and television shows over the years most notably Christopher Nolan’s Dark Knight trilogy and Peaky Blinders. The actor has been seen with the signature Shelby undercut, as well as a longer more modern cut. His fashion, unlike his on-screen character, showcases a more modern, casual style, heavily featuring striped t-shirts, denim and loose-fitting woollen sweaters. However, when it comes to suiting, Murphy and Shelby share the use of a neutral colour palette, mixing and matching greys, navy, and charcoal for a sartorially suave look.

Wondering who the real Thomas Shelby of Peaky Blinders was? Check out the answer in our article right here. 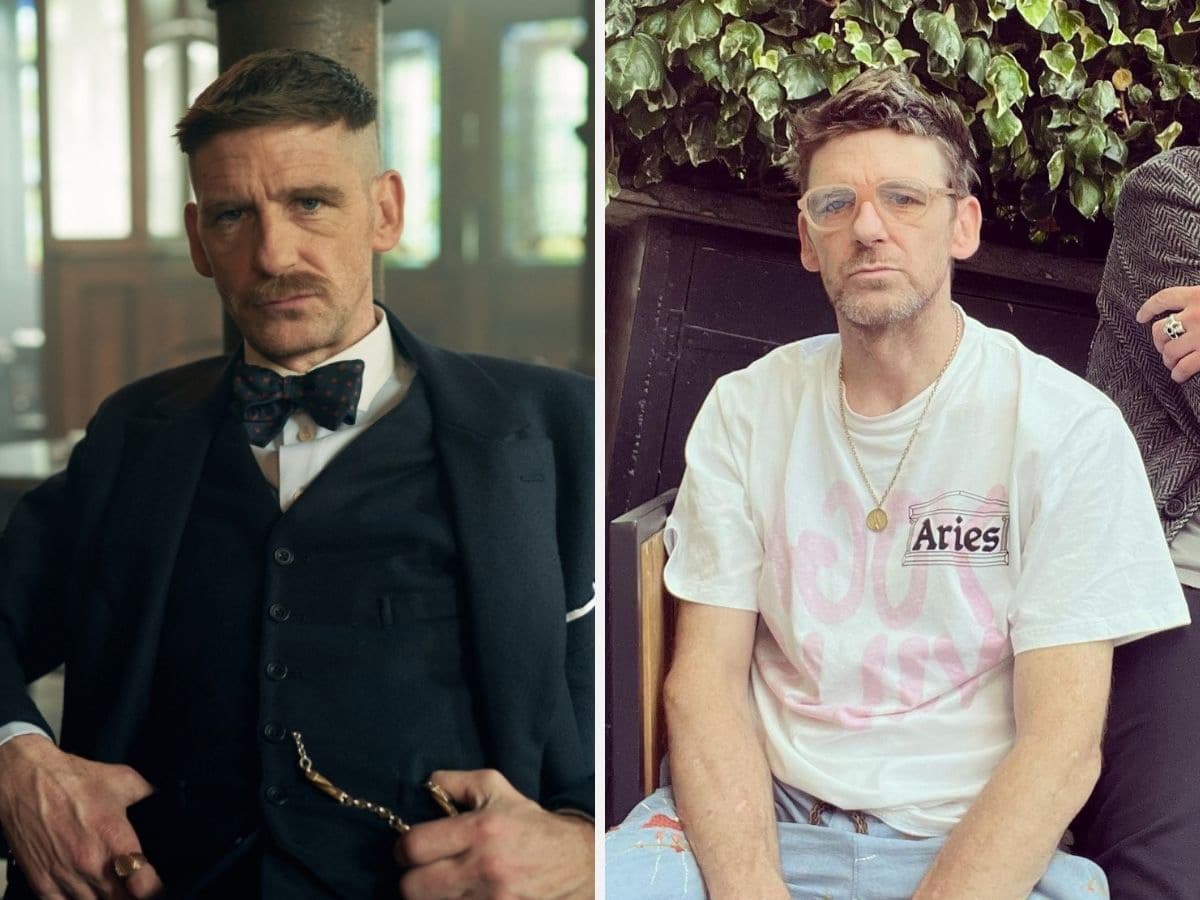 English actor Paul Anderson is best known for his role as Arthur Shelby Jr. in Peaky Blinders. Unlike his on-screen character, Anderson doesn’t have the robust ’20s-style moustache, rather he favours a more clean-shaven look. Apart from carpet events, Anderson can rarely be seen in a suit, as the English actor, like co-star Murphy, advocates for a more modern style, with jeans, hoodies and other pieces. 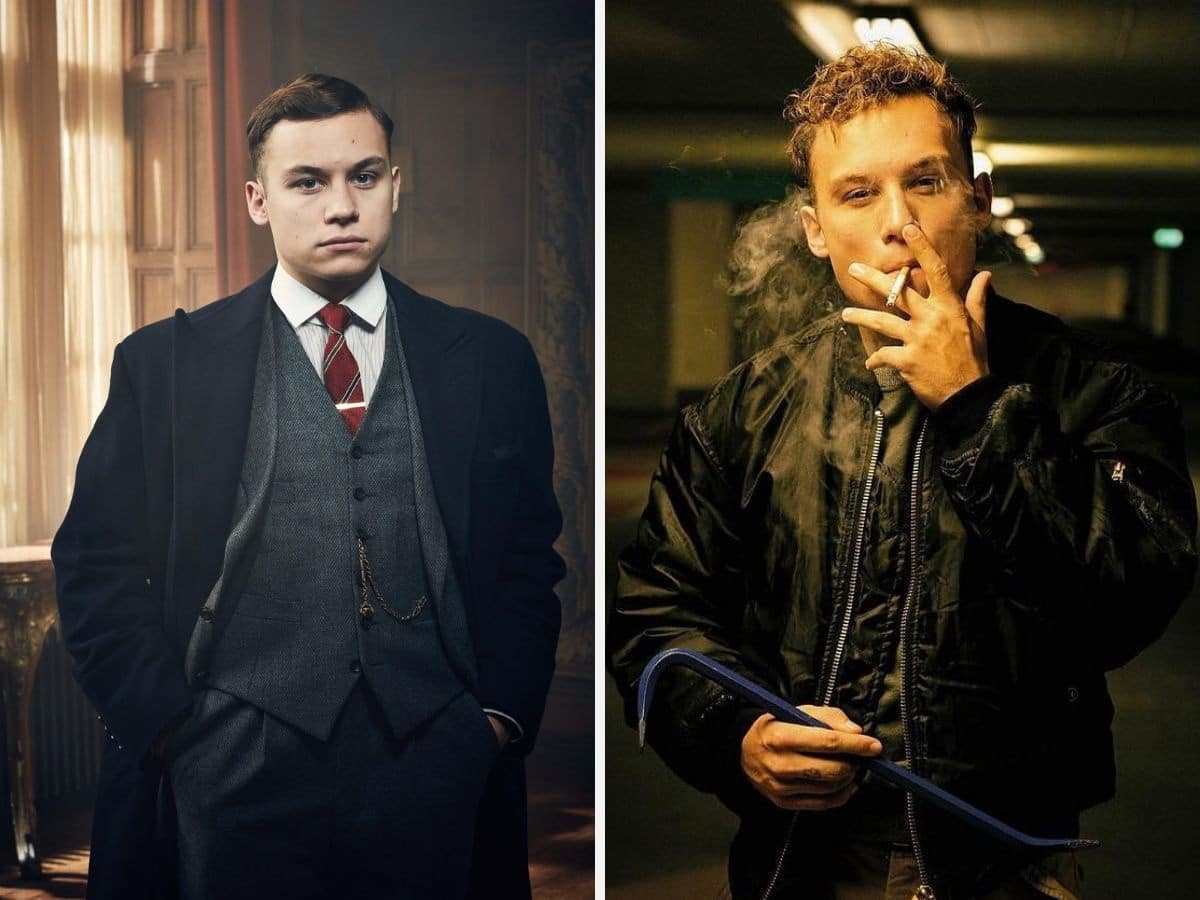 Unlike his character Michael Gray, English actor Finn Cole doesn’t walk the streets in a three-piece tailored suit. Unless of course, he’s at a carpeted event. But to say that Cole doesn’t have style would be unwarranted. The English actor can primarily be seen wearing tailored pants, well-fitting clothing and the occasional blazer, showing that he and his on-screen character both share a keen eye for style. 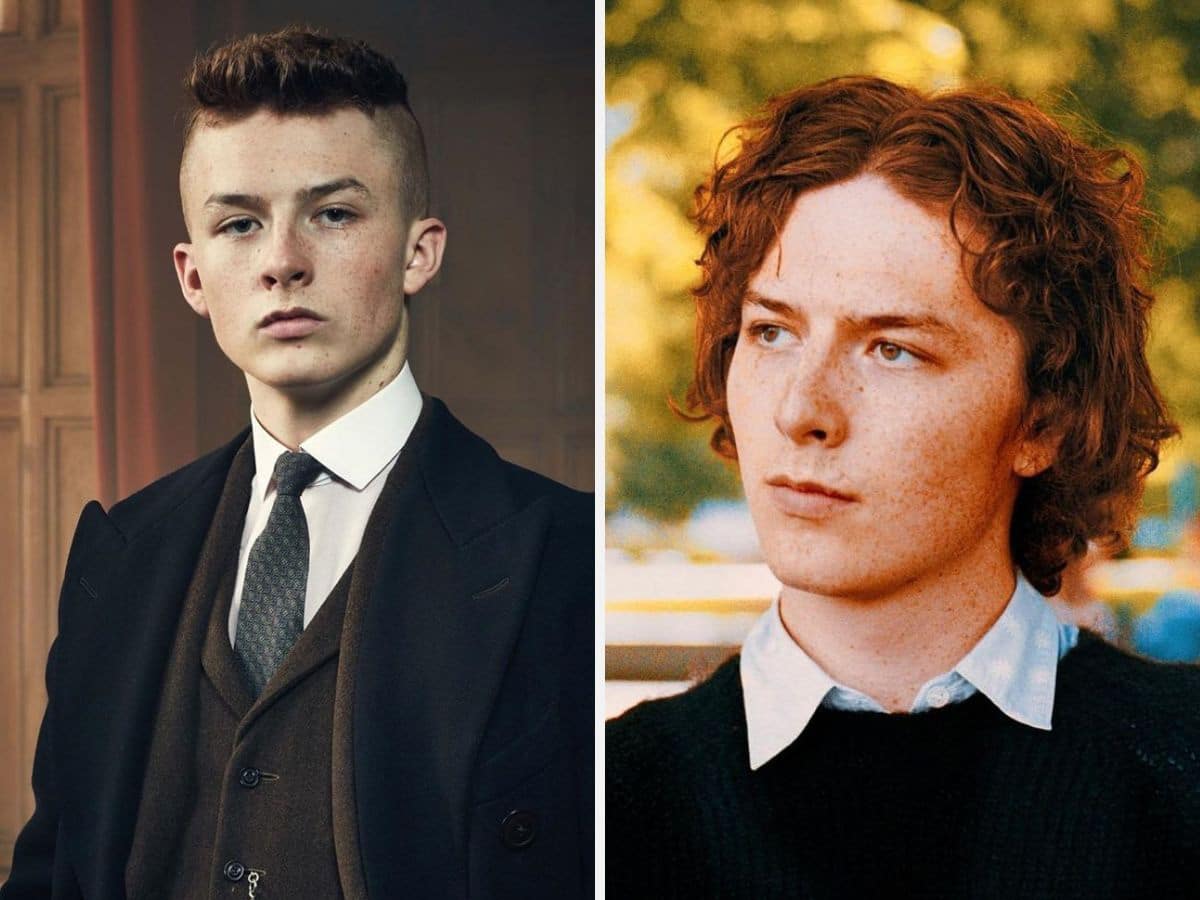 English actor and model Harry Kirton is known for his signature curls, unlike his character Finn who’s known for his slicked-back undercut in the Shelbys’ signature style. Kirton, regularly sports his own fashionable styles when he’s out and about, however, when on the red carpet the similarities between he and his character are easier to notice, as Kirton adopts suiting styles from the Shelbys. 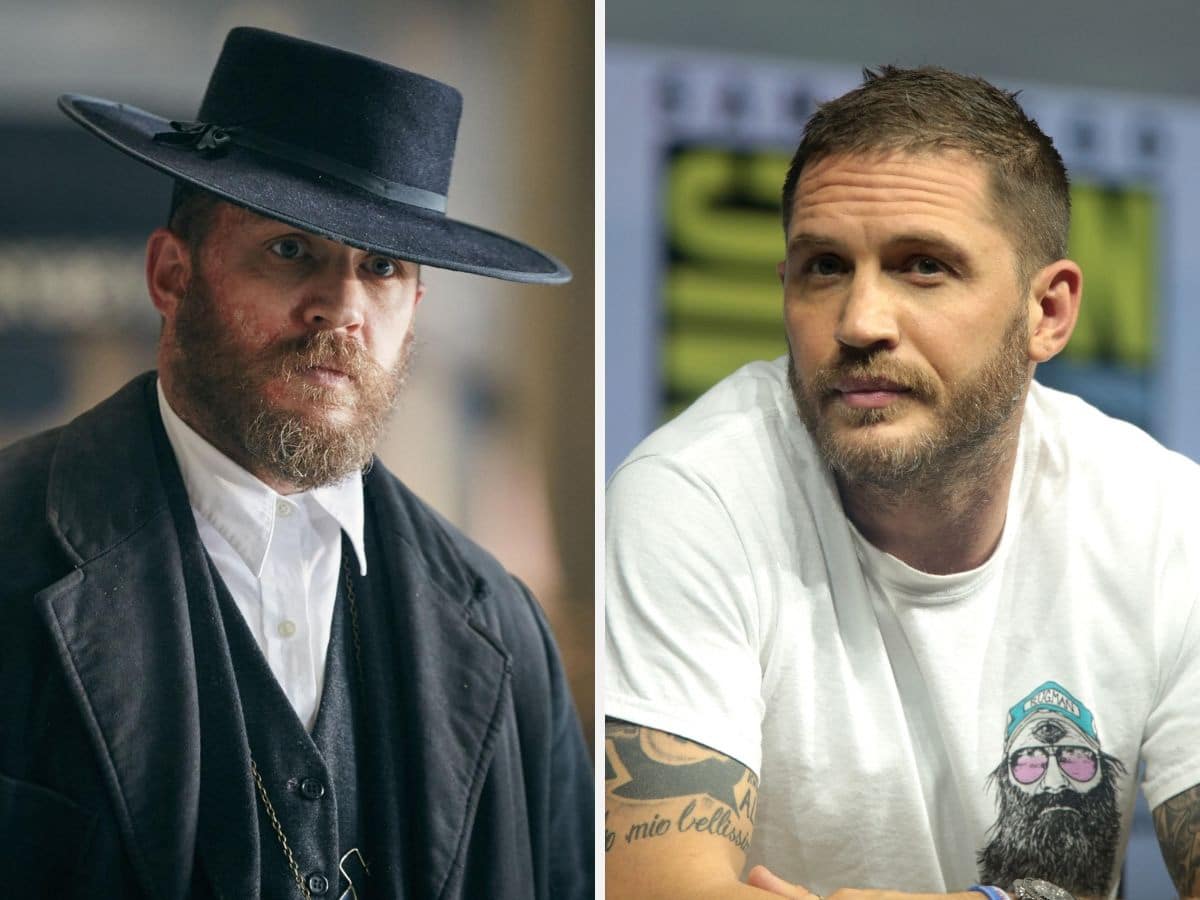 Tom Hardy is a famous and much-loved English actor. From movies to television Hardy’s characters usually become fan favourites. Much like his Peaky Blinders character Alfie Solomons, who gave audiences a couple of surprises throughout the series.  From casual styles of jeans and t-shirts all the way to full three-piece suits, Hardy is known to be a stylish man. Just like his on-screen character Alfie, Hardy is a fan of facial hair, often sporting a beard, although he can also be spotted clean or with kept stubble. 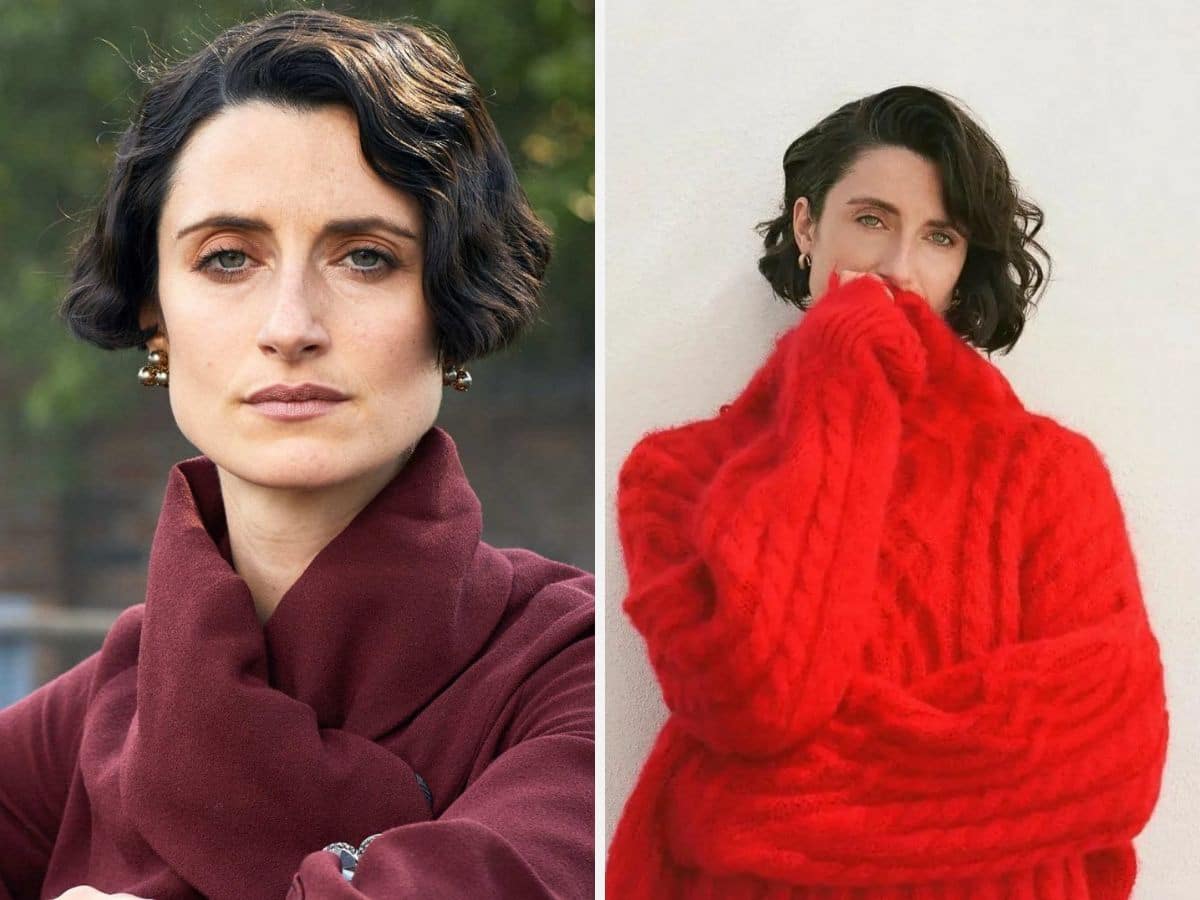 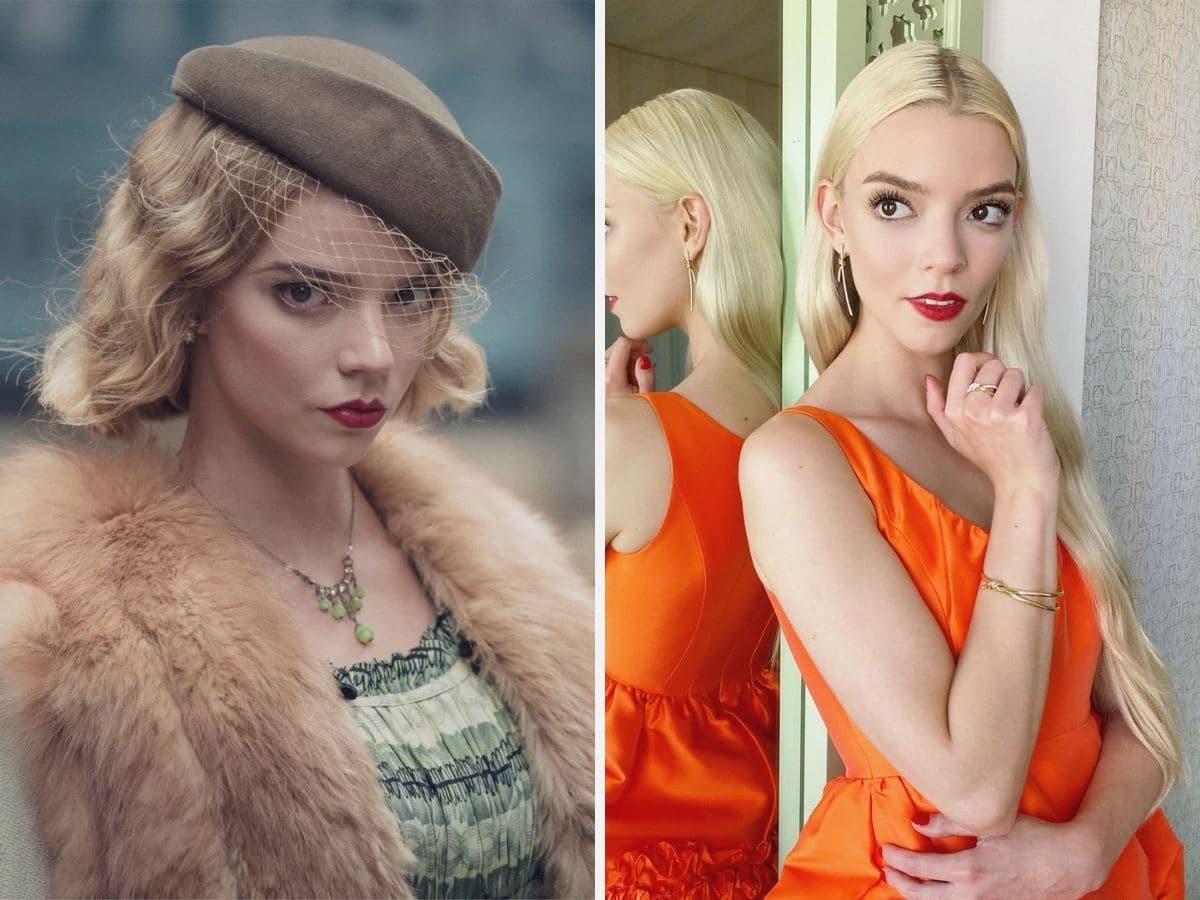 Anya Taylor-Joy is an American actress who has been in many successful movies and television shows. Along with her notability on screen, Anya Taylor-Joy is also praised for her style, as is her on-screen character Gina Gray. Anya often takes inspiration from vintage looks, modernising them to create her own signature style. 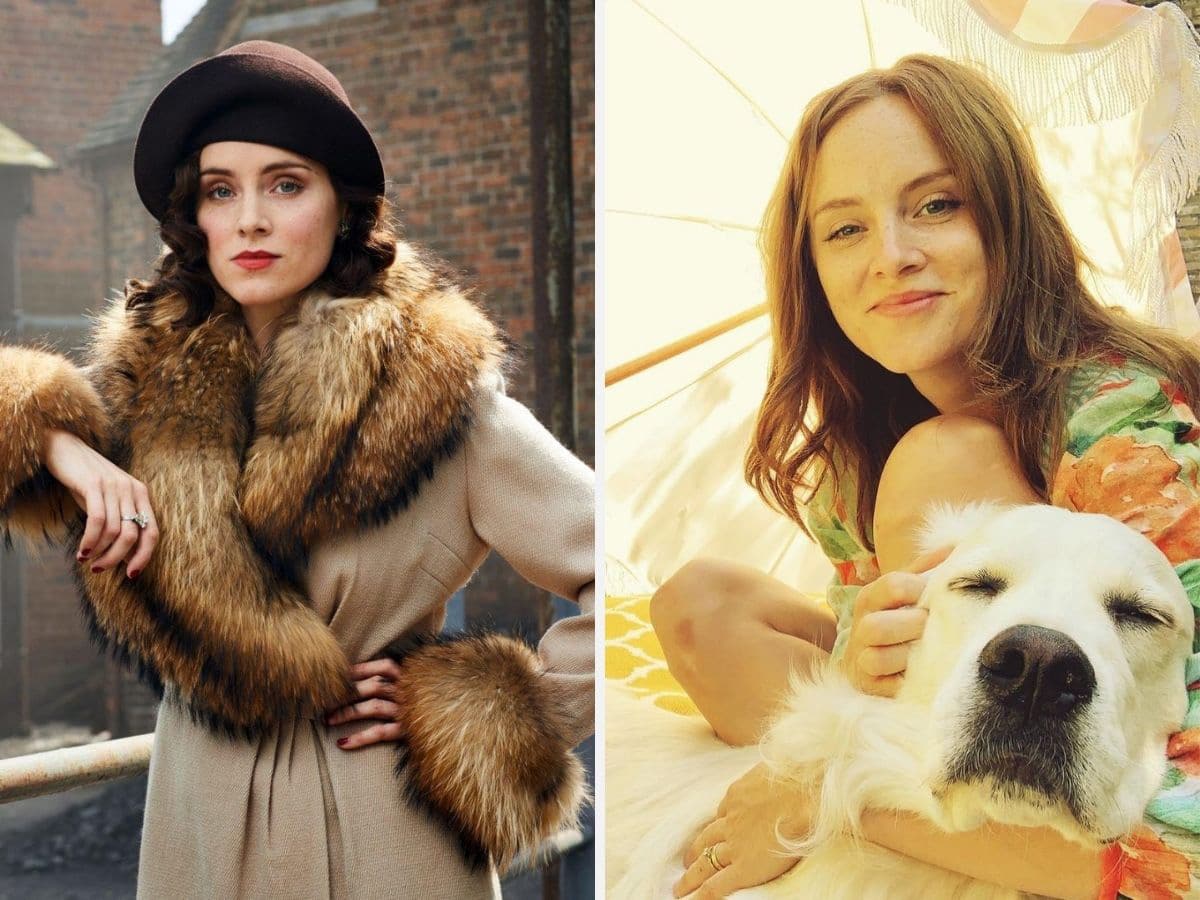 English actress Sophie Rundle is known for her signature long blonde waves, unlike her character Ada Shelby whose defining feature is her brunette bob. Rundle primarily leans towards more modern fashion, but isn’t a stranger to adopting vintage pieces. Unlike her conservative on-screen character Linda, British actress Kate Phillips is known to push boundaries with her fashion. She often wears bright bold colours, unlike Arthur’s religious wife Linda who sticks to more muted tones with the occasional accessory. 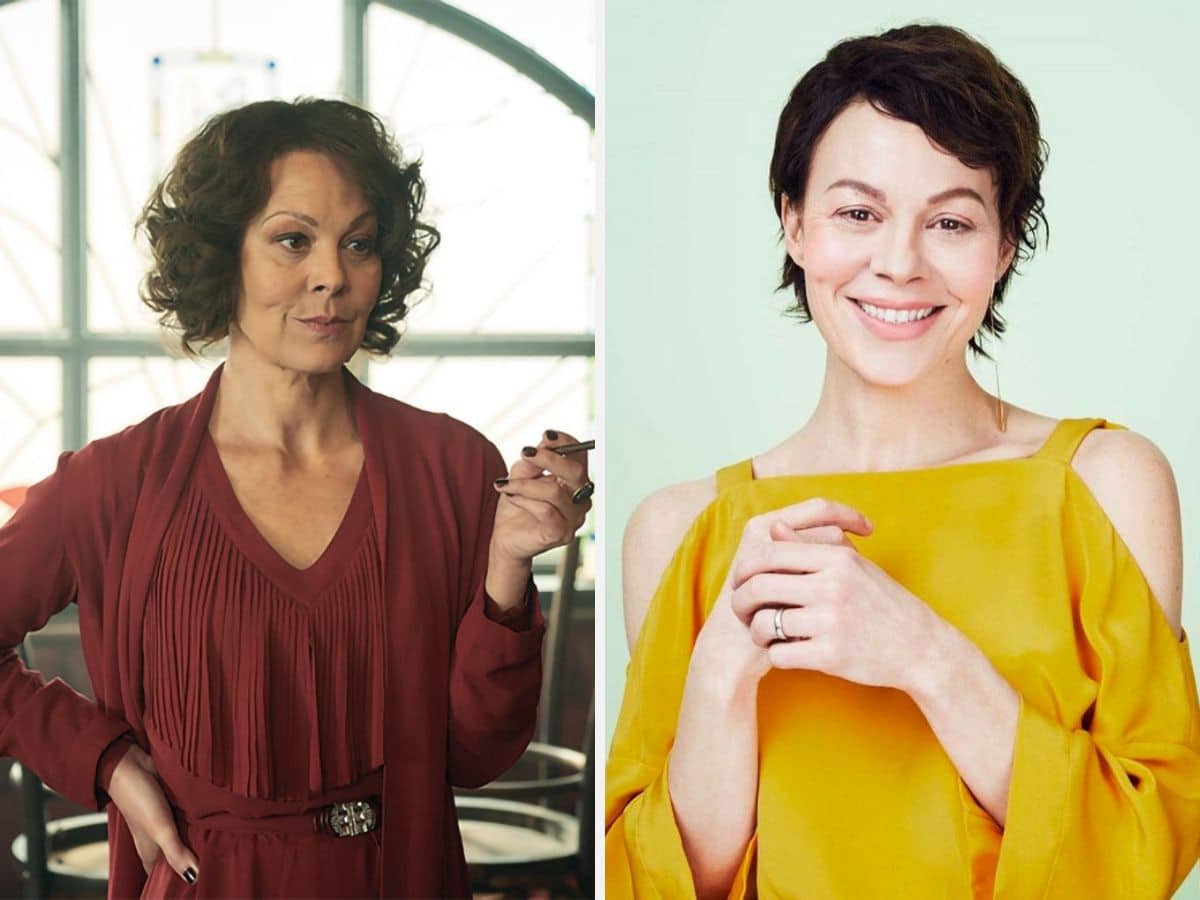 Helen McCrory was a well-known and highly celebrated English actress. Her on-screen character Polly Gray was much loved. Polly and Helen were both known for their elegance and class. Polly wore fashionable dresses and gowns and paired them perfectly with accessories that further emphasised her elegance and class. Helen mimicked this in real life as she could always be seen in fashionable dresses and pieces.

Do the Peaky Blinders cast look similar in real life? 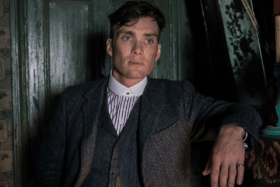 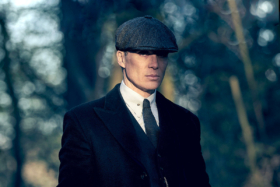 Movies & TV
Peaky Blinders Season 6: Everything You Need to Know