Heavy is the head that wears the crown, but a few hundred million dollars usually lightens the load. Four-time NBA Regular Season MVP and arguably the greatest basketball player of all time, LeBron James, has penned a two-year USD$97.1 million (AUD$140 million) contract extension with the Los Angeles Lakers. The new sports deal also houses a third-year player option that James could exercise, keeping him in the league until 2025, but more importantly, the cheques rolling in. Even if James doesn’t pick up his third-year option, the latest contract extension will push his guaranteed earnings over USD$532 million (AUD$767 million), making him the highest-paid player in NBA history. Not bad for a ‘just a kid from Akron’. First reported by ESPN and The Athletic, the new LeBron James contract extension is a significant development for a number of reasons. Not only does the announcement cement James at the top of basketball’s earnings totem pole, courtesy of a 15 per cent trade kicker that is integrated into the deal, it also keeps a long-held playing dream alive. For years, NBA fans have speculated that the forward-turned Space Jam star would hold off on retiring until his oldest son Bronny made his way into the league, setting up a mouth-watering father-son narrative that would dominate sports media and bring a new intrigue to the game. By the time the 2025 season rolls around, Bronny will be 20 years old and eligible to make a rookie debut alongside his famous father.

Remarkably, the only concern with that pipedream is whether Bronny can elevate his game to NBA level, because as the 2021-22 season proved, LeBron James Snr. is showing no signs of slowing down. The 37-year-old four-time NBA Champion had a challenging year on the win-loss sheet, with his Lakers failing to make the playoffs, however, individually, the season was one of his best in recent memory. Despite only suiting for a total of 56 games, James took over the offence, finishing the season with averages of 30.3 points, 8.2 rebounds and 6.2 assists, his best scoring output since 2005-06. 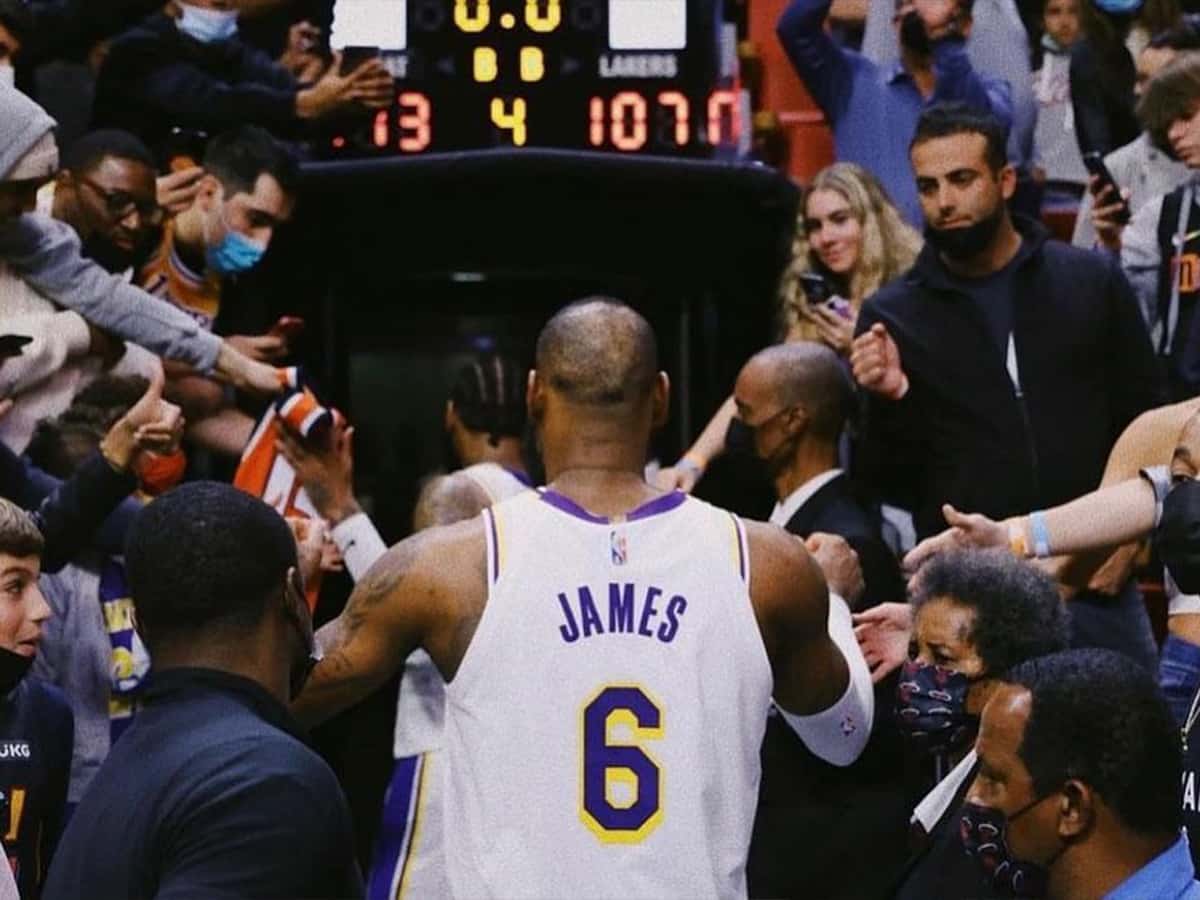 The new contract extension also all but confirms James is on track to smash another record, this time on the court. The 17-time All-Star is just 1,315 points behind all-time NBA leading scoring Kareem Abdul-Jabbar, meaning he’ll need to average just 16.2 points per game to claim the title. Barring anything catastrophic, it should be an easy task for James, who over 19 seasons in the league has put up an average of 27.1 points. Considering James already holds the record for most All-NBA selections, most First-Team All-NBA honours, most consecutive double-digit scoring games and the esteemed honour of being the only player in NBA history to record at least 30,000 points, 10,000 rebounds, and 10,000 assists, what’s another record to add to the list?

Perhaps most impressive of all, that record-breaking mentality appears to run in the family. If and when Bronny finally makes his way into the league, he’ll already boast the record for the highest-scoring Father-Son duo in NBA history, although he can’t really take too much credit for that.

With the new LeBron James contract extension now confirmed, the basketball star is set to become the highest-paid player in NBA history. Here, we’ve broken down LeBron’s contract in detail, explaining how much the Lakers forward is set to earn over the next few seasons. Importantly, in 2025, James’ contract will expire, allowing him to hit unrestricted free agency the same year that his son Bronny is expected to be drafted into the NBA. If he does play on and joins his son somewhere in the league, you can expect those career earnings to rise even further.

How much is LeBron James' salary?

How long is LeBron James' contract?

As reported by ESPN and The Athletic, LeBron James has signed a new two-year contract with the Los Angeles Lakers. The deal will see him stay with the organisation until at least the 2025 season, at which point he will be eligible to enter unrestricted free agency.